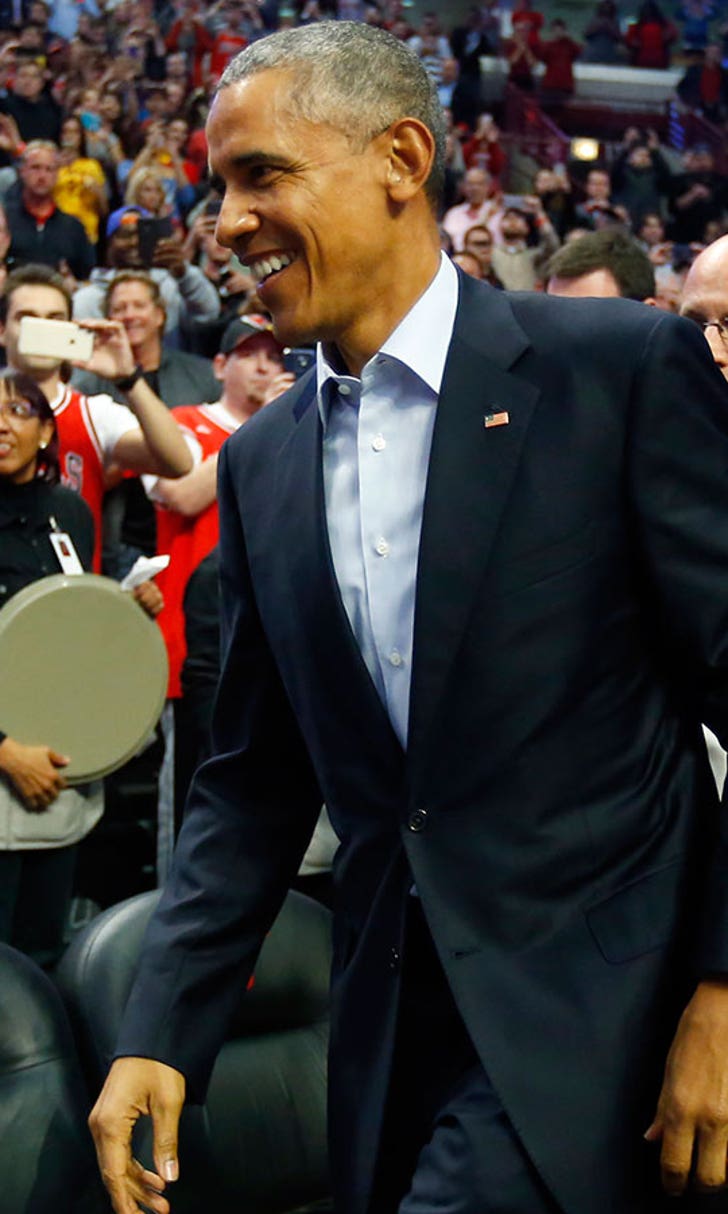 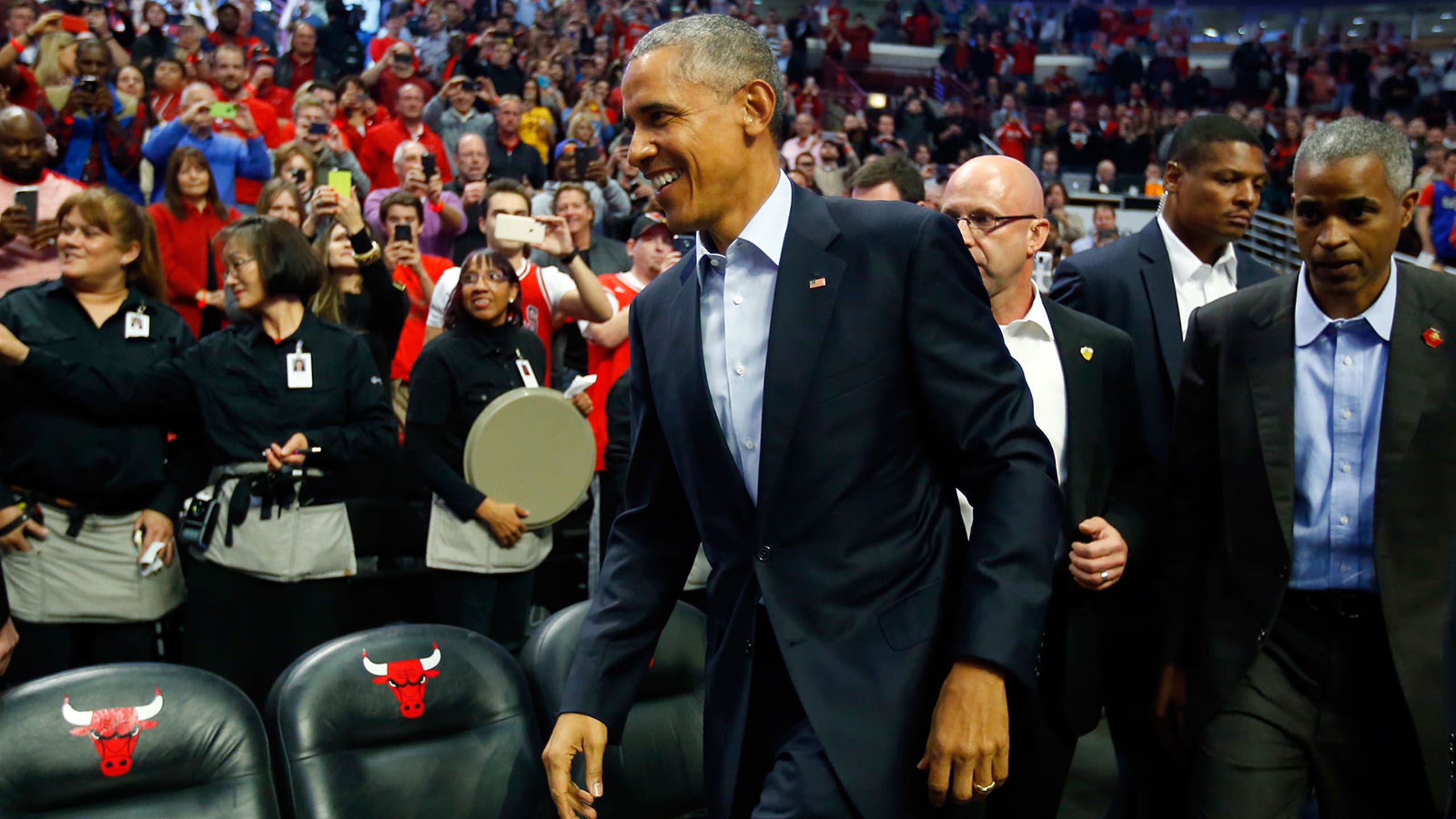 previous story
NFL investigators spoke to police about Manziel incident
next story
That was fast: Escobar's inside the park HR ambushes Mets in Game 1 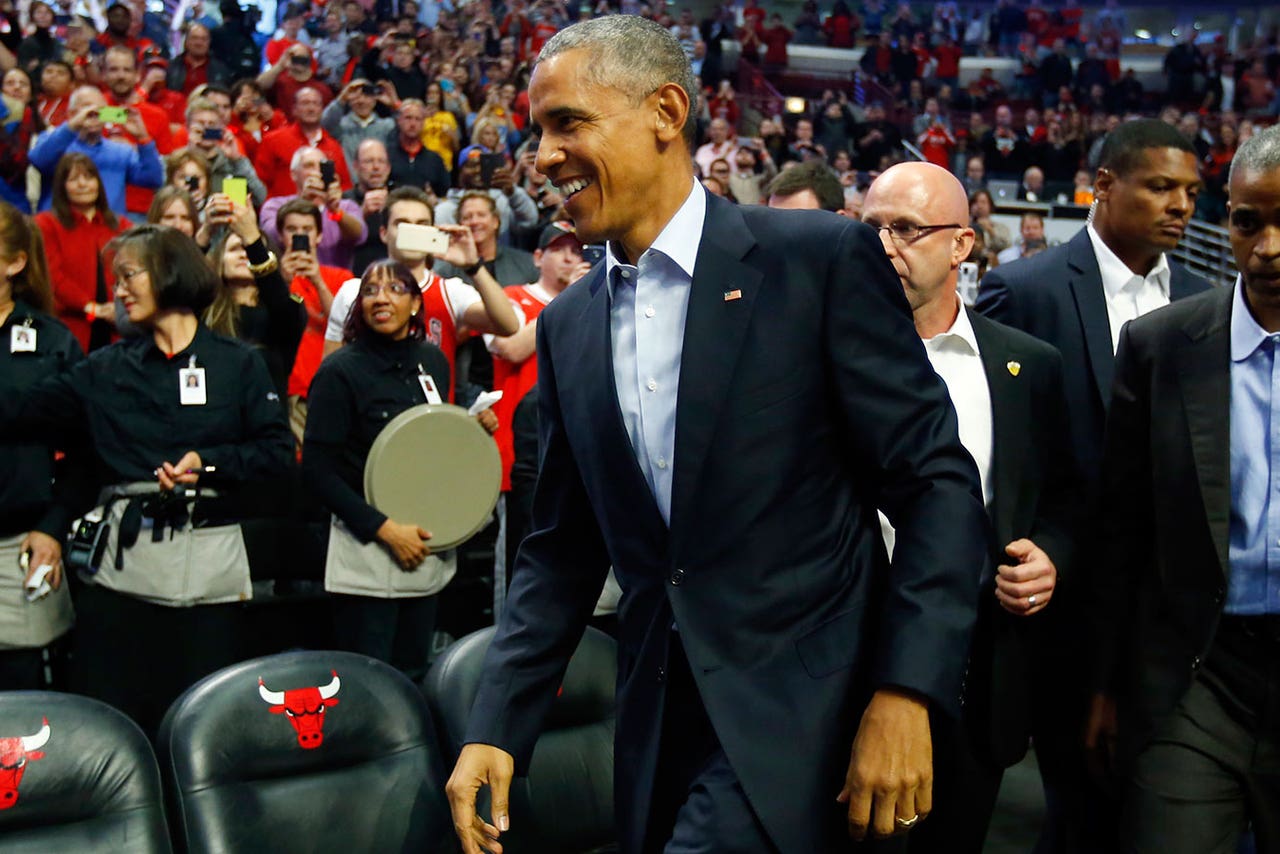 President Barack Obama spent a whirlwind Tuesday back in his hometown.

In less than a full day, he spoke to a gathering of police chiefs, raised money for fellow Democrats at back-to-back-fundraisers, sat courtside at the Chicago Bulls' season opener against the Cleveland Cavaliers, and poked back at those who predicted he'd be a lame duck during his final two years in office.

How did he cap it off? By curling up in his own bed for the first time in nearly a year.

Obama was pretty much written off last November when Republicans won control of Congress after trouncing Senate Democrats in the midterm election. He was expected by some not to accomplish much of anything during what he sometimes calls the "fourth quarter of my presidency."

That's why I love @POTUS, because he is the most versatile President we have ever had!

But since then, Obama has achieved some longstanding policy goals, including restoring diplomatic relations with Cuba after decades of animosity, joining other world powers to negotiate a nuclear deal with Iran and, this week, reaching a budget deal with congressional leaders just days before a feared first-ever U.S. default.

"About a year and a half ago, people were saying I was a lame duck," Obama noted wryly at a Democratic National Committee fundraiser at the Pump Room restaurant, where about 80 guests had paid up to $33,400 each to dine on chicken and polenta in the company of the president.

Instead, he said, "We've been flapping our wings a lot."

From there, the nation's No. 1 basketball fan headed to the United Center to watch his favorite team, the Bulls, and one of his favorite players, Cleveland's LeBron James.

A tieless Obama arrived on the court for the start of the second quarter, shaking hands with spectators in the front row and waving to others out of his reach. He removed his suit jacket as he took a seat next to longtime pal Marty Nesbitt, a businessman and chairman of the Barack Obama Foundation, which is planning for Obama's future presidential library.

Obama gave a brief interview to TNT, thanking the NBA for supporting his "My Brother's Keeper" initiative to help boys and young men of color.

"It's a program to make sure that all of us are supporting disadvantaged youth and particularly disadvantaged boys," he said. "The NBA stepped up, every team in the league is sponsoring mentorship programs." He noted that his wife, Michelle, appeared with James in Akron, Ohio, last week to promote his college scholarship program.

"That kind of character that we see in the NBA is really making a difference," Obama said.

Obama also addressed a $33,400-per-ticket Senate Democratic fundraiser that was closed to media coverage. He spent the night at his home in Chicago and was scheduled to return to the White House on Wednesday afternoon.

All-Star squads selected
LeBron James and Kevin Durant picked their squads for Sunday's NBA All-Star Game, and there was plenty of talent to choose from.
5 mins ago

All Love In H-Town
Even after an ugly breakup, James Harden got a warm welcome from the team and fans with whom he spent eight seasons, Melissa Rohlin writes.
20 hours ago

At His Bearded Best
In the midst of the Brooklyn experiment, one of the Nets' "Big 3" is remarkably making a case for the league's highest honor.
2 days ago
those were the latest stories
Want to see more?
View All Stories
Fox Sports™ and © 2021 Fox Media LLC and Fox Sports Interactive Media, LLC. All rights reserved. Use of this website (including any and all parts and components) constitutes your acceptance of these Terms of Use and Updated Privacy Policy. Advertising Choices. Do Not Sell my Personal Info