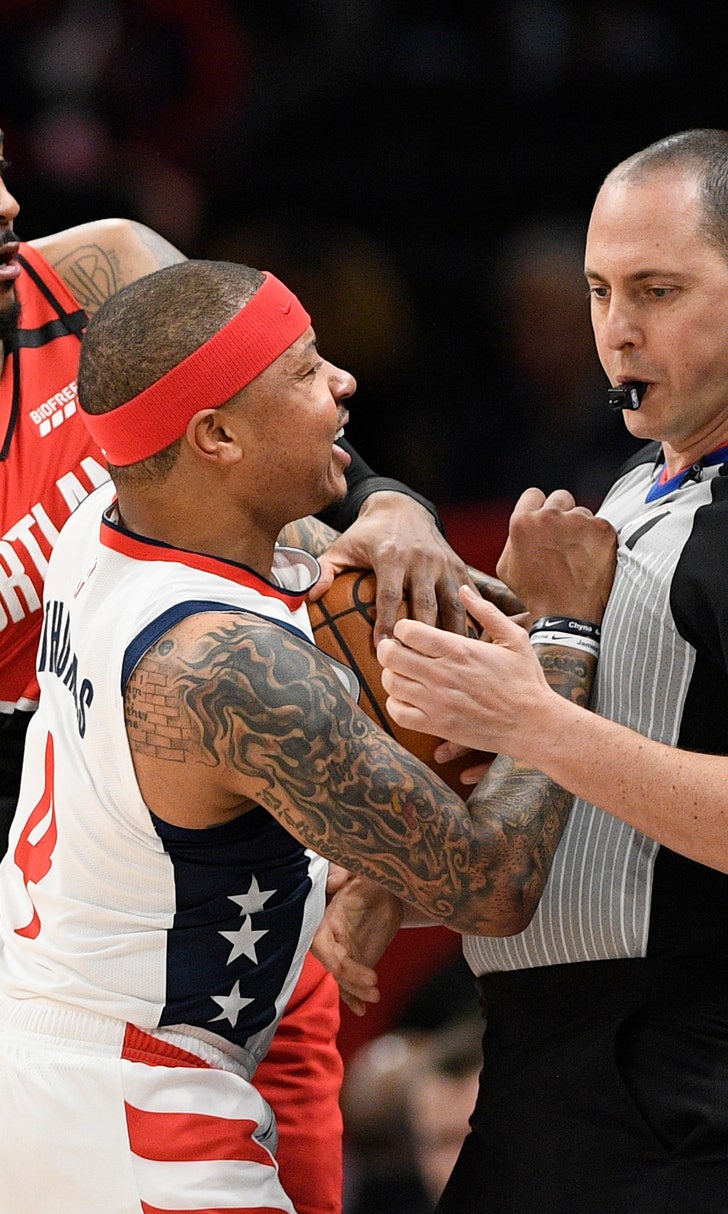 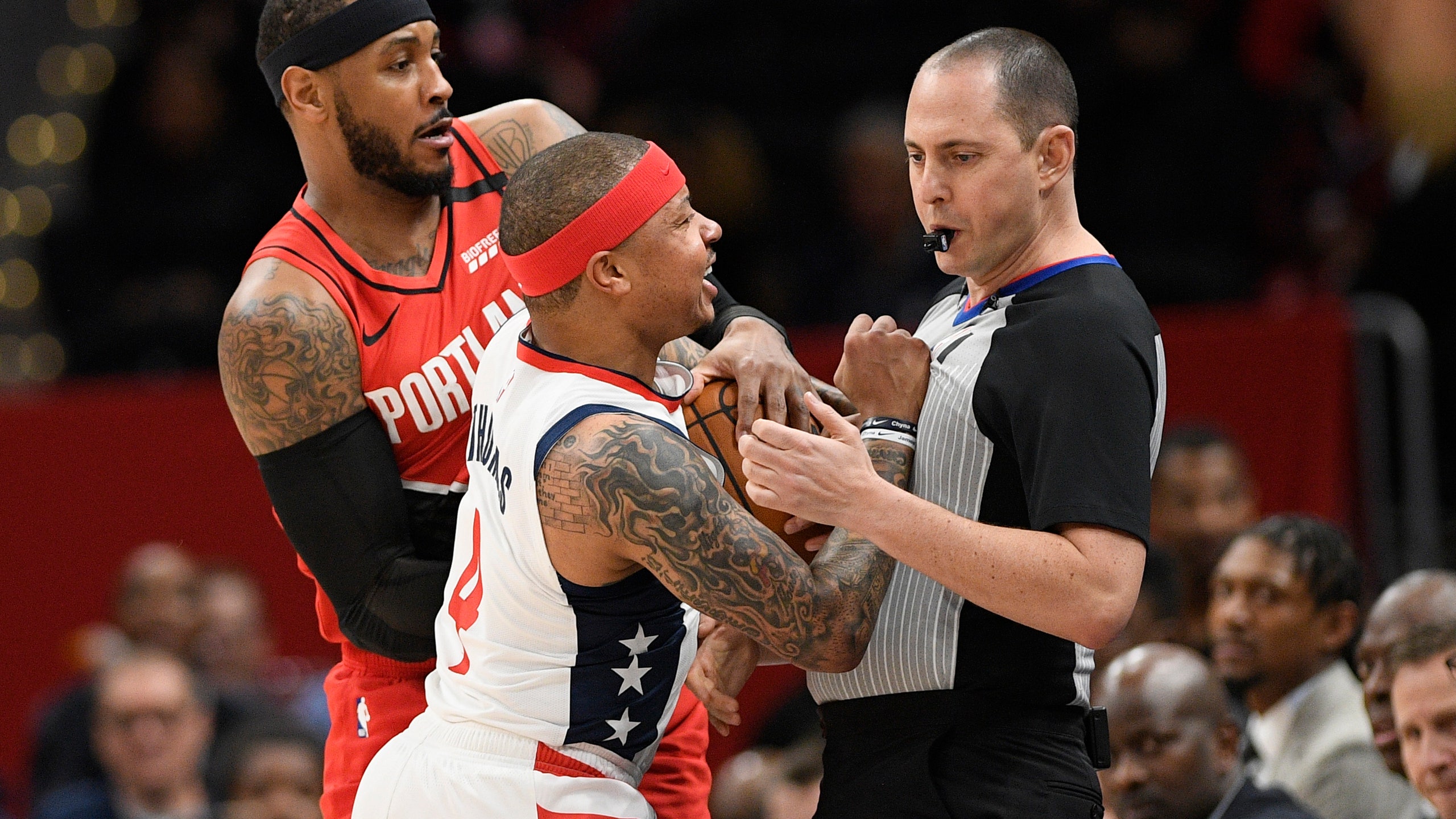 WASHINGTON (AP) — The Washington Wizards were already short-handed, then lost Isaiah Thomas not even 90 seconds into the game when he was ejected for making contact with a referee.

That left them too depleted to keep up with the Portland Trail Blazers and their potent backcourt.

“A lot of winnable games we kind of squandered, so this was one we needed to get,” McColllum said after he and Lillard bounced back from combined 11-of-36 shooting in a loss to the Knicks. “Now we've got to move forward.”

Thomas was tied up along the sideline by Portland's Carmelo Anthony. As he broke away from Anthony he made contact with referee Marat Kogut, who stumbled. Thomas was throw out with 10:32 left in the opening quarter.

“I mean I had a different view of it obviously," he said. "They were in a scrum and they were fighting for the ball, a jump ball. I had a view that it looked like he lost his balance but (Kogut) had a better view and then they looked at it. They looked at it so you would hope they made the right call.”

Thomas wasn't in the locker room after the game.

“I didn't really pay much attention to the contact and I was standing right there,” Lillard said. “I thought he just fell into him. And that was it. They reviewed it and they kind of stood their ground on it. So I guess what they thought happened, happened.”

Thomas received a two-game suspension after walking into the stands to confront two fans following a timeout in Philadelphia on Dec. 21.

Jordan McRae scored a season-high 35 points, including 13 in the fourth quarter, for Washington. Garrison Mathews added 18 points and Ish Smith scored 16 for the Wizards, who have lost four of five.

Beal is day-to-day. He returned Wednesday against Orlando after missing two games with lower leg soreness and collided with the Magic’s Jonathan Isaac early on. Brooks said the collision aggravated Beal’s injury.

McCollum started an 11-1 run in the third quarter with a jumper and then added a 3-pointer to make it 73-64. Whiteside scored four straight points on a tip-in and layup and, after a Washington free throw, Lillard hit two foul shots to put Portland up 79-65.

“We’re a young team," McRae said. “We’re trying to figure out ways to win those games in the last five minutes of the game. You’ve got to get stops, you’ve got to be efficient on the offensive end.”

Trail Blazers: Forward Mario Hezonja returned after missing four games because of lower back pain. … Lillard has scored at least 29 points in the teams’ last six matchups. … Whiteside has 26 double-doubles

Whiteside recorded his first 20-point, 20-rebound game of the season as the team played its second game of 2020.

“He has a knack around the basket,” coach Terry Stotts said. “As far as 20 rebounds, he goes after them. And he's got a lot of length. ... His scoring a lot of times, he's the beneficiary of passing but I thought he really went after some offensive rebounds and created some opportunities for himself.”

Trail Blazers: Continue road trip on Sunday when they visit the Miami Heat.

Dunk Disappointment
Fans never got a single dunk contest out of LeBron James. Skip Bayless and Shannon Sharpe give their best guesses as to why.
6 hours ago