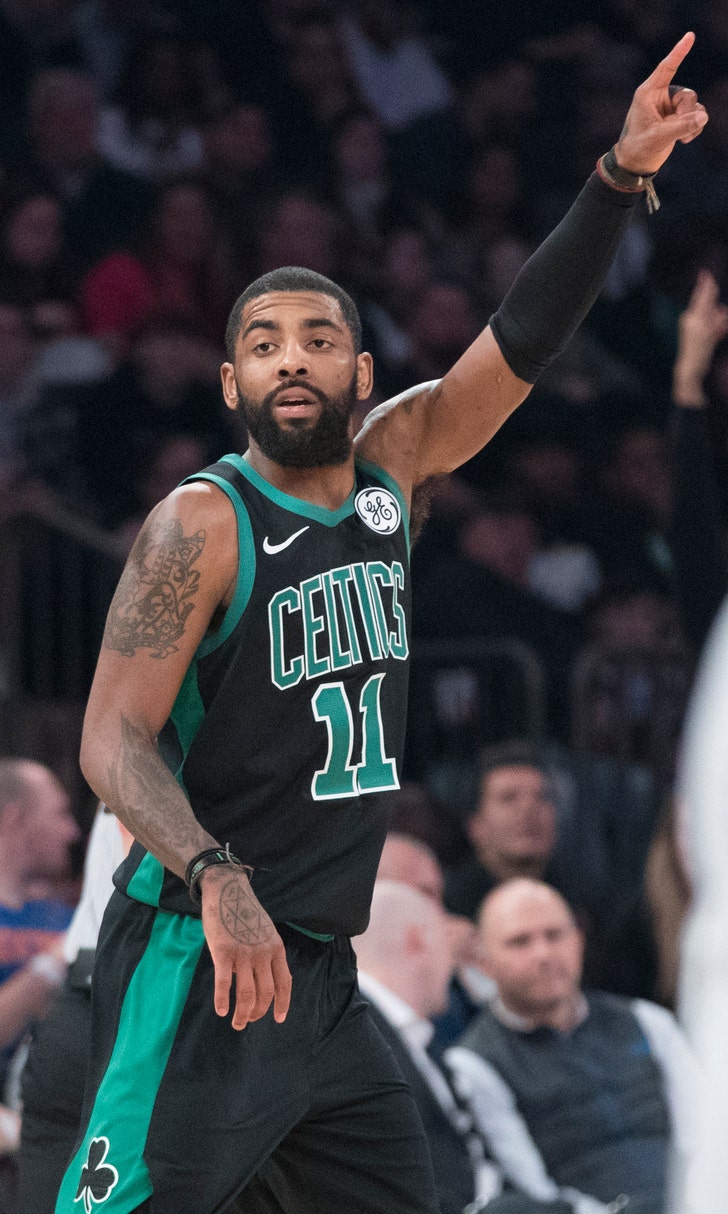 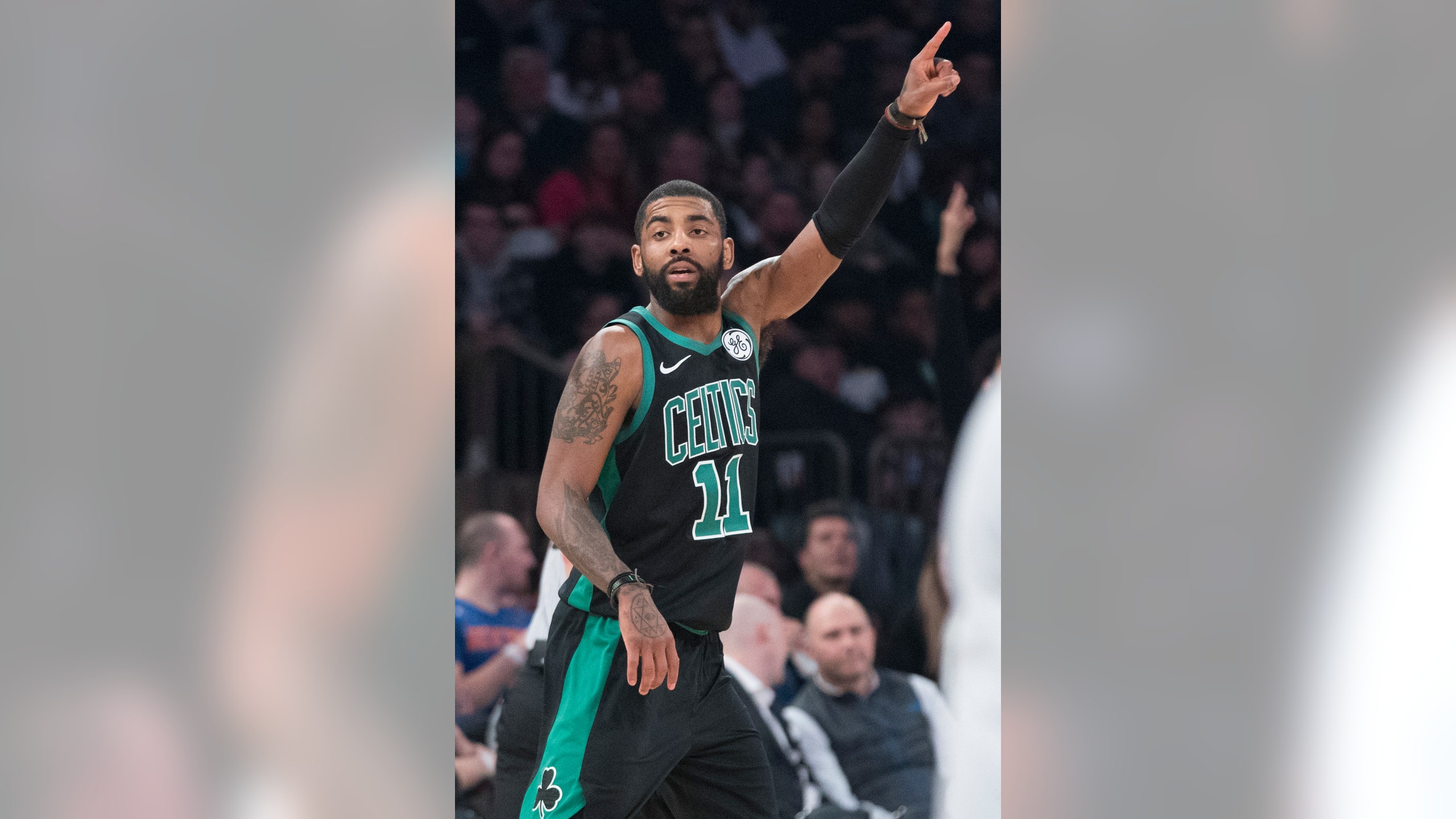 The trade to Dallas gave the Knicks money to chase two top free agents this summer and fans showed Irving that they want him to be one of them, cheering him before and during his return from a two-game absence with a hip injury.

Marcus Morris added 18 points for the Celtics, who won for the eighth time in nine games.

Damyean Dotson scored 22 points and Kevin Knox had 21 for the Knicks, who dropped their 12th straight.

Irving is one of the headline names in the 2019 free agent class, and though he said at a Celtics fan event last fall that he intended to re-sign in Boston, that may be no guarantee. He told reporters at the morning shootaround to "Ask me July 1" if his plans had changed.

Irving got a loud ovation when starting lineups were announced and again when he touched the ball early in the game. A brief "We want Kyrie! We want Kyrie!" chant echoed through the arena in the third quarter.

The Rockets' James Harden scored 30 points to extend his streak to 25 games of scoring 30 or more points. He needed a late 3-pointer to keep the streak alive, and it came well after the game was in hand for Denver.

The Nuggets couldn't stop Harden, but they ended a nine-game losing streak against Houston.

Torrey Craig had a career-high 22 points for the Rockets, who scored 43 points in the first quarter. Kenneth Faried scored a season-high 23 points against his former team.

Memphis suited up just 10 healthy players and was minus star Mike Conley, out because of soreness in his left knee. Starters Kyle Anderson and Jaren Jackson Jr. also were sidelined.

Williams' 26-foot shot with 2:55 left tied it, and his deep jumper 38 seconds later gave the Hornets the lead for good at 93-90. Williams finished with 16 points.

Malik Monk scored 14 of his 20 points in the fourth quarter. The Hornets were shooting just 36.8 percent from 3-point distance through the third quarter.

Biyombo had just one point but he blocked JaMychal Green's dunk attempt with 1:48 to go and swatted away a layup attempt by Shelvin Mack 20 seconds later. He finished with seven rebounds and three blocks.

Mack led Memphis with 19 points and nine assists and Justin Holiday and Ivan Rabb added 15 points each for the Grizzlies.

Russell Westbrook got his fifth straight triple-double and 18th of the season, finishing with 14 points, 12 rebounds and 14 assists. Steven Adams added 13 for the Thunder.

Oklahoma City beat Miami for the sixth straight time, and became the second team to have two separate winning streaks of at least seven games this season. Golden State is the other, with streaks of 11 and eight games.

Kelly Olynyk scored 21 for Miami, which fell to the No. 8 spot in the Eastern Conference. Josh Richardson scored 18 and Hassan Whiteside finished with 12 points and 16 rebounds for the Heat.