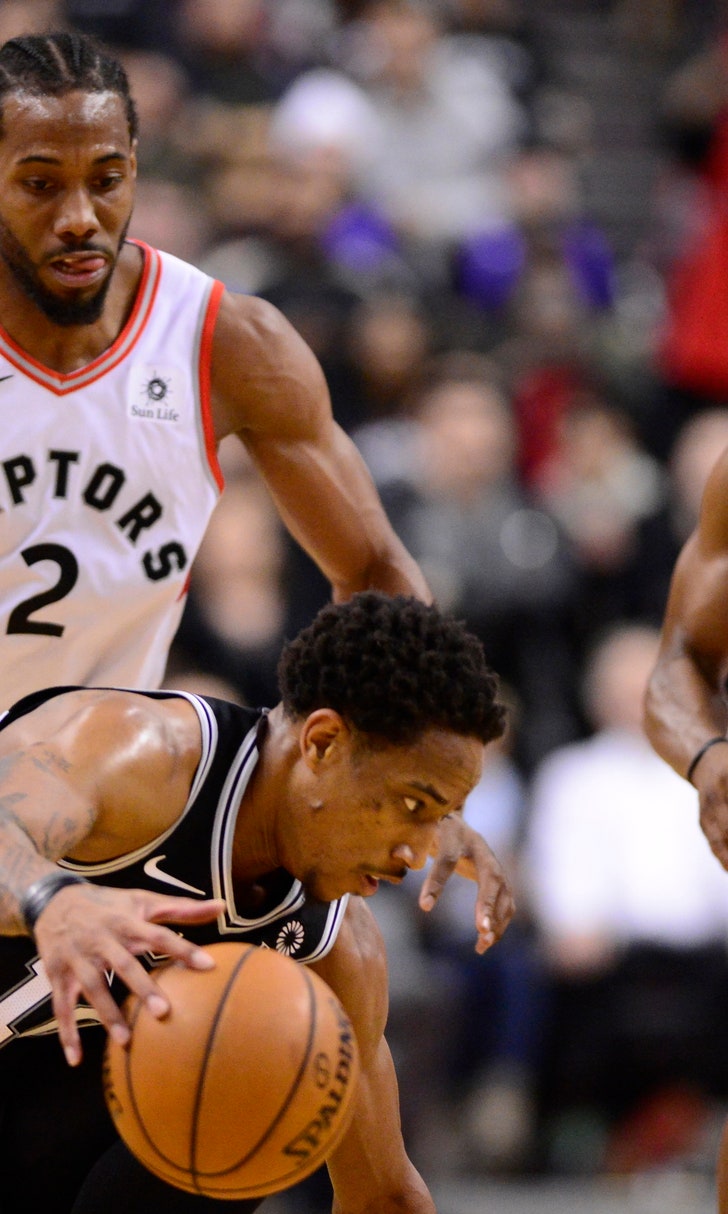 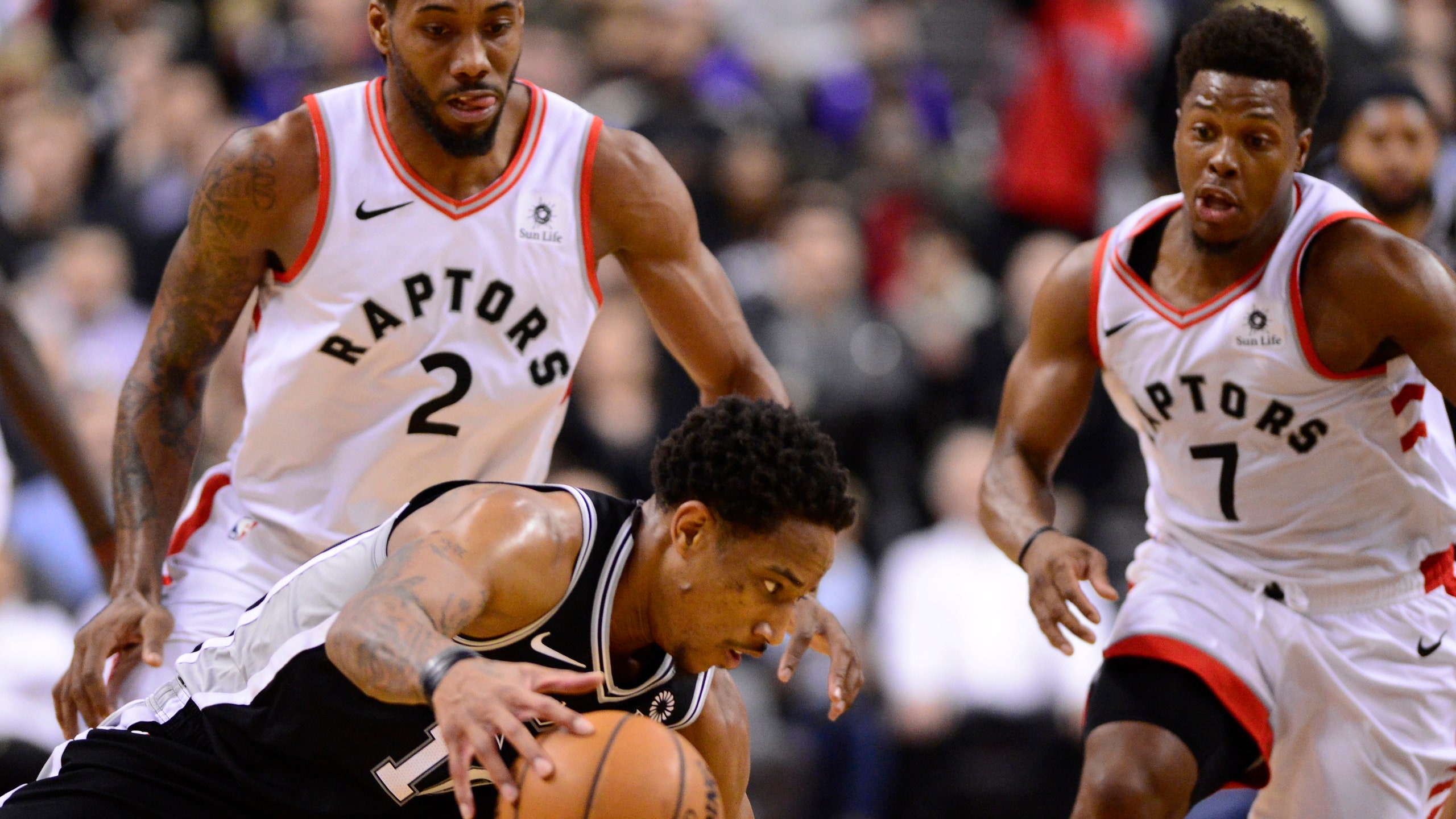 Leonard stole the ball from DeRozan at midcourt and raced in alone for a one-handed slam.

Traded to San Antonio in the offseason deal that sent Leonard to Toronto, DeRozan received a warm welcome in the homecoming, but was denied a second victory over his former team. He finished with 23 points.

Lowry and DeRozan embraced near center court following the final whistle as the sellout crowd of 20,058 cheered in approval.

Pascal Siakam added 22 points to help Toronto win its seventh straight game. Kyle Lowry and Danny Green each had 17, Serge Ibaka had 13 points and 15 rebounds, and Jeremy Lin had 11 points in his second game with the Raptors.

OKLAHOMA CITY (AP) — Paul George floated in a basket with less than a second remaining in double-overtime, capping a 45-point night with the winning shot as Oklahoma City topped Utah.

George dribbled out the final seconds before driving between two defenders and floating in a shot with 0.8 seconds left. Kyle Korver got off a desperate 3 for Utah, but it went long as the buzzer sounded.

Jerami Grant had 18 points for the Thunder.

Towns' streak of 303 consecutive starts was snapped when he was placed in the concussion protocol after a car accident. Towns was able to fly to New York after the accident Thursday in Minnesota, but was ruled out after further medical examination Friday.

Damyean Dotson and Allonzo Trier each scored 20 points for the Knicks in their 18th straight home loss.

Paul Millsap added 17 points and 13 rebounds, and Isaiah Thomas had 16 points over 16 minutes in his second game since offseason hip surgery.

Dallas rookie star Luka Doncic sat out with a sore right ankle. Jalen Brunson started in Doncic's place and had a career-high 22 points.

Reggie Jackson scored a season-high 32 points, and Andre Drummond had 26 points and 21 rebounds for Detroit. Griffin was ejected after his second technical foul in the third quarter.

INDIANAPOLIS (AP) — Wesley Matthews scored 15 of his 24 points during a third-quarter rally, Domantis Sabonis had 18 points and 12 rebounds and Indiana overcame a 20-point deficit to beat New Orleans.

CHARLOTTE, N.C. (AP) — Kemba Walker had 27 points and 11 assists in his first outing since the All-Star game and Charlotte overcame Bradley Beal's 46-point night for Washington.

Nic Batum added 20 points for the Hornets in his first game this season at shooting guard.

After being fouled by Aaron Gordon on a 3-pointer, Markannen missed the first attempt, the Bulls' only miss of the game in 19 attempts, and hit the second two. Markannen finished with 25 points and 11 rebounds. Evan Fournier led Orlando with 22 points.