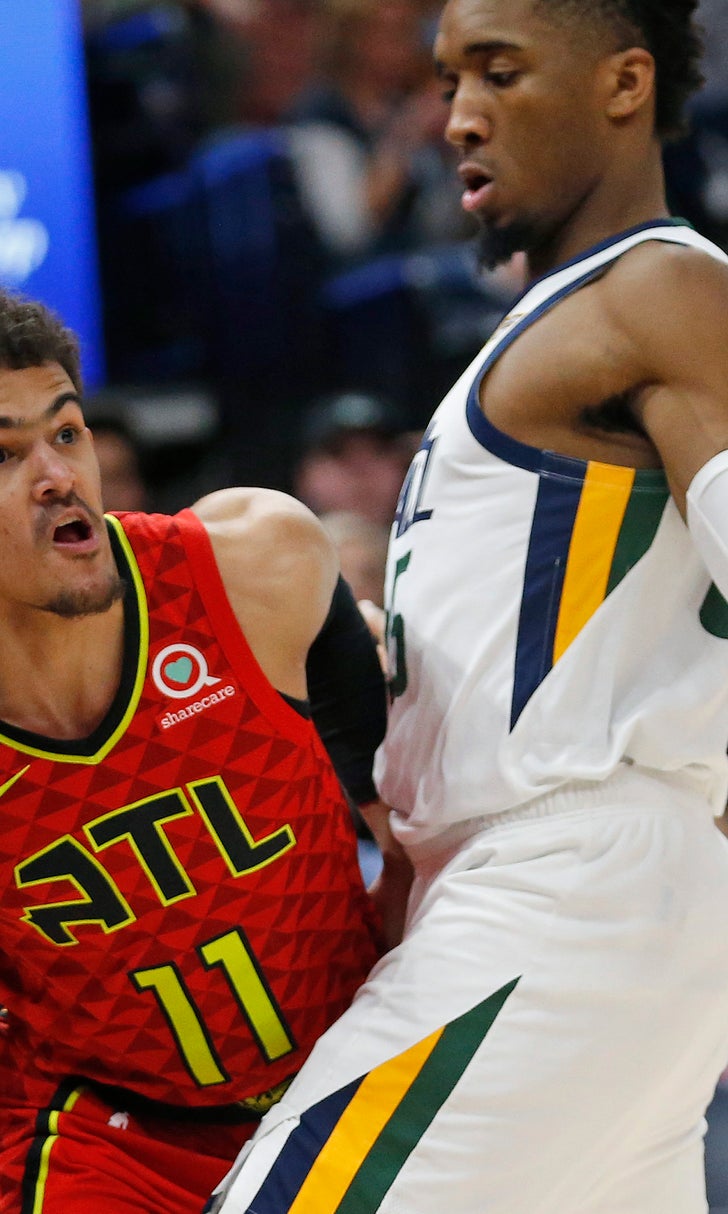 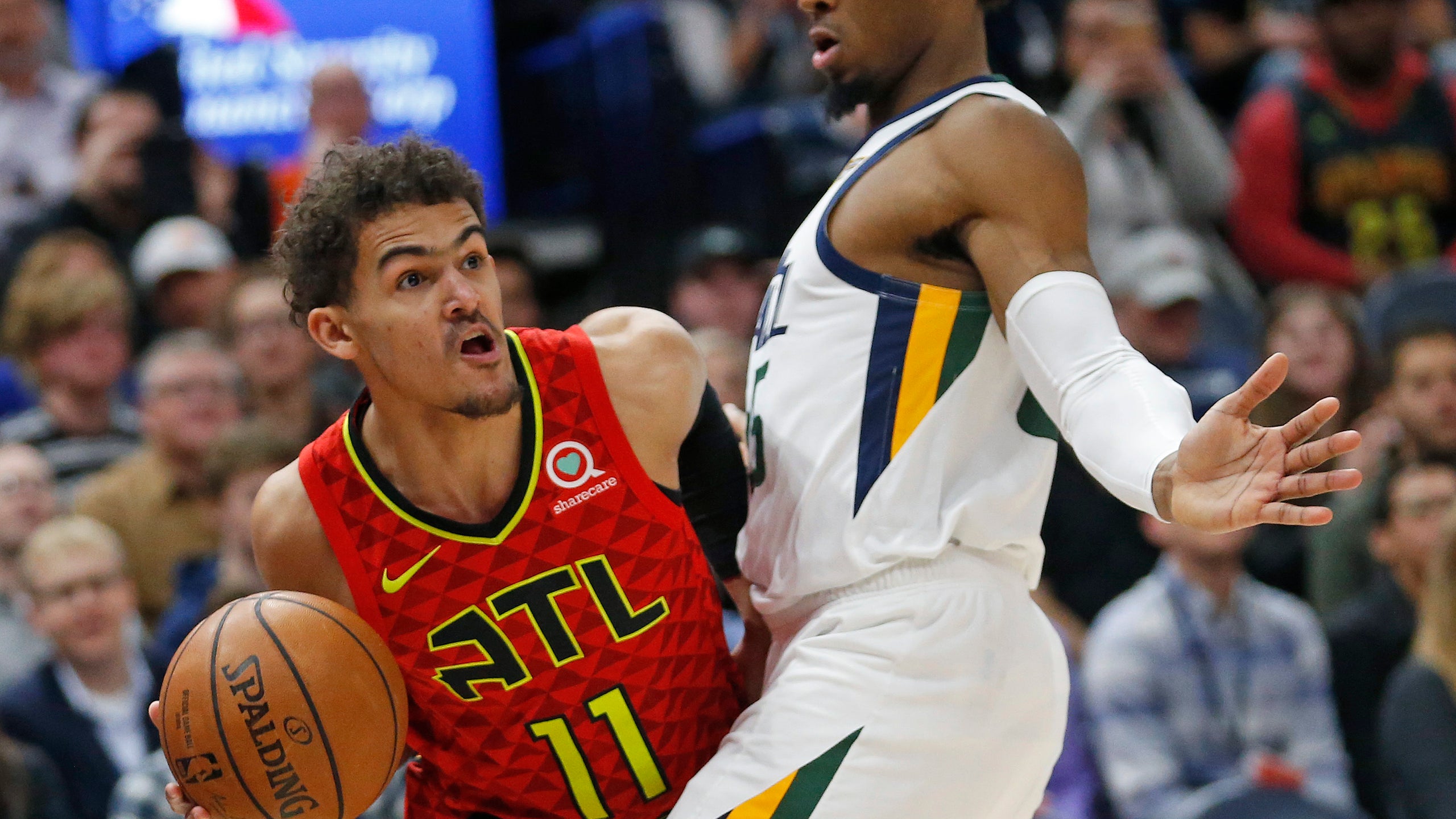 SALT LAKE CITY (AP) — Still feeling the sting of an NBA All-Star snub, Rudy Gobert responded by dominating on both ends of the court on Friday night.

Gobert made all seven of his field goal attempts and became the second Jazz player to total 25 points and 10 rebounds while shooting 100 percent from the field.

Gobert, the reigning NBA defensive player of the year, was not selected as a Western Conference reserve despite being a league leader in multiple defensive categories. He acknowledged the snub fueled his desire to make an impact.

"People know me. I know myself," Gobert said. "I'm going to carry that for a while. It is what it is. I'm always going to come out to win and to be there for my teammates."

Gobert had to overcame early foul trouble to make a statement. He picked up two fouls just four minutes into the first quarter and played just 12 minutes in the first half. With him on the bench, the Jazz struggled to slow down the Hawks.

"We started the game a little slow defensively and we knew that we had to come out ready in the second half," Gobert said. "We did a good job, after a rough first half, of coming back and getting some stops. It got us going offensively, too."

Gobert set the tone by tallying 19 points and 11 rebounds in 16 minutes over the final two quarters. His best stretch came during the first eight minutes of the third quarter.

The Jazz outscored Atlanta 23-9 during that stretch. Donovan Mitchell and Kyle Korver scored back-to-back baskets to cap that lengthy run and give Utah an 81-69 lead. Gobert made the biggest impact during that stretch, however, scoring nine points, collecting four rebounds, and blocking two shots.

"He really kept himself in it mentally so that when he was able to come back in and get to play and not be in foul trouble, he was really ready to go," Jazz coach Quin Snyder said.

Young said the Hawks got bogged down when they started misfiring on good looks in the third quarter.

"Utah's loaded at each position, and they all bring different skill sets," Young said. "You gotta focus and lock in when you're playing against a really good team like them."

Utah made 10 of its first 14 shots to open the first quarter. Ingles had a pair of layups and a pair of 3-pointers to fuel the strong start and help the Jazz race to a 25-20 lead.

Atlanta kept pace behind the hot shooting of Young. He had four baskets in the first six minutes, the last of which sparked a 12-0 run that gave the Hawks a 32-25 lead.

The Jazz rallied late in the first quarter and took a 40-39 lead early in the second on back-to-back layups by Ingles and Korver. Atlanta surged back in front with a 14-2 run. Huerter dished to Collins for a layup to spark the run and ended it with a jumper that gave the Hawks their largest lead at 53-42.

Utah made it a one-possession game at 60-58 on back-to-back baskets by Mitchell and Jae Crowder in the final minute before halftime.

"We just had to turn our intensity up," Mitchell said. "They were a little bit too comfortable in the beginning of the game. Just made them feel us a little bit more."

Utah maintained a double-digit lead through much of the fourth quarter. Atlanta closed within eight at 113-105 on a dunk by Collins. The Jazz answered with a 15-5 run, punctuated by back-to-back baskets from Mitchell and Ingles, that gave them a 128-110 lead with 1:35 left.

Gobert broke down and became emotional while recounting his mother crying over his all-star snub during Utah's pregame shootaround on Friday morning. It generated tweets from Warriors players Draymond Green and Andre Iguodala and Nuggets guard Isaiah Thomas.

He countered with a jab at Green, referencing a controversy involving the Golden State forward over a photo he posted on his Snapchat account in 2016.

"As long as he doesn't post anything on Snapchat, we're good," Gobert said.

Utah has scored at least 100 points in 17 straight games. It is the longest single-season streak for the franchise since the 1983-84 season and third-longest such streak in Jazz history.

Hawks: Young made five 3-pointers to overtake Salim Stoudamire for the Hawks' rookie 3-point shooting record. Young has made 84 3-pointers this season. Stoudamire made 82 for Atlanta in the 2005-06 season. . Alex Len went 0 for 4 and finished with zero points and four rebounds in nine minutes. Len averaged 13.8 points and 6.8 rebounds over his previous four games.

Jazz: Gobert tallied his 42nd double-double of the season and Rubio earned his sixth. . Utah outscored Atlanta 62-46 in the paint. The Jazz also finished with a 51-40 edge in rebounds and a 22-11 advantage in second-chance points.