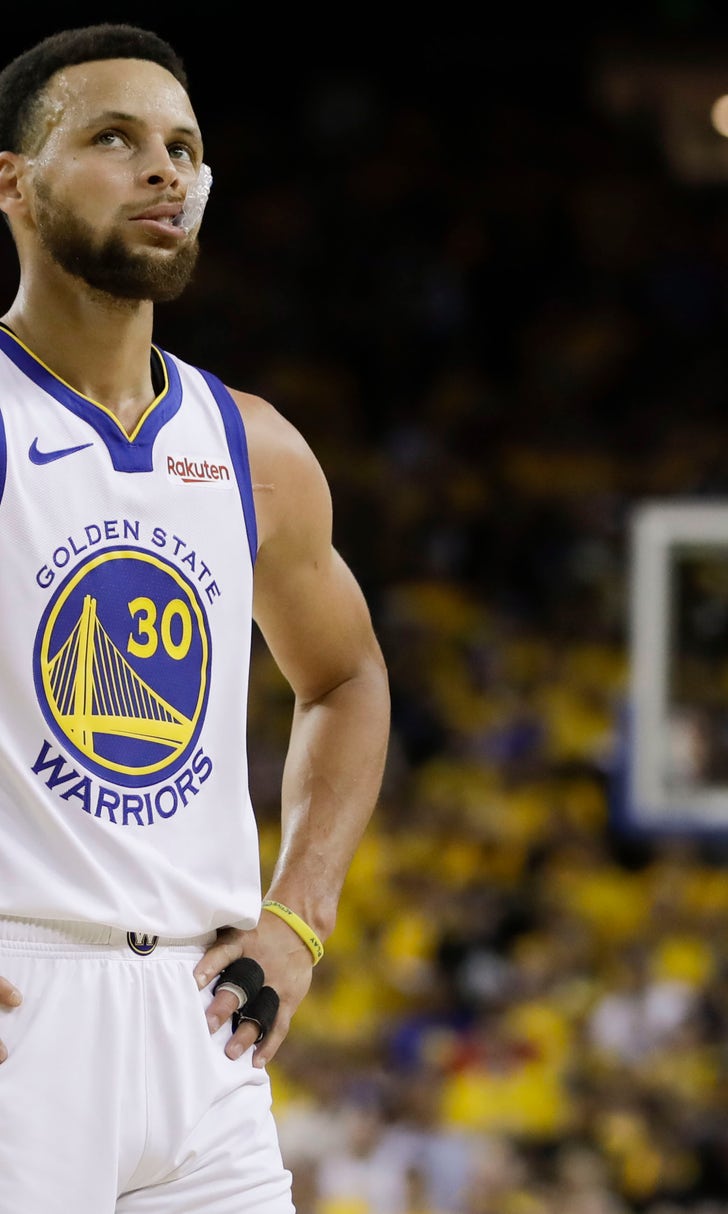 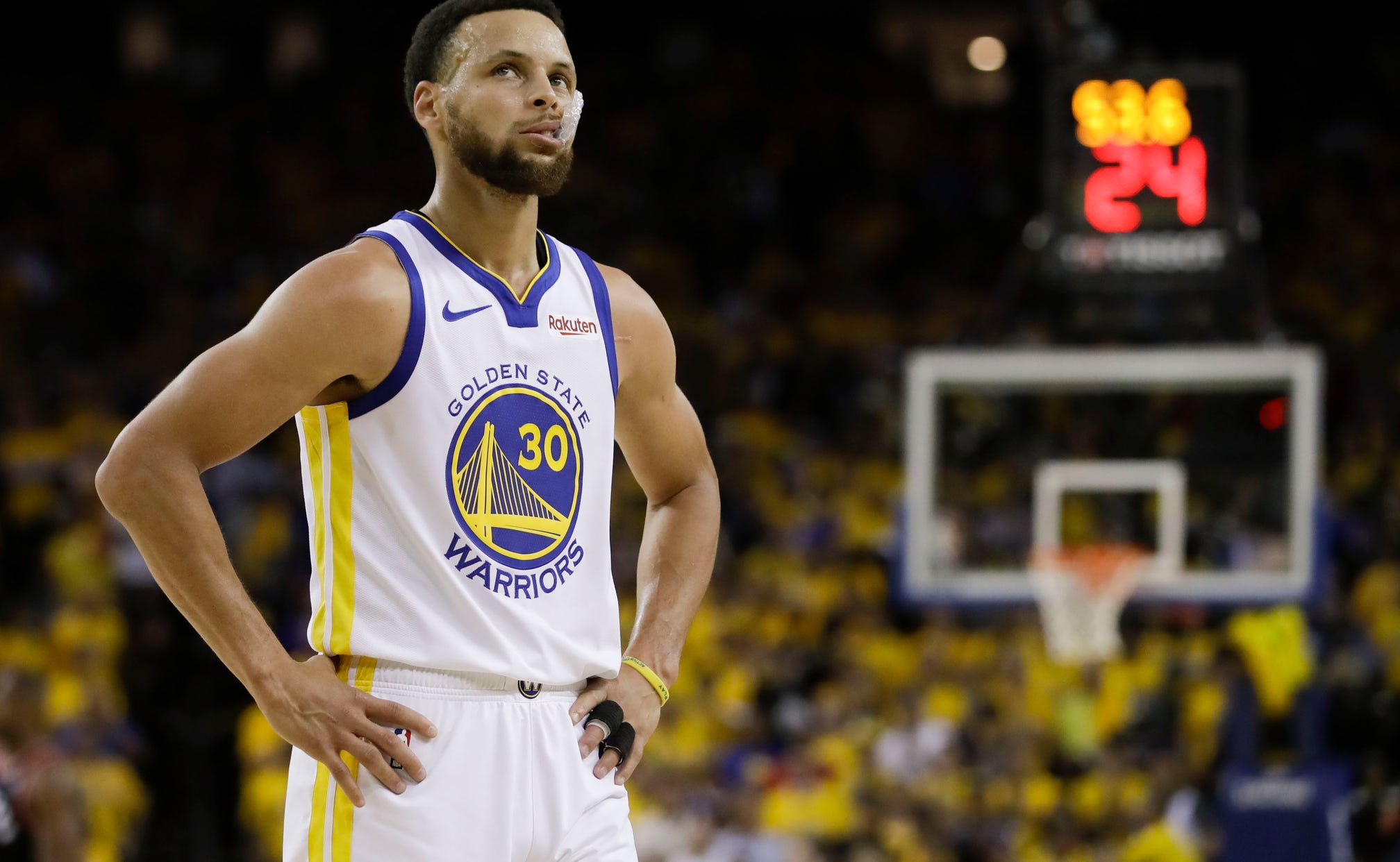 Curry’s heroics not enough to save Warriors in Game 3

OAKLAND, Calif. (AP) — Stephen Curry did all he could to lead the injury-depleted Golden State Warriors.

Curry scored 47 points — a playoff career-high for the three-time champion — but the Warriors still find themselves in some postseason trouble. Missing Klay Thompson, Kevin Durant and Kevon Looney with injuries, the Warriors fell 123-109 to the Toronto Raptors on Wednesday night and now trail these NBA Finals 2-1.

"Steph was incredible," Warriors coach Steve Kerr said. "The stuff he does is, he does things that honestly I don't think anybody has ever done before. The way he plays the game, the way he shoots it and the combination of his ball handling and shooting skills, it's incredible to watch. He was amazing."

Though it's no consolation to Curry, his 47 points were the second-most ever by a player in a finals game loss. The only time someone scored more and wasn't on the winning team that night was LeBron James, who scored 51 points on this same Oracle Arena floor in Game 1 of last year's title series. Golden State wound up sweeping Cleveland.

Thompson didn't play because of his strained left hamstring, Looney's season is over because of an upper-body injury sustained in Game 2 and Durant sat out for the eighth consecutive game with a calf injury. Game 4 of this series is Friday, and it wouldn't be surprising to see both Durant and Thompson back in the lineup for the two-time defending NBA champions. Thompson was lobbying to play Wednesday, and Durant has been ramping up toward a return.

The Warriors need them.

Or else their reign might end, no matter how great Curry is the rest of the way.

"The moment is now," Curry said. "You've got to try to have a next-man-up mentality, like we always say, and just go out and fight. We did that tonight. We can play better, obviously better on the defensive end. But I liked the competitiveness that we had, understanding that we're missing 50 points pretty much between KD and Klay."

It was evident from the outset that if the Warriors were going to somehow win without both Thompson and Durant in the lineup, it would be Curry carrying the load.

He darn near made it happen.

"Not that he's not amazing pretty often," Warriors forward Draymond Green said, "but tonight was a special performance by him."

Curry scored Golden State's first five field goals. He had 25 points and eight rebounds by halftime, the first time in his 803-game career that he put up those numbers in the first 24 minutes of a game. Midway through the third quarter, he was outscoring all of his teammates combined. He had his entire arsenal working — 3-pointers, layups, free throws. He was diving for loose balls. He even won a jump ball.

Curry just didn't have enough help. Or, maybe more accurately, the Raptors had too many answers.

"We tried to up our presence on him a little bit with some double teams, but it doesn't really matter," Raptors coach Nick Nurse said. "All that matters is ... my dad used to tell me the stats don't matter, just the final score. So we'll just take the win and be thankful for that."

All five Toronto starters scored somewhere between 17 and 30 points. The Raptors made 17 3-pointers, Fred VanVleet's desperation 3 with just under 2 minutes left put Toronto up by 13, and that's when Kerr decided to empty the bench.

Curry's night ended there, with the eighth-highest single-game scoring performance in NBA Finals history. He also had eight rebounds and seven assists, ending with a stat line that only James has done in a finals game.

"We fought, but we lost," Curry said. "So we've got to go back to the drawing board and just recalibrate for Game 4."