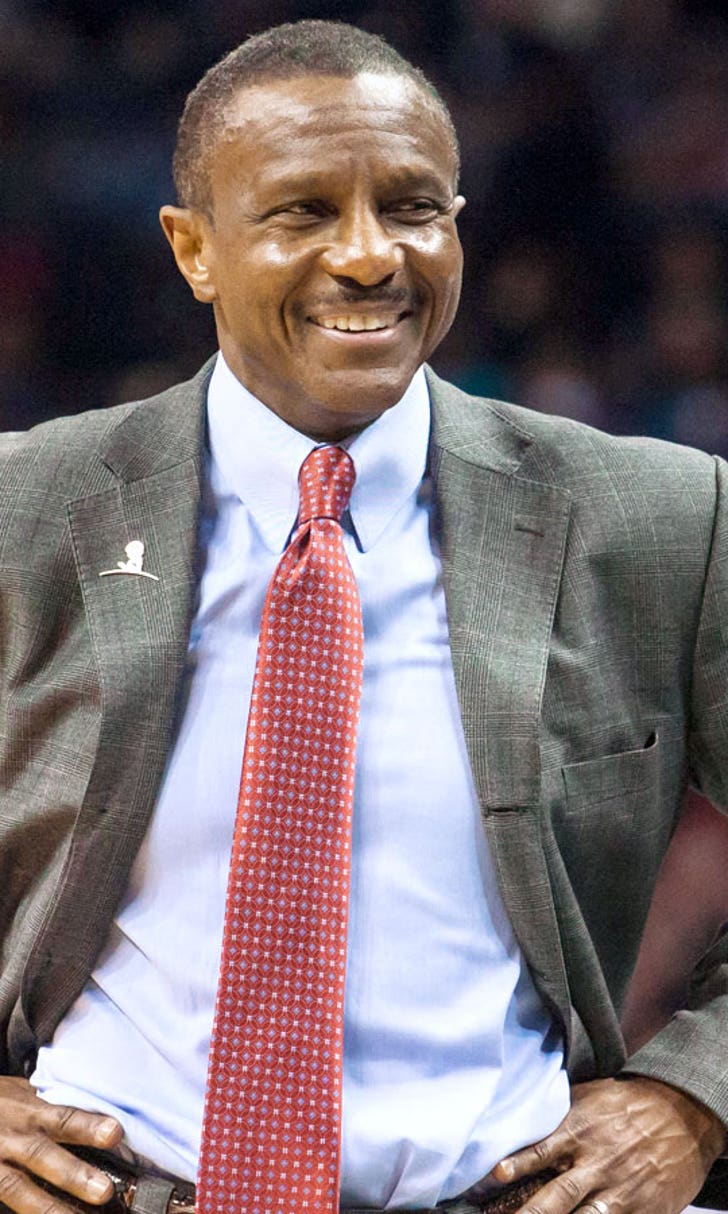 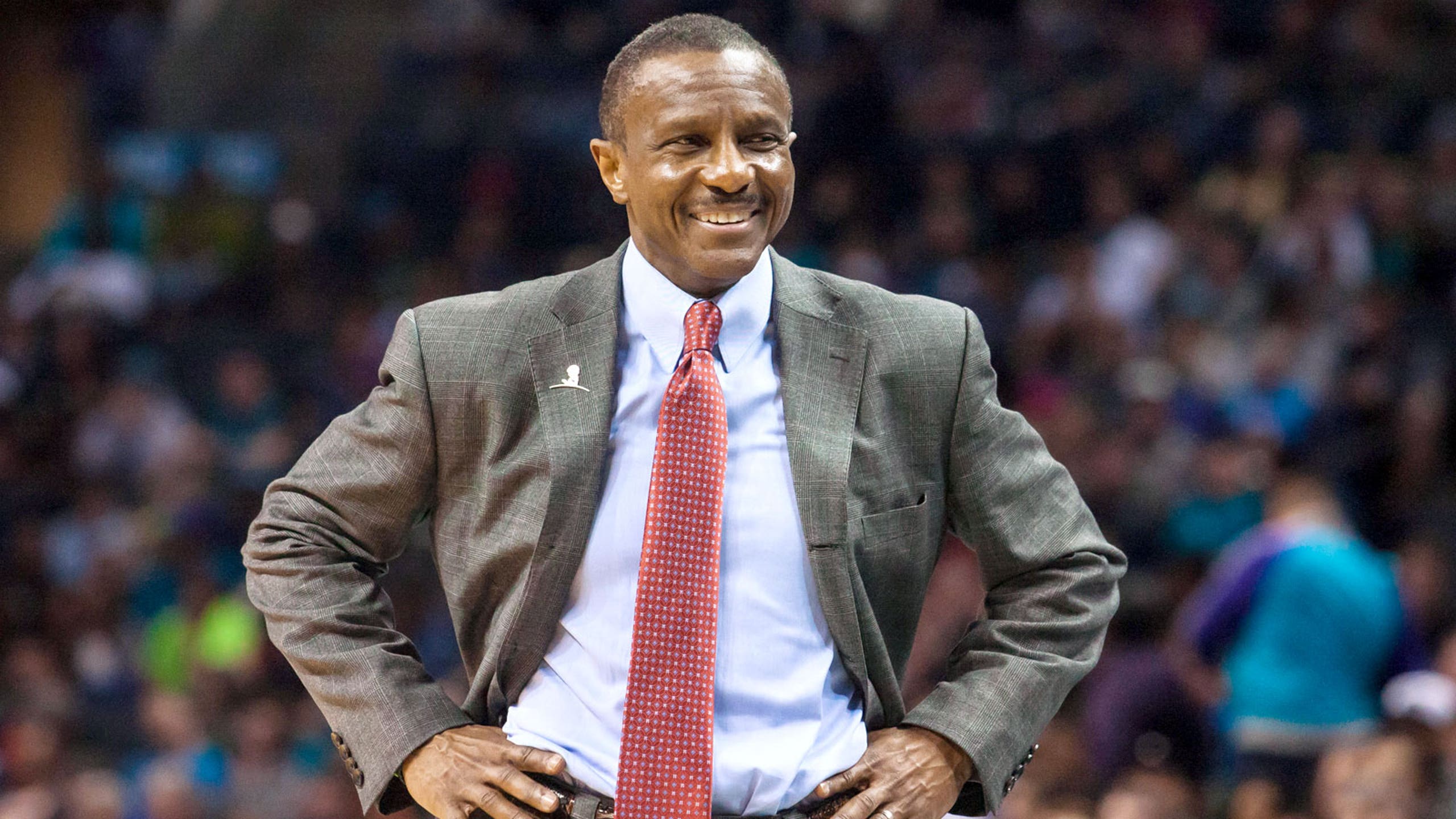 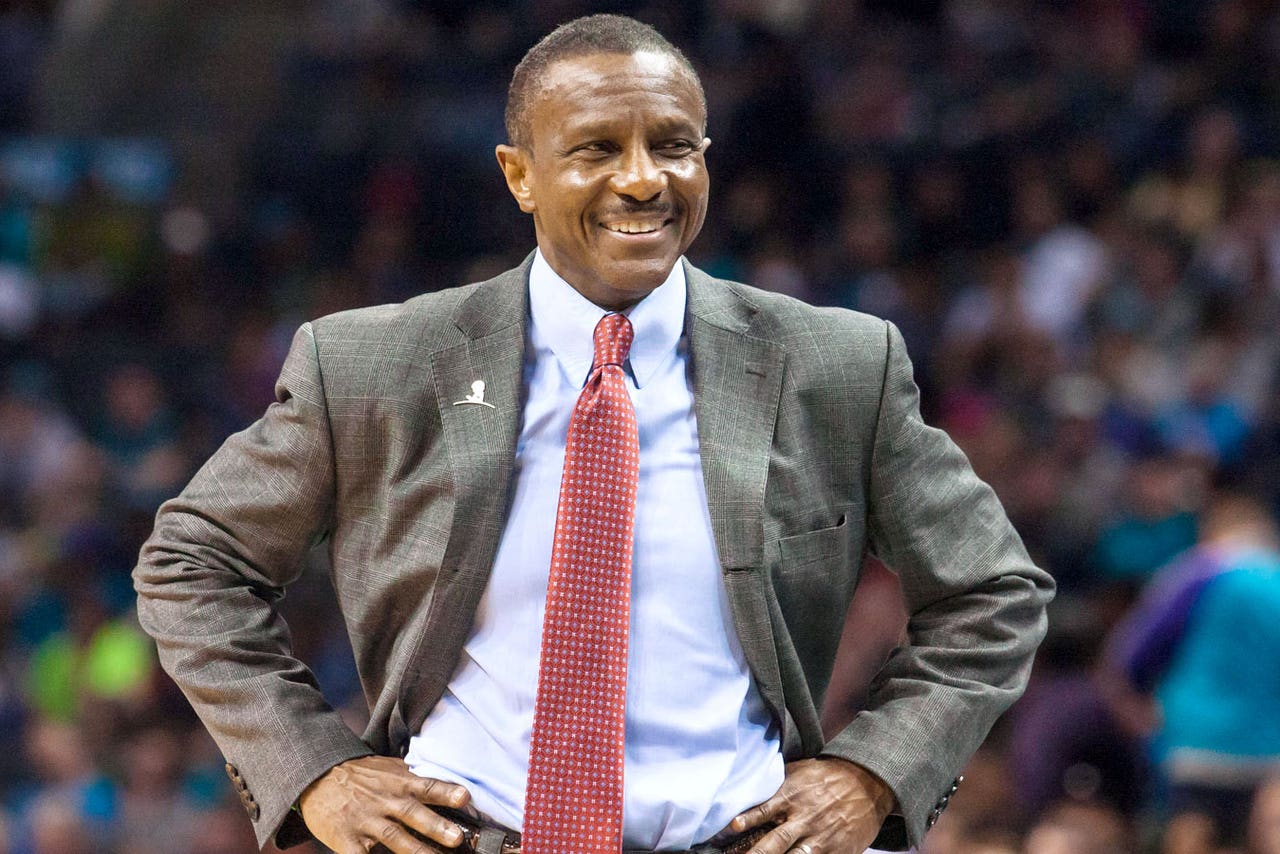 TORONTO (AP) Dwane Casey has had 50 players since taking over as Toronto's coach in 2011-12. Only one has been along for the whole ride, and that one helped get Casey a milestone win on Sunday.

Backed by 15 points from DeMar DeRozan, Casey got his franchise-record 157th win as coach of the Raptors with a 106-87 victory over the Milwaukee Bucks.

After the game, Casey paid special tribute to DeRozan. The forward has been with Casey since he inherited a last-place Atlantic Division team, and Casey has improved the club's record in each of the four seasons since. Toronto has won back-to-back division titles the past two years.

''DeMar DeRozan has been here through the whole number of wins,'' Casey said. ''As Drake said, we started at the bottom (but) we're not there yet. We started 30th in the league in defense, (we've done) a lot of building, and we're still building.''

The victory boosted Toronto's record to 3-0, just the third time in team history that it has been perfect through the season's opening three games, and the first time since 2008-09.

Jonas Valanciunas continued his solid start to the season with a team-high 19 points to go with eight rebounds. Point guard Kyle Lowry also chipped in with 15 points and seven assists, and the Raptors beat the Bucks for the seventh time in their last eight meetings.

''I think we just went out there tonight and played our game,'' Lowry said. ''We are getting a lot more comfortable with each other, feeling out where we are going to be and the spots on the floor where we need to be at.''

The Bucks dropped to 0-3 with the loss, despite a game-high 20 points from Giannis Antetokounmpo.

Milwaukee led only once all game, and that lead lasted for just 2:48. . Greivis Vasquez went 5 for 5 from the free-throw line and had nine points in his first game against Toronto since the draft-night trade that sent him from the Raptors to Milwaukee in exchange for a pair of draft picks. . Bucks G O.J. Mayo (hamstring) missed his third straight game, while F/C John Henson (Achilles) was not available.

This is the first time the Bucks have started a season with three consecutive losses since 1976-77, when they dropped five straight. Milwaukee previously had the longest streak in NBA history without starting 0-3 at 38 years.

Terrence Ross' 3-pointer - one of three he hit off the bench in the fourth - and another from Patterson keyed a 14-point Toronto run to push the lead to 20 points, snuffing any chance of a Bucks victory. Ross had 11 of those 14 points, and Toronto's bench combined to score 21 of the team's 25 points in the final quarter.

MVP IN THE HOUSE?

Toronto FC and Italian national soccer team forward Sebastian Giovinco took in the game courtside. He recently claimed the Golden Boot as the top scorer in Major League Soccer with 22 goals and 16 assists. The diminutive striker is likely the front-runner to win the MLS MVP award this season after leading Toronto to the playoffs for the first time.

''Obviously he beat us my first year here in Toronto and then growing up obviously he was an idol of mine and now he's my coach so I'm really going to take advantage of that, and I feel it's really going to benefit my game.'' - Former Toronto guard Vasquez on playing for Bucks coach Jason Kidd.

Coach Kyle For The Raptors?
When the Raptors announced the bulk of their coaching staff had been sidelined, fans called for Kyle Lowry to take the reins. Why not?
February 26

Celtics End The Raptors' Reign
Jayson Tatum showed he's blossoming into a superstar before our very eyes as Boston took a familiar postseason step.
September 12, 2020
those were the latest stories
Want to see more?
View All Stories
Fox Sports™ and © 2021 Fox Media LLC and Fox Sports Interactive Media, LLC. All rights reserved. Use of this website (including any and all parts and components) constitutes your acceptance of these Terms of Use and Updated Privacy Policy. Advertising Choices. Do Not Sell my Personal Info