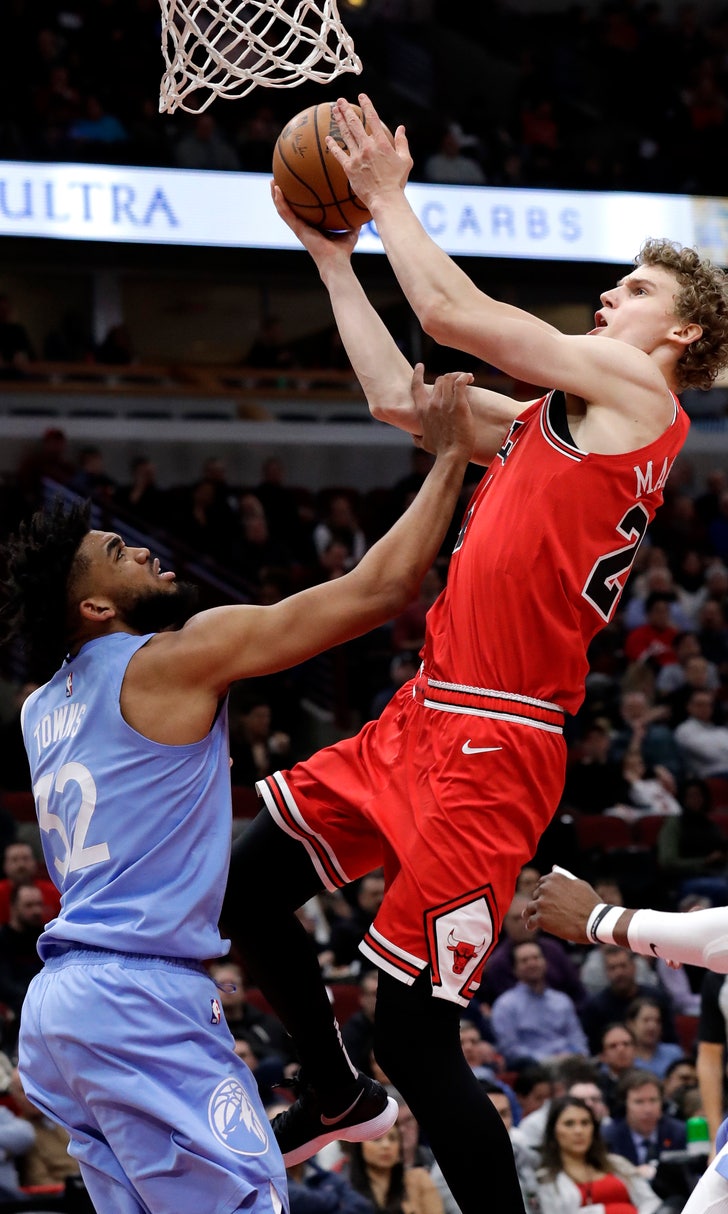 The 7-footer from Finland had an MRI on Thursday after experiencing soreness in the hip for about a week.

“It hasn’t really gotten worse, but it’s been there for a couple of games," he said Friday. “We decided to get an MRI before we go on the road.”

Markkanen is averaging 15 points and 6.5 rebounds. He had appeared in all 46 games, though he played through a sprained left ankle the past three weeks. He initially wanted to try playing through the injury, which was termed an early stress reaction.

“I really wanted to play, but at the same time I had to take a step back and think about what was smart," he said.

The Bulls were 10th in the Eastern Conference at 17-29 entering Friday's game against the Sacramento Kings.