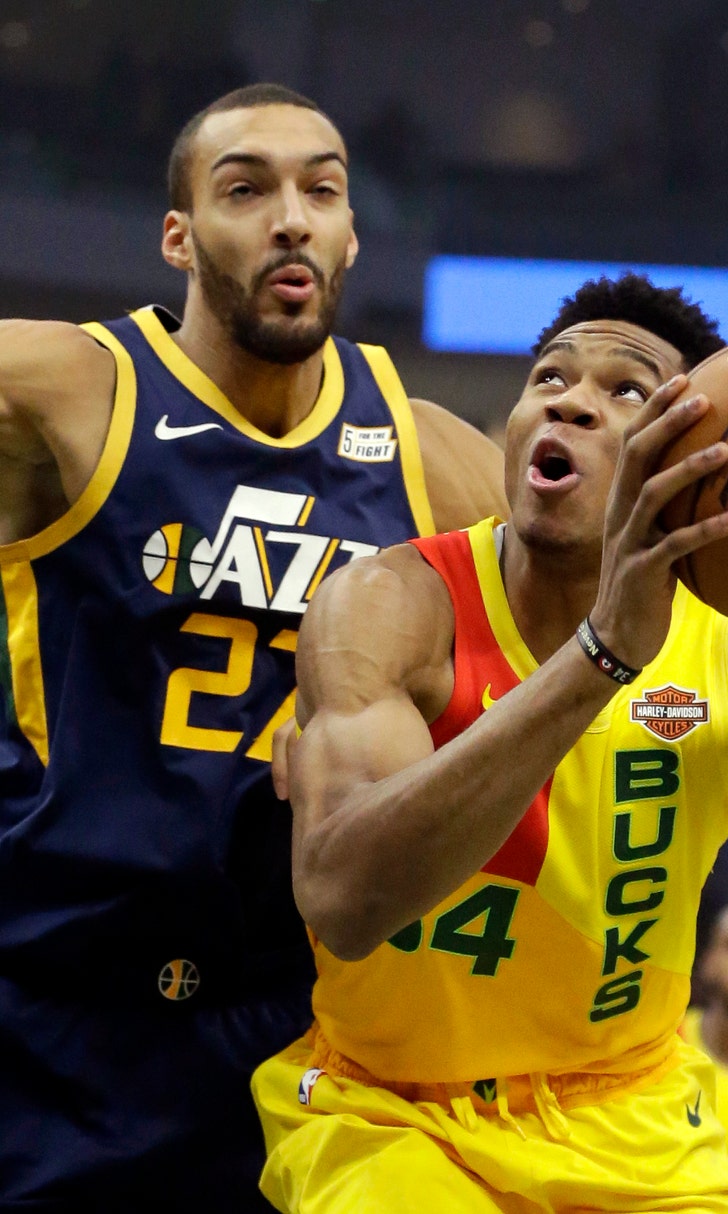 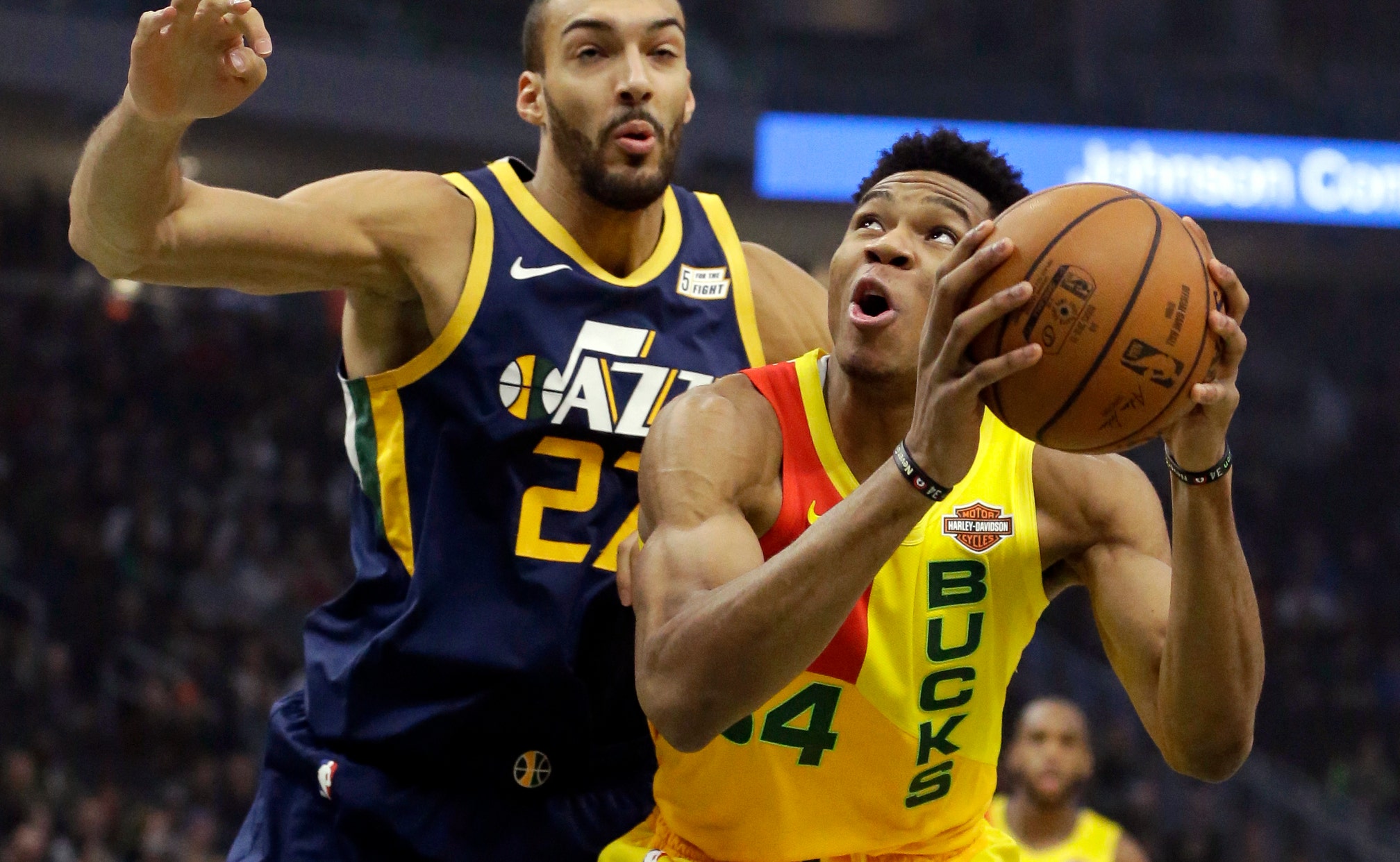 MILWAUKEE (AP) — After not playing at all in the Milwaukee Bucks' previous game, Thon Maker got a chance to shine in a hard-fought win over the Utah Jazz on Monday night.

Maker had a season-high 15 points off the bench for the Bucks, who clamped down on defense in the second half to secure a 114-102 victory.

"We won the game because of him," said Giannis Antetokounmpo, who led the Bucks with 30 points. "He brought energy, played hard, he made shots. It was just amazing seeing Thon compete hard out there."

Maker had seen regular minutes off the bench recently with Ersan Ilyasova out with a broken nose. His playing time diminished after Ilyasova's return and the emergence of second-year player D.J. Wilson.

"That's when your professionalism comes in," Maker said. "You've just got to stay ready whenever your name is called."

Maker shot 6 of 8 from the field, including 2 for 3 from beyond the arc.

"He made a lot of different things happen on the court," Budenholzer said. "I really feel like he was a difference-maker tonight."

Budenholzer specifically pointed to Maker's three-point play early in the fourth quarter after Utah had made a 3 on the other end.

"He was a spark plug for us," Brook Lopez said. "He had such great energy and emotion. He got us going, he got the crowd going and everyone on the bench was going. We really fed off him tonight."

Malcolm Brogdon added 21 points for the Bucks, who were coming off a 123-116 loss to Toronto on Saturday night. Milwaukee improved to 28-11, the second-best record in the NBA.

Donovan Mitchell scored 26 points and Rudy Gobert had 14 points and 15 rebounds for the Jazz, who lost starting point guard Ricky Rubio to a right hamstring injury less than five minutes into the game. He didn't return.

"We can't sulk," Mitchell said. "We've got to go out there and compete."

The Jazz held a three-point advantage heading to the fourth quarter, but Milwaukee grabbed control late after Brogdon's 3-pointer pushed its lead to 105-99. The Bucks built the margin to eight with about three minutes left on two free throws by Lopez, who nailed a deep 3 about a minute later to give Milwaukee an 11-point cushion and seal the victory.

Antetokounmpo, who grabbed 10 rebounds, fouled out with 42.9 seconds remaining.

After a tightly contested first half, the Jazz opened an 11-point lead early in the third quarter before the Bucks stormed back, taking a lead late in the period when Brogdon hit back-to-back shots. Utah rebounded and led 86-83 heading into the fourth.

The Jazz were up 62-58 at halftime, with Mitchell providing 15 points and Jae Crowder adding 11 off the bench. The first half featured 19 lead changes and eight ties.

After allowing 62 points in the first half, the Bucks held the Jazz to 40 in the second half.

"We weren't very happy at halftime with our defense," Budenholzer said. "The way we improved and got better in the second half gave us a chance to find a way offensively in the fourth quarter."

"We had some open looks," Jazz coach Quin Snyder said. "We just weren't able to get them to go."

The Bucks scored 68 points in the paint to 36 for the Jazz. Milwaukee also had a 19-2 edge in fast-break points.

Milwaukee hasn't lost back-to-back games this season, improving to 11-0 after a loss.

Jazz: Rubio scored nine points on 4-of-5 shooting before exiting. ... Gobert had 12 rebounds in the first half, matching his average for a full game this season.

Bucks: Wilson didn't play due to a left hip pointer. Budenholzer said he is hopeful Wilson will be able to return Wednesday at Houston. ... G Donte DiVincenzo sat out with right ankle soreness. "It's a little bit of a recurring theme," Budenholzer said. "There wasn't an incident or twisted ankle or anything like that." ... Milwaukee recalled F Christian Wood from its G League affiliate, the Wisconsin Herd.

Jazz: Host the Orlando Magic on Wednesday. Utah has won 12 of the last 16 meetings.

Bucks: At the Houston Rockets on Wednesday as the teams meet for the first time this season.