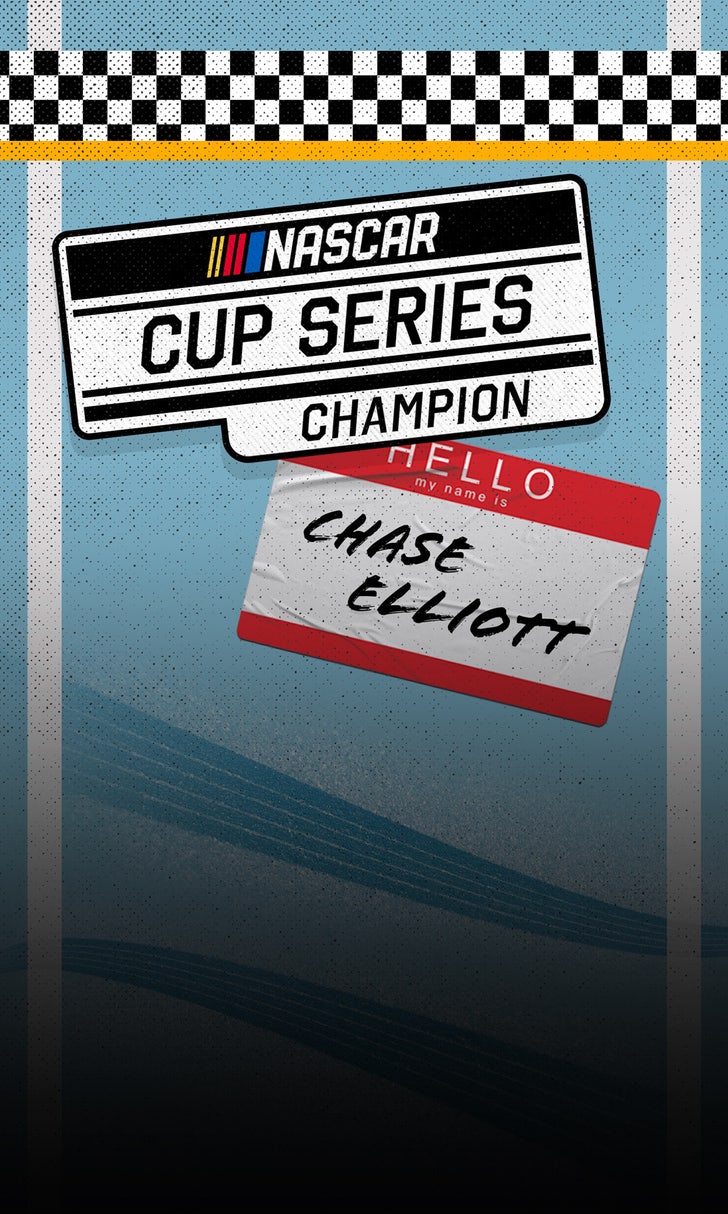 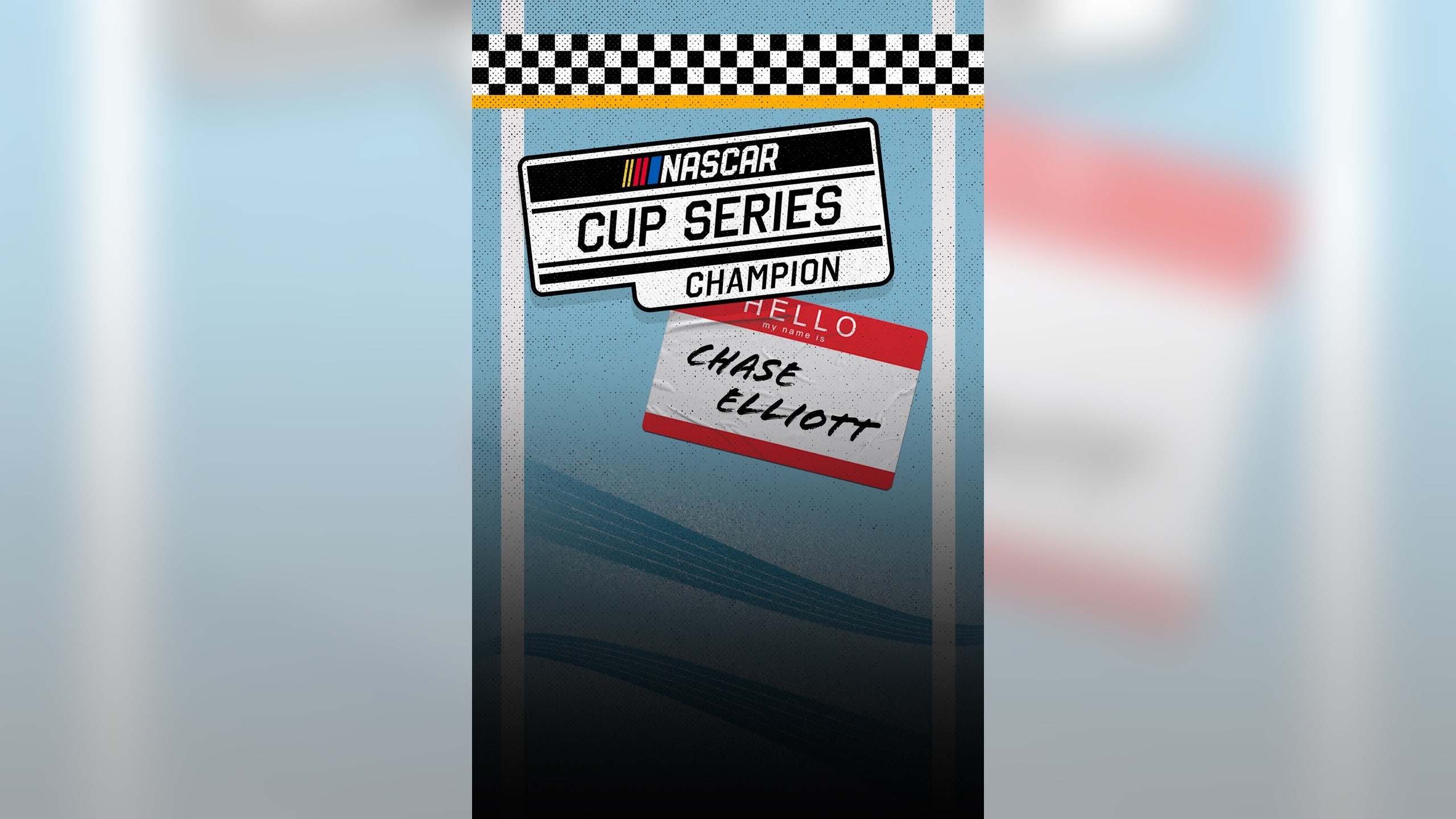 Chase Elliott can look at his 2021 fire suit and notice a difference.

It has a patch on it – one that says "Champion."

That patch signals a surreal end of the 2020 season for Elliott, who had been knocked out of the NASCAR playoffs prior to the championship in four consecutive years.

Now, the same Elliott who used to be known as a driver with questionable ability to get it done in pressure situations has shrugged off that label and will face the pressure of winning his second Cup Series title this season.

Having just turned 25 years old in the offseason, how will he handle it?

Many don’t view that as a concern. Hendrick Motorsports team owner Rick Hendrick doesn’t feel the need to have a chat with his young driver.

Elliott, the son of NASCAR Hall of Famer Bill Elliott, has spent his "offseason" competing in marquee events in other forms of racing, from stock cars to sports cars to midget sprint cars. He has gone about life as a racer, probably happy that media appearances during the pandemic are largely limited to virtual events.

"Chase has such a sharp head on his shoulders that you don’t have to tell him much," Hendrick said. "He celebrated, and now he is ready to try and go do it again.

"He is racing other cars just to introduce himself to the rest of the world. But man, Bill and [Chase's mother] Cindy have done a super job with him, and he has got his head on right. He is a competitor, but I think he takes all of it in stride."

Prior to his five-win 2020, Elliott didn’t win in his first two years and then won three races each of his next two seasons. He raced best in 2020 when it mattered most — a first for him in his Cup career — winning three of the final five events, including back-to-back victories at Martinsville to qualify for the championship round and at Phoenix to win the title.

It marked an exclamation point for a driver whose championship mettle was often questioned.

Hendrick believes that if crew chief Alan Gustafson and Elliott take the same approach in 2021 that they did in 2020, they could contend for another championship.

"They think they can win every week – just let it come to you," Hendrick said. "Bill is there talking to him, and he is just way more mature than his age.

"And that is something that Dale Earnhardt Sr. told me one time. He said ... ‘You have to know how to race, but you also have to know when to race.’ And Chase does that."

Elliott continues to live in Georgia, flying (he has a pilot’s license) to North Carolina when he needs to be there for meetings (most meetings these days are virtual) or production shoots.

"Chase is really plugged in," Elliott teammate Alex Bowman said. "He does a really good job, especially for somebody who doesn’t live here [in North Carolina].

"He does a really good job of being able to balance it and be a big part of the team. I wouldn’t say much on that No. 9 team is going to change – maybe [have] a little more confidence. But they’ve been really dialed-in for a really long time. I think that’s just going to continue."

As long as he’s running up front and leading laps, no one is going to ask Elliott to change how he handles himself or how he goes about his craft just because he won a championship. They won’t ask for more outward swagger — he has a tendency, when speaking, to be hard on himself for mistakes — or push him to do things he isn't comfortable doing.

Expect Elliott to continue living a life focused on racing, competing in more events outside of his Cup schedule and living in Georgia.

"If there’s ever anything that is detrimental to performance, I’m the first one to tell him, and there’s never any rebuttal or comeback," Gustafson said. "It’s, ‘OK, I’ll adjust or do what it takes.’ He’s committed to performance but also true to who he is.

"I want him to do be who he is, and I want him to not feel like he has got to follow anybody’s footsteps or mold or this is the way to do it."

"I think about all the disrespect that Jimmie Johnson got toward the end of this career. It’s like everyone forgot about how great he is just because he had a bad race or a bad stretch of races," Elliott said.

"The lesson that taught me is that no matter what you do, if you have a bad stretch or don’t do well, then they’re going to come after you about whatever you’ve done recently. On the flip side of that, if you have a good run after being trashed for a year or something, everyone is going to be hyping you up, be excited for you and jumping on the bandwagon."

Elliott dismisses the notion that because he has won the past four road-course races, having seven road courses on the 2021 schedule (NASCAR ran only two of the scheduled three in 2020 after adjustments for the pandemic) will cater to his strengths.

"There’s not been one part of me that watched the schedule change, saw seven road courses and thought, ‘Yeah, we’ve got it now,’" Elliott said. "That’s just not how I am.

Elliott said he has done his best to enjoy the offseason and his championship. But if he gets frustrated, if he isn't good everywhere, he should try to relish his stature as a champion at least a little. Winning the title seemed somewhat unbelievable in the moment, but Elliott can see that champion patch on his uniform as a reminder of the magical ending to 2020.

That’s a great memory to relive.

"That was one of those moments that kind of takes you back," Elliott said of first seeing the patch. "You are reminded that all that really happened, and all that was real.

"It’s kind of crazy but really cool. ... It’s an honor for sure and definitely a privilege to have that patch."

For the qualifying races Thursday night, there are six drivers to watch, vying for two final spots in the Daytona 500. In the first duel, it will be Austin Cindric, Ty Dillon and Timmy Hill in the first race; Kaz Grala, Garrett Smithley and Noah Gragson in the second. An explanation of clinching scenarios can be found in this post.

When it comes to the race Sunday, what to watch for is who makes moves over the first 170 laps. Yes, the race will be decided in the last 30 laps, but with this being only the second race with this aero package at Daytona, look for drivers to at least try to make a run at some point to see how good their cars are in the draft.

They might make one move and then settle down until the end, but don’t be surprised to see drivers try something early, just to see what they have for the end.

Good luck in the FOX Bet Super 6, where fans can win $25,000, absolutely for free, by picking where six drivers will finish in Sunday's Daytona 500.

A quick synopsis of the six drivers: Denny Hamlin goes for his third consecutive Daytona 500 win, something no one has ever done. Chase Elliott, Kyle Busch and Brad Keselowski seek their first Daytona 500 win, and all have struggled to have good finishes in recent superspeedway races. Martin Truex Jr. has the most superspeedway starts – 63 – of any driver in the field without a superspeedway win. Joey Logano will be aggressive and will employ (along with Keselowski) the most feast-or-famine mentality of the bunch.

"I can't be sorry. I mean, if I'm sorry about trying to win a race, I'm in the wrong business." – Chase Elliott after the Busch Clash

Enter the NASCAR Progressive Jackpot contest on the FOX Super 6 app for free and you can win $25,000! Download now at foxsuper6.com!

Daytona Jumpstart
Michael McDowell turned his remarkable and unexpected Daytona 500 win into a new sponsorship deal with CarParts.com.
5 days ago
those were the latest stories
Want to see more?
View All Stories
Fox Sports™ and © 2021 Fox Media LLC and Fox Sports Interactive Media, LLC. All rights reserved. Use of this website (including any and all parts and components) constitutes your acceptance of these Terms of Use and Updated Privacy Policy. Advertising Choices. Do Not Sell my Personal Info