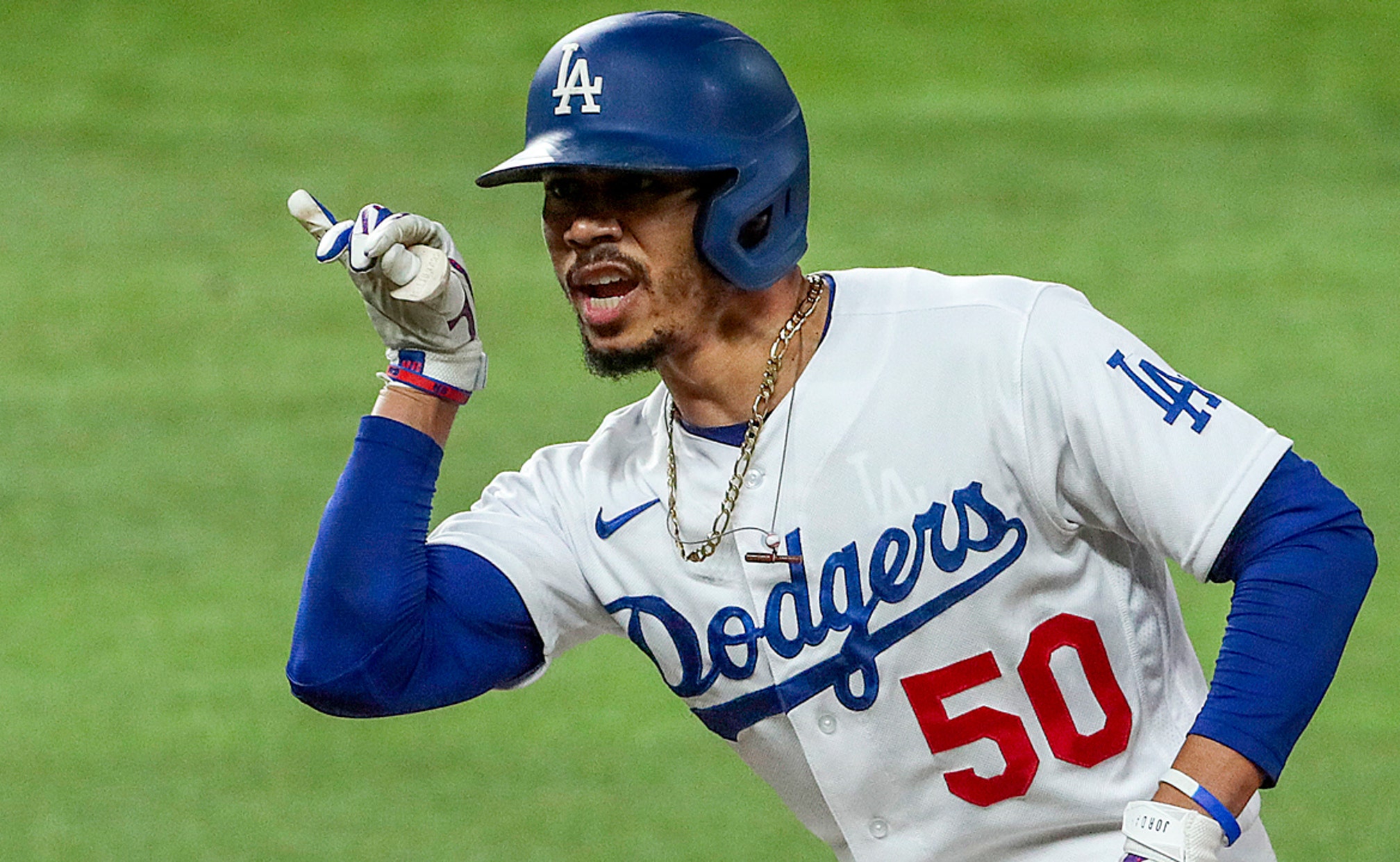 Someone had to have a great 2020, and I’m glad it was Mookie Betts.

This may sound strange from a Red Sox fan, seeing as Mookie’s Very Good Year came at the expense of my baseball team and caused me significant emotional — verging on physical — pain.

When Boston failed to work out a long-term contract extension with its best homegrown talent since Ted Williams, ownership traded Mookie to the Dodgers rather than watch him walk away during free agency.

Might as well get something for him, I suppose the thinking went, but I don’t know what you could possibly want more than Betts himself. As the news broke, I felt like I was watching Titanic, when Rose says, "I’ll never let go," and then...

— spoiler alert, but honestly, if you don’t know the ending by now I can’t help you —

Instead of falling to his icy demise at the bottom of the ocean, Mookie landed in sunny Los Angeles, a much hipper place to live than Boston (I grew up near Boston, I love Boston, this is simply a fact). He left Fenway Park for a one-year deal at Dodger Stadium and promptly signed a 12-year, $365-million contract extension this past July.

Now, he’s heading to his second World Series in three years. The first time around, he robbed the Dodgers of LA’s first shot at a championship since 1988.

This year, he’s trying to help them win it.

I hope he does. I’m not sure I’ll ever forgive the Sox for releasing his hand at the end of the movie. Especially since the last time Boston traded a generational talent, the team didn’t win a World Series for 86 years.

Am I looking forward to dying before the trophy comes back? No. But this isn’t about Red Sox fans, because Mookie transcends fandom. ESPN’s Mina Kimes put it best and spoke for many of us when she tweeted…

Mookie’s leaping catches and prolific home runs make it clear he’s something special. I’d argue that his space-and-time-bending Game 7 catch that robbed Freddie Freeman of a home run is the reason the Dodgers beat the Braves and made it to the World Series at all.

Mookie has a career batting average of .302 and more than 1,000 hits across his seven seasons in the majors. He was the American League MVP in Boston’s championship season. He is a four-time All-Star, a four-time Gold Glove winner, and a three-time Silver Slugger.

But the intangibles he brings to the game go far beyond his stats.

Betts is one of those players who infuses such joy into the game that it doesn’t matter which team he plays for. The first time I ever met him, at All-Star weekend in Miami in 2017, Betts told me that he’d been learning to fly planes, and had flown himself and a few teammates down to Florida. He was great at both basketball and solving Rubik’s Cubes in high school. He’s a professional bowler.

That’s right: in 2018, Mookie not only won a World Series, he competed in the World Series of Bowling and bowled a perfect game in the qualifying rounds.

The man is lovable for his work off the field, too: he’s been outspoken in the fight for social justice and took a knee in the Dodgers opening game this year. 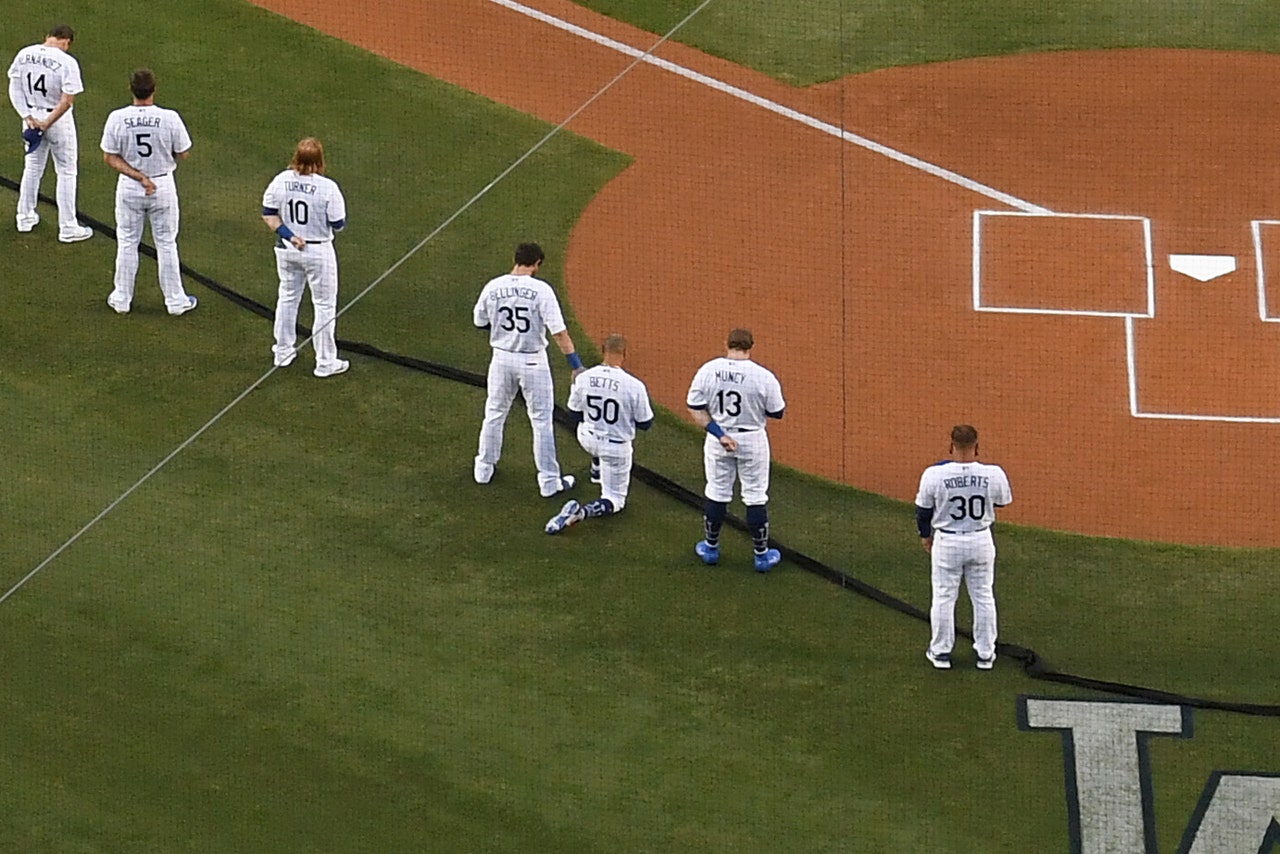 One of my favorite things about baseball is the grace possible within it. Sportswriters like me focus on the stats and stories, but there’s a dance-like element that carries a lot of the sport’s magic. It’s a game of timing, of cadence, of building tension and beautiful release.

Players spring into action when the beat drops and the bat cracks, and Mookie puts up performances that regularly leave fans wondering, "How did he physically do that, and how did he make it look so good?"

Mookie and the Dodgers make a lot of sense right now. Look, I know: L.A. is not the underdog against Tampa Bay. In fact, Los Angeles is favored to win in six games, and the club has more spending power than most others in the league (the Red Sox give them a run for their money, but that’s too sore of a subject right now).

Spiritually, however, the Dodgers *are* the underdogs.

They haven’t won a World Series since 1988, and pitching ace Clayton Kershaw keeps blowing it in the postseason. It would be wonderful to watch a team end a drought and one of the best regular-season pitchers of all time finally find redemption in a championship. It’s delightful that Mookie — who embodies the best aspects of the sport — is along for what will, no matter what happens, be an historic ride.

Manager Dave Roberts put it best after winning the pennant. He yelled, “This is our year!” into a microphone in front of an empty stadium filled with fake crowd noise while wearing a pulled-down paper mask.

The truth is that this is no one’s year, really. But if it has to belong to someone, it’s Mookie and L.A.