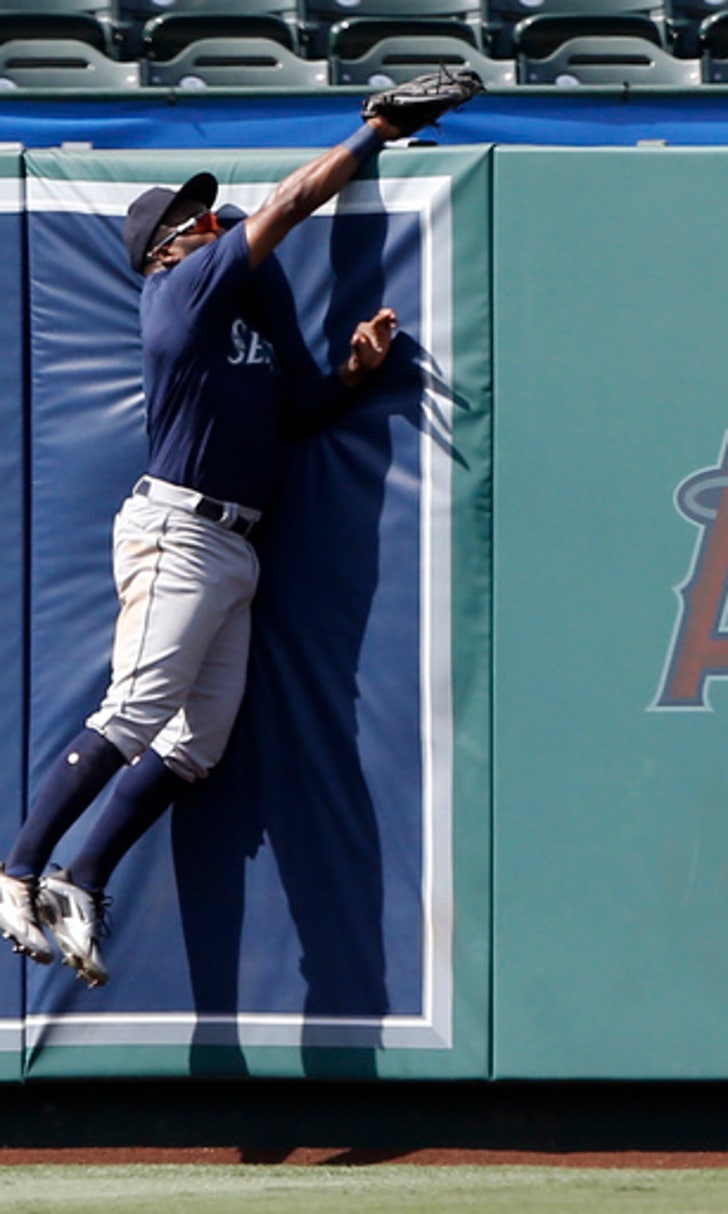 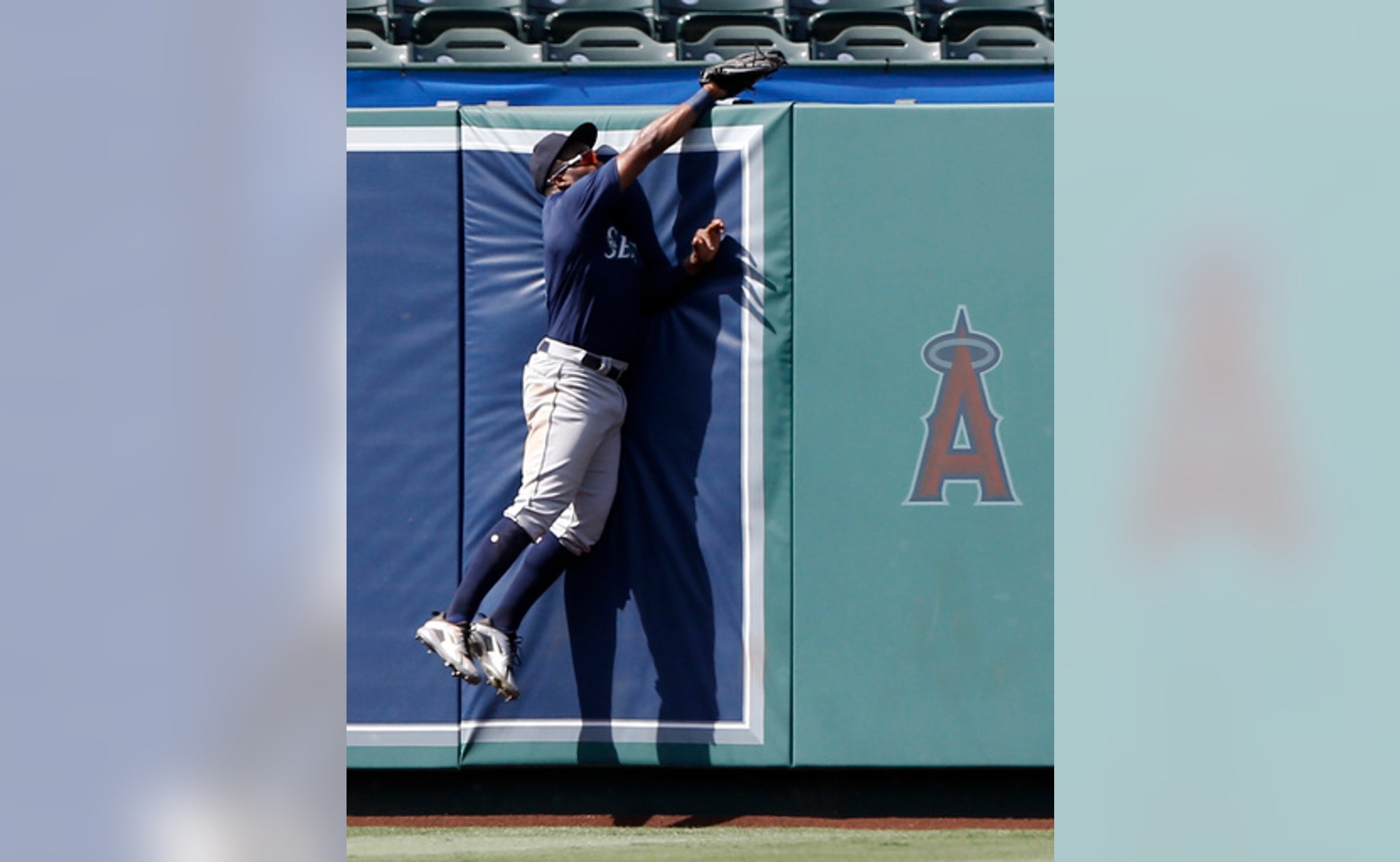 ANAHEIM, Calif. (AP) The Seattle Mariners remained true to their aggressive offensive style Sunday and put together the breakout game they have been looking for in an 8-5 victory over the Los Angeles Angels.

The Mariners pounced on Angels starter Felix Pena for seven first-inning runs that seemed to lift their recent offensive anxieties.

The reality, though, is that the Mariners have managed to remain a confident bunch, even while going 4-8 since July 12 and an uninspired 4-4 since the All-Star break.

''I think we've had some good at-bats and its one of those things where once you start piecing them together and they start to fall, we can do stuff like that,'' said the Mariners' Mike Zunino, who had a two-run double in the opening inning. ''It's been a little while since we have (broken out offensively).''

Zunino finished with three RBIs, adding a third-inning RBI double, and Mariners starter Marco Gonzales (12-5) went six strong innings to improve to 5-0 with a 1.57 ERA over his last five starts.

''When you have that kind of lead in the first inning, I was really trying to come out and throw strikes,'' Gonzales said. ''I wasn't going to get beat by putting guys on base. If they were going to beat me they were going to have to do some damage.''

Justin Upton hit a two-run home run for the Angels in the fifth inning, his 21st of the season, and added an RBI single in the seventh. Los Angeles saw its four-game win streak come to an end.

The Angels' Andrelton Simmons could have brought the Angels to within a run in the seventh on his deep drive to left field, but Span made a catch up against the wall while on the run.

An inconsistent offense has plagued the Mariners, who have scored three runs or less 12 times since July 6. The entered Sunday's game with 3.25 runs scored per game in July, after scoring 4.74 in March/April, 4.05 in May and 4.50 in June.

The Mariners had failed to score seven total runs in eight of their previous nine games.

Gordon opened the game with a bloop single to right-center field, his major league leading 32nd hit to lead off a game. He also scored for the 20th time when leading off a game, coming home on a Jean Segura single after he stole second base.

Span, Nelson Cruz and Gamel also drove in first-inning runs for the Mariners.

''Our offense is always aggressive and our guys are going to get their hacks in, but you have to get good pitches and we did a good job of keeping the line moving,'' Mariners manager Scott Servais said. ''We sent 11 guys to the plate in the first inning. We have not brought 11 guys to the plate in any inning this year, or at least it's been a while.''

Pena (1-2) faced nine batters and recorded just one out. He gave up seven runs on six hits with two walks and threw 33 pitches before he was replaced by right-hander Jim Johnson. Six Angels relievers combined to give up one run over the final 8 2/3 innings.

''Obviously that was the case in the past few games, they were very aggressive on the first pitch,'' Pena said through an interpreter. ''But this is in the past. I am going to continue stay positive and come back out and do my job next time.''

Gonzales (12-5) gave up two runs on seven hits with two walks and seven strikeouts. He has 31 strikeouts over his last five starts

The Angels' Albert Pujols had an RBI single in the seventh inning, for his 3,063rd career hit, and Simmons brought home another run in the inning on his fly ball to the wall.

Mariners first baseman Ryon Healy and catcher Zunino had a violent collision while chasing a foul ball in front of the Seattle dugout in eighth inning, but both players remained in the game.

Zunino's shoulder appeared to connect with Healy's chest, with the players' faces then appearing to slam together. Healy dropped David Fletcher's popup and was given an error. When Fletcher popped up again on the infield, Healy called for it loudly and pounded his chest while the ball was still in the air. He made the catch.

In good spirits after the victory, the players joked about the play from nearby lockers.

''I absolutely got up first,'' Zunino said of the collision, drawing a scoff from Healy. ''We have video replay.''

Said Servais: ''They're probably going to be sore tomorrow, but everybody came out of it OK.''

Home plate umpire Lance Barksdale was hit directly in the face mask by a 92-mph fastball from Angels right-hander Cam Bedrosian in the third inning but remained in the game. Barksdale was knocked to the ground before continuing after a short delay and met with Angels trainer Adam Nevala after the half inning.

LHP Tyler Skaggs (8-6, 2.62 ERA) will look to remain hot for the Angels when he pitches Tuesday at Tampa Bay, carrying a 1.44 ERA over his last eight starts into the outing.

LHP James Paxton (8-4, 3.70) is expected to return from the disabled list Monday when the Mariners open a three-game series at home against the Houston Astros. He was out of action because of a stiff lower back.