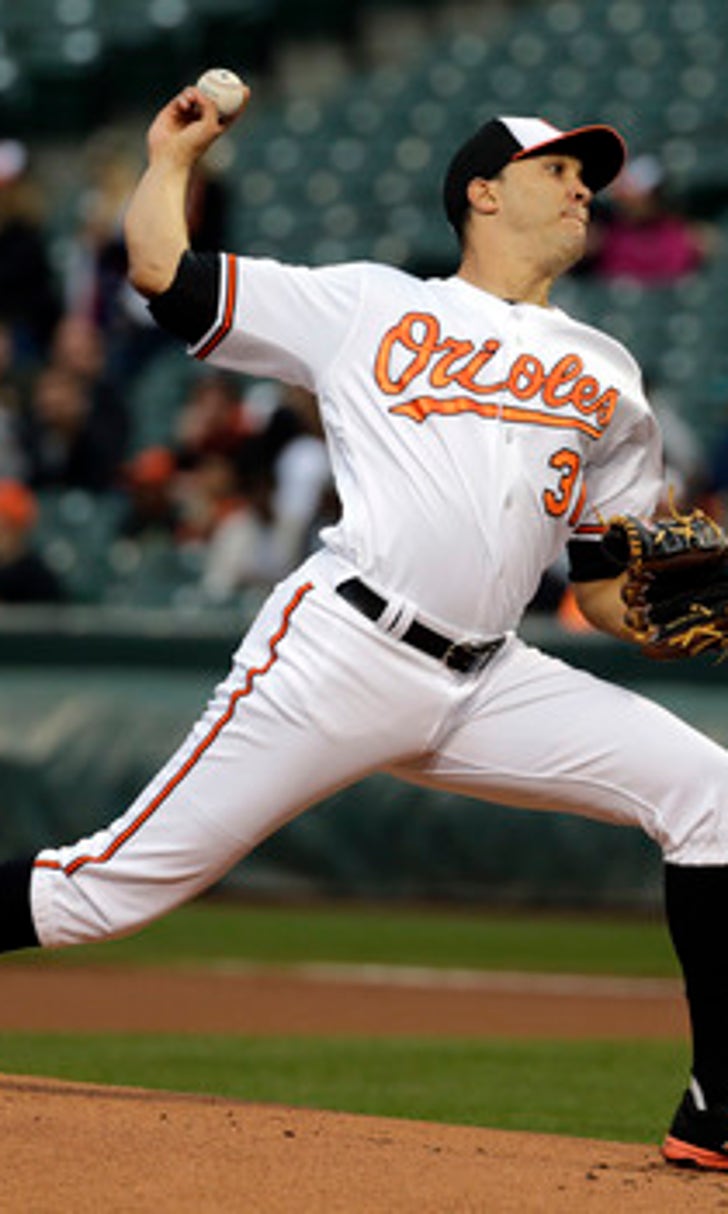 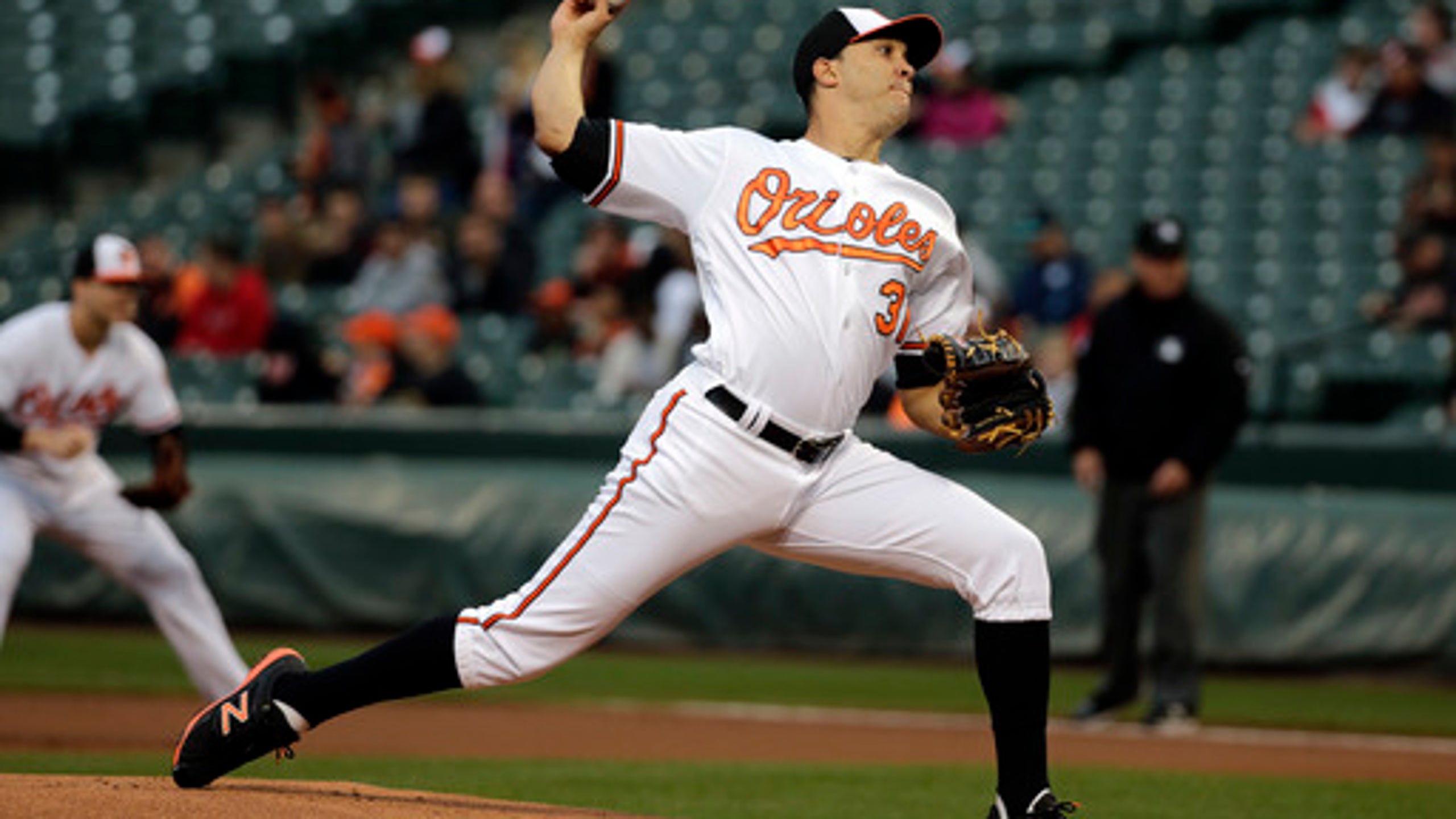 Orioles get 2 hits, little pitching in 10-0 loss to Mariners 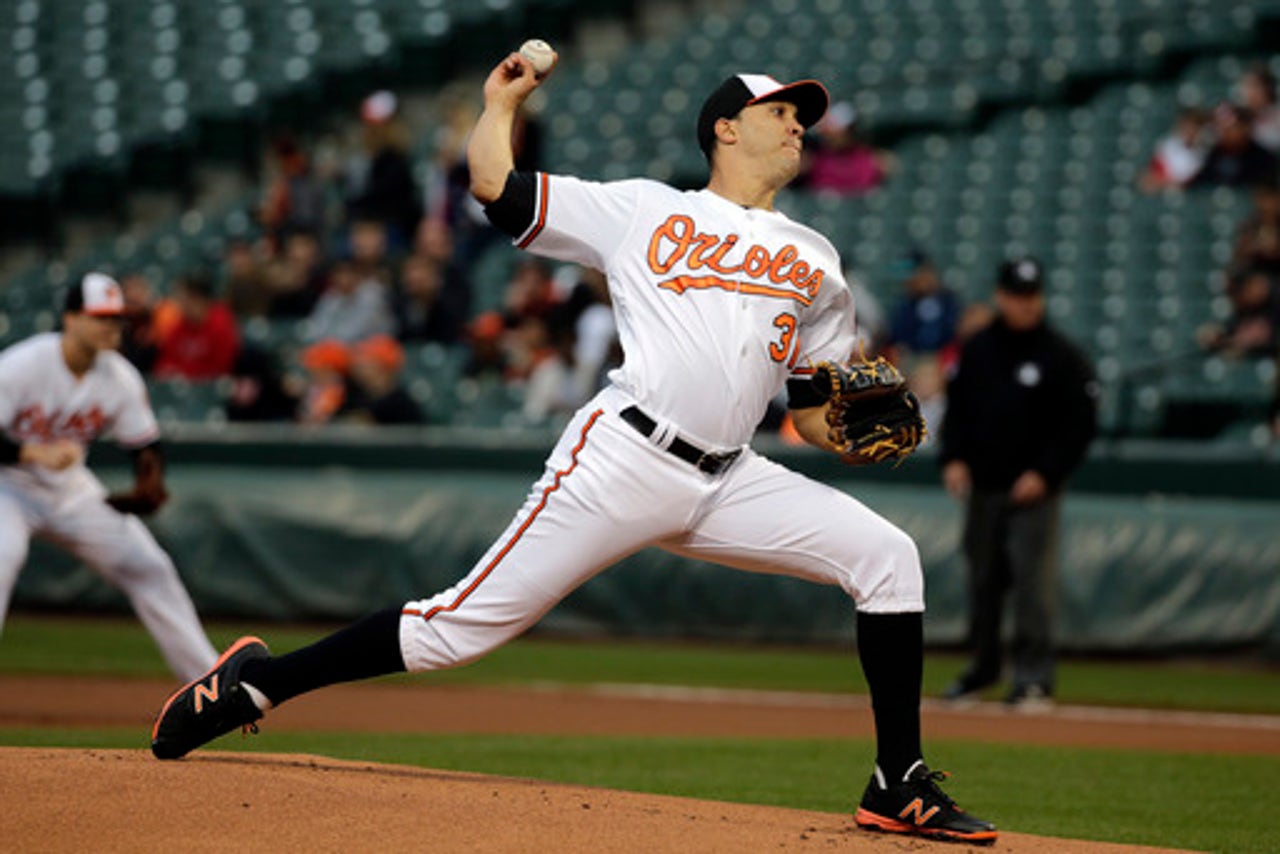 BALTIMORE (AP) There will be times this season when the Baltimore Orioles' offense and pitching work together in perfect unison.

That's what happened Tuesday night, although not in a good way. The Orioles mustered only two hits, Ubaldo Jimenez and Brian Matusz struggled on the mound, and Baltimore lost 10-0 to the Seattle Mariners.

Jimenez (2-4) allowed six runs, five hits and walked four in 4 1/3 innings. He was taken out with two runners on, and Matusz promptly yielded a three-run homer to Kyle Seager on an 0-2 pitch.

Throw in the meager offensive output against Wade Miley (4-2) and two relievers, and it all added up to the Orioles' most lopsided defeat of the year.

''It's disappointing,'' Jimenez said. ''As a starting pitcher you want to get deeper and give your team a chance to win. But it's just part of the game. I have to keep working and find a way to move on and get ready for my next one.''

''It's not a good feeling,'' the lefty said. ''I have been there before - had struggles - and fortunately in the past have been able to get through that. And I'm kind of in the situation where that's what I'm going to have to do now.''

Nelson Cruz homered and drove in five runs for the Mariners, and Robinson Cano had three hits, two RBIs and scored three runs on a wet, chilly night at Camden Yards.

Miley allowed two hits and walked three in six sharp innings. The left-hander was 0-2 with a 10.13 ERA in his three previous starts against Baltimore.

''I'll tell you what he did, he really commanded the inner half with the fastball,'' Orioles manager Buck Showalter said. ''It opened up the whole plate for him.''

Cruz and Cano have made a living off Baltimore pitching, and this game was no exception. Cruz has reached base in 43 of 46 career games against the Orioles, including 41 with at least one hit. Cano upped his lifetime batting average at Camden Yards to .367 over 83 games.

Cano doubled and scored in the first inning, scored ahead of Seager's homer in the fifth and doubled before Cruz's home run in the sixth.

''Robbie was locked in,'' Mariners manager Scott Servais said. ''It was nice to jump on Jimenez in that first inning. It kind of gets us going on the road trip and everything else. Seager had the big home run as well. It was a well-played game by us.''

Cruz hit a two-run single in the first and a three-run shot in the sixth off Matusz.

''I feel healthy,'' Matusz said. ''I just don't feel like I've found a rhythm yet. I haven't found that groove. It's something I've just got to keep working on, keep throwing, getting stronger and keep going from there.''

Mariners: LHP Charlie Furbush (shoulder) will throw live batting practice Thursday for Triple-A Tacoma. From there, he will travel to the team's minor league facility in Arizona to build his pitch count in extended spring training.

Orioles: RHP Yovani Gallardo (shoulder tendinitis) will throw 120 pitches on flat ground Wednesday. If all goes well, he will throw off a mound on Sunday.

Mariners: Taijuan Walker (2-2, 2.63 ERA) starts in the middle game of the series. The right-hander is coming off a nine-strikeout performance against Tampa Bay.