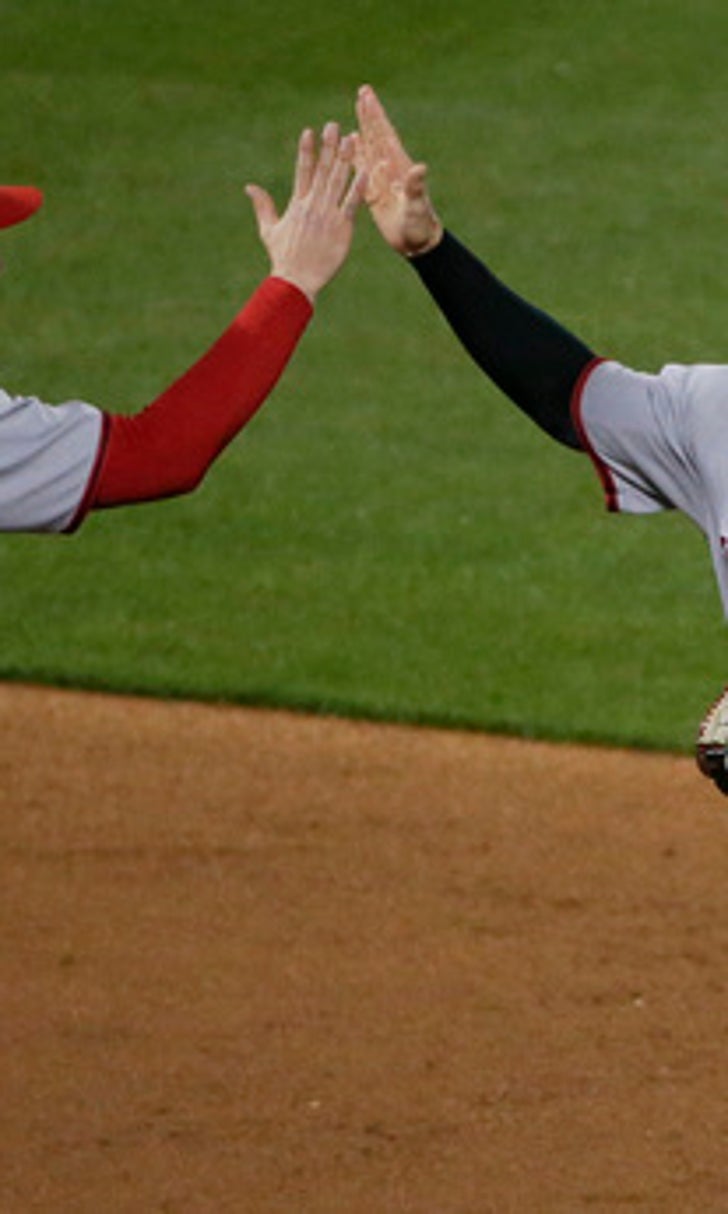 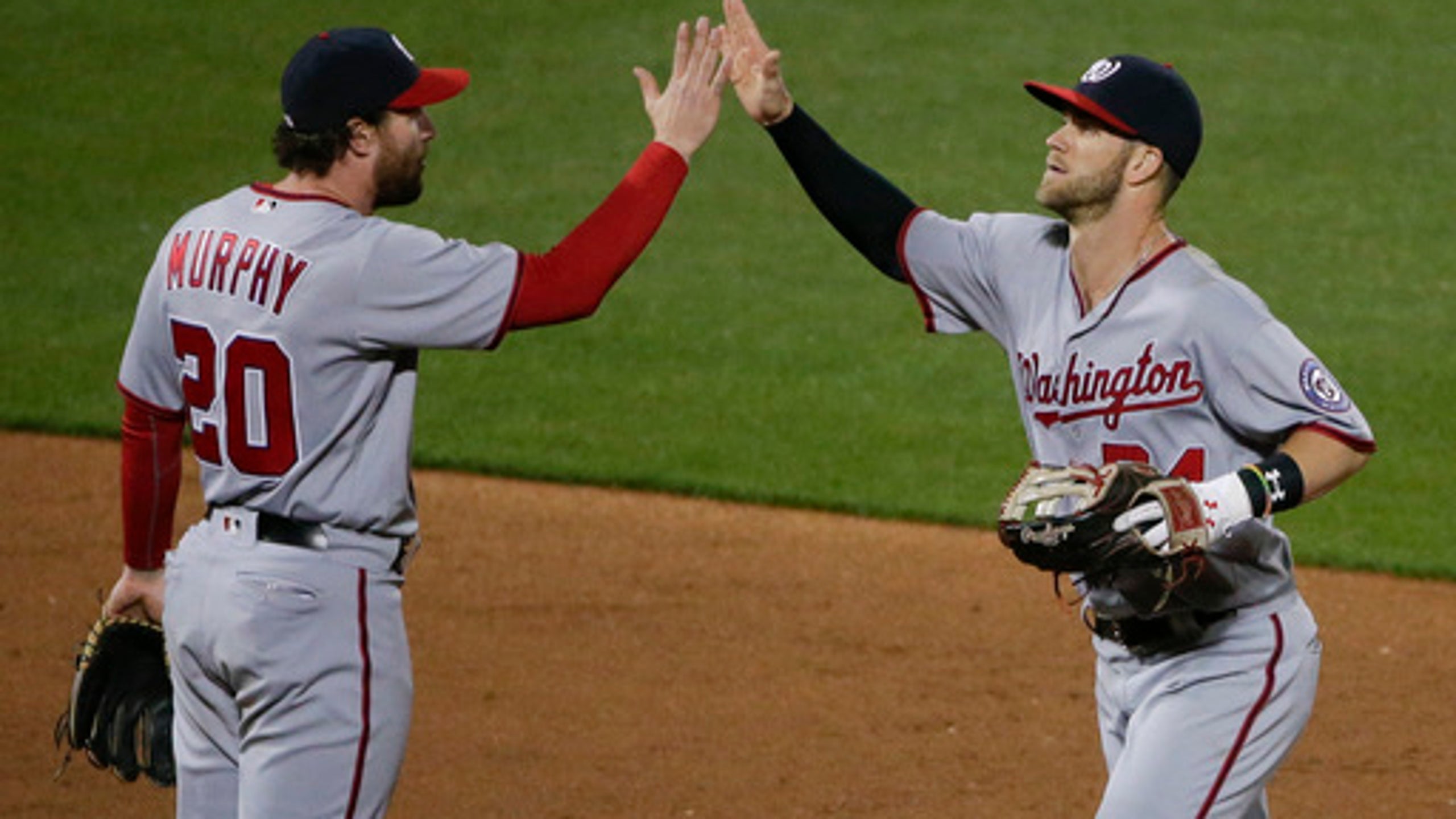 Nationals draw 11 walks to back Gio, beat Colon and Mets 7-1 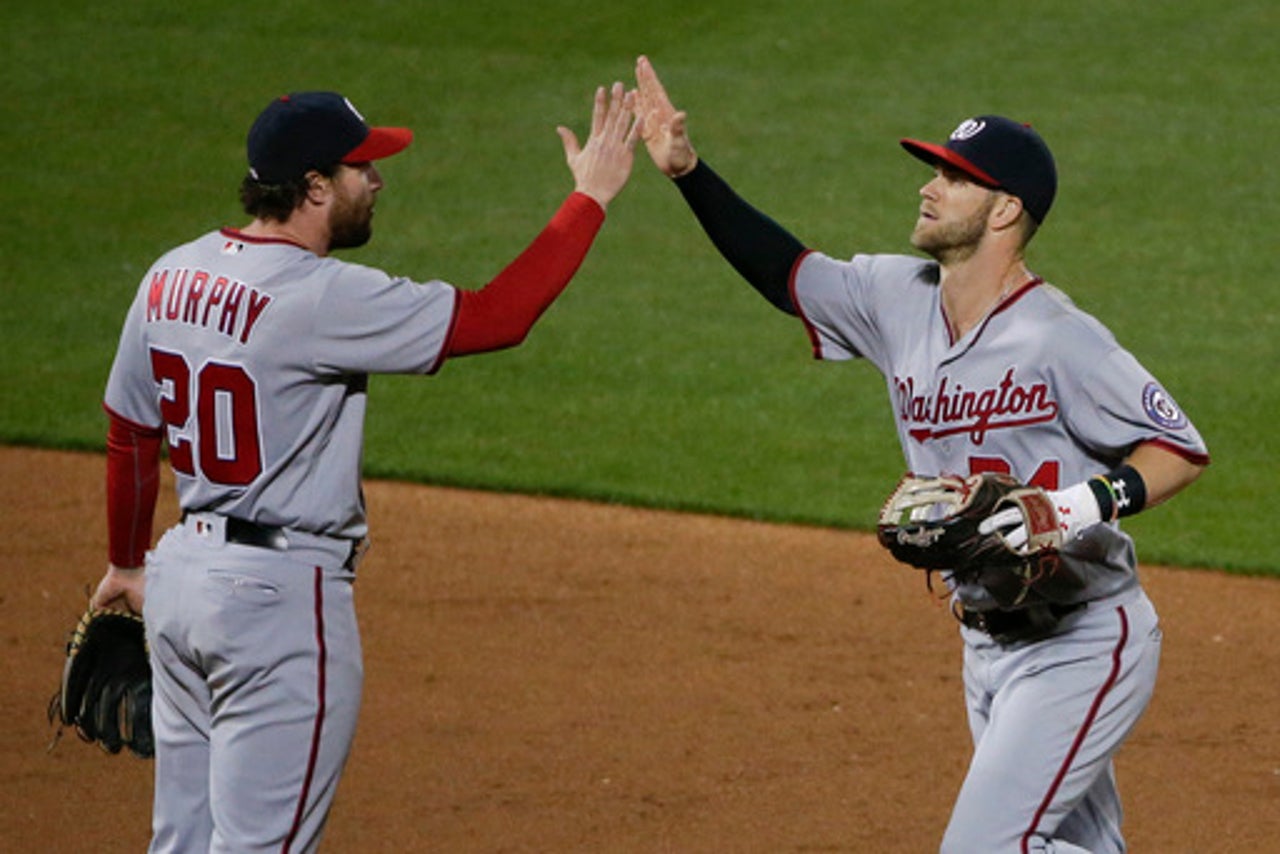 NEW YORK (AP) Daniel Murphy drove in two runs against his former team to back Gio Gonzalez in his latest win at Citi Field, sending the patient Washington Nationals past the New York Mets 7-1 on Wednesday night.

Anthony Rendon snapped a fifth-inning tie with a two-run single for the Nationals, who stopped a three-game skid and held onto first place in the NL East. They took advantage of uncharacteristic wildness by Bartolo Colon and the Mets, drawing 11 walks and getting hit by pitches twice in a game that dragged on for 3 hours, 42 minutes.

Gonzalez (3-1) carried a two-hitter into the seventh before three singles loaded the bases with one out. Felipe Rivero relieved and escaped the jam unscathed, retiring Kevin Plawecki and pinch-hitter Michael Conforto to protect a four-run lead.

Yoenis Cespedes hit his 13th home run for the Mets, who have lost five of six.

The rubber game of the series, the first this season between the division rivals, is Thursday night - with unbeaten Washington ace Stephen Strasburg pitching against struggling Matt Harvey.

Jayson Werth doubled, singled and scored three runs on a perfect night at the plate. He also walked three times and stole his first base of the season.

Behind him, Bryce Harper drew four walks and scored once. It was quite a contrast to Tuesday night, when Noah Syndergaard went right after Harper (0 for 4) and held the NL MVP without a walk for the first time in 11 games.

Lacking Syndergaard's 100 mph fastball and nasty secondary stuff, Colon (3-3) was more careful and did not have his usual pinpoint control. Pitching six days before his 43rd birthday, the portly right-hander walked five for the first time since April 26, 2005, with the Angels at Yankee Stadium.

Colon walked consecutive batters twice (Werth and Harper in the first and again in the third). Colon had not walked back-to-back hitters even once since July 18, 2007, with the Angels at Tampa Bay.

Murphy, a postseason star for the Mets last fall, fouled off five 0-2 pitches before slapping a grounder inside third base that went off the glove of a diving David Wright for an RBI single in the third.

Murphy added a long sacrifice fly in the seventh, when Juan Lagares made a splendid catch over his head on the warning track in center field. Danny Espinosa drew a bases-loaded walk from Logan Verrett, and Wilson Ramos added a two-run single in the ninth.

Nationals: Slumping CF Ben Revere winced in pain when he was hit by Antonio Bastardo's pitch near the right forearm leading off the seventh. Revere remained in the game and scored on Murphy's sacrifice fly.

Mets: Wright returned to the lineup after getting scratched Tuesday when his balky back flared up during batting practice. ''He came in today and said he felt much, much better,'' manager Terry Collins said. Wright went 0 for 4 with three strikeouts. ... 1B Lucas Duda (stiff back) sat out again but was feeling a lot better, Collins said. ''My guess is he will be available to pinch hit,'' the manager said, adding he wants to start Duda in the series finale Thursday night. ... LHP Steven Matz (elbow) threw his side session as expected, the Mets said, and is scheduled to start Friday night against Milwaukee. Matz missed a turn Saturday in Colorado.

Strasburg (6-0, 2.95 ERA) and Harvey (3-5, 4.93) square off for the third time in the majors. Harvey has beaten Strasburg in both previous matchups and will attempt to extend his dominance against Harper - the slugger is 0 for 20 with seven strikeouts and three walks vs. Harvey. Washington has won the past 12 games started by Strasburg, who recently agreed to a $175 million, seven-year contract that begins next season.