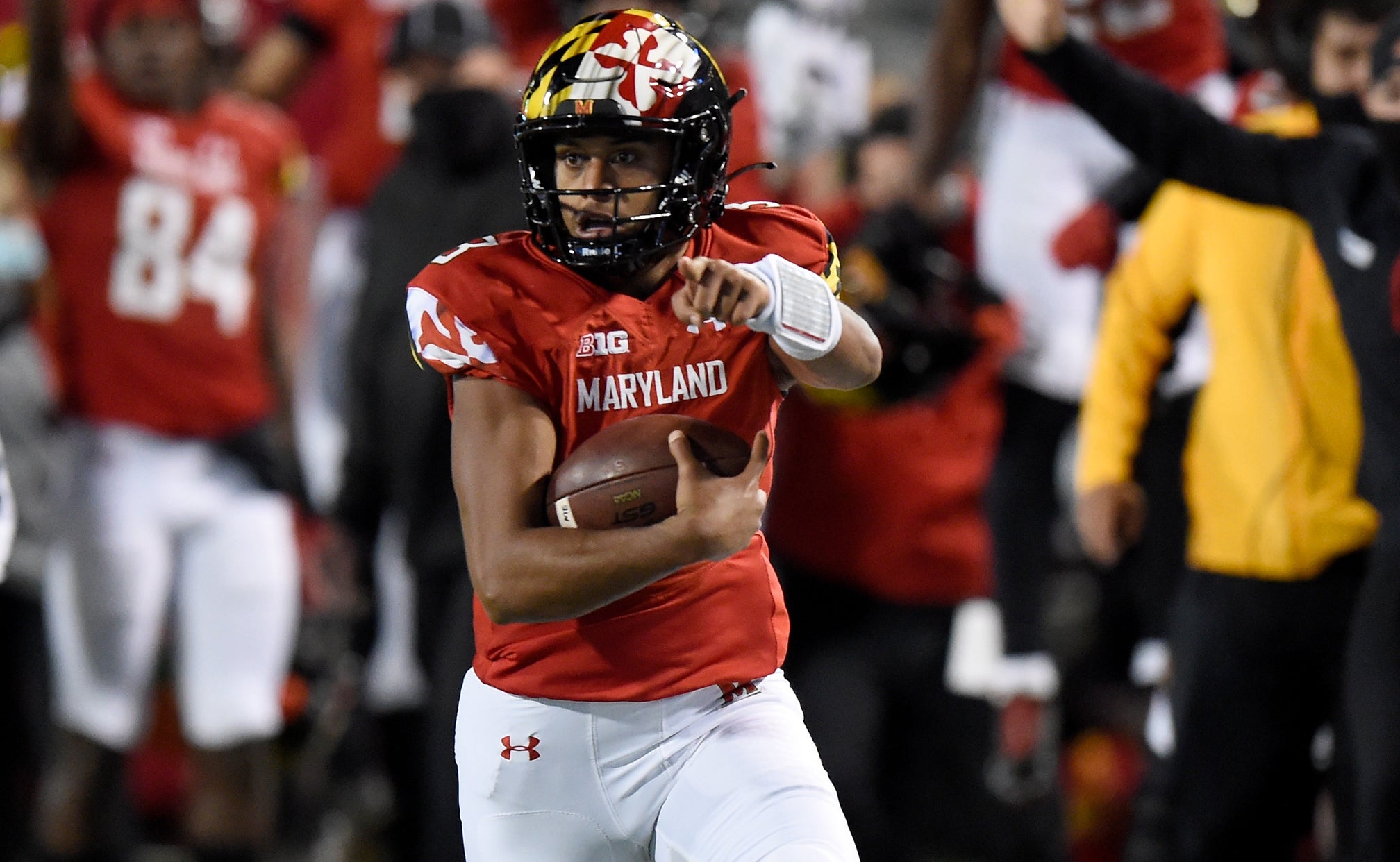 previous story
The Most Heated Rivalry In The NFC East
next story
Will Underdogs Rule In A Super Week 8?
College Football

Taulia Tagovailoa is not only the little brother of Miami Dolphins quarterback Tua Tagovailoa, he's the starting quarterback for the Maryland Terrapins, after transferring from Alabama before the start of the 2020 season.

And while the football worId is anxiously anticipating Tua's first career NFL start on Sunday, Taulia gave everyone a nice appetizer on Friday night in his second career college start.

Friday night indeed had to serve as a bounce-back game for Taulia, after an abysmal performance for him and the Terrapins last weekend at Northwestern when the Wildcats beat the breaks off of Maryland, 43-3.

Taulia was far from impressive in his first collegiate start, but he erased all memory of last weekend within minutes during Friday's matchup with Minnesota.

The younger Tagovailoa accounted for three touchdowns in the first quarter against Minnesota in the form of an eight-yard pass, a 39-yard run and a 76-yard pass, giving the Terrapins a 21-7 lead in the first 15 minutes of play.

Maryland's hot start would be short-lived, as Minnesota scored 31 unanswered to take a 17-point lead into the fourth quarter.

However, the world quickly found out that there is such a thing as 'Taulia Time.'

Taulia connected with Dontay Demus Jr. for a 15-yard score to open the final frame, before twice leading the Terrapins into scoring territory, capped off by a field goal from Joseph Petrino and a 19-yard TD run from Jake Funk, pushing the game into overtime.

In OT, this two-yard run from Taulia, along with the extra point, would give Maryland a 45-44 comeback win over the Golden Gophers.

After the game, Taulia was the talk of the internet.

It seems like Taulia is officially creeping out of the big shadow of big brother.