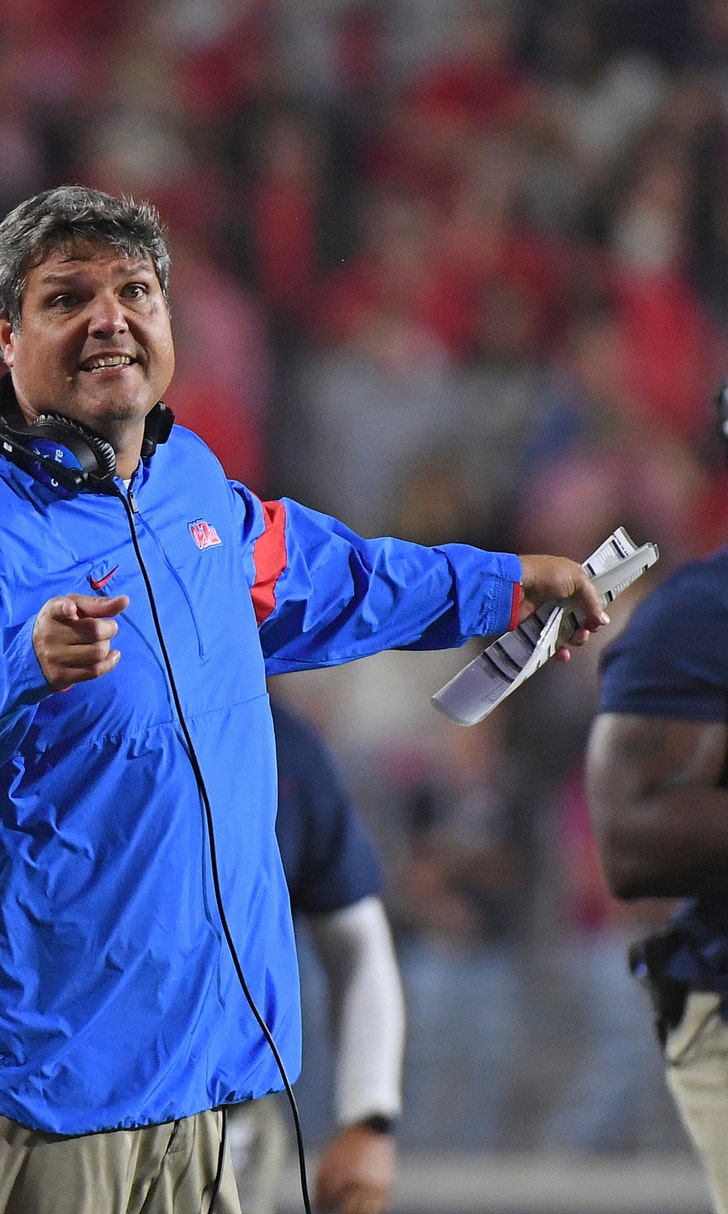 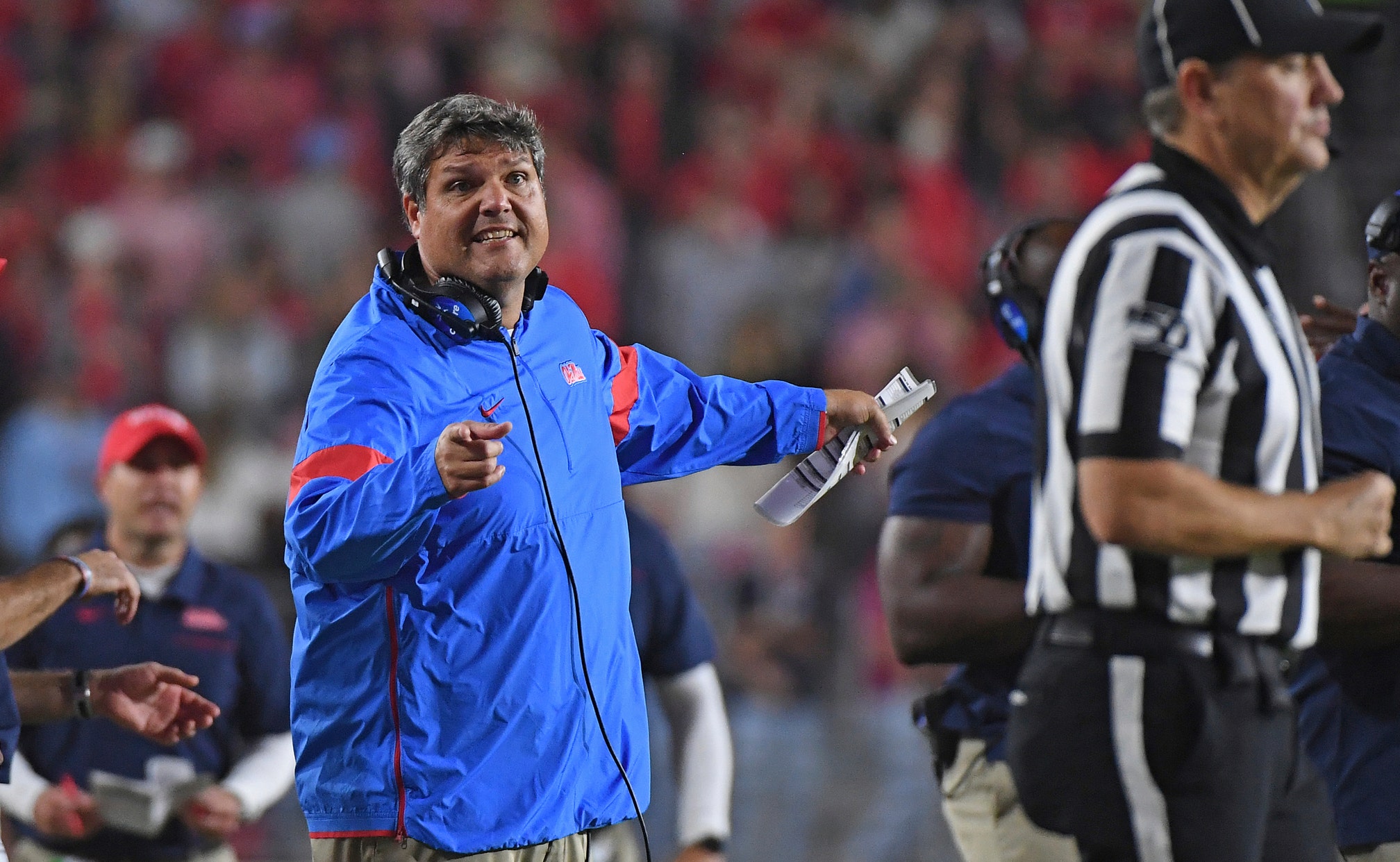 OXFORD, Miss. (AP) — Mississippi's off week comes at an optimal time for the Rebels because it gives them an opportunity to recover from a bruising 24-17 loss to Texas A&M.

Freshman quarterback John Rhys Plumlee is having a minor knee procedure this week and should be back in time for Ole Miss' next game Nov. 2 at No. 9 Auburn. Jerrion Ealy, who took a blow to the head in the first half of the loss to Texas A&M, is in concussion protocol and is day-to-day.

Plenty of other Rebels also are dealing with injuries.

"The open date does come at a good time, so we'll get these guys rested and ready to go against Auburn," Ole Miss coach Matt Luke said.

The injury report isn't the only uncertainty looming over Ole Miss.

Through eight games, the Rebels haven't established an offensive identity. That issue is underscored by Ole Miss' use of a two-quarterback system with the fleet-footed Plumlee and Matt Corral, who began the season as the starter but missed two games with a rib injury.

The two quarterbacks platooned in the loss to Texas A&M, and the results were suboptimal.

The issue the Rebels face is that opposing teams don't respect the throwing ability of Plumlee, who has completed just 47.6 percent of his pass attempts.

When Corral is in, it likely signals a passing play, even though the Rebels have run the ball 62 percent of the time overall.

Being one-dimensional and predictable is tough to overcome in the Southeastern Conference.

"It's based on certain plays we want to run, which ones they do better and trying to keep the defense off balance," offensive coordinator Rich Rodriguez said. "Listen, I don't care what people think about playing two quarterbacks, getting into a rhythm and all of that. They don't understand how we work things. That's not a concern of mine. We do it in practice all the time."

Luke didn't commit to continuing to play both quarterbacks in the game against Auburn. It is unclear if Plumlee's knee procedure and absence in practice will have an effect on that decision.

The loss to Texas A&M put Ole Miss' postseason hopes on life support. The Rebels have Auburn, New Mexico State, No. 2 LSU and Mississippi State left on the schedule and must go 3-1 through that stretch to become bowl eligible.

Ole Miss has lost a number of winnable games through the first two months of the season, and now must upset either Auburn or LSU to have a shot at six wins.

"We're going to focus on Auburn and go recruiting, keep stacking those good classes on top of each other and build this thing and get it to where we want it to be," Luke said. "I'm very disappointed and sick to my stomach that we didn't win the (Texas A&M) game. I felt like we had our opportunities to, but I'm also encouraged to know that we're right there and we're very close."

A Fresh Start In The SEC
Two of college football's powerhouses named new starters on Monday, and Matt Leinart sees big things for both.
6 hours ago

Deion Sanders Joins The Coaching Ranks
Call him "Coach Prime." The Hall of Famer is back, and he made quite an entrance. Here's how the sports world reacted.
7 hours ago