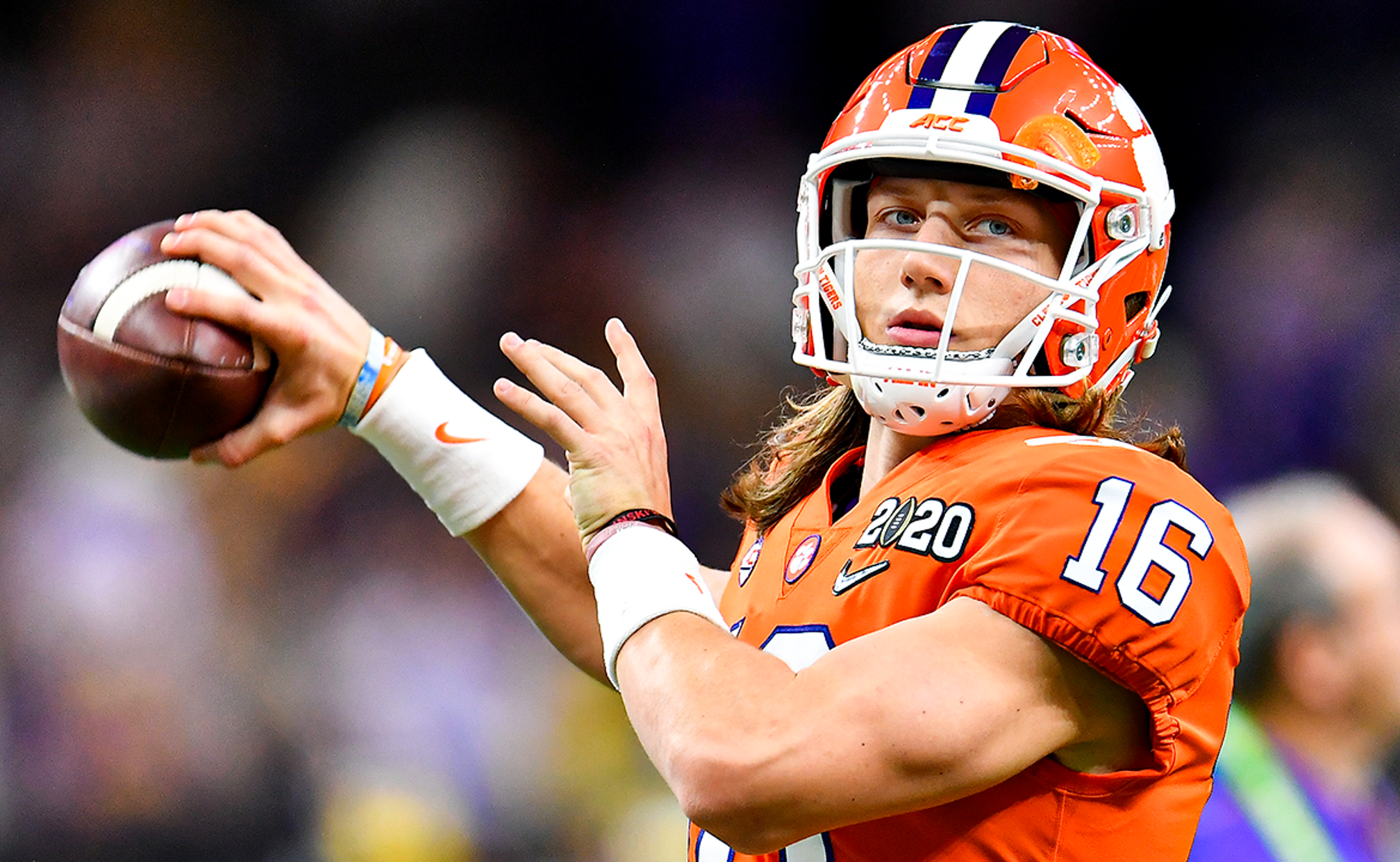 With the Big Ten's announcement that it plans to play football beginning in late October, the Heisman race quickly became a bit more exciting, adding a few talented playmakers back into the mix.

Let's see who we should keep a close eye on this season, according to Leinart (All odds provided via FOXBet):

Oklahoma earned a 48-0 season-opening win primarily behind the arm of their redshirt freshman QB, who threw for 290 yards and 4 TDs in his Sooner debut.

OU was off last weekend, but to start the season, Rattler posted an impressive 82.4 completion percentage against Missouri State. 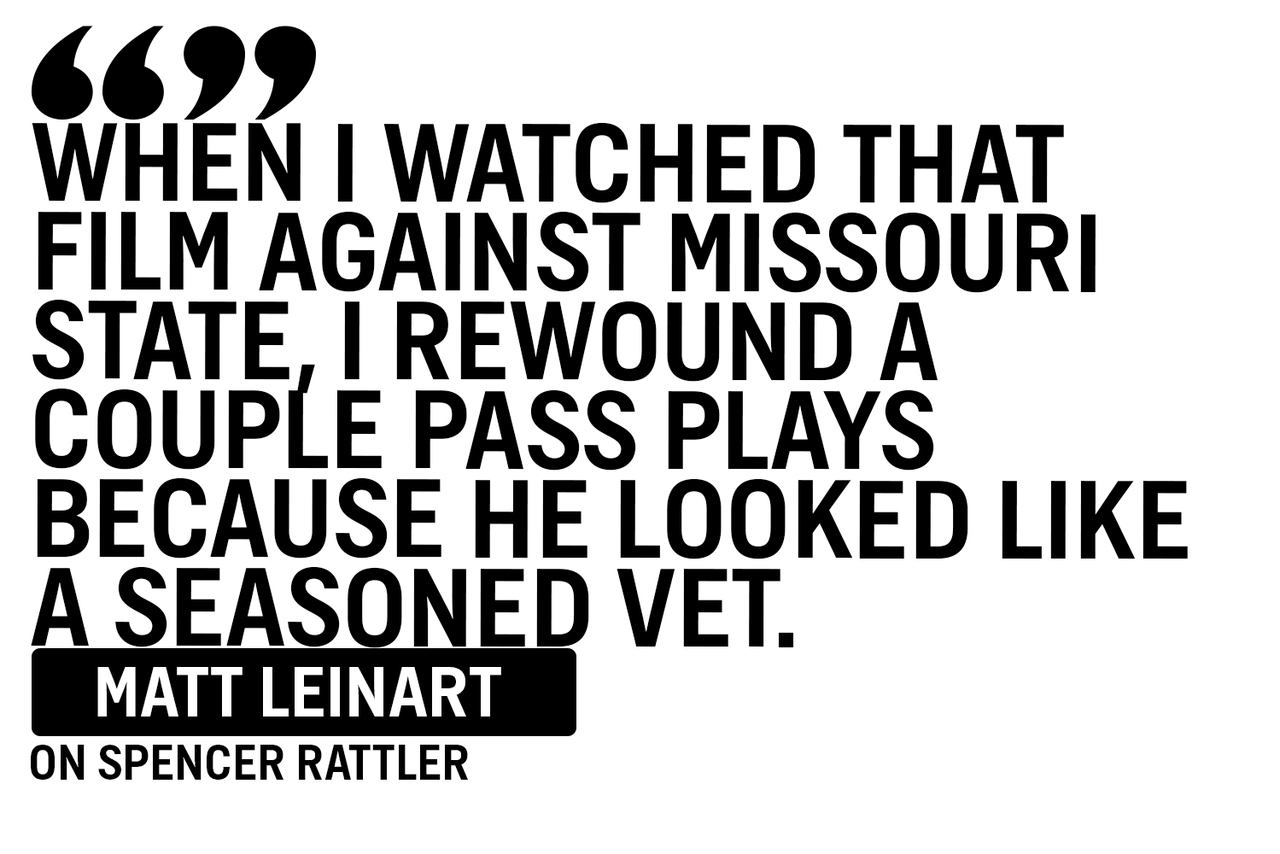 Texas didn't play this past Saturday, but the show that Ehlinger put on in the Longhorns' opener, slinging 5 TDs in the first half alone, is still fresh on the college football world's mind.

The senior standout finished the day with a 75.8 completion percentage, 426 passing yards and 5 passing TDs in a 59-3 win over UTEP. 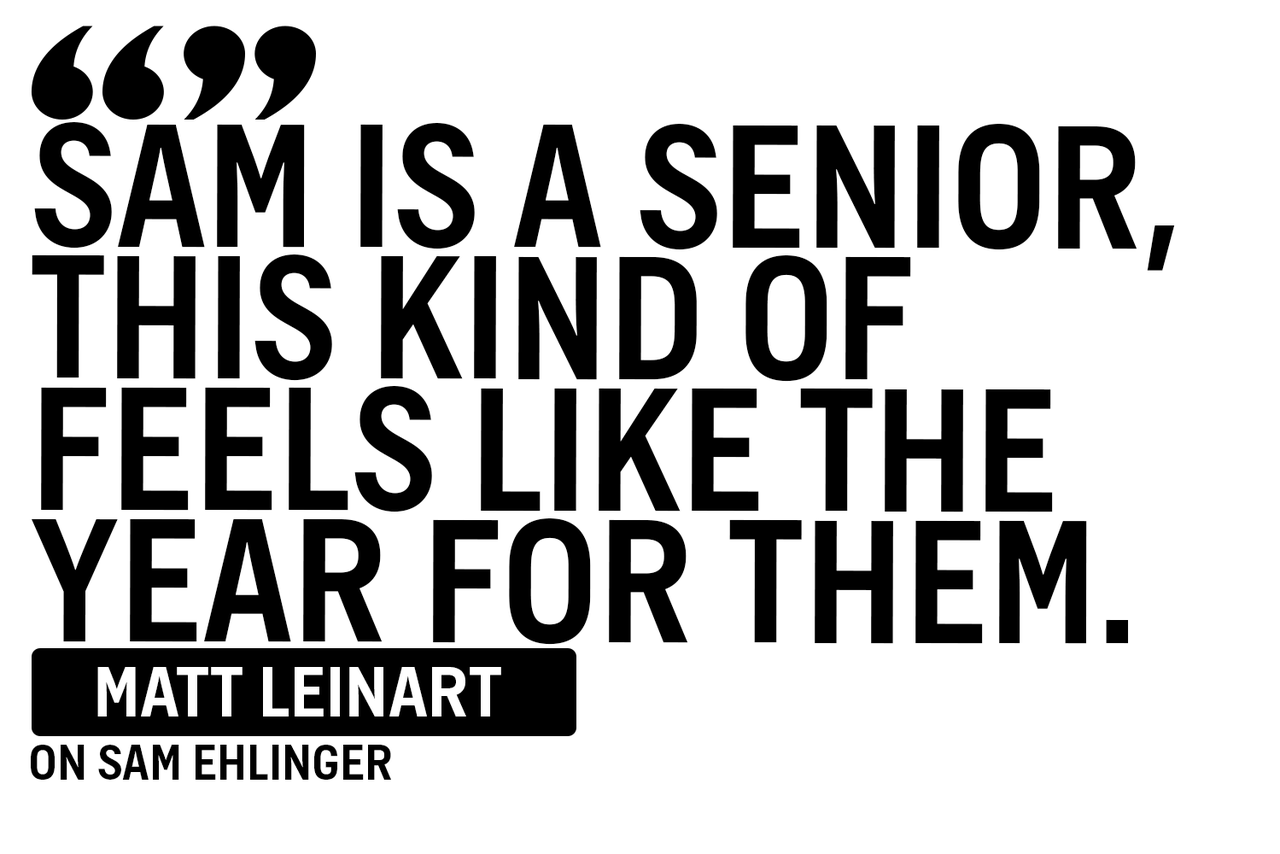 In Miami's first two games of the season, D'Eriq King has thrown for a combined 469 yards and 4 TDs, while racking up 92 yards on the ground and 1 rushing score. 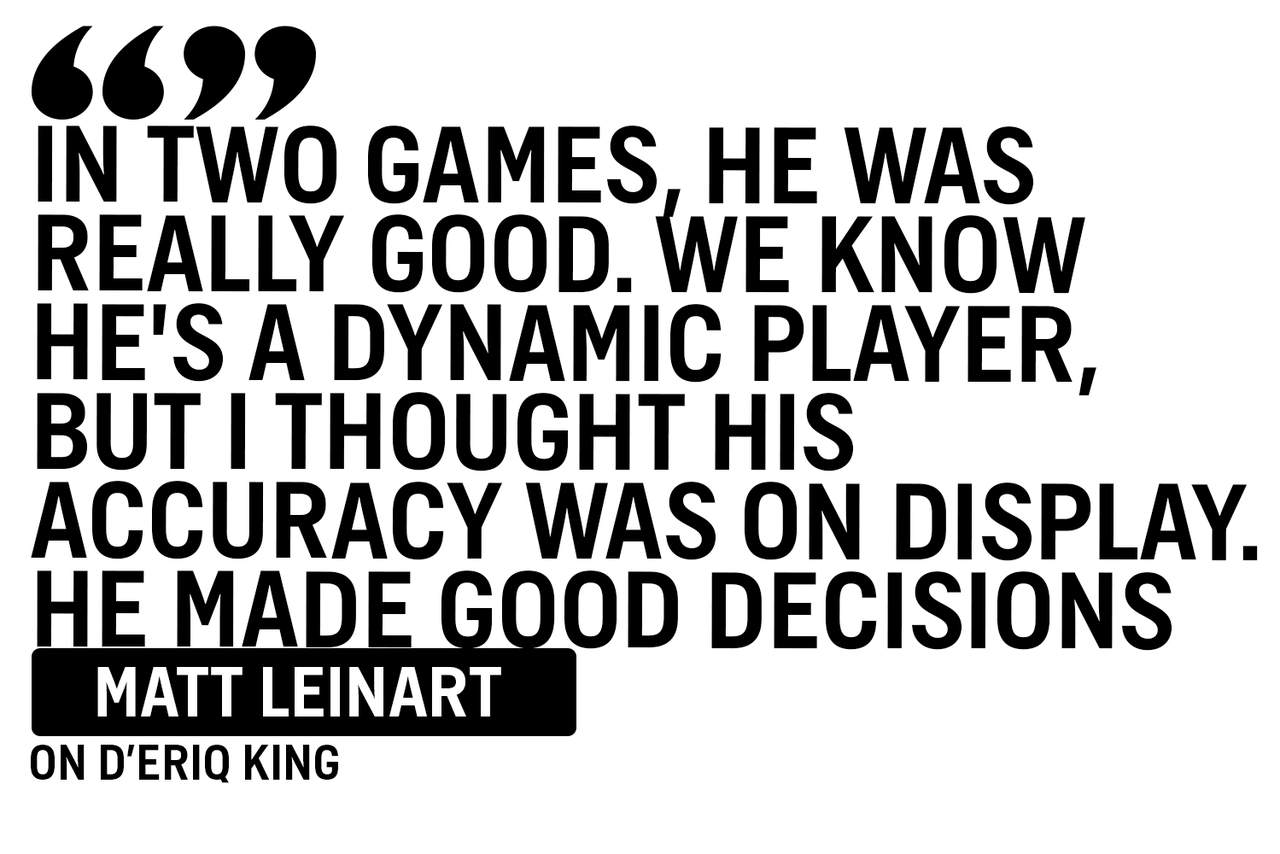 In Week 2, King capped the Hurricanes' 47-34 victory over Louisville by throwing for 325 yards and 3 TDs on the day, after Miami relied mostly on its run game in Week 1.

We'll have to wait until late October to officially see Fields hit the gridiron, but last year, the OSU star threw for 3,273 yards and completed 67% of his throws, recording 41 TDs and just 3 interceptions.

Fields ran for another 484 yards and 10 scores, en route to a berth in the College Football Playoff at the end of last season. 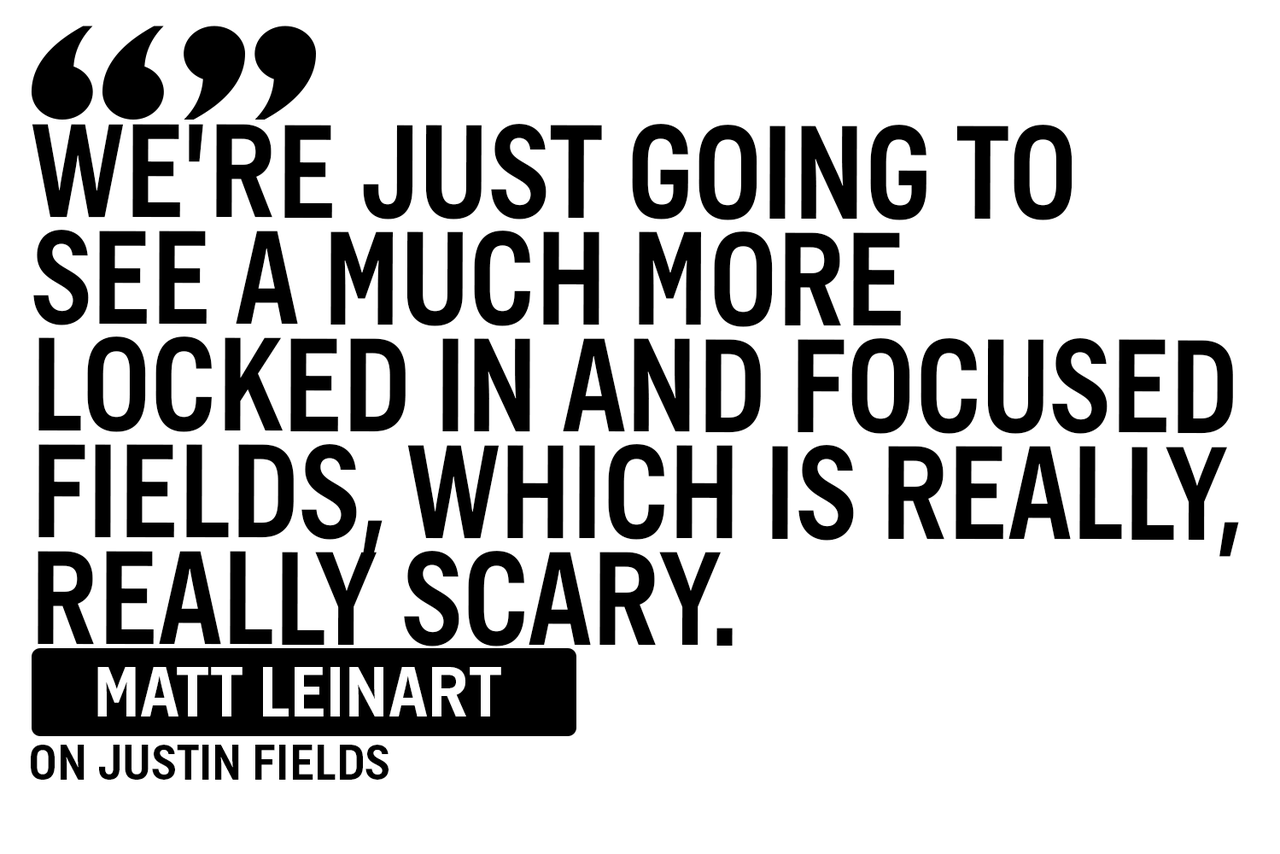 Through the first two games of the season, Trevor Lawrence recorded a 81.1 completion percentage with 519 passing yards, 4 passing TDs, and 3 rushing TDs. 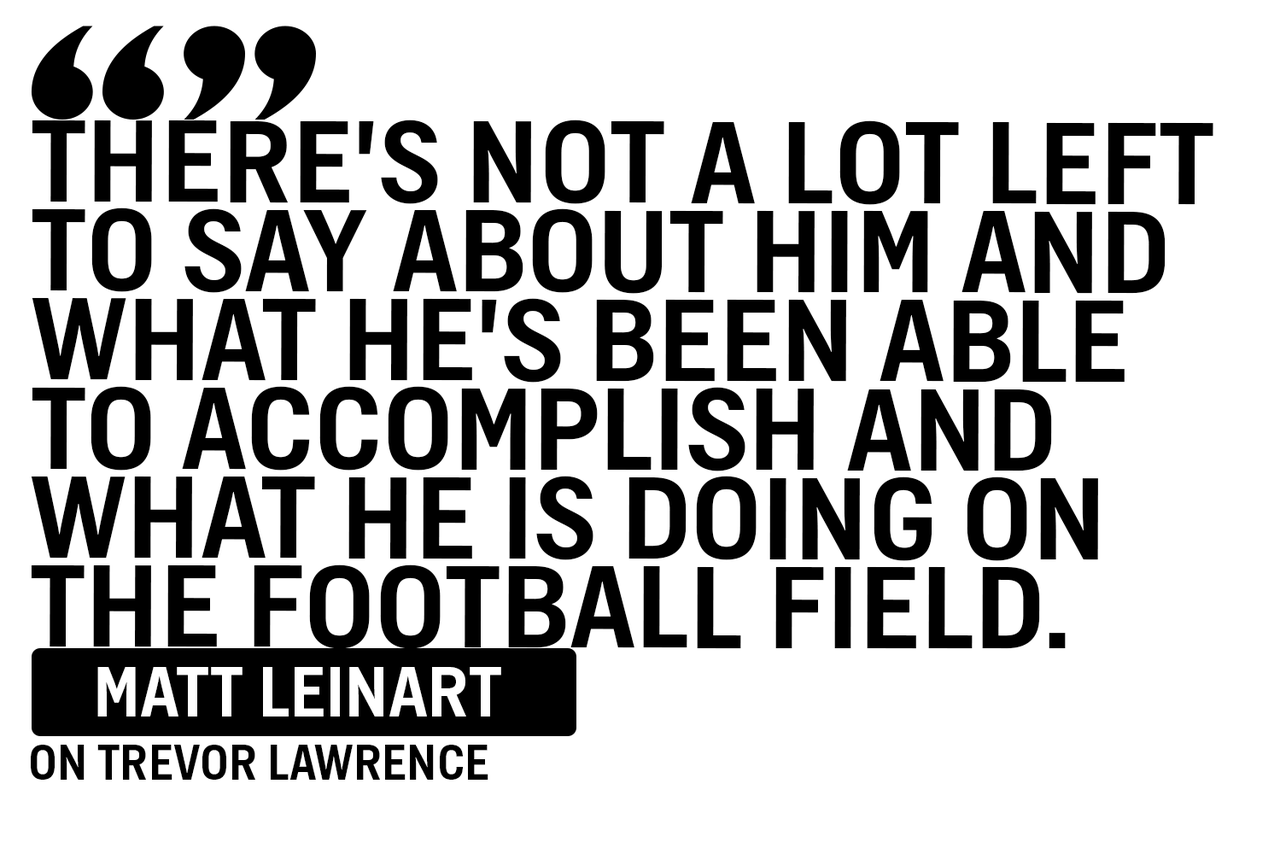 Last weekend, in the Tigers' blowout win over The Citadel, he aired it out for 3 TDs on a mere nine attempts, and only had one incompletion in those nine throws.

While Leinart loves his QBs, he added a few running backs that fans should also look out for this season. 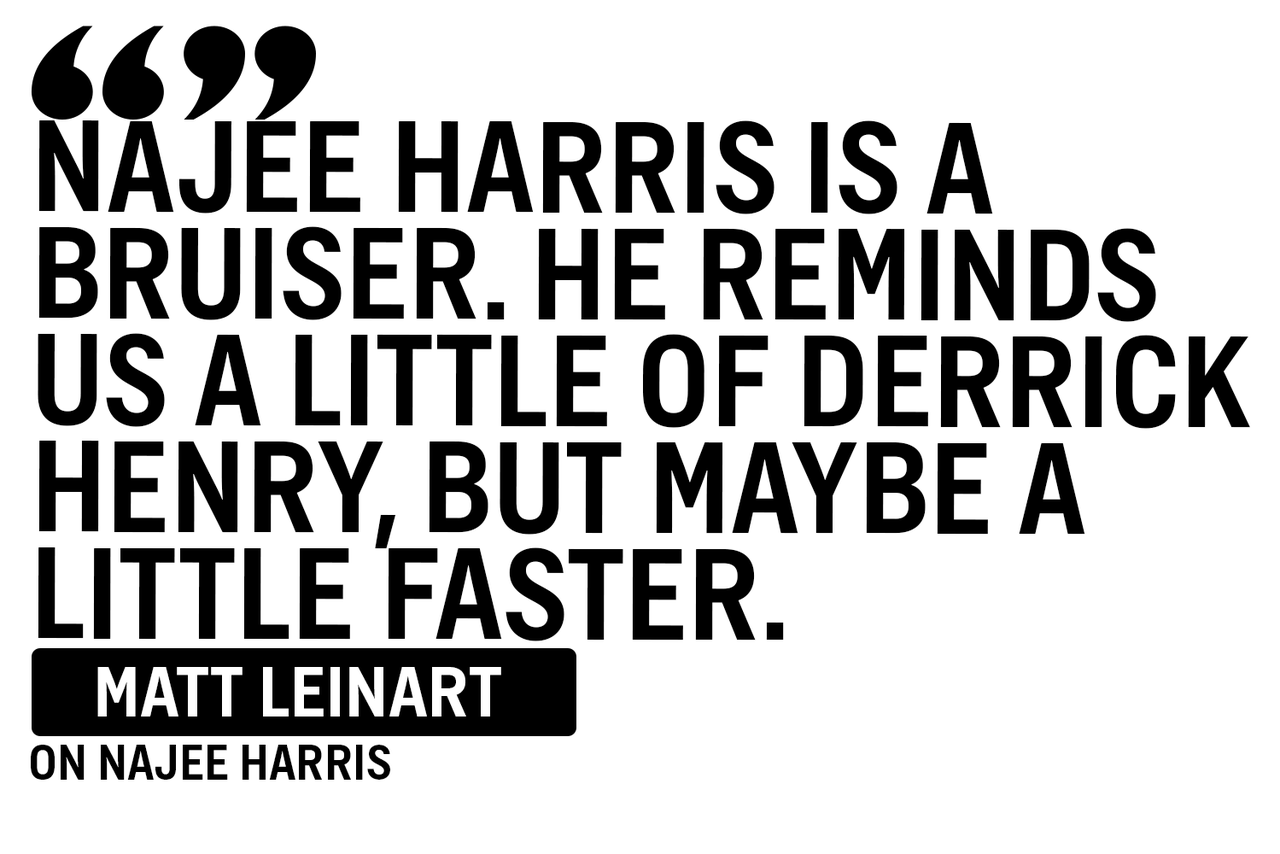 Harris’ 13 rushing TDs in 13 games were tied for second-most in the conference, while he ranked third in carries (209) and fourth in rushing yards (1,224).

He also caught 27 passes, turning them into 304 yards and 7 receiving TDs. 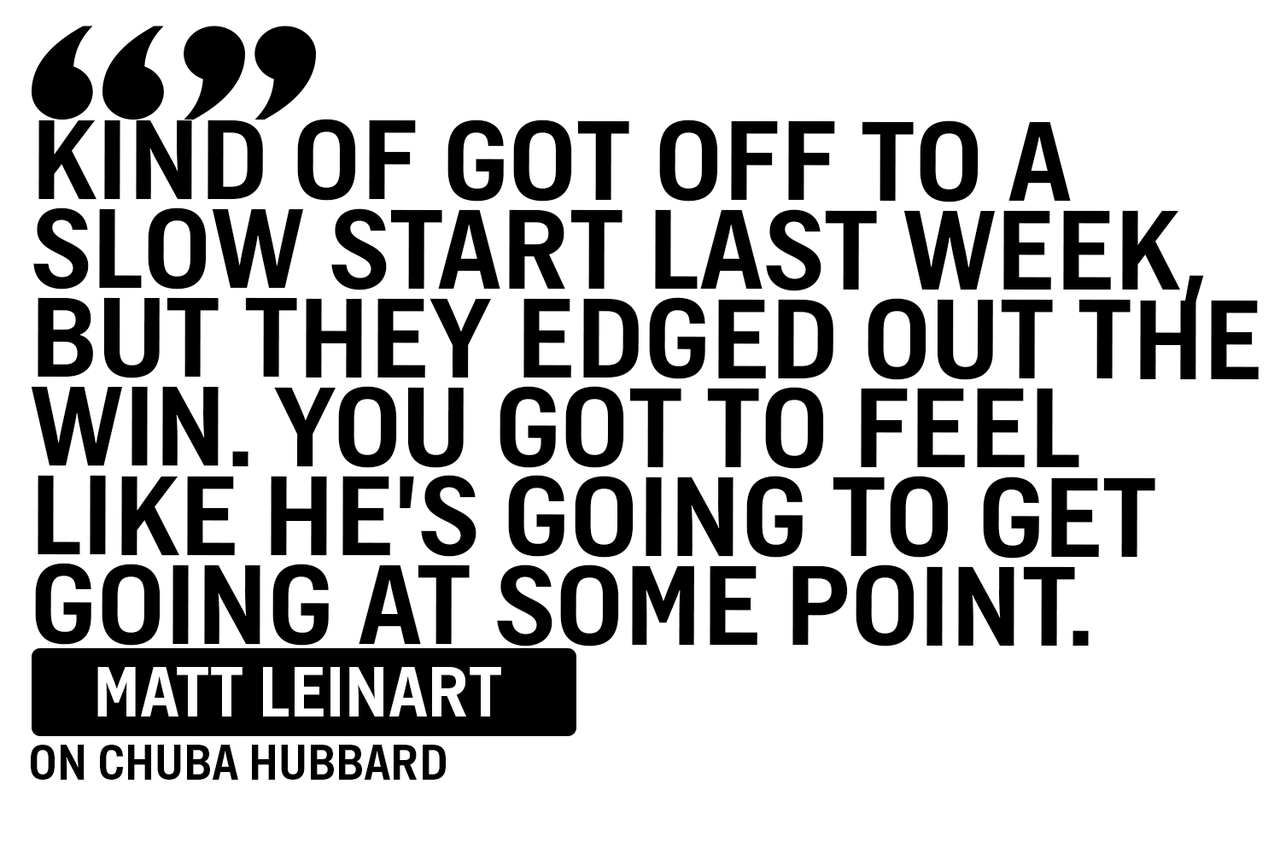 Chuba Hubbard scored the Cowboys' first TD of the 2020 season against Tulsa on Saturday, and later gave, Oklahoma State the lead in the fourth quarter with a short 3-yard carry.

He finished the day with 93 yards and 1 TD in a 16-7 win over the Golden Hurricanes.

Etienne had 8 carries for 68 yards in Clemson's win over The Citadel, sitting most of the game after the Tigers got off to a hot start.

To hear all of Leinart's thoughts on this year's Heisman candidates, watch the entire clip below: