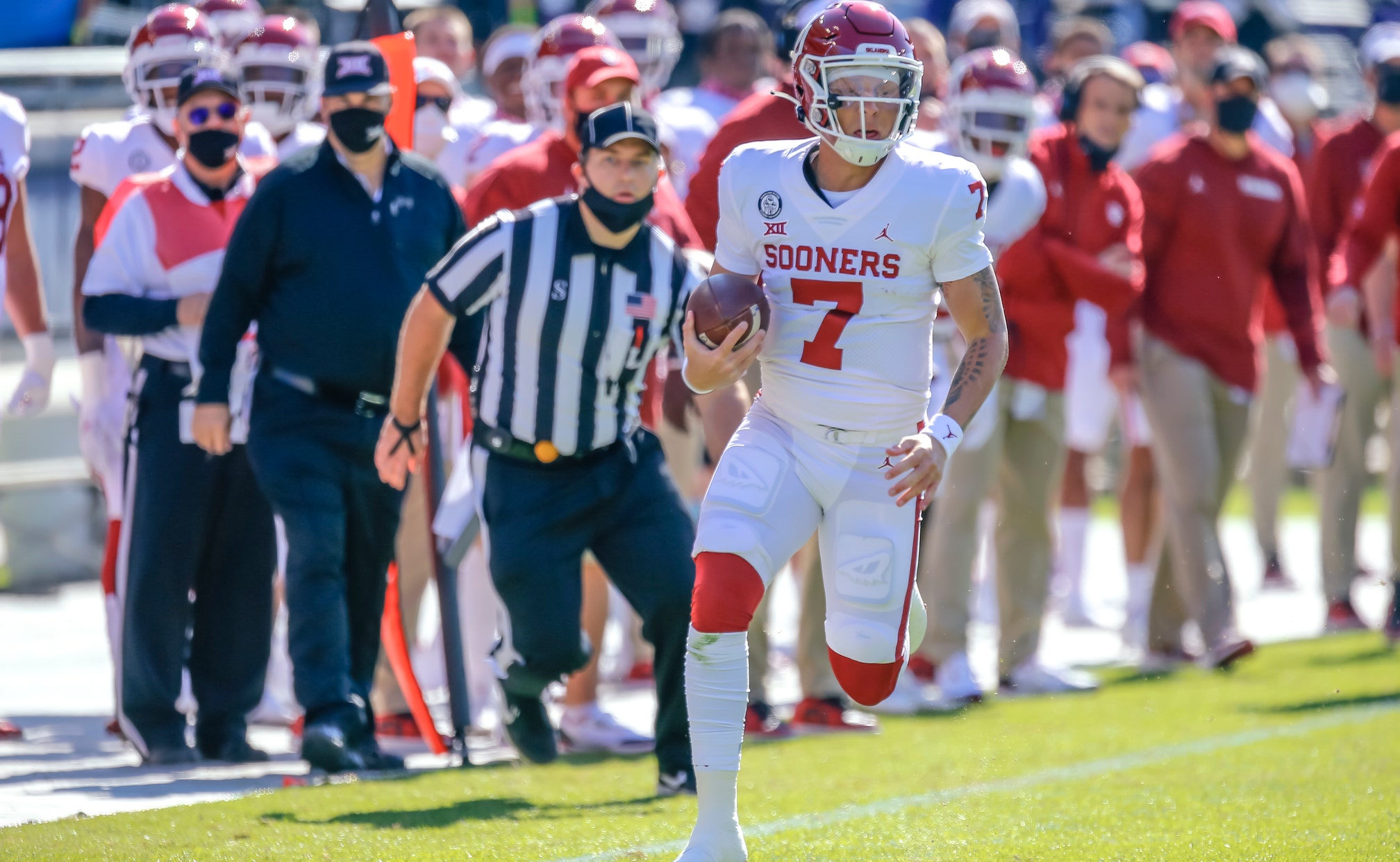 The return of the Big Ten lived up to the hype, as the Buckeyes looked like they hadn't missed a beat, while a stunning upset of a top 10 squad came down to a matter of inches.

Check out the top moments from the biggest Saturday of college football we've seen so far this season. (All odds provided by FOX Bet.)

A wild day in Bloomington

The Big Ten welcomed everyone back with an absolutely outrageous ending, in which the Indiana Hoosiers knocked off No. 8 Penn State in overtime on a controversial two-point conversion.

The Hoosiers initially coughed up a double-digit lead to Penn State, but they rallied at the end to tie the game up with 22 seconds remaining.

Penn State scored first in overtime to take a 35-28 lead.

But the Hoosiers wouldn't lie down, coming right back with a touchdown of their own.

You have to go big or go home when facing a top 10 opponent, and that's what Indiana did, going for two and converting to secure the upset win against Penn State on a call that the officials did not overturn.

All of the doinks – all for naught

The Rice Owls had a chance to come away with an overtime win of their own on Saturday, but instead of staying aggressive, they decided to play things a little more conservatively.

After three straight kneel downs, Rice lined up for a 45-yard field goal ... only to watch as the ball caromed off one upright, bounced off the crossbar, hit the other upright, rebounded off the crossbar once more, and fell no good.

What's better than crushing the QB that the ball pops right out of his hands? Having one of your big ol' defensive lineman friends right behind you to pluck the pigskin out of the air and take it to the house.

This touchdown grab from Jaxon Smith-Njigba was so good that it fooled both the refs and the announcers.

The punt to end all punts

It's not every day that a punt makes the top plays, but when you boom one 110 yards – with the rush bearing down on you – you get the nod.

On 4th and 1, quarterback Rocky Lombardi tossed it to receiver Jayden Reed, who hit the juke step and took it down the sideline for a 50-yard score.

Etienne exploded for a ridiculous 25-yard run, hitting the hole, spinning out of traffic and locating pay dirt.

Alabama lost star wide receiver Jaylen Waddle to an ankle injury in the first quarter, but John Metchie III has proven to be more than capable of filling in.

Brooks gets loose and K-State runs over Kansas

K-State wide receiver Phillip Brooks had two punt returns for the Wildcats in the 55-14 blowout over the Jayhawks.

K-State's offense earned the win by a huge assist from the defense, as in addition to those two scores, another touchdown was a pick-six from Justin Gardner.

K-State now has 122 non-offensive touchdowns since 1999, good for an NCAA record.

The Wildcats boast their 12th victory in a row over the Jayhawks, marking the longest win streak by either team in the history of the series.

Seth Williams is a bad man

Auburn receiver Seth Williams showed off his hops with a hurdle over an Ole Miss defender for a gain of 21 yards.

The Tigers finished the day with a 35-28 victory over the Rebels.

Houston's Marquez Steveson got up and over, but didn't fully clear the defenders, as he was hit from the inside.

That one had to hurt.

When you know, you know

Tennessee quarterback Jarrett Guarantano connected with Jalin Hyatt on a 38-yard touchdown that couldn't have been executed any better.