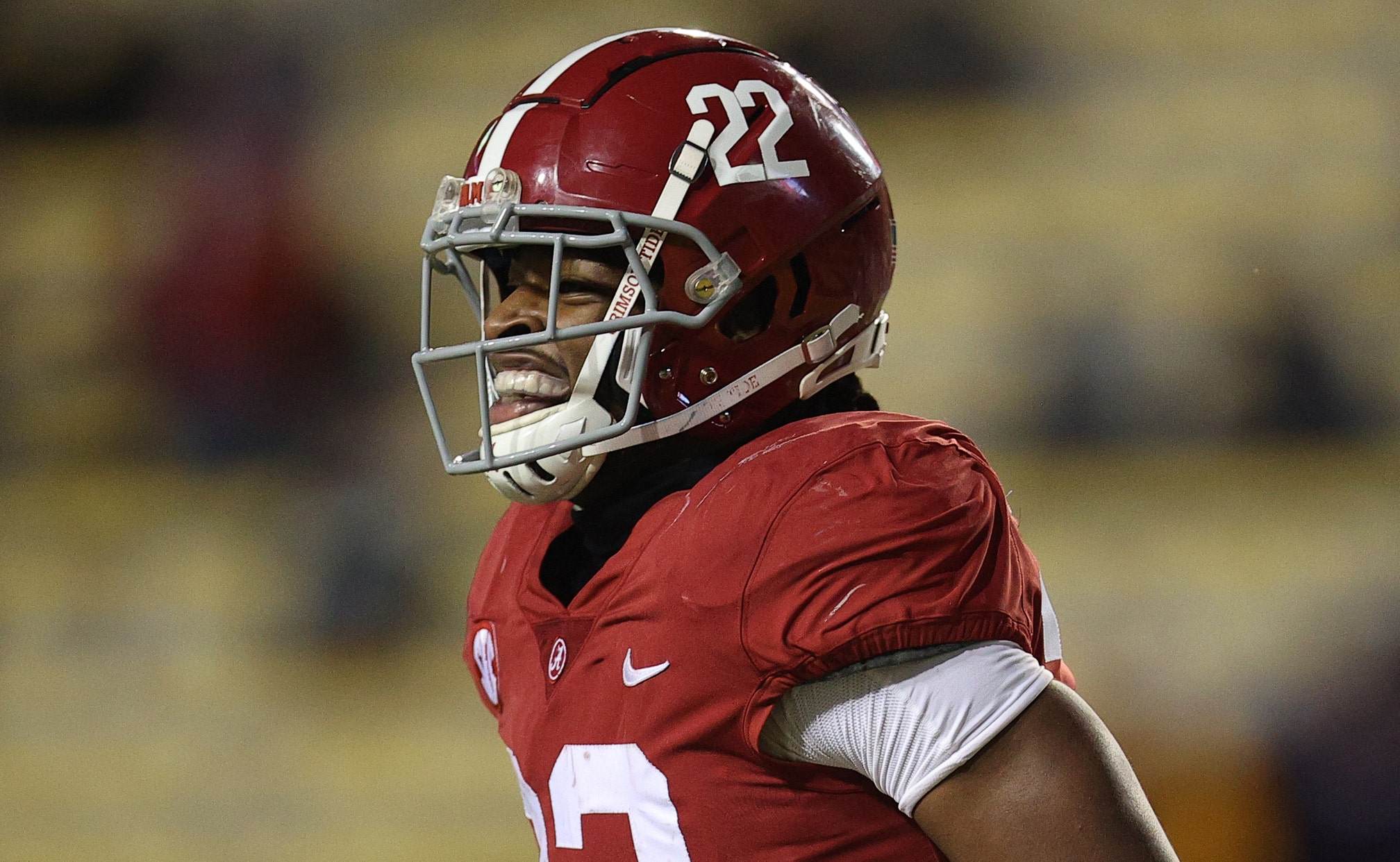 It was the Saturday college football fans across the country have been dreaming about, with conference titles on the line and Top 25 matchups a-plenty.

Check out all the top moments from Championship Saturday.

Alabama running back Najee Harris had himself a night against the Florida Gators, setting the school record for most rushing TDs and hitting a picture-perfect, absolutely ridiculous spin move on a catch out of the backfield that he turned into a touchdown.

Harris finished with five total TDs on the day, helping Alabama fend off Florida to win the SEC championship.

Clemson quarterback Trevor Lawerence led the Tigers to a decisive ACC title win against Notre Dame, and he got the action started early, tossing a laser to a wide-open Amari Rodgers for an easy 67-yard score.

The Florida Gators took every blow Alabama could deliver and punched right back, including this bonkers catch from Kyle Pitts.

Interception of the year?

Northwestern's Brandon Joseph snatched his eighth interception of the season with one hand.

The Buckeyes return the favor

Ohio State's Justin Hiliard gave Northwestern a taste of their own medicine, picking off Peyton Ramsey in the end zone.

OSU would come out victorious, winning their fourth-straight conference title.

Gotta keep your head on a swivel, Gators.

And on Penn State's third touch of the game ...

The Nittany Lions scored their second touchdown of the day with a 100-yard kick return.

And Rattler led the Sooners to a 27-21 win in the Big 12 Championship tilt.

On Championship Saturday, a little flair is required.

Sermon with the jets

Trey Sermon escaped the tackle and burst through for a huge 65-yard gain.

And with that, Sermon kept running, right to a Big Ten Championship record.

In addition, he swooped in on the OSU single-game record.

Ohio State's Julian Fleming barely stayed in bounds on the sideline for the reception.

Marvin Mims is a bad man

Mims set the Oklahoma freshman record for receiving touchdowns (8) in a season with this beauty.

Boise State's Tyric LeBeauf showed off some skills prior to the Mountain West Championship.

Forget the first down, that's a touchdown

Army barreled in for the touchdown and the win on fourth-and-goal.