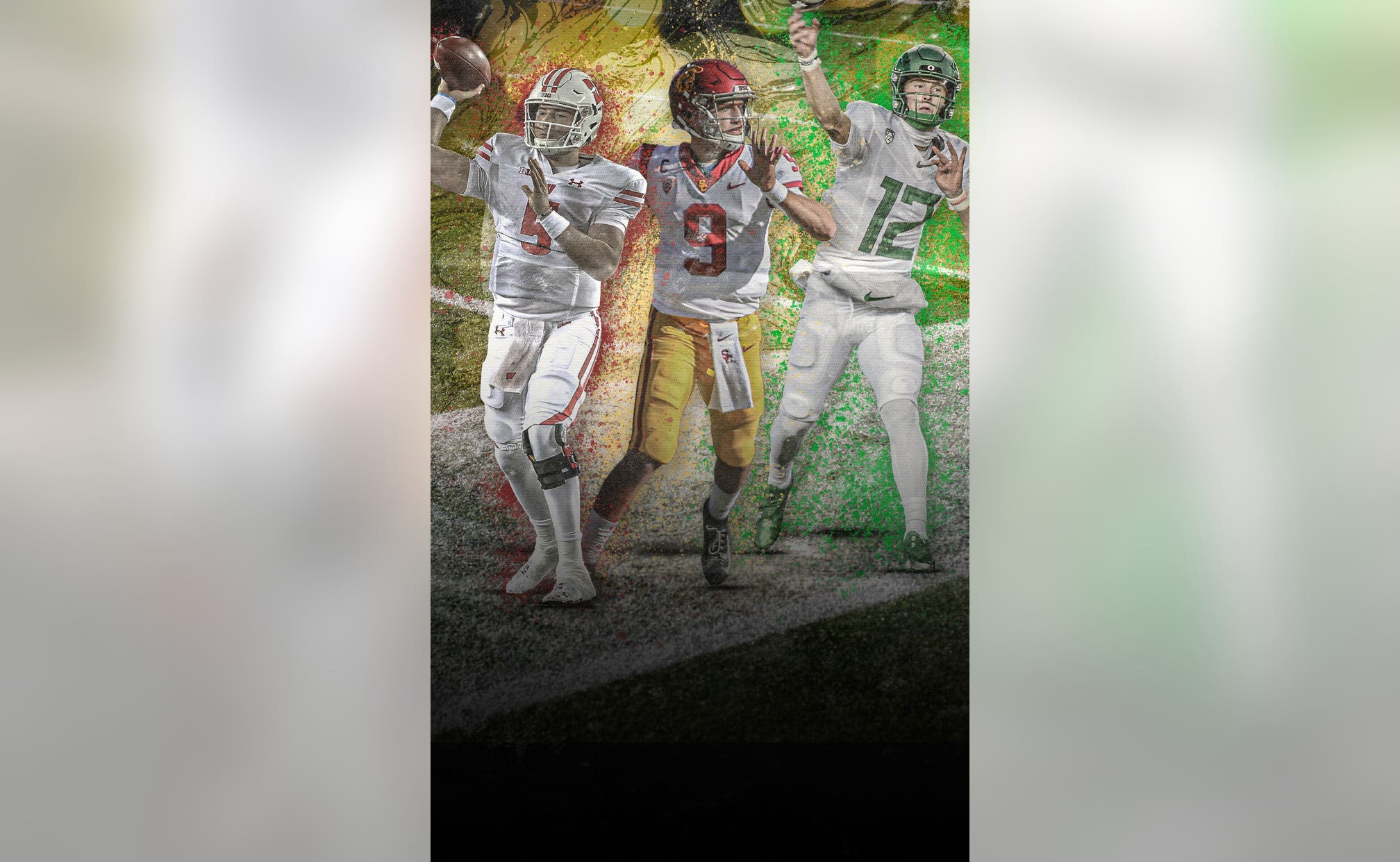 While Saturday's college football slate was altered due to COVID-19, there were still big games that could have major implications on the College Football Playoff landscape in the coming months.

Oregon found its groove in the second half against Washington State, Wisconsin ran through Michigan, and USC managed to once again pull off a Houdini act to escape with a victory against Arizona.

Here are 3 takeaways from three of the biggest matchups in Week 11 of the college football season.

It had been a rough 1-2 start to the season for the Michigan Wolverines coming into this week, and things reached perhaps their lowest point so far against No. 13 Wisconsin on Saturday.

Michigan only recorded one total yard of offense in the first quarter while throwing two interceptions, finding themselves down 14-0 early before it all snowballed in favor of Wisconsin.

By halftime, the Wolverines found themselves in a historic hole.

In all, Wisconsin was able to run for 341 yards against the Wolverines, dominating the time of possession (40:15 compared to Michigan's 19:45).

At 1-3, the Wolverines have four games left on their schedule to potentially finish .500 or better. It will be an uphill battle to get there.

2. A tale of two halves for the Ducks

The No. 11 Oregon Ducks found themselves trailing the Washington State Cougars 19-14 at halfitme, turning the ball over three times in the first two quarters.

In the second half, the Ducks dominated to pull away and secure their second win of the season.

Sophomore quarterback Tyler Shough shined for the Ducks, throwing four touchdown passes and accounting for 400 yards off total offense through the air and rushing.

The Ducks are not only 2-0, but also 2-0 on the road, proving they can win tough games in hostile environments.

3. Living life on the edge

Another Pac-12 team that finds itself 2-0 after two games is the No. 20 USC Trojans.

But it has been anything but pretty, or easy, for the men of Troy.

For the second consecutive week, USC needed a miraculous fourth quarter to pull off a close victory.

A week after outscoring Arizona State 14-3 in the fourth quarter to win 28-27, the Trojans scored a touchdown with 25 seconds left in the game to beat Arizona 34-30.

And though the team is 2-0, the path to victory hasn't been awe-inspiring, and has current head coach Clay Helton still facing questions of his own.

The Trojans travel to Utah next weekend in hopes of finally putting together a four quarter game.

Lurking Or Overlooked?
BYU is 9-0, but they're only 14th in the CFP rankings. And coach Kalani Sitake had thoughts on Breaking The Huddle.
7 hours ago