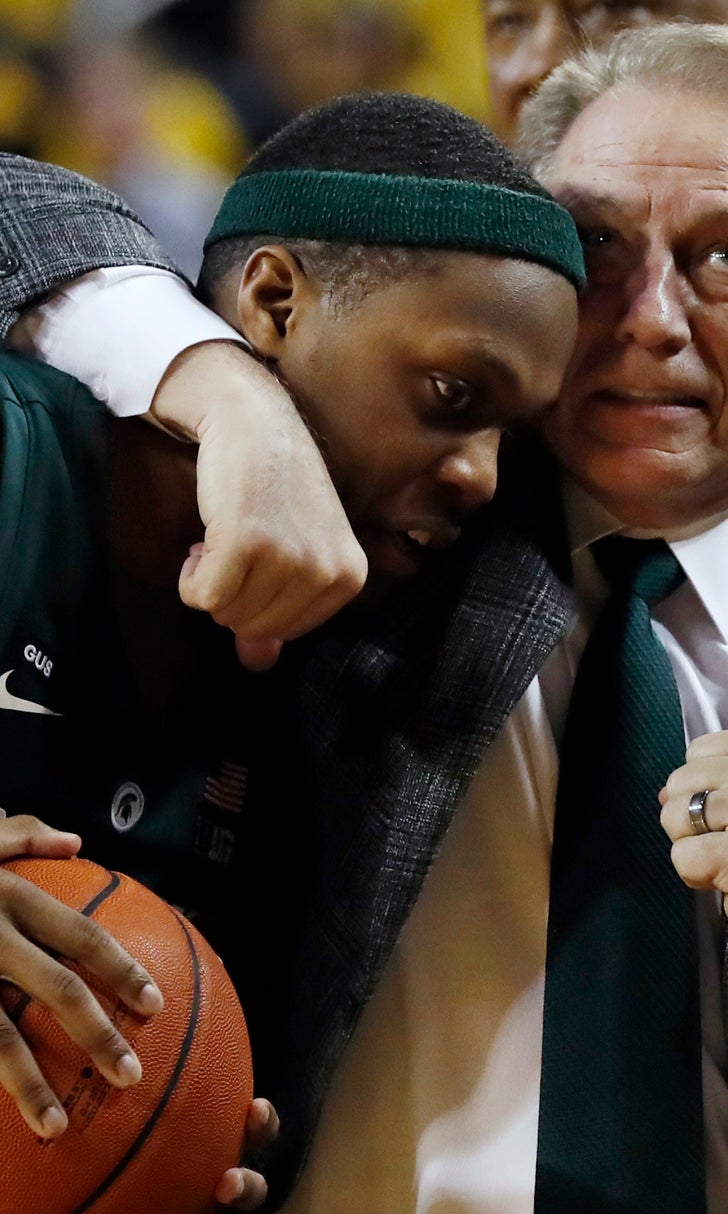 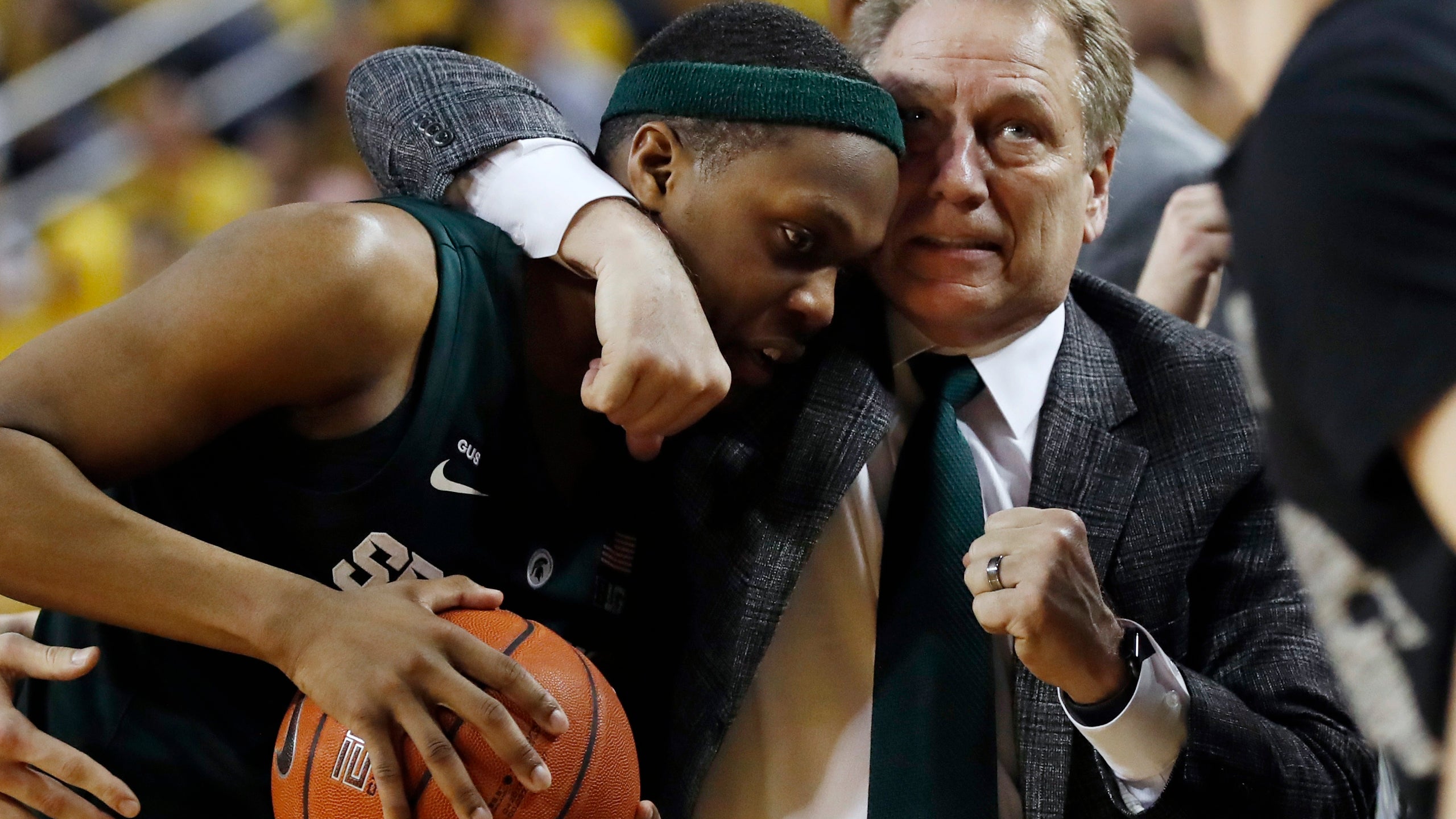 ANN ARBOR, Mich. (AP) — Cassius Winston had 27 points and eight assists, and 10th-ranked Michigan State moved into sole possession of first place in the Big Ten with a 77-70 victory over No. 7 Michigan on Sunday.

Kenny Goins had 16 points and 11 rebounds, and Xavier Tillman added 14 points for the Spartans, who snapped Michigan's 22-game winning streak at Crisler Center despite being without two of their top three scorers.

Joshua Langford is out for the season, and Nick Ward is recovering from a broken hand, but Goins and Tillman produced in Ward's absence for Michigan State.

CINCINNATI (AP) — Naji Marshall scored 17 points and Xavier used a big surge in the second half to rally past Villanova, leaving the Wildcats with three straight losses in Big East play for the first time since the conference was reconfigured.

The Musketeers (15-13, 7-8) won their fourth straight — matching their season high — and ended their run of lopsided losses against the Wildcats. Villanova (20-8, 11-4) had won five in a row against the Musketeers.

Phil Booth had 12 points in the first half, when the Wildcats led by as many as nine points. Their 30-27 halftime lead ended a streak of three straight halves allowing at least 40 points. Booth made only one of his eight shots in the second half and finished with 14 points.