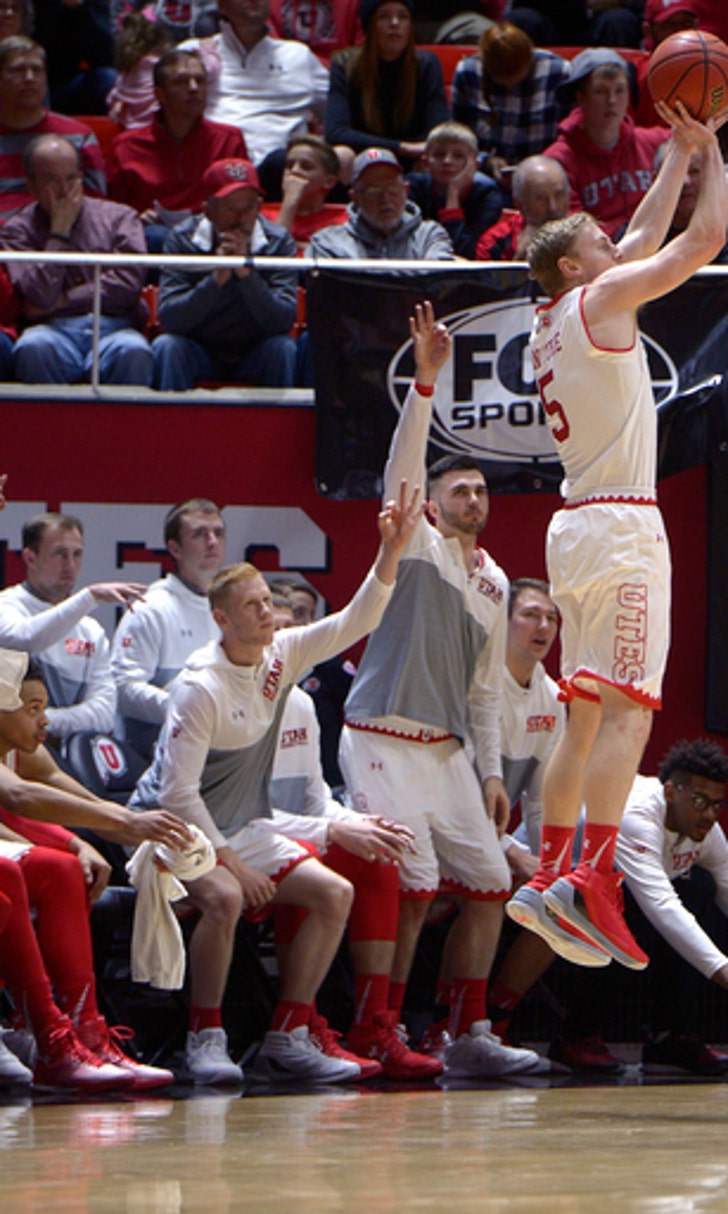 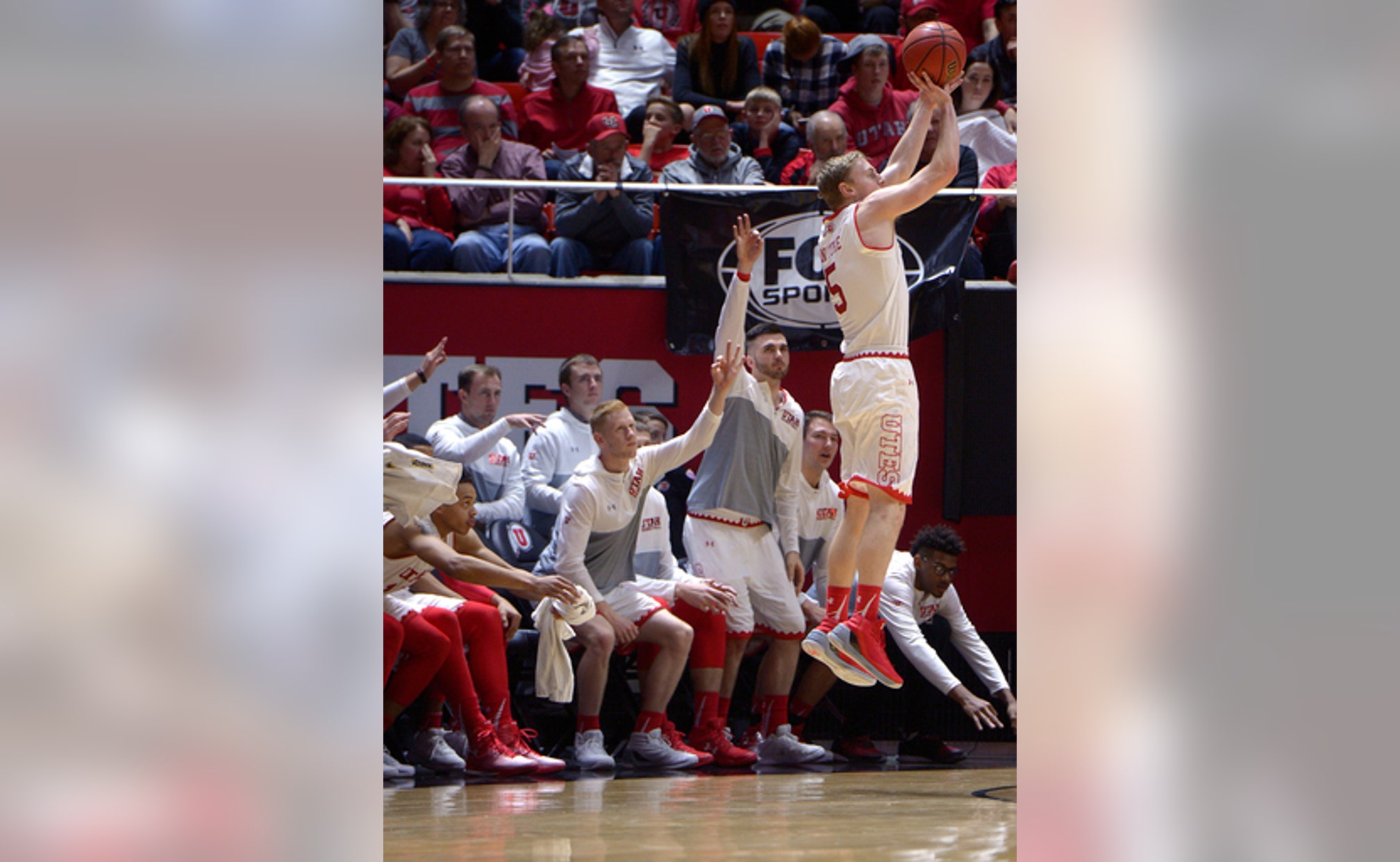 SALT LAKE CITY (AP) Utah coach Larry Krystkowiak showed off a bandaged hand after a win against Washington on Saturday. The injury was sustained while breaking a clipboard during an early timeout after another slow start from the Utes.

The Utes (17-8, 8-5) ran away with the game in the first half despite trailing by eight early.

''I didn't say much,'' Krystkowiak said. ''I just karate-chopped the old grease board and dropped a few expletives. There wasn't a whole lot to say. It was pretty ugly.

''We were getting manhandled in the post and throwing the ball all over the gym. I thought I was on an episode of bloopers, like `Punk'd.' ... I think (the run) starts with the defensive side of things. It's a heck of a lot easier to defend people when you're not trying to defend turnovers.''

Utah took a 44-28 lead into halftime thanks to a 20-0 run that began after the timeout. Lorenzo Bonam hit a pair of 3-pointers during the stretch as the Huskies went more than nine minutes without a field goal.

The Utes shot 58.1 percent in the first half.

''He got it out of us and we came back and went on a big run. ... We definitely needed some more motivation.''

Utah's Kyle Kuzma had his 15th double-double of the season with 13 points and 10 rebounds. Van Dyke's 16 points were a career high.

''With all of these losses, a lot of guys would just drop their heads and just throw the towel in,'' Crisp said. ''We just got to buckle down, talk to guys and tell them, `Don't give up now.'

''We still got time to get better before we get into the Pac-12 Tournament. We're just trying to look at things we can get better at and find positives and try to get through this.''

Washington: The Huskies were without Markelle Fultz and his 23.2 points per game due to a sore right knee. Saturday was the second consecutive game he was out and the Washington offense clearly missed him. The Huskies have now lost seven straight.

Utah: The Utes won their second consecutive game as they try to keep their NCAA Tournament hopes alive. The win, however doesn't carry much weight considering Washington has just two conference wins and was without Fultz.

Washington coach Lorenzo Romar said Fultz remains day-to-day with the knee injury. Fultz is considered a possible No. 1 overall pick in the NBA draft if he leaves after the season. Romar said sitting Fultz has been a decision made by the coaching and medical staff.

''Without Markelle, we have to play a certain way,'' Romar said. ''We have to play a little more conservative. When we were doing that, we were executing. We were getting great shots. We were taking care of the ball.

''When we started to go off on our own a little bit, that's when we got burned because Utah is just going to make you pay for it. They're just so efficient of a team. When we turned the ball over, that led a lot to their comeback.''

Utah: The Utes travel to face Oregon on Thursday.

My Next Chapter: Searching For A CBB Home
How does a fan with no college basketball team pick a rooting interest? Charlotte Wilder shares her journey, with a twist.
2 hours ago

Zags, Bears Remain Unbeaten Before Tilt
Before the nation's top two teams face off on Saturday, Gonzaga and Baylor took care of business at the Jimmy V Classic.
19 hours ago

Titus Sounds Off On College Hoops
Mark Titus takes stock of the start of the college basketball season, including upsets galore and his new big pet peeve.
21 hours ago

Why Kentucky's Loss Wasn't An Upset
The No. 10 Kentucky Wildcats suffered a loss to the unranked Richmond Spiders. But was the defeat really that shocking?
3 days ago
those were the latest stories
Want to see more?
View All Stories
Fox Sports™ and © 2020 Fox Media LLC and Fox Sports Interactive Media, LLC. All rights reserved. Use of this website (including any and all parts and components) constitutes your acceptance of these Terms of Use and Updated Privacy Policy. Advertising Choices. Do Not Sell my Personal Info