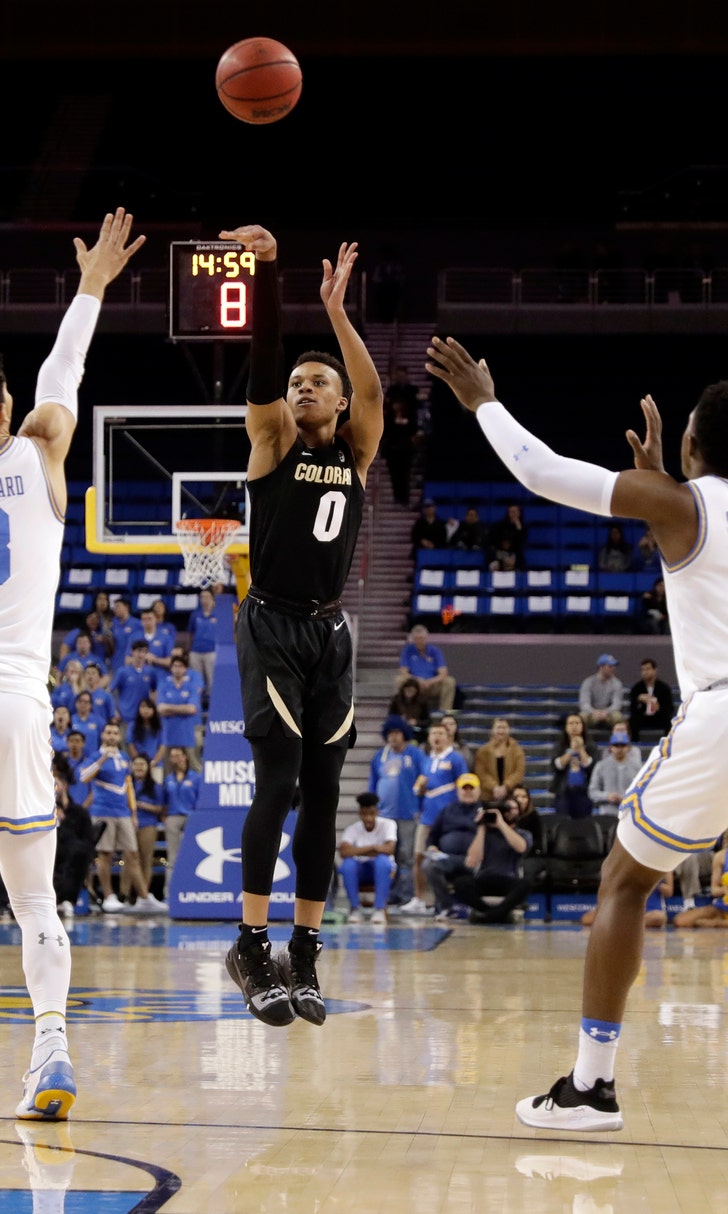 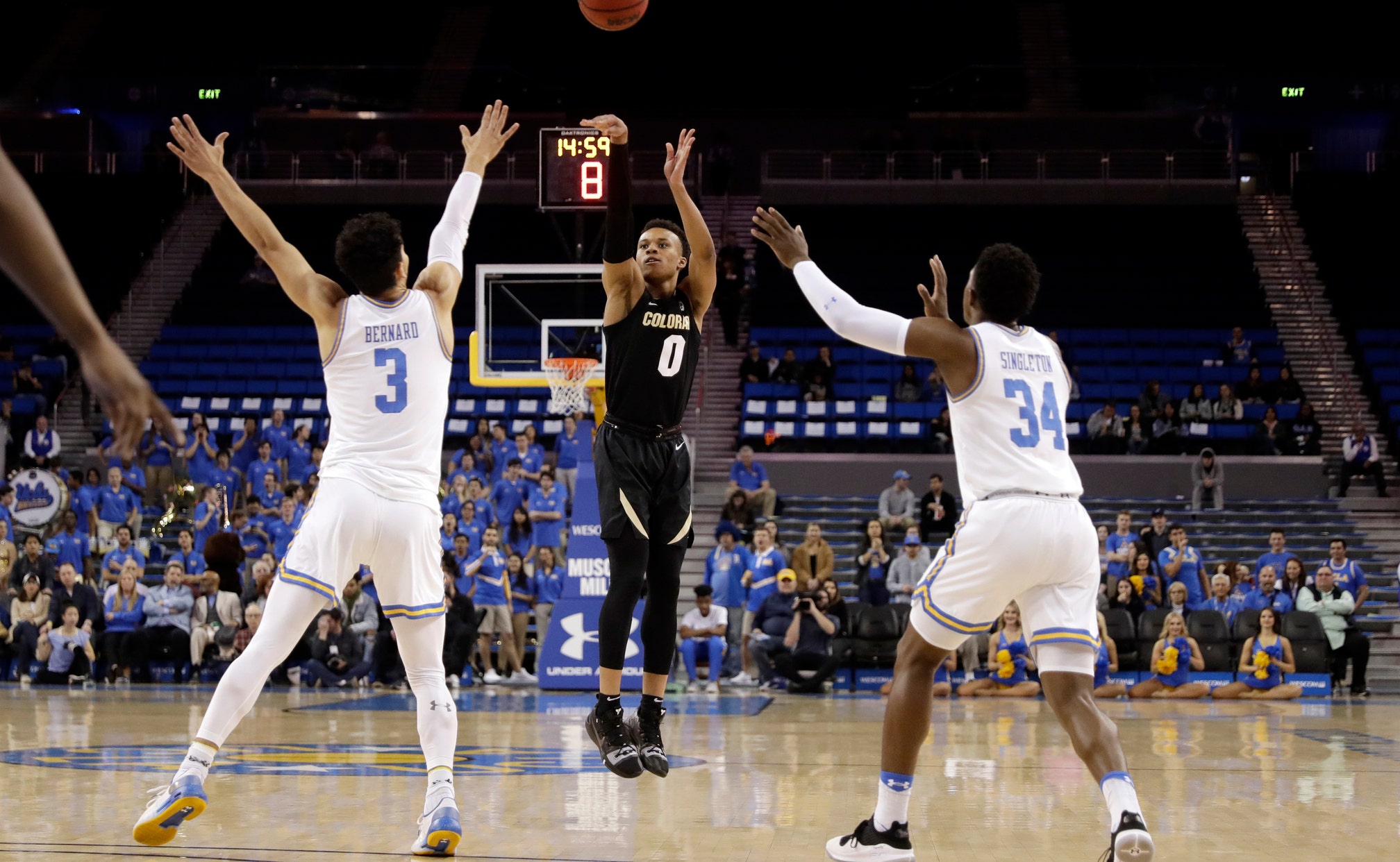 He had career highs of 28 points and seven 3-pointers, helping the Buffaloes beat UCLA 84-73 on Wednesday night and sending the Bruins to their fifth loss in seven games.

Gatling was 8 of 10 from the floor, missed just two of his nine 3-point attempts and made 5 of 6 free throws.

"It feels fantastic," Buffs coach Tad Boyle said. "We had 22 assists and we really shot the ball well. It's really time for our guys to have the success in shooting."

Gatling immediately took over and hit three straight 3-pointers to put Colorado back in front 52-47.

"Gatling is incredible," interim Bruins coach Murry Bartow said. "Obviously our zone had some holes in it and Gatling found it."

UCLA closed to 60-59 on a 3-pointer by Jaylen Hands before the Buffs controlled the game's final nine minutes when they outscored the Bruins 26-15.

"We're a really young team," Bartow said. "A lot of times when things start going badly for us a two-point deficit turns to four, then six, then eight or 10. It's just a frustrating loss."

"I like our toughness has been during the last couple of games," Boyle said. "The guys are really dialed in right now."

Moses Brown led UCLA with 17 points, going 8 of 10 from the floor. The 7-foot-1 freshman connected on a couple of impressive jump hooks to avoid being trapped by the Buffs. He had eight rebounds, four steals and four blocked shots.

"I'm just trusting the process. I'm listening to everything coach says," Brown said. "We work hard every single day in practice. I have faith we will do well this season."

"Just going to keep pushing going forward," Hands said. "Get better at what we need to get better at. We know where we need to be."

The Buffs raced to a 20-8 lead to open the game, making four 3-pointers during the stretch in which UCLA trailed by 13.

"We did a great job in getting stops in the first half," Schwartz said. "I think getting stops gets them down and we got on them early."

The Bruins eventually recovered, ending the half on a 9-0 run to trail 38-37. Hands stole the ball and fed Smith for a basket. Brown blocked Schwartz, grabbed the rebound and fed Hands for a 3-pointer.

Colorado: Halfway through Pac-12 play, the second-through-10th-place teams are tightly bunched. The Buffs have an advantage with five of their final nine regular-season games at home, where they are 8-2 overall.

UCLA: The Bruins' funk continues. Their second straight loss dropped them to .500 in league play as they fell to 5-5 under Bartow.

The Buffs have won three in a row over the Bruins, including a sweep last season during which Colorado beat UCLA for the first time in Los Angeles. UCLA is 8-2 all-time against the Buffs at home.

The Bruins didn't budge from their zone even when the Buffs hit open 3-pointers. Bartow said he considered switching but only briefly.

"No one knows this team better than I do," he said. "I know what we're good at. I know what we're bad at so I know what defense to play. We're a lot better in a 2-3 or 3-2 right now than man. Defensively, I'll do whatever we need to do to win a game."

UCLA continued its celebration of alumnus Jackie Robinson's 100th birthday (Jan. 31) with a halftime presentation to actress Ayo Robinson, one of his 15 grandchildren whose father is Robinson's son David.

Colorado: At Southern California on Saturday.

North Carolina Fans Get Their Prize
The wait is over, UNC faithful. Your billboard has landed smack dab in Durham, North Carolina, for all Duke fans to see.
16 hours ago