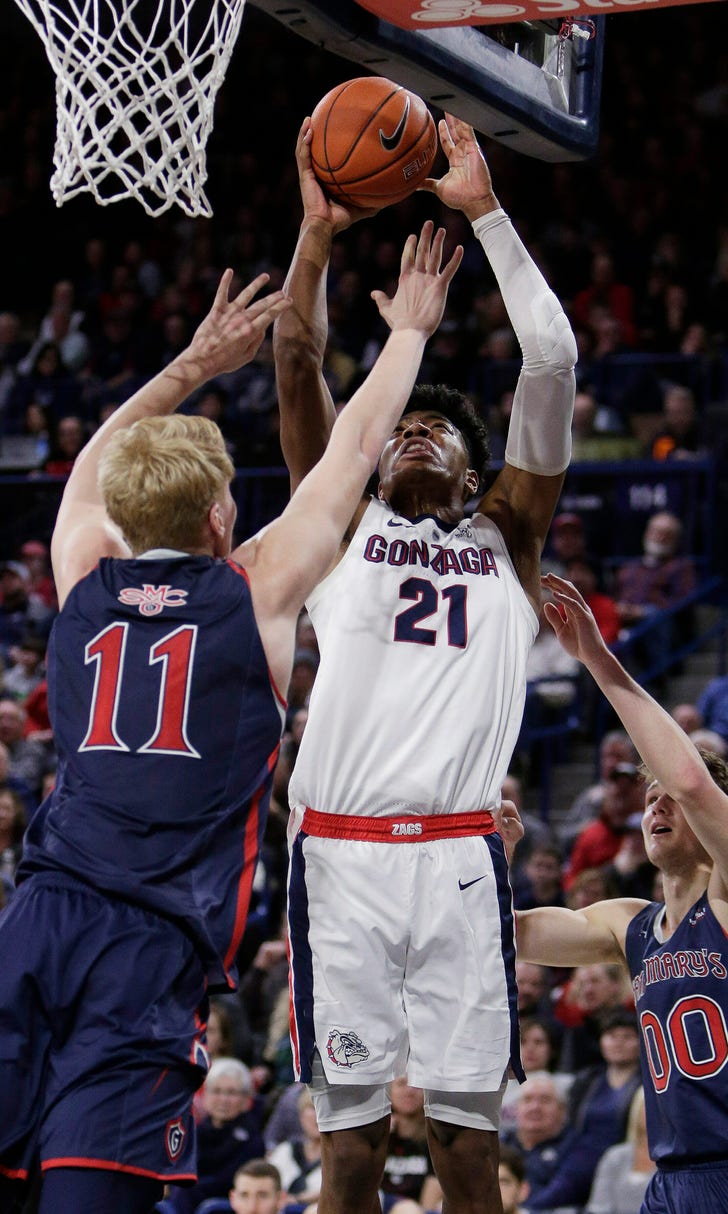 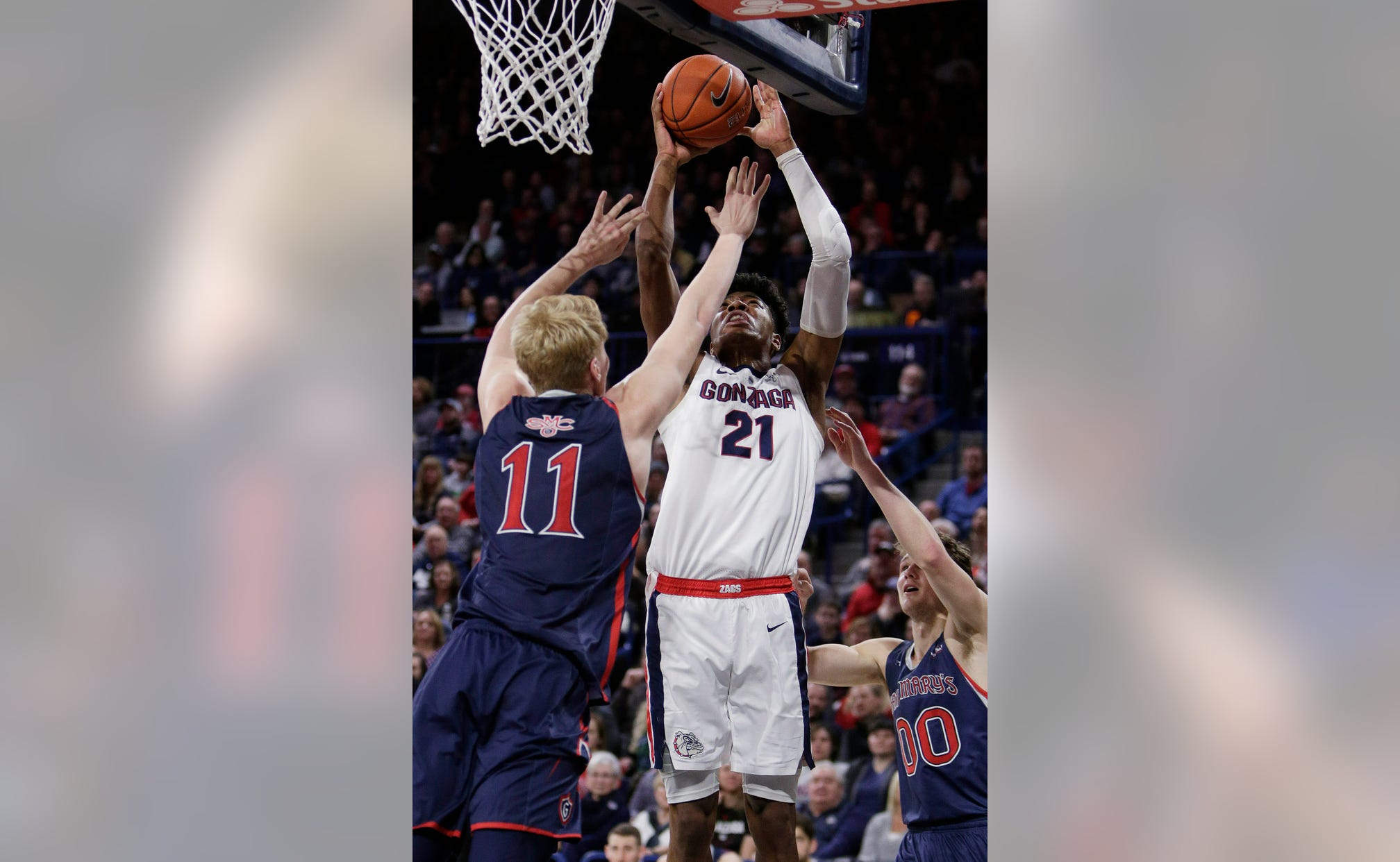 SPOKANE, Wash. (AP) — Saint Mary's has been No. 4 Gonzaga's toughest nemesis in the West Coast Conference in the past decade. The Gaels didn't pose much of a challenge Saturday night.

"That's a really good offensive team," Gonzaga coach Mark Few said of the Gaels. "We contested all of their shots. We held them to one shot for the most part."

Rui Hachmiura added 18 points and Filip Petrusev had 15 for Gonzaga (23-2, 10-0 West Coast), which is likely to move up in The AP poll after No. 3 Virginia lost to No. 2 Duke earlier Saturday. Zach Norvell Jr. added 12 points and Corey Kispert 10.

"That might be our best game, period," Clarke said. "Our offense and defense were very good."

The win closed a stretch where Gonzaga played the four teams just behind them in the standings — including BYU, San Diego and San Francisco — and pounded all four.

"We were playing the teams jostling around for second place," Few said. "That's a great stretch."

Saint Mary's Jordan Ford, the leading scorer in the WCC, was held to eight points, 13 below his average.

The Gaels shot just 25.9 percent as Gonzaga's defense prevented them from getting clean looks. The Bulldogs shot 58 percent.

"I'd like to say we played hard, but I can't," Saint Mary's coach Randy Bennett said. "They crushed us inside."

Gonzaga had a 52-20 advantage on points in the paint and won the rebound battle 42-31. The Zags scored the first 11 points of the game and jumped to a 19-6 lead by making its first seven shots.

Gonzaga led 30-10 midway through the first.

Kispert and Norvell hit consecutive 3-pointers to ignite a 17-2 run that lifted Gonzaga to a 53-20 lead at halftime. Saint Mary's was scoreless for the final 4:38 of the first half, missing six of seven shots.

Clarke scored 12 points early in the second half as Gonzaga pushed the lead beyond 40 points at 74-33.

The Gaels did not threaten after that.

Gonzaga forward Killian Tillie, who limped off the floor on Thursday and did not return, suffered a torn ligament in his right foot and is out indefinitely, the team said prior to the game. "It breaks your heart,' Few said of Tillie, who has played only nine games this year because of injuries.

MAY I ASSIST YOU?

Gonzaga dished out 22 assists, to just one for Saint Mary's. "I've got a really unselfish team," Few said. "They'll make the right play for the most part."

Saint Mary's: The Gaels, tied for third in the conference, dealt the Zags a rare home loss last season ... Jordan Ford averages 21 points and Malik Fitts 19 points per game. ... Saint Mary's and Gonzaga have met in the WCC tournament finals for seven of the past 10 years.

North Carolina Fans Get Their Prize
The wait is over, UNC faithful. Your billboard has landed smack dab in Durham, North Carolina, for all Duke fans to see.
22 hours ago