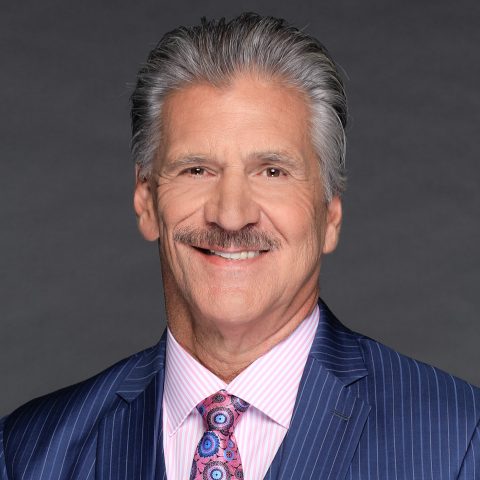 A FOX Sports football studio analyst since 2014, Dave Wannstedt is a 39-year veteran of the collegiate and professional coaching ranks and appears on FOX NFL KICKOFF Sunday mornings during the NFL season.

A three-year starter and team captain at offensive tackle for the University of Pittsburgh, Wannstedt was selected by the Green Bay Packers in the 1974 NFL Draft. He spent the 1974 season on the club’s practice squad before retiring to pursue a career in coaching. In doing so, he returned to his alma mater to accept a graduate assistant position before the 1975 season. Wannstedt remained on staff for the next four years, during which time the Panthers posted a combined 37-10-1 record, including a 12-0 finish in 1976 that culminated with the school’s ninth national championship.

In 1979, he signed on to become the defensive line coach at Oklahoma State, a job offered to him by upstart head coach Jimmy Johnson, with whom he had worked at Pitt. Following a three-year stint at Southern California that included a Rose Bowl victory, Wannstedt was reunited with Johnson at the University of Miami in 1986, accepting his first defensive coordinator position. Over the next three years, the Hurricanes ran roughshod over the college football world, posting a 34-2 record and winning the 1987 National Championship at the conclusion of a perfect 12-0 season. Powered by Wannstedt’s intimidating defense, Miami’s dominance sent shockwaves through the football world, and it was only a matter of time before the pros came calling.

In February 1989, Johnson was named head coach of the Dallas Cowboys and took Wannstedt with him as defensive coordinator. It took the staff just two years to turn what was a 1-15 team in the 1989 season into a formidable contender. The 1992 squad posted a 13-3 regular-season record and went on to win Super Bowl XXVII by a 52-17 margin, aided by a defense that forced a Super Bowl-record nine turnovers.

Wannstedt’s continued exploits as a defensive mastermind earned him his first head coaching opportunity, and he left Dallas in 1993 to succeed the legendary Mike Ditka as head coach of the Chicago Bears. Wannstedt led the Bears for the next six seasons (1993-98), including 1994, when he was named the NFC Coach of the Year by the UPI and “Football News.” In 1994, legendary coach/TV broadcaster John Madden selected Wannstedt as the Coach of the Year for his coveted All-Madden Team. He remains the last Bears coach to win a road game in the playoffs.

In 1999, Wannstedt reunited with Johnson once again, this time with the Miami Dolphins, where he spent the season as defensive coordinator. The following January, Johnson retired from football, and Wannstedt was named the team’s head coach. In just his first year, Wannstedt guided the Dolphins to the 2000 AFC East championship. Under his direction, the Dolphins posted a 41-23 record over the next four seasons (2000-03), including playoff berths in 2000 and 2001, and an average of 10 wins per season in those four years. He resigned in the middle of 2004 as the second-winningest head coach (.575) in franchise history behind only the legendary coach Don Shula and remains the last Dolphins coach to win a playoff game.

In 2005, Wannstedt made another pilgrimage to his alma mater, returning to Pitt to fill the football program’s head coaching vacancy. From 2005-10 he posted a 42-31 record, including 19 wins over the 2008-09 seasons, the second most in the Big East Conference over that span. He left Pittsburgh in 2010 and returned to the NFL, serving as an assistant on staff for the Buffalo Bills (2011-12) and Tampa Bay Buccaneers (2013).

Wannstedt is married and has two daughters and six grandchildren. He splits his residence between Chicago and Naples, Fla. In his free time, he enjoys golf and spending time with his grandchildren.