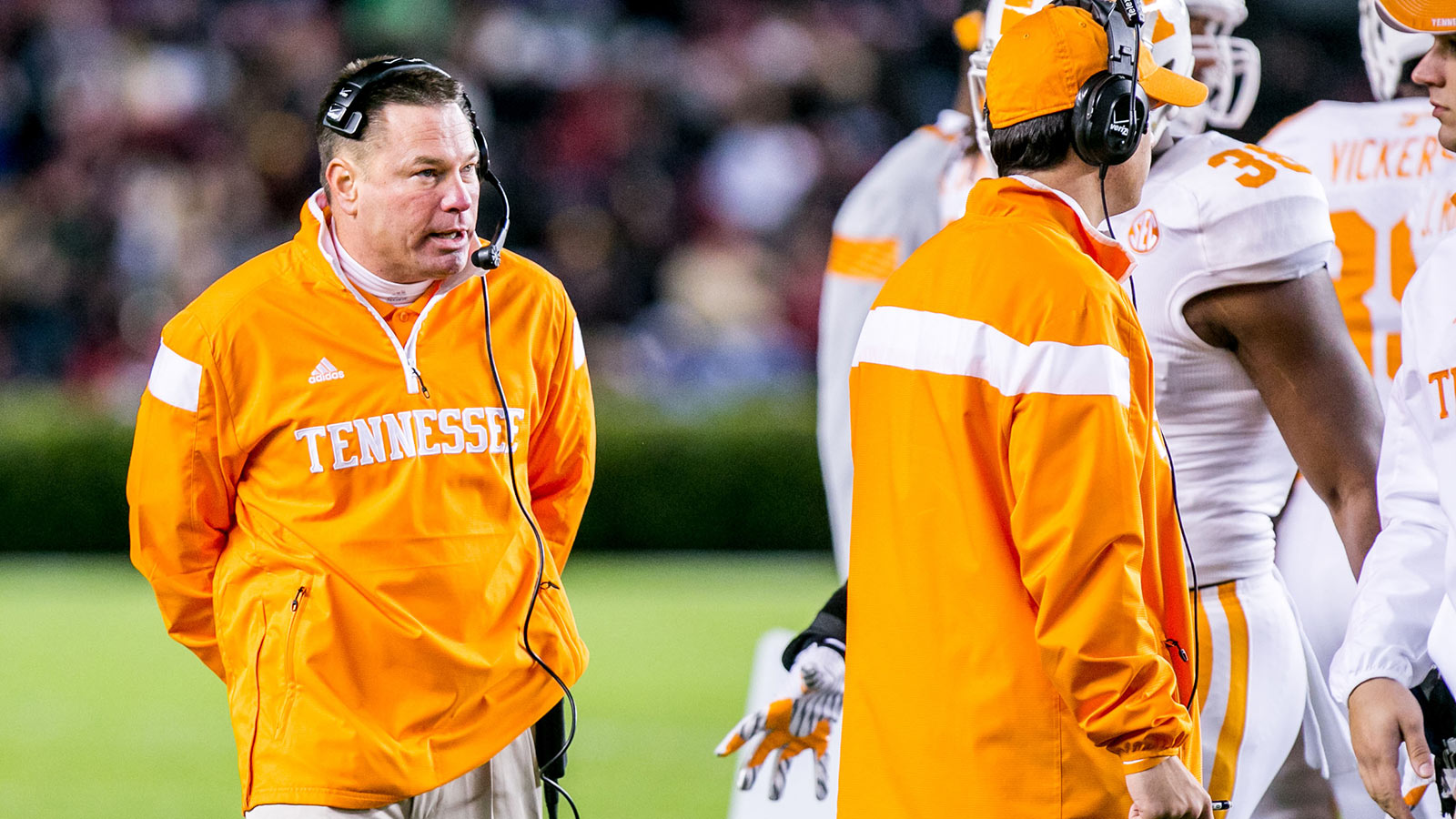 One of the hottest names in college football coaching today is Butch Jones, as he's quickly done what many thought could not be done in turning around Tennessee's beleaguered football program in only three seasons. Now that Jones is closing in on the mountain top of the college coaching profession, he took the time to look back at his first job at Wilkes University.

"My first full-time job was the offensive coordinator at Wilkes University in Wilkes-Barre, Pennsylvania, and my other duties were the intramural director and the head men's tennis coach. And I've never played one tennis match, I couldn't tell you one thing about tennis, and God bless the individuals on the team. I was basically a glorified van driver to matches. But again, it was a way to get in the profession and continue to move up."

And move up he did. While Butch doesn't drive the team bus for the Volunteers, he is driving the Big Orange hype train that currently has Tennessee barreling toward their first SEC championship since 1998.