Brewers shore up infield by adding ex-Cards 2B Kolten Wong

MILWAUKEE (AP) — Kolten Wong is leaving St. Louis behind but staying in the NL Central as the Milwaukee Brewers reshape the right side of their infield by adding a Gold Glove second baseman.

Wong and the Brewers finalized their $18 million, two-year contract on Friday.

Milwaukee is making room for Wong in its infield by shifting Keston Hiura from second base to first base.

for Wong in October, making him eligible for free agency.

“It took me a little bit to kind of get my head around the whole thing,” Wong said. “Obviously being a Cardinal for as long as I’ve been, there’s a lot of memories, there’s a lot of good things I created there. But also seeing from across (the field) how the Brewers play, how they go about their business and the type of team this is, it just fits my mold really well. It’s a grinding team, a team that just goes out there and competes every single day.”

Wong has earned Gold Glove honors each of the last two seasons. Brewers president of baseball operations David Stearns called Wong “in our opinion, the best defensive second baseman in all of baseball.”

He has traditionally hit well in Milwaukee. Wong’s career statistics at American Family Field, formerly known as Miller Park, include a .308 batting average, .373 on-base percentage and .482 slugging percentage in 57 games.

“That was kind of a big reason for me coming to Milwaukee,” Wong said. “I just knew that that was a field where I really saw the ball well at. I felt comfortable playing there. I have a lot of confidence playing in that field.”

Wong said he was somewhat surprised the Brewers showed interest in him because they already had the 24-year-old Hiura, who batted just .212 and had an NL-leading 85 strikeouts last season but hit .303 and posted a .938 OPS as a rookie in 2019.

The Brewers believe Hiura can thrive at first base.

“He’s going to have exceptional range for a first baseman," Stearns said. "And look, there are finer points of the position that will take time to adjust. We understand that there are going to be mistakes. That’s OK. But Keston is going to grow through it, and ultimately we’re very confident that he’s going to be able to figure it out.”

Hiura said he couldn’t remember ever playing first base in an official game at any level except “pickup games and some tournaments or whatever when I was a younger kid maybe.” Hiura says he's ready to learn and is enthusiastic about having Wong at second base.

“It's going to be a challenge, but I'm ready to take it on head-on and give my best effort toward it," Hiura said. “When you put (Wong) in our lineup, automatically our team's that much better. Gold Glove second baseman. You've seen his bat from the left side. He's just a gamer in general as well. It's going to be a lot of fun to play with him.”

Stearns believes the Brewers will upgrade their overall defense by shifting Hiura to first base and putting Wong at second while having 2019 Gold Glove-winning center fielder Lorenzo Cain for a full season.

“I know a lot of attention has been understandably placed on the offensive side of the ball, but one constant around some of the better teams in baseball is really solid, consistent defense,” Stearns said. “When we’ve had our most successful seasons here, we’ve had very good defensive teams and that’s something that is a focus of ours. It’s something we think we can and should accomplish, and this move allows us to move in that direction.”

Milwaukee might not be done adding to its infield.

The Brewers don’t have a clear-cut starting third baseman.

“If this is our team, we do think we can fill that position," Stearns said. "We have guys who can take it and run with it. We are also exploring external acquisitions. I don’t know whether we’ll get anything over the finish line there, but we are exploring it.”

Milwaukee Brewers
share story
Unforgettable weekend at the 2021 Westminster Kennel Club Dog Show The 2021 WKC Dog Show was a dream assignment for Charlotte Wilder, but it surpassed even her lofty expectations.
5 MINS AGO 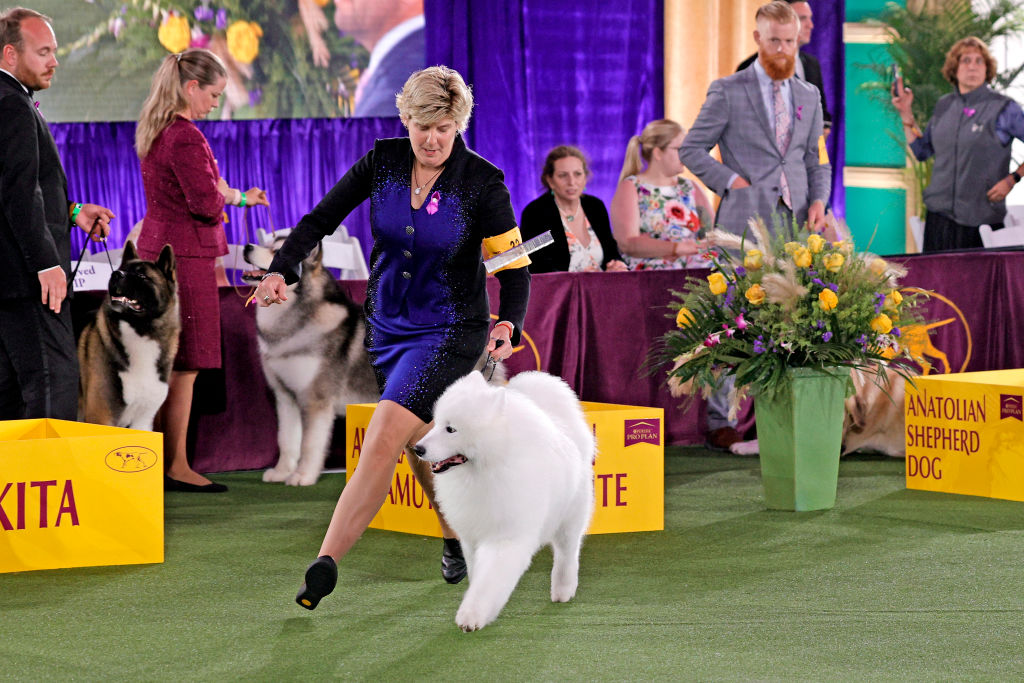