Wichita State holds on to surprise No. 6 Houston 68-63

WICHITA, Kan. (AP) — Dexter Dennis took cover among a group of Houston players on an inbounds play in the final seconds and broke from the pack for a crucial steal that helped Wichita State surprise the sixth-ranked Cougars and take over the top spot in the American Athletic Conference.

Tyson Etienne and Alterique Gilbert each scored 16 points and Dennis added 12, leading Wichita State to a 68-63 victory on Thursday night.

The timely steal by Dennis led to an unlikely victory for Wichita State.

“I was kind of hiding a little bit, hiding behind someone,” Dennis said. “I knew he didn’t see me. And as soon as the ball left his hand, I broke.”

Dennis intercepted the ball near midcourt, burst toward his basket and drew an intentional foul call that helped seal the win.

The Shockers' victory and move atop the conference was unexpected for a team that lost seven players in the offseason and its head coach shortly before the season started.

“It felt legendary, in a weird way, to win to be honest,” Dennis said. “Just considering all we have been through this year, it felt amazing.”

Ricky Council added 11 points for Wichita State, which had its first home victory against a top-six opponent since beating No. 2 Louisville on Feb. 25, 1967. The Shockers also snapped a six-game losing streak against Houston.

So, he was thrilled to see Wichita State outrebounded Houston 35-33.

“I’m just so excited about it,” Brown said. “I thought we did a great job meeting the challenge.”

Houston led by as many as 12 points in the first half before Wichita State stormed back and cut the deficit to 34-33 by halftime.

Houston coach Kelvin Sampson said that part of the game, which came with Jarreau and Gorham on the bench for long stretches, was key.

“They made some tough shots,” Sampson said. “I mean tough shots. And if you make 10 3-pointers at home, you’re probably going to win.”

Those 3-point shots were key.

Gilbert hit consecutive 3-pointers to cap an 11-0 run by Wichita State at the start of the second half. The Shockers led 44-34 and were 9 of 13 from 3-point range to that point.

An impressive stat for a team that entered the game shooting 32.3% from the 3-point arc this season, ranking 246th nationally.

Sampson pointed to the play of Etienne — whom he called, “maybe the best guard in our conference” — and Gilbert as key.

“We were playing Shocker basketball in the second half,” Brown said. “We were getting out in transition, getting into sets for certain guys. The guys believed in what we were doing.”

Sampson said he was happy his team got back into the game, but “getting outscrapped” is what he was thinking about the most.

“They were just tougher than we were on the boards,” Sampson said, “and I don’t know how many times I’ve said that over the last six years. Not many. But they were tough.”

GILBERT AND THE GANG

Wichita State was without its two reserve point guards, Craig Porter and Trevin Wade, due to illness and injury.

While Etienne helped handle some of the point guard duties, Gilbert played 31 minutes and handled to load well, He was 6 of 11 from the floor, 3 of 4 from the 3-point line and added three assists.

He consistently broke down Houston’s defense, leading to interior shots and Houston fouls.

“Their backcourt is tremendous, and they played well tonight,” Sampson said. “The difference was at the free throw line. They were 18 of 23 from the line, and we were 5 of 11. We couldn’t keep them off the line.”

After tearing the ACL in his right knee in May, Houston senior forward Fabian White was listed as redshirting this season.

But White made his surprising return in the game, a huge addition of experience to an already deep Houston team.

White entered the season with 98 career games played, 52 of them starts. He averaged 9.3 points and 5.5 rebounds last season.

White quickly made an impact, following a reverse layup with an assist on a Grimes’ 3-pointer that gave Houston a 20-9 lead. He finished with three points in nine minutes.

Houston: The Cougars can still earn a share of the title, but recent losses might affect their NCAA Tournament seeding.

Wichita State: The Shockers listened to pundits say they had to beat Houston to have a chance at an NCAA Tournament at-large bid.

Houston Cougars
event_recap
share story
The 2021 Masters Tournament: Top Moments from Day 3 Day 3 of the Masters begins with Justin Rose trying to hold off a host of challengers. Check out the top moments from Saturday.
7 MINS AGO 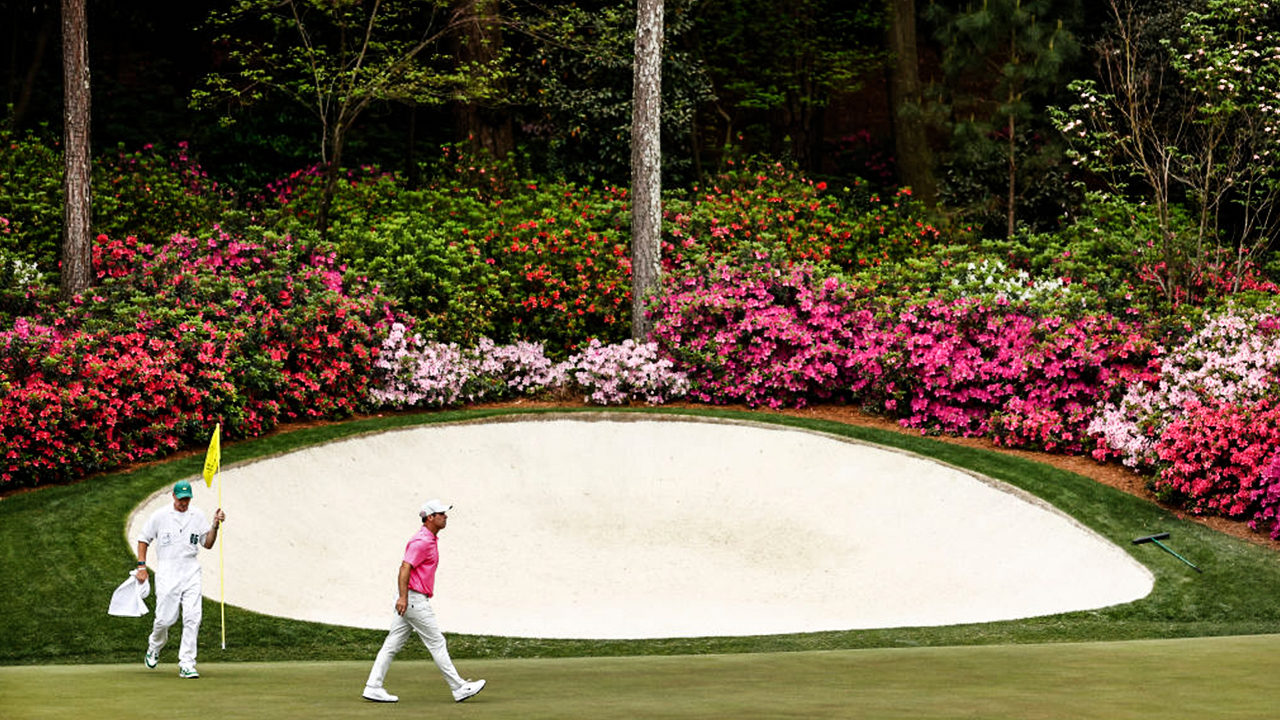