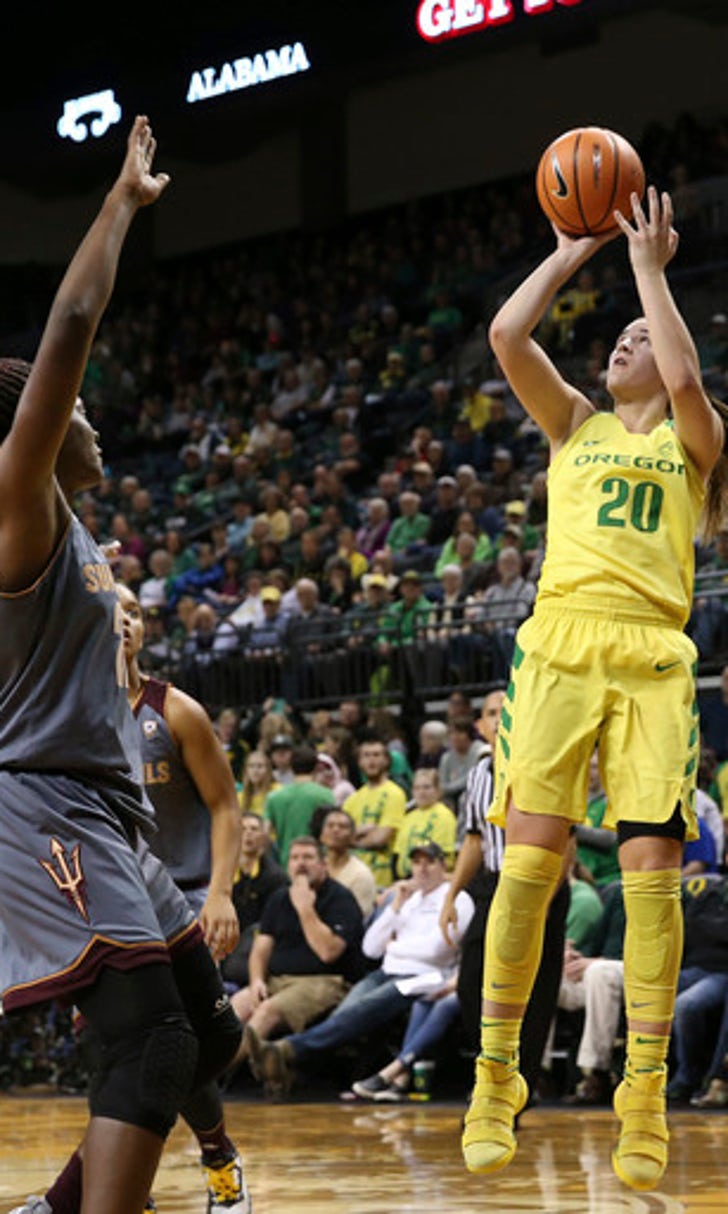 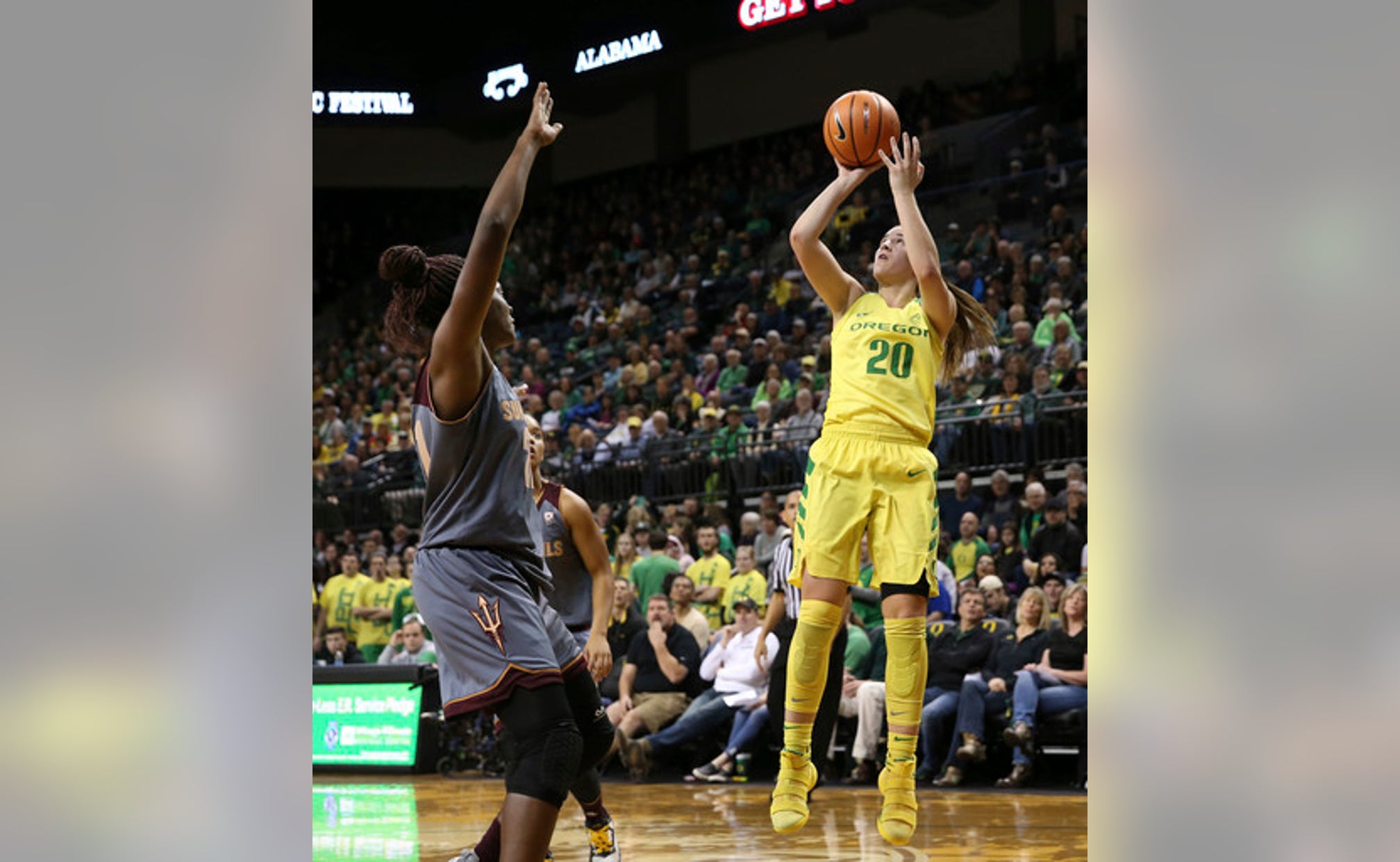 Ionescu is about more than just those triple-doubles

Sabrina Ionescu's? ''Super Sabrina.'' Afterward, she laughed about it. ''That's what it was?'' she asked incredulously.

But to some, her career with the Ducks thus far has indeed been super. Ionescu holds the NCAA record for most career triple-doubles (with eight) and she's just a sophomore.

Humble about her record, Ionescu insists she's just focused on whatever it takes to help the Ducks.

''I just play, to be honest, I don't think about anything,'' she said. ''I just go out there and play and do the best that I can in order for us to win. So if that's rebounding, passing, scoring, whatever it is. That's what I focus on. Just to win.''

The Ducks are winning. They're 17-2 and 6-0 in the Pac-12, the only undefeated team left in the conference. They've won nine straight and all 12 games at home.

Oregon is coming off a 74-64 victory at home Sunday over No. 18 Arizona State. On Monday, the Ducks moved up a spot in the AP rankings to No. 7.

Oregon made history last season, going to the Elite Eight for the first time as the surprise of the NCAA Tournament.

The Ducks finished the season 23-14 overall and 8-10 in the Pac-12 to finish sixth. Then they lost to Stanford in the Pac-12 tournament semifinals. But they won an at-large spot in the tournament, upsetting seventh-seeded Temple, No. 2 Duke and No. 3 Maryland before they were ousted by top-seeded UConn.

But while all her offensive numbers have gone up, she says she's been focusing on defense.

''I think everyone has to take and extra step in that direction, defensively. I think that's what's going to separate us from being an OK team from a great team,' she said. Definitely it starts individually, and I've really tried to do that.''

Nationwide, she's known for those eight career triple-doubles. Ionescu hit the mark just 48 games into her college career when she had 24 points, 14 rebounds and 10 assists against Pac-12 rival Washington on Dec. 31. She broke the previous record held by both Penn State's Suzi McConnell (1985-88) and St. Mary's Louella Tomlinson (2008-11).

Ionescu was a standout at Miramonte High School in Orinda, California, where she averaged 25.3 points, 8.8 assists, 7.6 rebounds and 4.5 steals and helped lead her team to a 32-1 record her senior season.

Considered one of the top prospects in the nation, she hung back while her peers across the nation committed. Signing day came and went while Ionescu took a thoughtful approach.

''I continued to wait and I watched the Pac-12 and some of the teams I was considering, what their coaches were telling me and how it was different or similar to how they were performing. And I just decided the day before summer school started that this was the right fit for me, and it was,'' she said.

She announced her arrival in Eugene with no fanfare. She just showed up one day and told coach Kelly Graves she was in.

Graves joked that Ionescu was like Lenny Dykstra, the former Major League Baseball player: ''She sets the table.''

''She's smart, man, I'll tell you,'' Graves said. ''She knows when we need her. She knows what big games are about. She always seems to step up and play her best in those moments.''

Ionescu said she's getting a little more attention this season from opposing teams, especially in the Pac-12 play where teams are more familiar with her, but she appreciates the challenge.

''You really have to adjust to what teams throw at you, because they know your plays, they know your personnel. So I think that makes it difficult. You have to fight adversity in the Pac-12. They might take away your strength and you have to play to your weaknesses and perform every night or you're gonna get beat.

''That's what I like because it really tests me. Players take away my shot, or something, and I have to figure out a different way to score or help my team.''