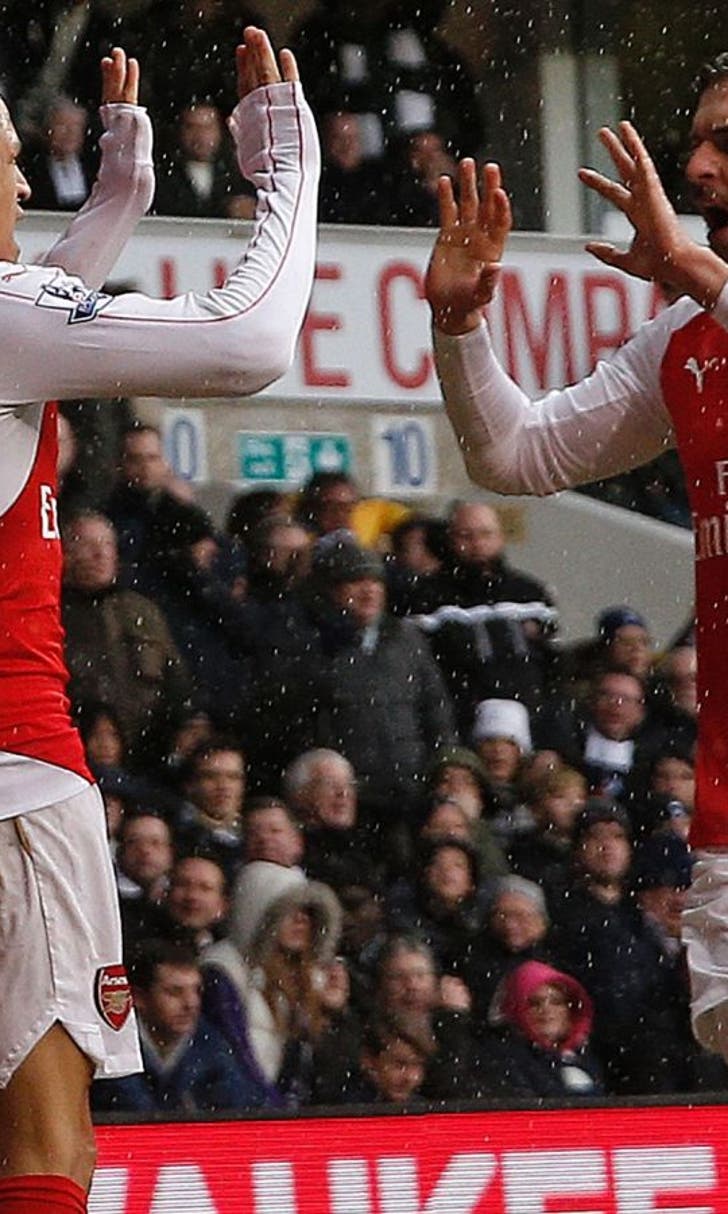 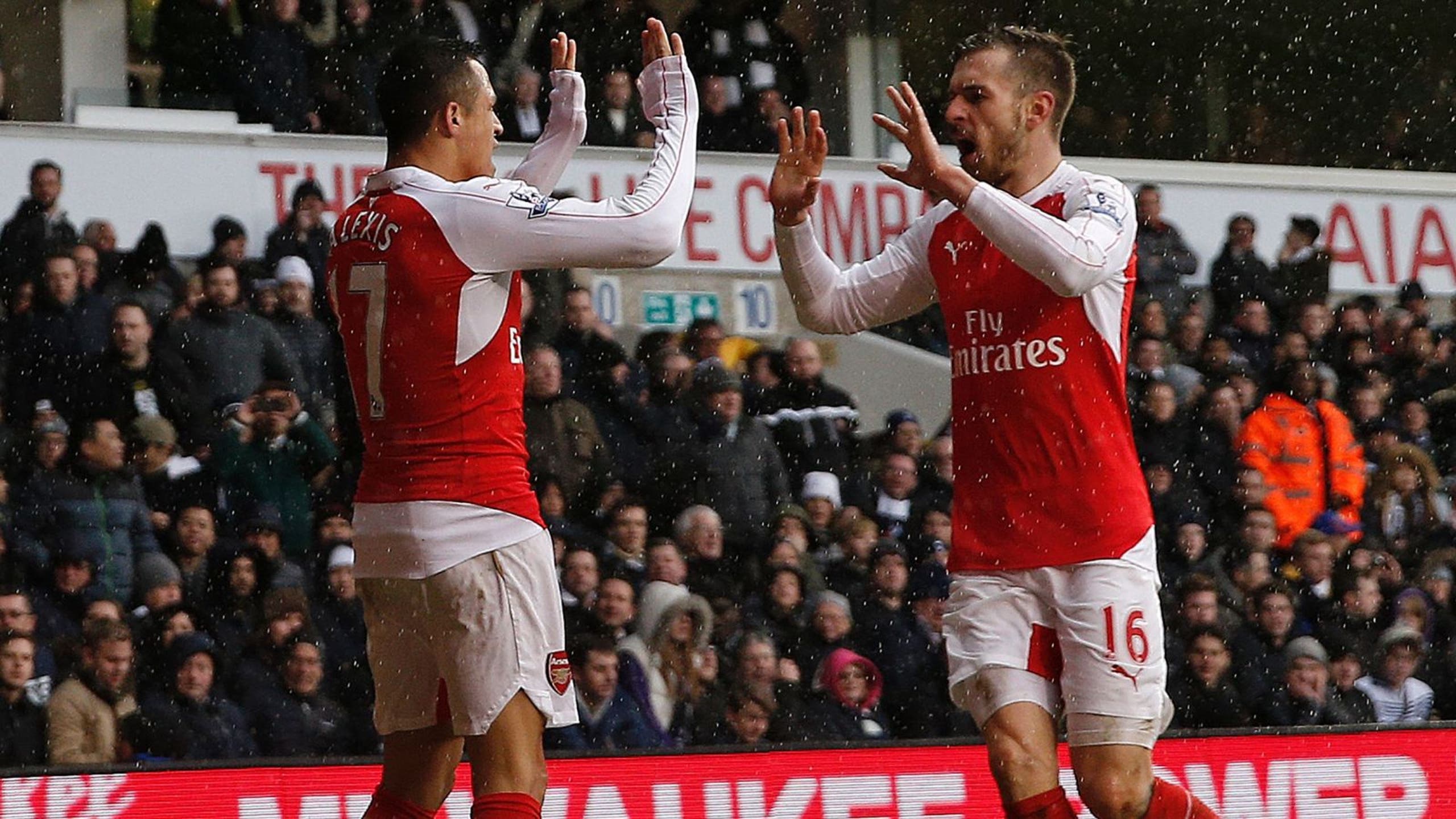 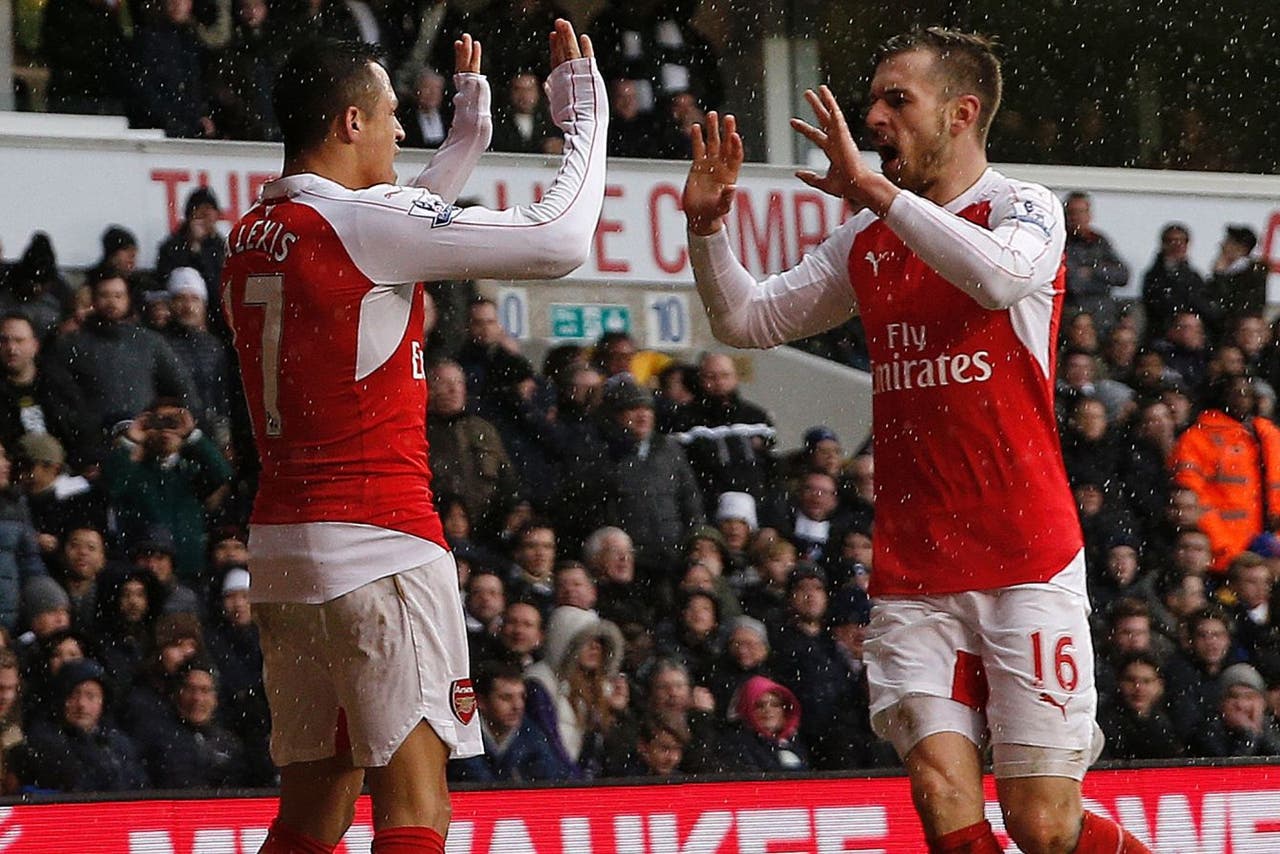 Despite the United Kingdom's exit from the European Union, there has been no slowdown in the amount of players being linked to teams in the Premier League. Enjoy this week's round-up of the best transfer rumors! 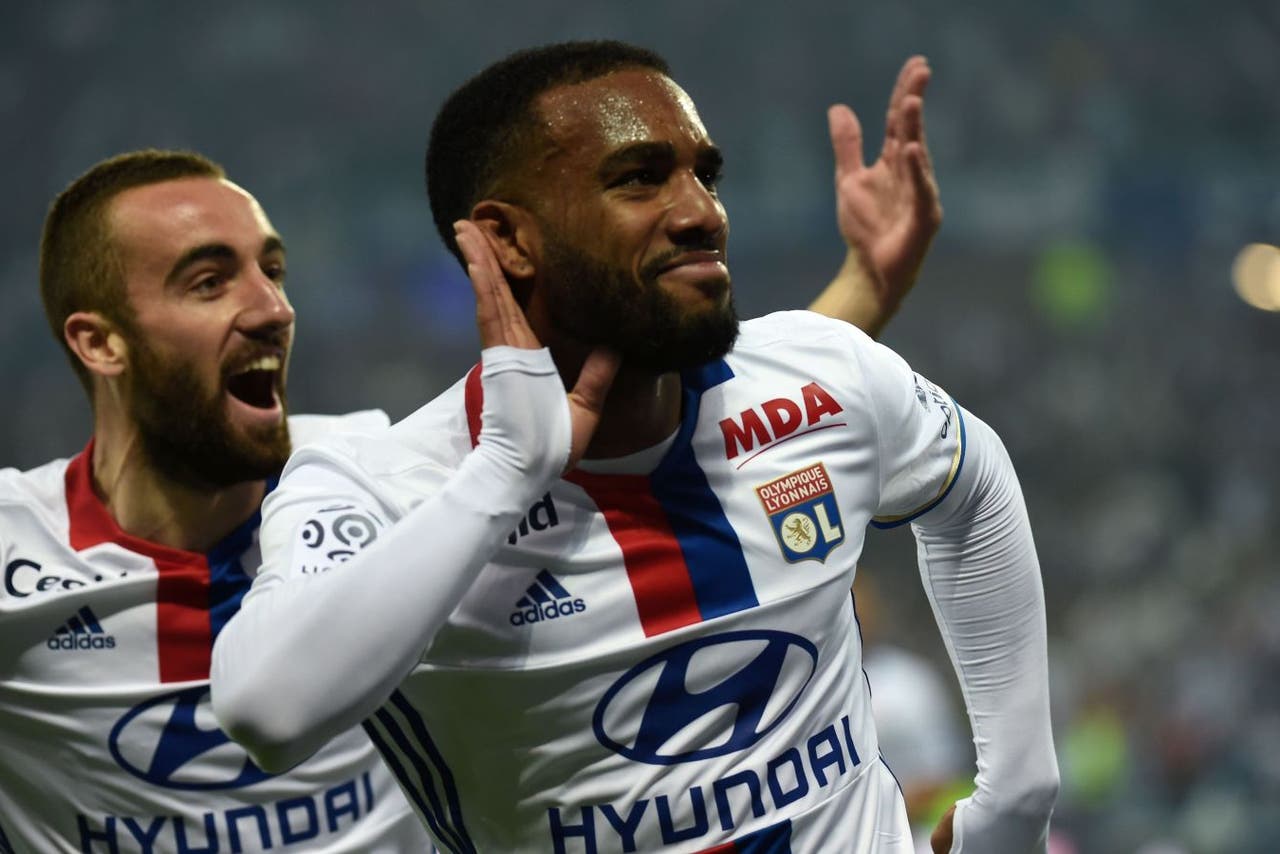 Rumor: Lyon to Arsenal. // Likelihood: Makes sense. // The Talk: Arsenal have switched targets to Alexandre Lacazette after missing out on Jamie Vardy, according to reports. The Daily Mirror claims that Gunners boss Arsene Wenger will meet up with the France international's agent, David Venditelli, next week. Lacazette scored 23 goals in 43 appearances for Lyon last season and the French side value their star striker at £45m ($59.3m) and up. Lyon are in a strong bargaining position with Lacazette still having three years to run on his current deal. 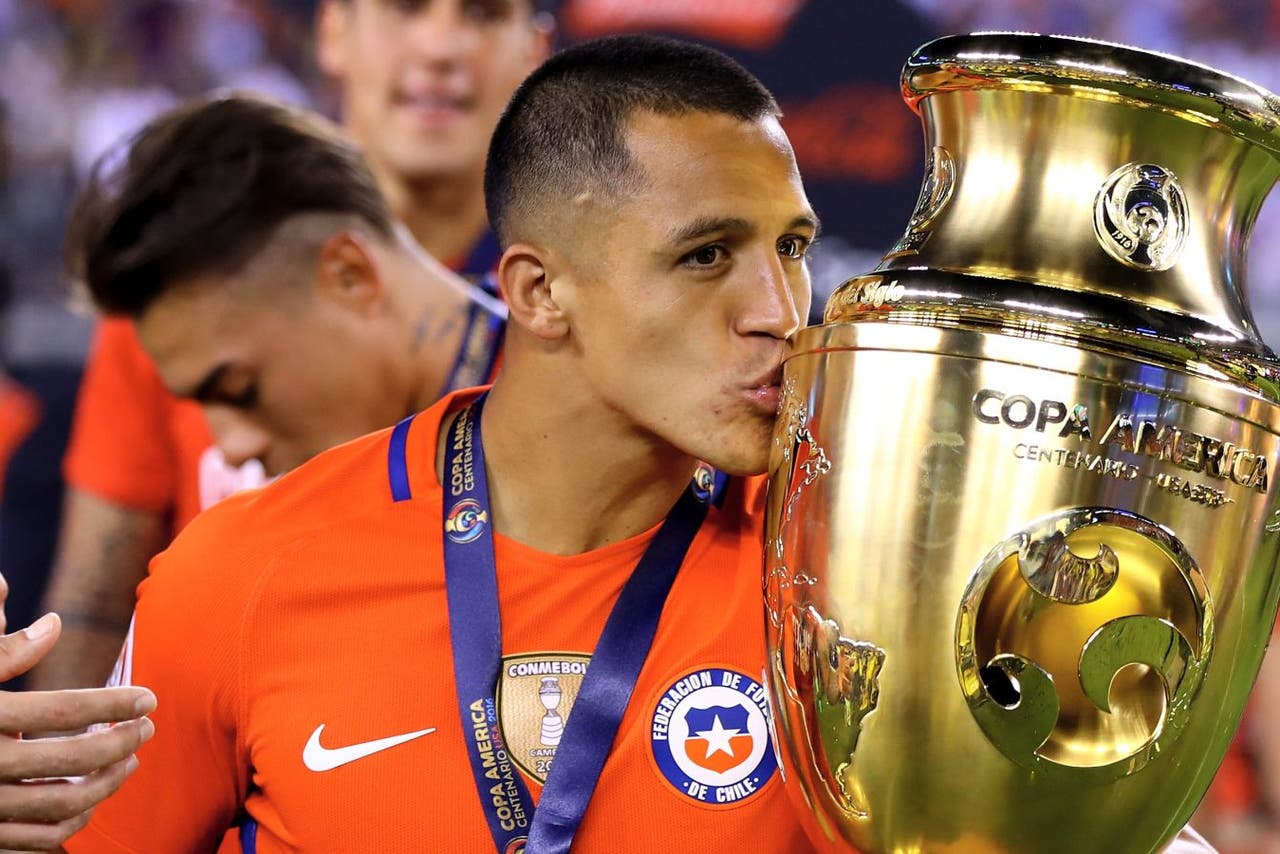 Rumor: Arsenal to Juventus. // Likelihood: Wenger will want to keep him. // The Talk: Juventus are plotting an audacious move for Arsenal forward Alexis Sanchez, according to the Daily Express. Juve are thought to be on the lookout for a player who can replace the goals of Alvaro Morata after the striker decided to re-join Real Madrid. Sanchez scored 13 Premier League goals for the Gunners last season and was part of the Chile side that won the Copa America Centenario this summer. Juve are thought to want to use the £23m ($30.3m) they get for Morata to put towards the signing of Sanchez. The 27-year-old joined Arsenal for £32.2m ($42.4m) in 2014 and has been a firm crowd favorite ever since. 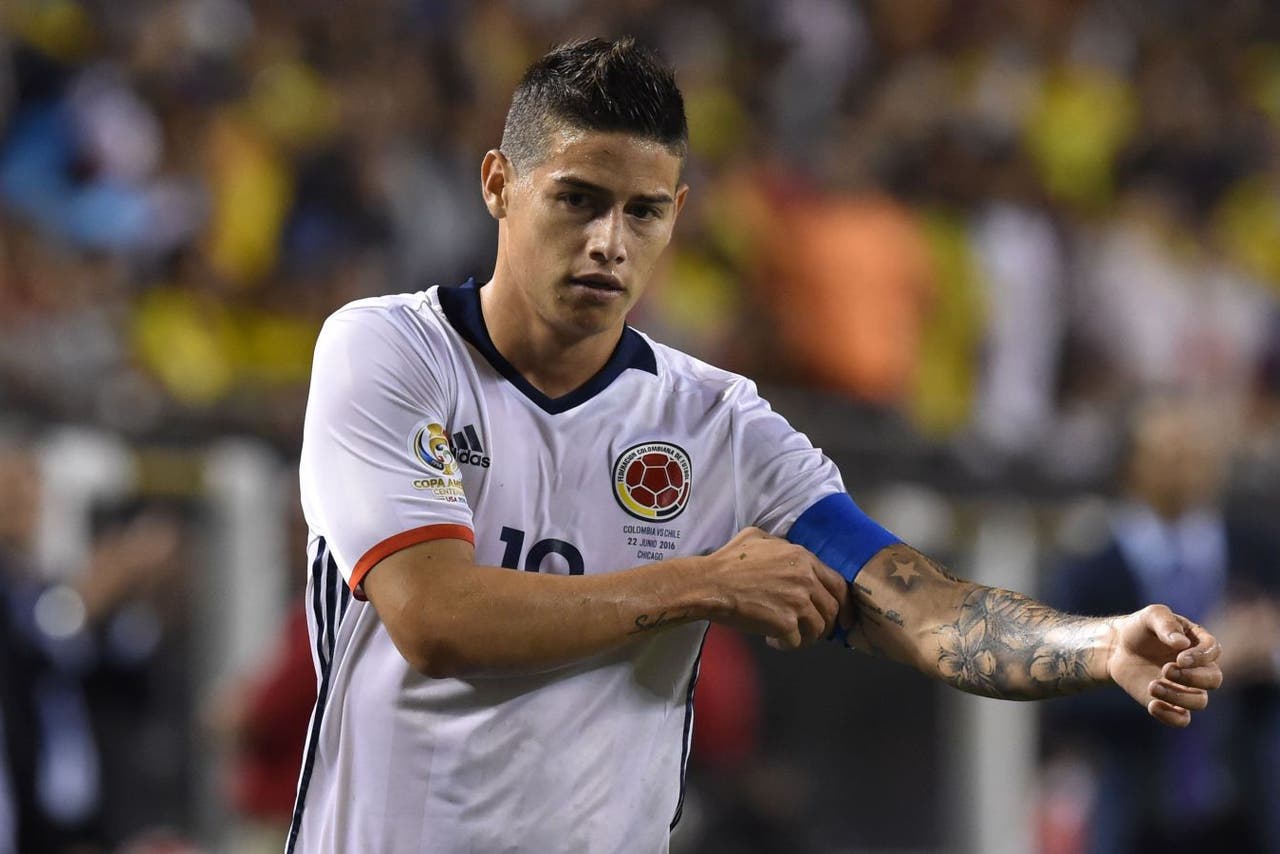 Rumor: Real Madrid to Manchester United. // Likelihood: For the right price. // The Talk: According to reports, James Rodriguez has been told he can leave Real Madrid for Manchester United this summer. The unsettled star, who has reportedly put his house up for sale, is understood to have been told that he can leave but only if United stump up £50m ($65.9m). Rodriguez has been struggling to nail down a starting spot in Zinedine Zidane's side and the Red Devils would be in a stronger position to offer him regular games. With Manchester United not qualifying for the Champions League, it remains to be seen if they can attract the biggest names this summer. 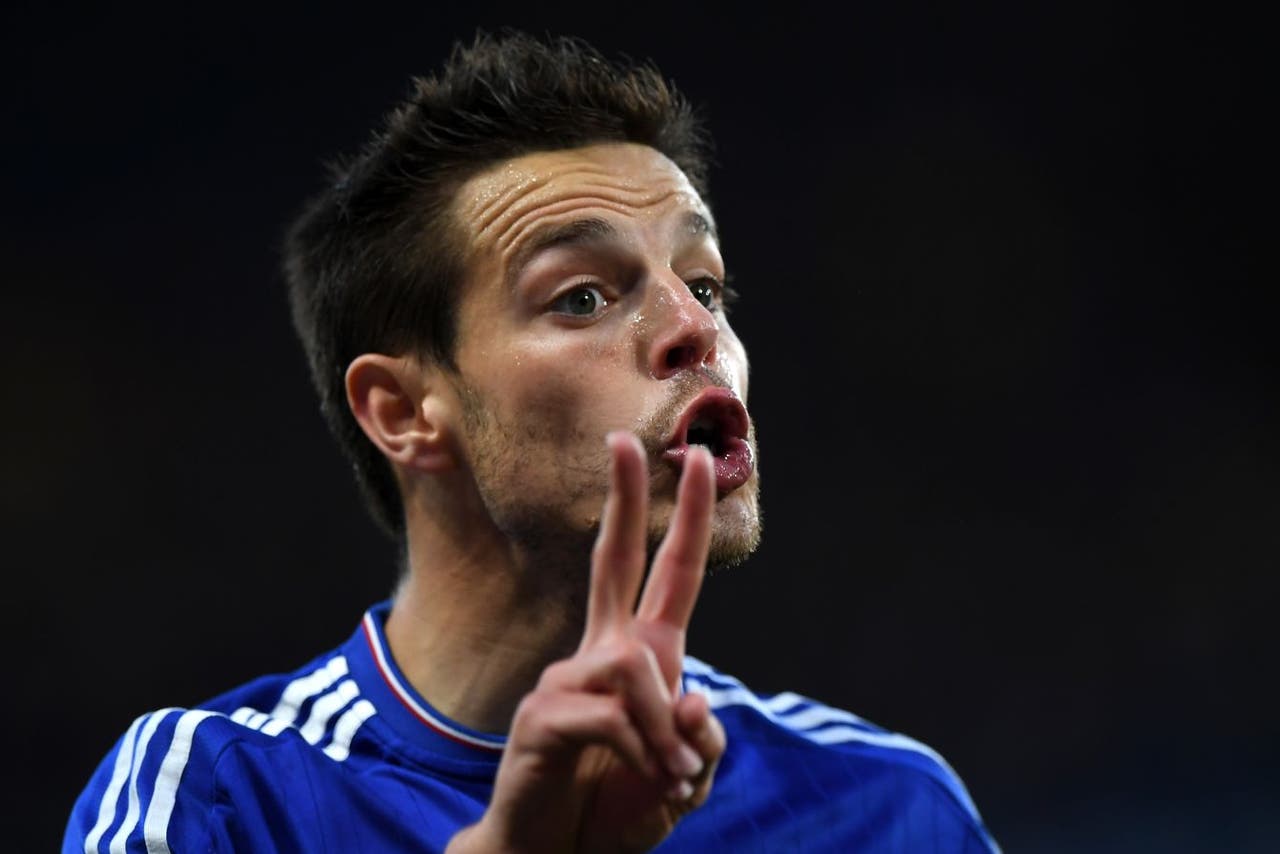 Rumor: Chelsea to Barcelona. // Likelihood: It would take more money. // The Talk: Barcelona will struggle to sign Chelsea defender Cesar Azpilicueta, according to reports. The Catalans are on the lookout for a new full-back with Dani Alves poised to join Juventus this summer. Luis Enrique has turned his attentions to Azpilicueta after Arsenal are understood to have refused to entertain any offers for their defender Hector Bellerin. However, a recent bid of £13.8m ($18.1m) from Barca for Azpilicueta will reportedly be turned down by the Blues. And, despite further interest from Atletico Madrid, incoming boss Antonio Conte is keen to hold onto the Spaniard. 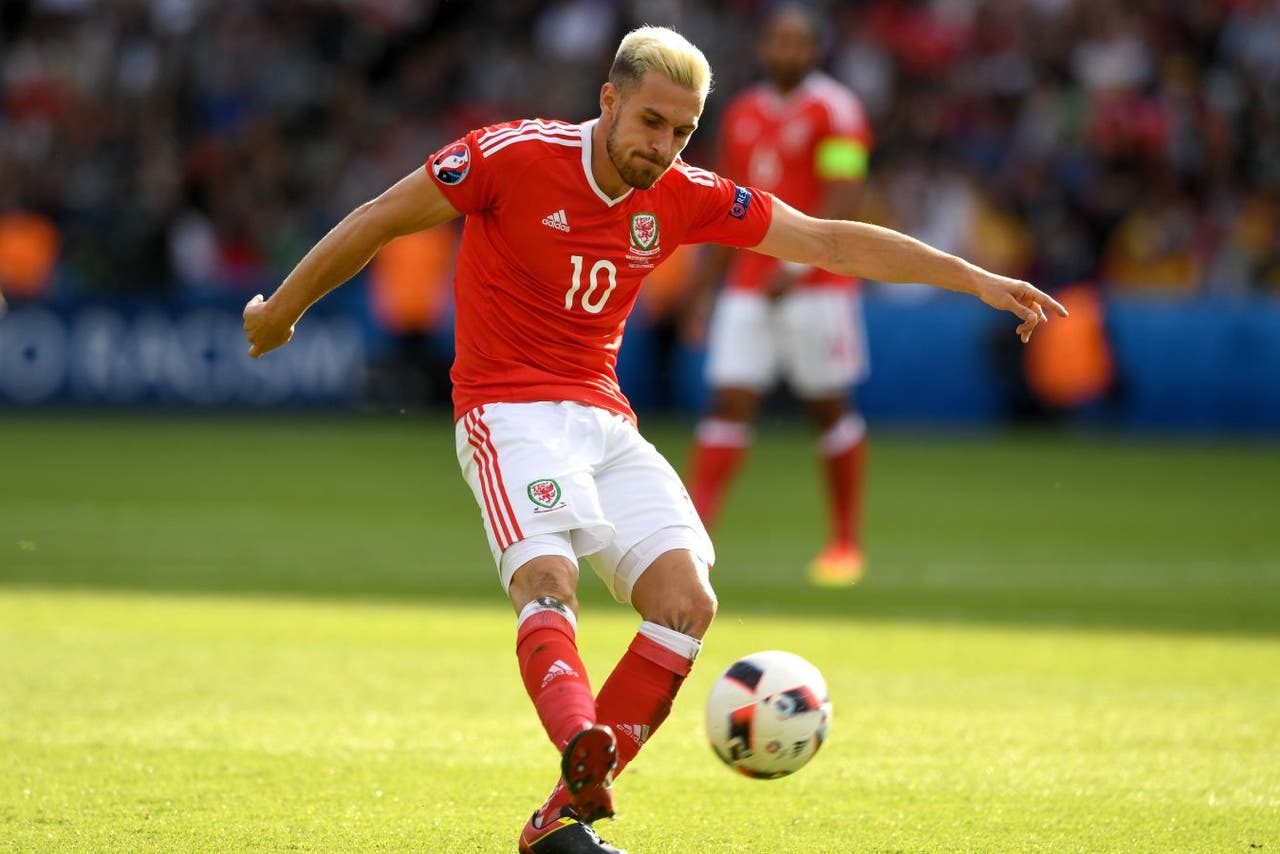 Rumor: Arsenal to Manchester United. // Likelihood: Unlikely. // The Talk: New Manchester United boss Jose Mourinho is looking to seal the transfer of Aaron Ramsey from Arsenal, according to reports. The Sun claims that Mourinho is ready to anger Wenger by bidding for Ramsey if he fails in his pursuit of Borussia Dortmund midfielder Henrikh Mkhitaryan. Ramsey is currently lighting up Euro 2016 with a few impressive performances for Wales as they reached the quarterfinals. The transfer is likely to be a long shot with Ramsey at a fellow Premier League side and the notoriously high fee demands for homegrown players. 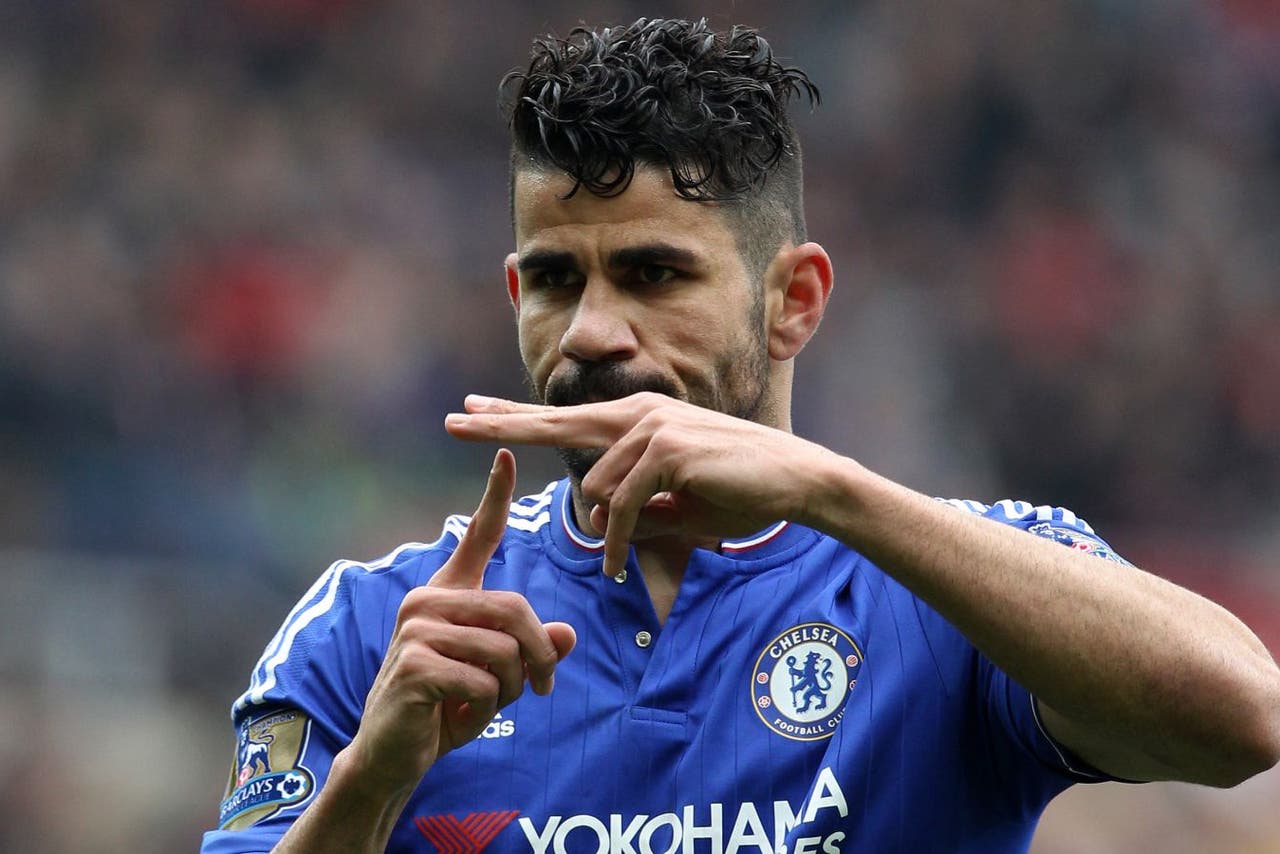 Rumor: Chelsea to Atletico Madrid. // Likelihood: Might work out for all parties. // The Talk: According to reports in Spain, Chelsea striker Diego Costa is desperate for a return to Atletico Madrid. AS claims that the Spanish striker will "pull out all the stops" to land a move back to Atletico. Costa could only manage 13 Premier League goals last season and, after a disappointing campaign, is said to have become unsettled at Stamford Bridge. The report also claims that the Costa has constantly been on the phone to agent Jorge Mendes and his former club. It is not only the Brazilian-born striker that wants a reunion, Atletico boss Simeone is thought to be keen as well. 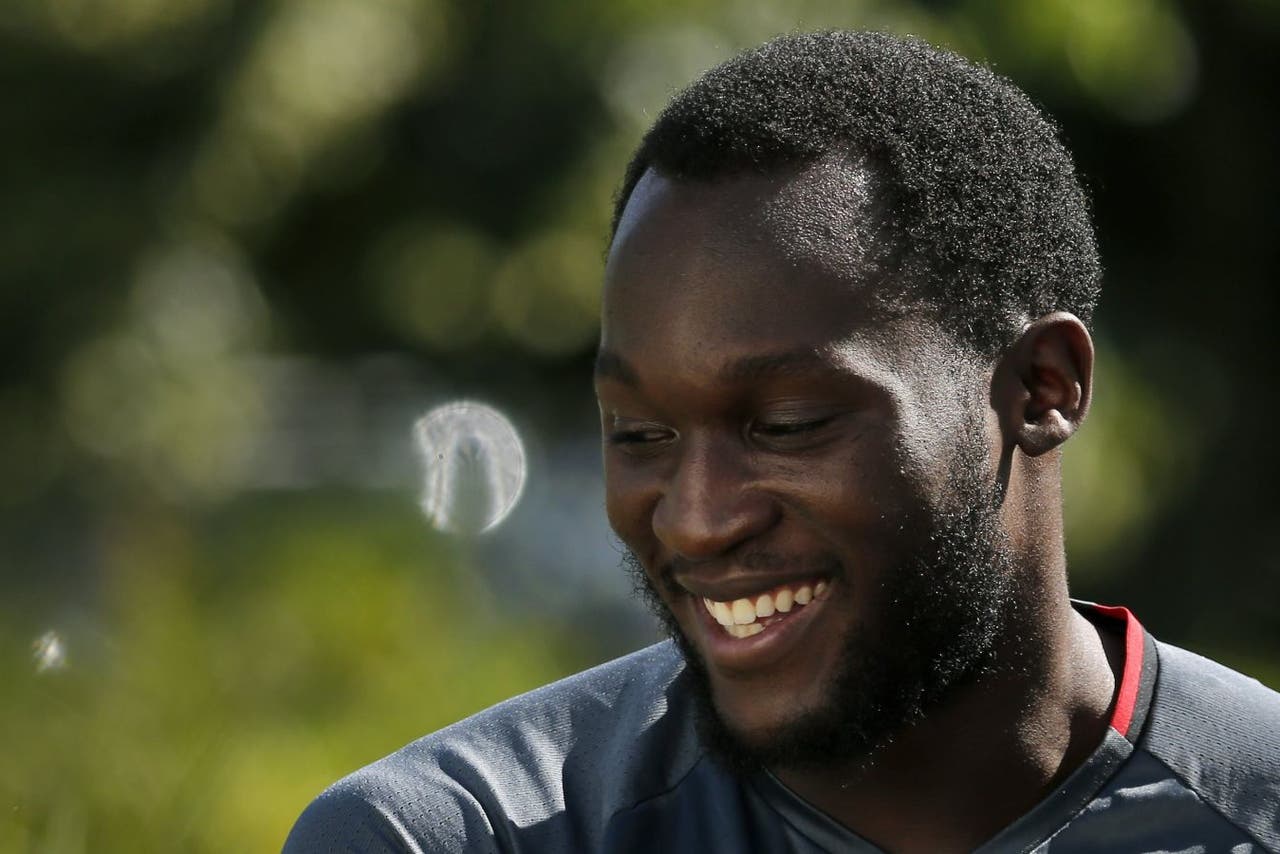 Rumor: Everton to Arsenal. // Likelihood: A good fit. // The Talk: According to Italian journalist Emanuele Giulianelli, Arsenal have agreed personal terms with Everton striker Romelu Lukaku. Following the Gunners failure to land top striker target Jamie Vardy, Arsene Wenger will now turn his attentions to the Belgium international. The Gunners are reportedly leading the chase ahead of Chelsea for the 23-year-old and Giulianelli claims Wenger is poised to submit an offer. Giulianelli said on Twitter: "Despite Chelsea pressing, Arsenal have agreed personal terms with Lukaku. An offer will be submitted." Other reports say Arsenal will have to cough up £60m ($79.1m) to land their man, which would eclipse the £42.4m ($55.9m) they spent on Mesut Ozil in 2013. 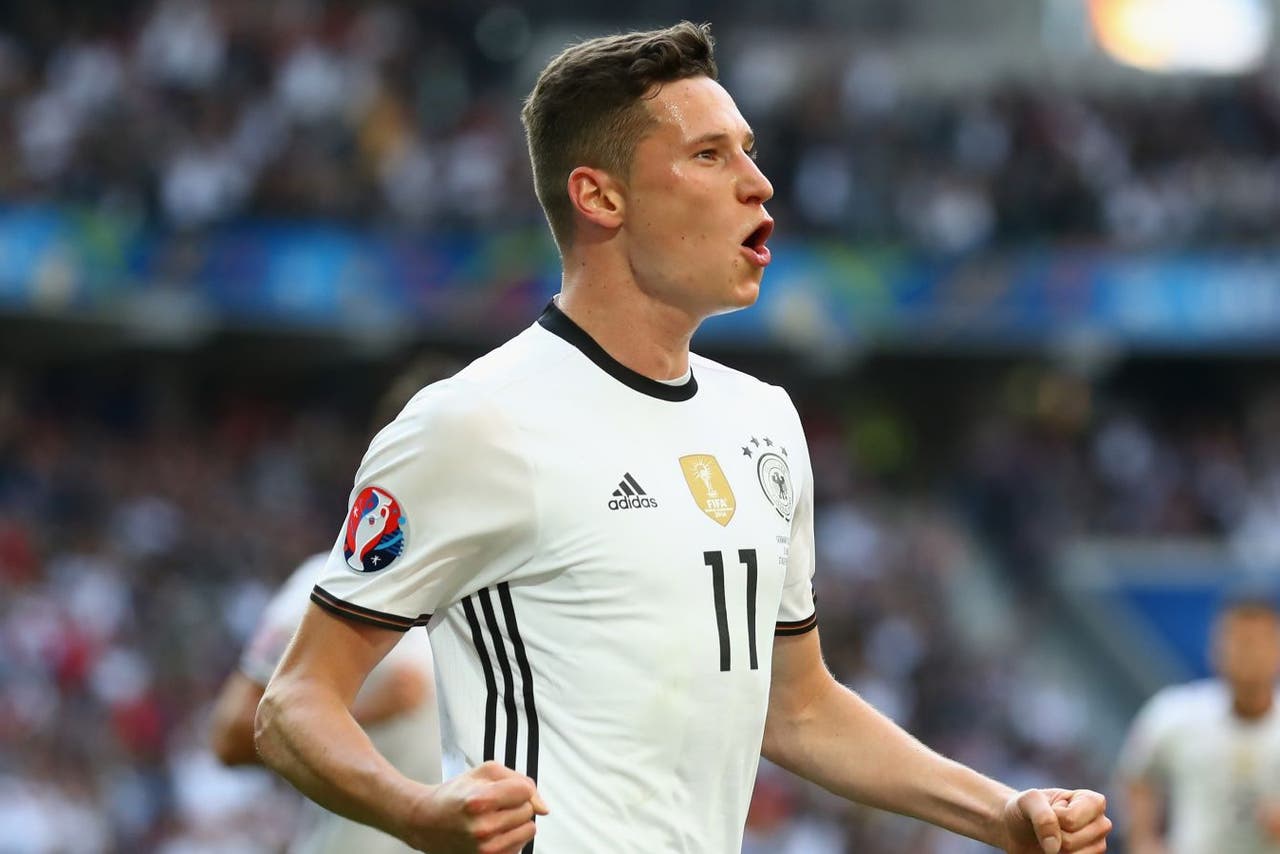 Rumor: Wolfsburg to Manchester United. // Likelihood: Not likely.  // The Talk: Manchester United are targeting Wolfsburg midfielder Julian Draxler this summer, according to reports. Draxler, who is away on international duty with Germany, has been heavily linked to Arsenal in previous windows but it's the Red Devils who are thought to be keen this time around. Any deal for Draxler is thought to be dependent on whether United can complete the transfer of Henrikh Mkhitaryan from Dortmund. The Daily Star report that if that falls through then a £30m ($39.5m) agreement for Draxler is understood to be a preferred alternative for new boss Jose Mourinho. 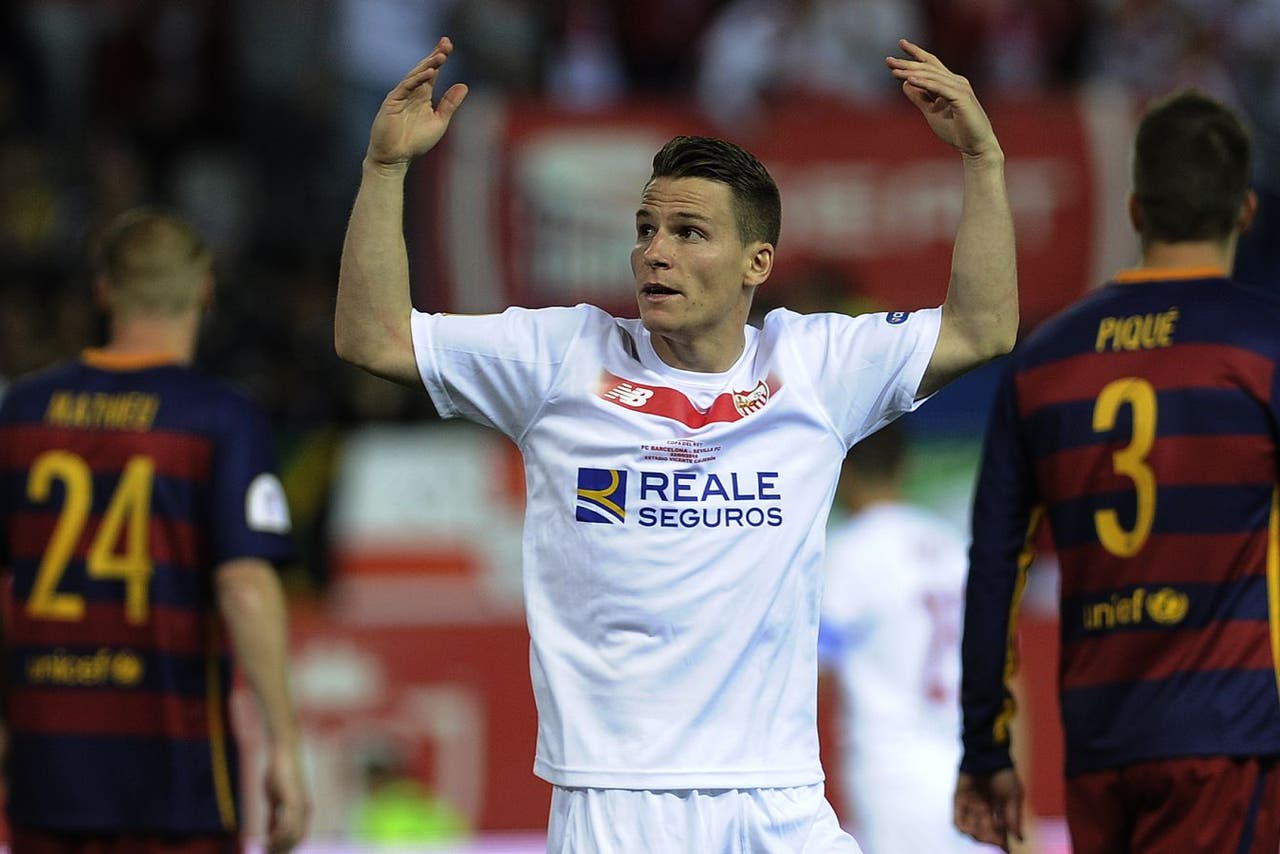 Rumor: Sevilla to Barcelona. // Likelihood: Fits the bill. // The Talk: Barcelona will open talks with Sevilla over Kevin Gameiro after Neymar agrees to a new contract, according to reports in Spain. Mundo Deportivo claims that the Blaugrana are preparing a bid for the Frenchman but only if they can secure Neymar's future at the Camp Nou. It is understood the 29-year-old forward, who was left out of France's Euro 2016 squad, has a £32m ($42.1m) release clause in his contract. Gameiro's impressive goalscoring record of 67 goals in 140 appearances for Sevilla, has attracted interest from the Catalans. As long as Gameiro understands he is likely to play back-up to Barca's deadly front three of Neymar, Lionel Messi and Luis Suarez, then this move looks like it might be on the cards. 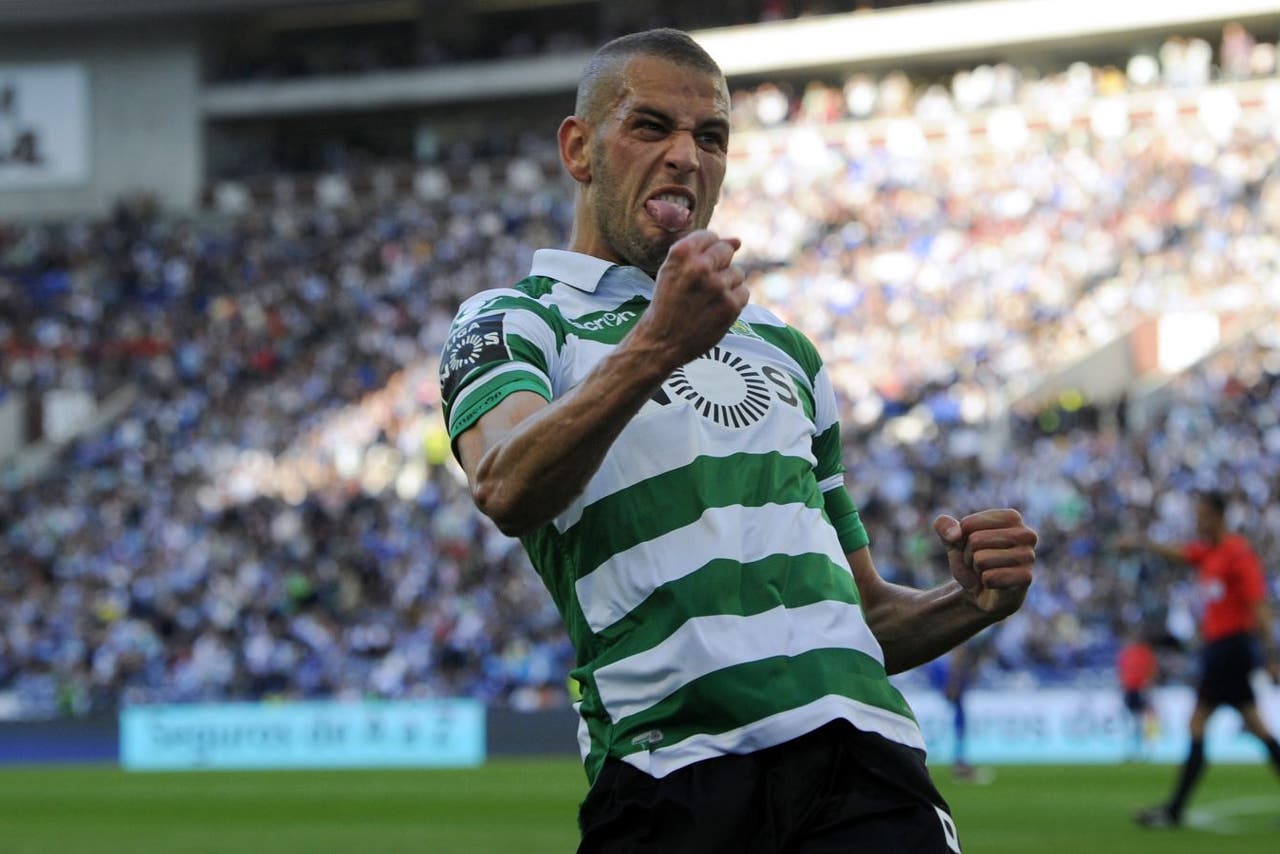 Rumor: Sporting Lisbon to Arsenal. // Likelihood: Not high profile enough. // The Talk: According to reports in Portugal, Arsenal have turned their attention to Sporting Lisbon striker Islam Slimani after missing out on Leicester and England striker Jamie Vardy. Vardy rejected Arsenal in favor of signing a new contract with the Foxes after the Gunners had activated his release clause. Slimani had a similarly successful season to Vardy, scoring 31 goals to help Sporting Lisbon finish second in the Portuguese league. Slimani, who is also thought to be a target for Tottenham, has a £24m ($31.6m) release clause in this contract.