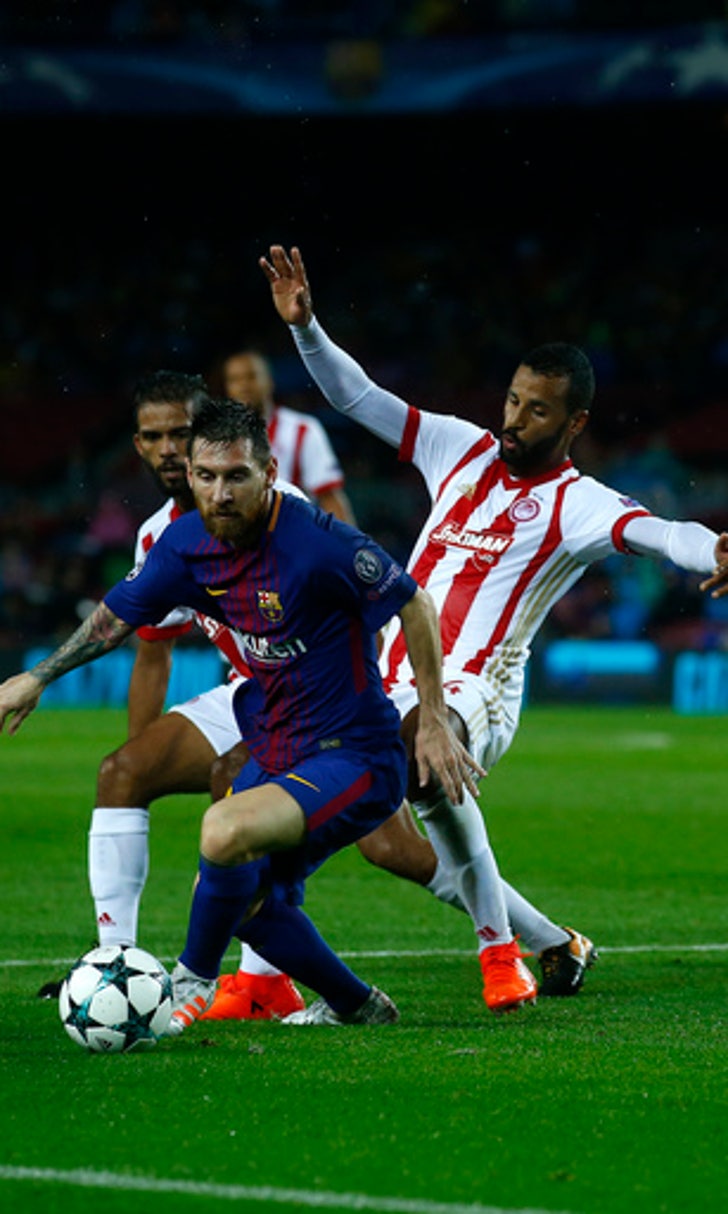 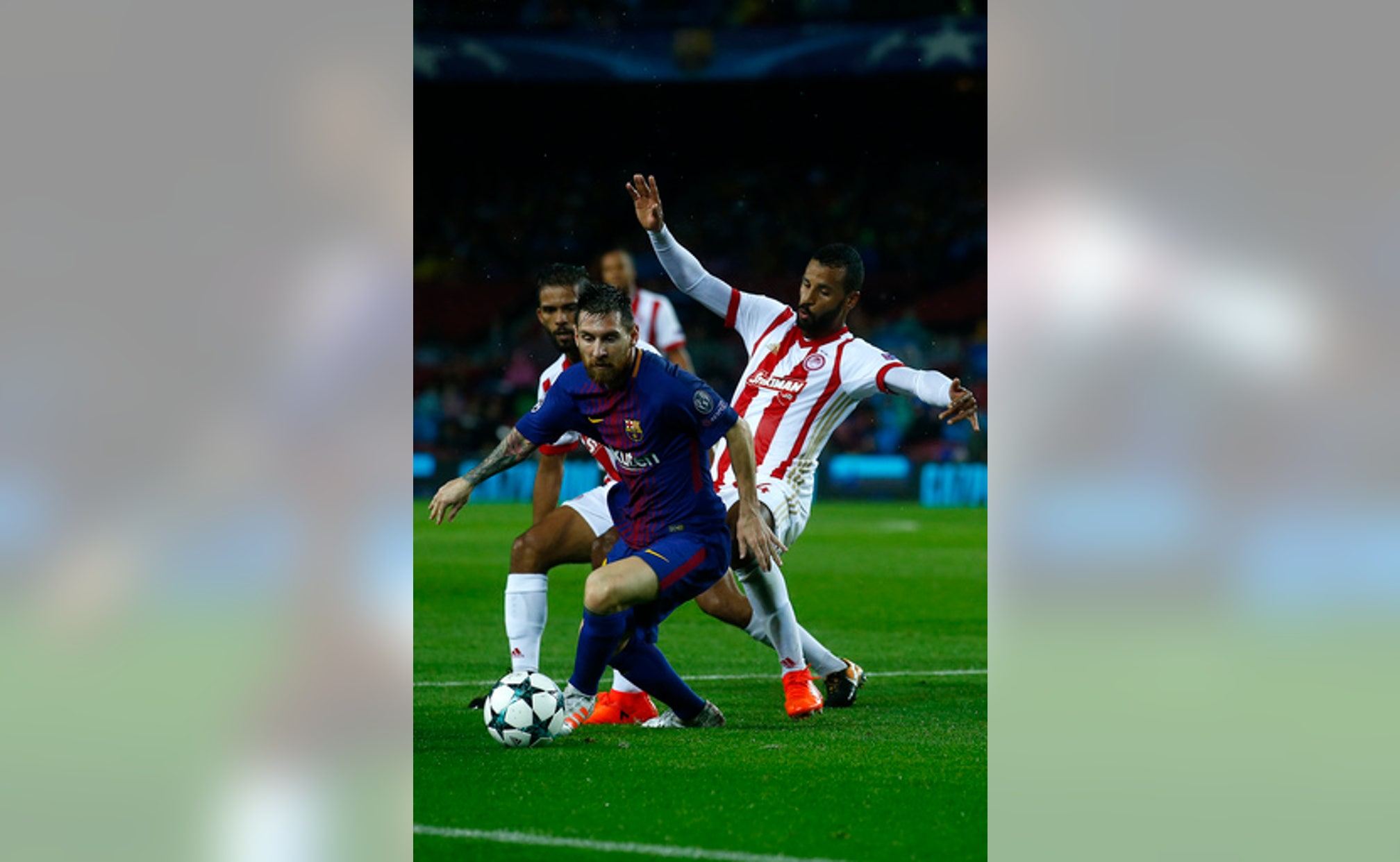 BARCELONA, Spain (AP) Lionel Messi scored his 100th goal in European competition to lead 10-man Barcelona to a 3-1 victory at home to Olympiakos in the Champions League on Wednesday.

Messi hit the century mark in 122 European matches when he curled a free kick over the wall in the 61st minute. Goalkeeper Silvio Proto got a hand on the ball but couldn't keep it out as Messi took his career tally in the Champions League to 97 goals.

After Barcelona had gone ahead thanks to an own-goal by Dimitris Nikolaou in the 18th, the hosts were left a man down three minutes before halftime. Gerard Pique got a second booking for using his arm to steer the ball into the net. The strike was disallowed.

However, Barcelona continued to outclass the Greek visitors despite playing with 10 men.

Messi drew a foul from Nikolaou near the edge of the area to set up his free kick. Messi's strike gave him 18 goals in 17 matches for Barcelona and Argentina this season.

Messi also set up left back Lucas Digne to score in the 64th when he dribbled around a defender before cutting the ball back through the area for the defender to drive it home.

Nikolaou scored Olympiakos' consolation goal with a header from a corner in the 90th.

Barcelona made it three wins from as many matches to lead Group D with nine points. It also extended its unbeaten run at home in the competition to 23 straight games.

Olympiakos remained with zero points. Juventus has six points and Sporting Lisbon three after Juventus beat the Portuguese side 2-1 also on Wednesday.

Barcelona dominated possession and the scoring chances throughout the game at Camp Nou that started under heavy rain falling over the Catalan city.

Forward Gerard Deulofeu caused Olympiakos problems with his incursions and crosses from the right side until he was substituted at halftime for defender Javier Mascherano. Offseason arrival Paulinho continued to impress with his runs into the area to join the attack from his position in midfield.

Barcelona pressed Olympiakos into its area from kickoff and its first goal came when Deulofeu used one touch to send in a cross that Nikolaou clumsily turned into his own net.

Paulinho hit the crossbar with an acrobatic header in the 25th, and Olympiakos would have conceded more goals if not for Proto, who denied several shots by Deulofeu, Messi and Luis Suarez.

Deulofeu appeared to have set up another goal in the 42nd when his shot was saved by Proto and fell to Pique in front of the goalmouth. But the referee disallowed the goal by Pique and booked him for using his left hand to knock the ball home. Pique already had a yellow card from the 11th for fouling Vadis Odjidja to stop a counterattack.