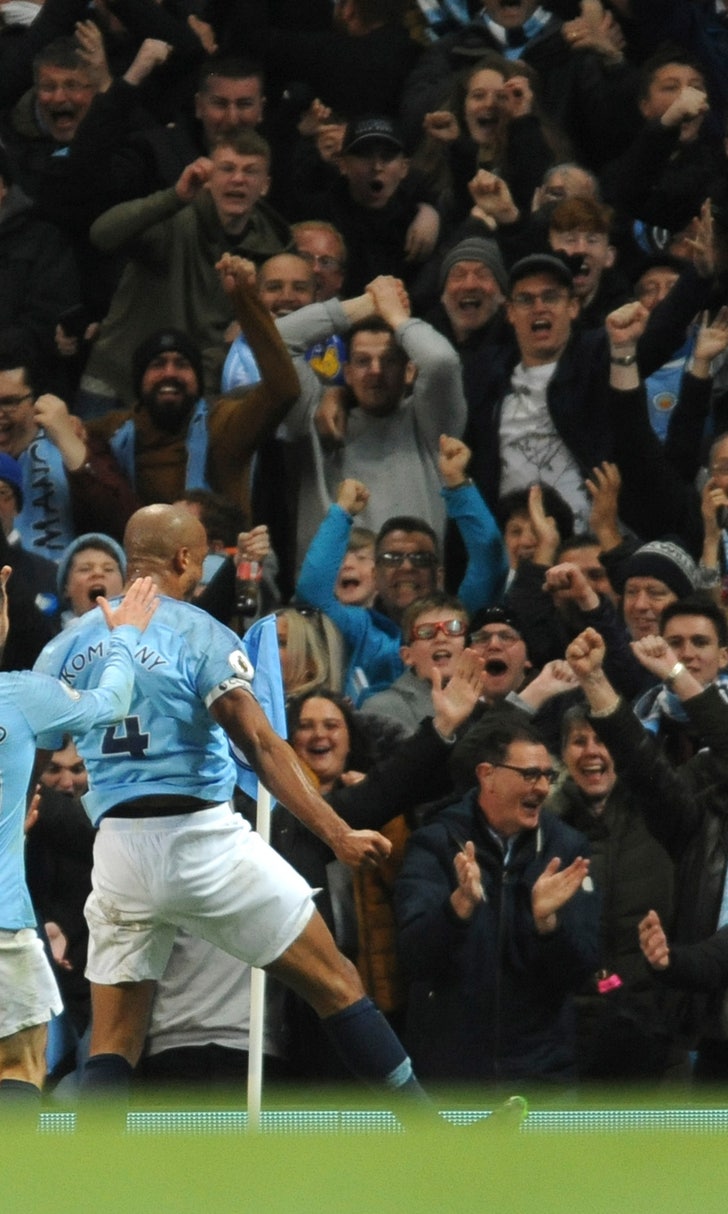 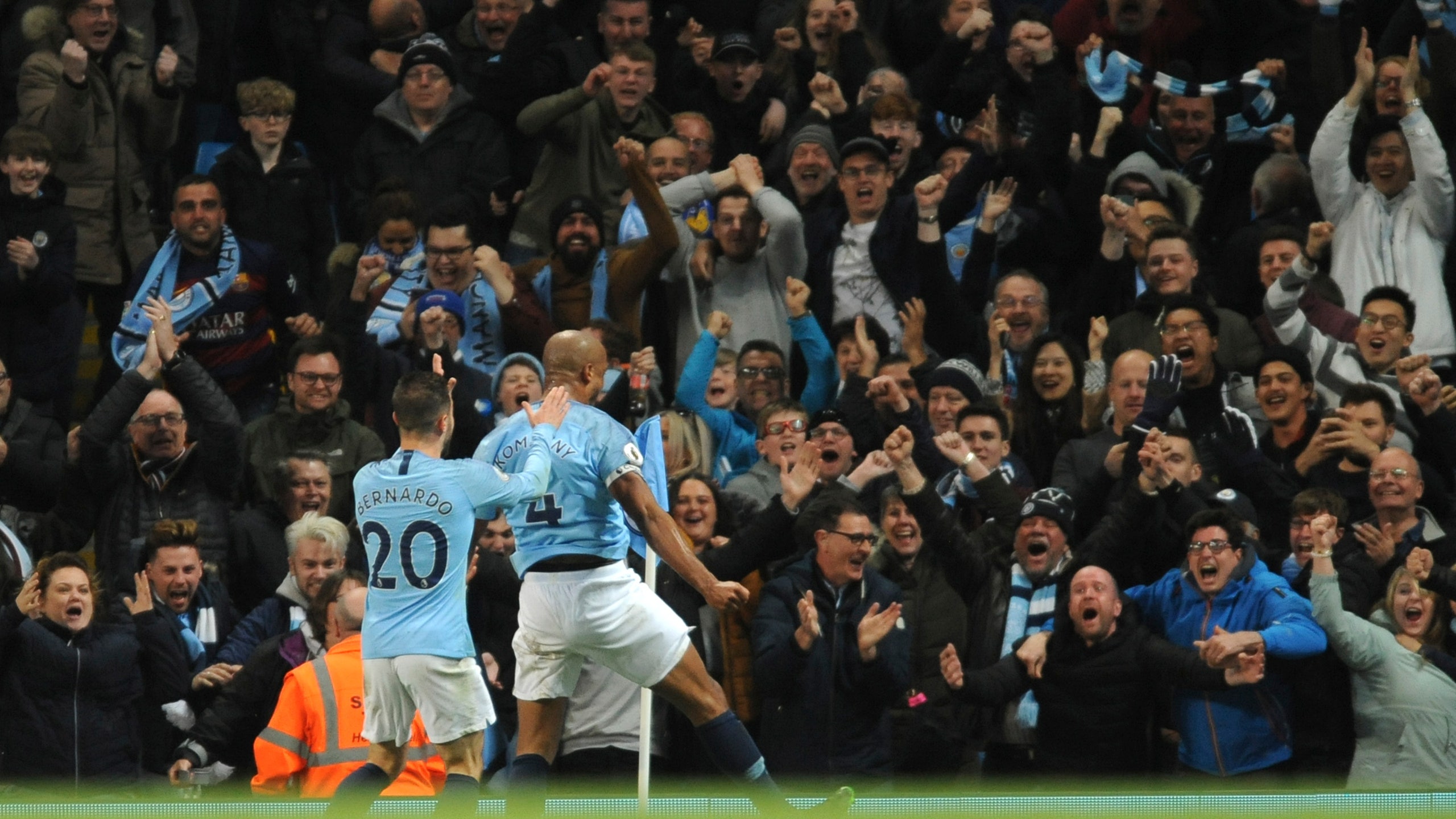 Man City back on top of EPL after Kompany wonder goal

MANCHESTER, England (AP) — Manchester City returned to the top of the English Premier League with one round left after captain Vincent Kompany hit a sensational goal to beat Leicester 1-0 in a dramatic and tense match on Monday.

The ferocious long-range shot by City's long-serving and influential captain settled nerves 70 minutes into the nail-biting contest at Etihad Stadium.

Few will have expected Kompany to shoot when the ball fell to him 30 yards out but he let fly with a powerful strike.

"Vinny, I tell you, 'No shoot!'" City striker Sergio Aguero was captured on television telling Kompany after the final whistle.

Leicester goalkeeper Kasper Schmeichel had no chance as the ball swerved away from him into the top corner.

Pep Guardiola's treble-chasing side needed to win to retain control of their title destiny, and their 13th successive victory took them a point above Liverpool. City should successfully defend the title next Sunday at lowly Brighton. Liverpool hosts Wolverhampton at the same time.

"One more game," Guardiola said. "We were seven points behind not long ago from Liverpool but we didn't give up.

"I know now is not (about) saying how good was the season, now is arriving first. We just have to win our game."

It was anything but straightforward against Leicester who, under the guidance of former Liverpool boss Brendan Rodgers, proved tough defensively and a threat on the break.

Yet City, knowing the importance of victory, gave it everything. They were again missing the midfield composure of Fernandinho but made their usual high-energy start.

Bernardo Silva and Raheem Sterling tore down the right and left flanks respectively and cut inside menacingly while Phil Foden, again trusted by Guardiola in another key fixture, was also lively.

Leicester was also relishing the contest and it was the visitors who created the first serious opening when Ricardo Pereira skipped into the area and had his shot blocked by Kompany. Marc Albrighton's follow-up effort was also charged down.

City threatened as Foden chested down and volleyed at Schmeichel, then Youri Tielemans forced a low save from Ederson.

Sterling raced behind the defense and flicked the ball onto Jonny Evans' arm but penalty appeals were half-hearted and dismissed by referee Mike Dean.

A sign of City tension came as David Silva was booked for a cynical challenge on Tielemans which prevented a breakaway from inside his own half.

But City then started to take control, and Sergio Aguero hit the bar with a thumping header. Schmeichel did brilliantly to claw the ball off the line as it bounced down.

City finished the half on top but there was another moment of alarm as Kompany was booked for bringing down James Maddison in full flow.

City sent on Leroy Sane and poured all its efforts into attack after the break. City appealed for another penalty as Sterling went down under a Hamza Choudhury challenge but nothing was given and the Foxes almost caught the hosts out as Maddison flashed an effort wide.

The tension increased and the anxiety was evident as Aguero was denied at point-blank range by Schmeichel after Evans miskicked.

Then Kompany produced his first league goal of the season.

The celebrations from Kompany, Guardiola and almost everyone connected with the home side were exuberant and emotional but the game still had to be closed out.

Hearts will have been in mouths when former City striker Kelechi Iheanacho got clear but he missed the target, and City held on.