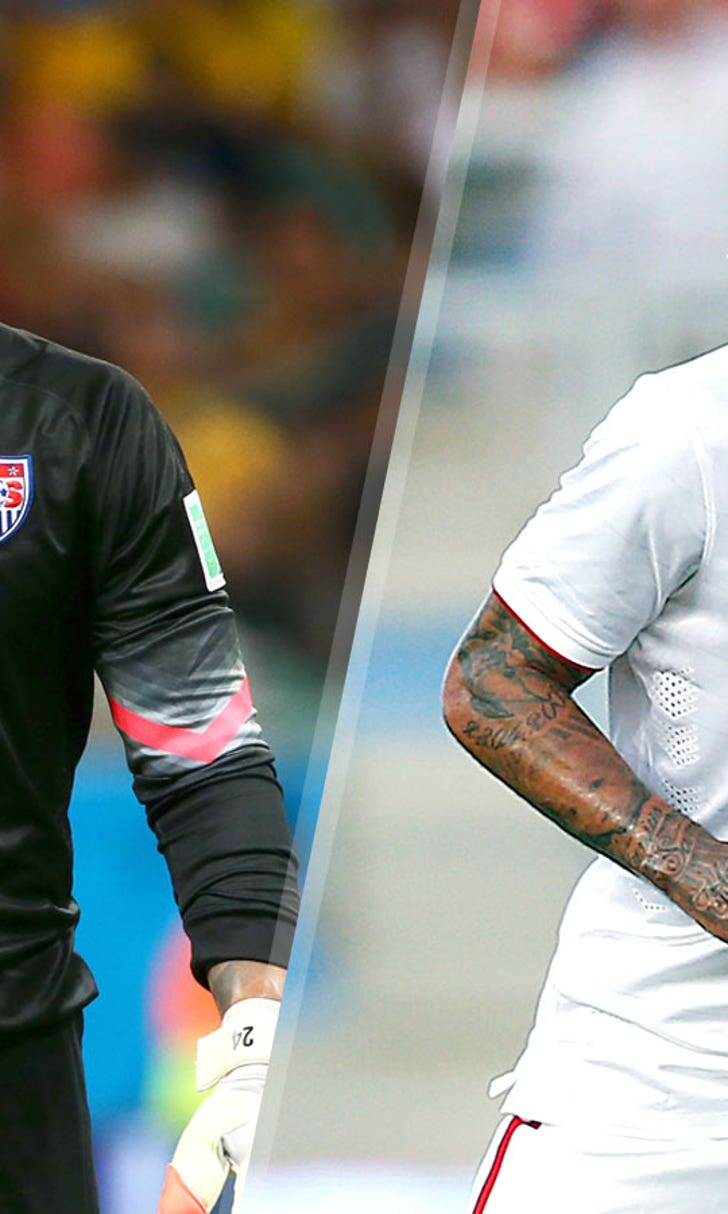 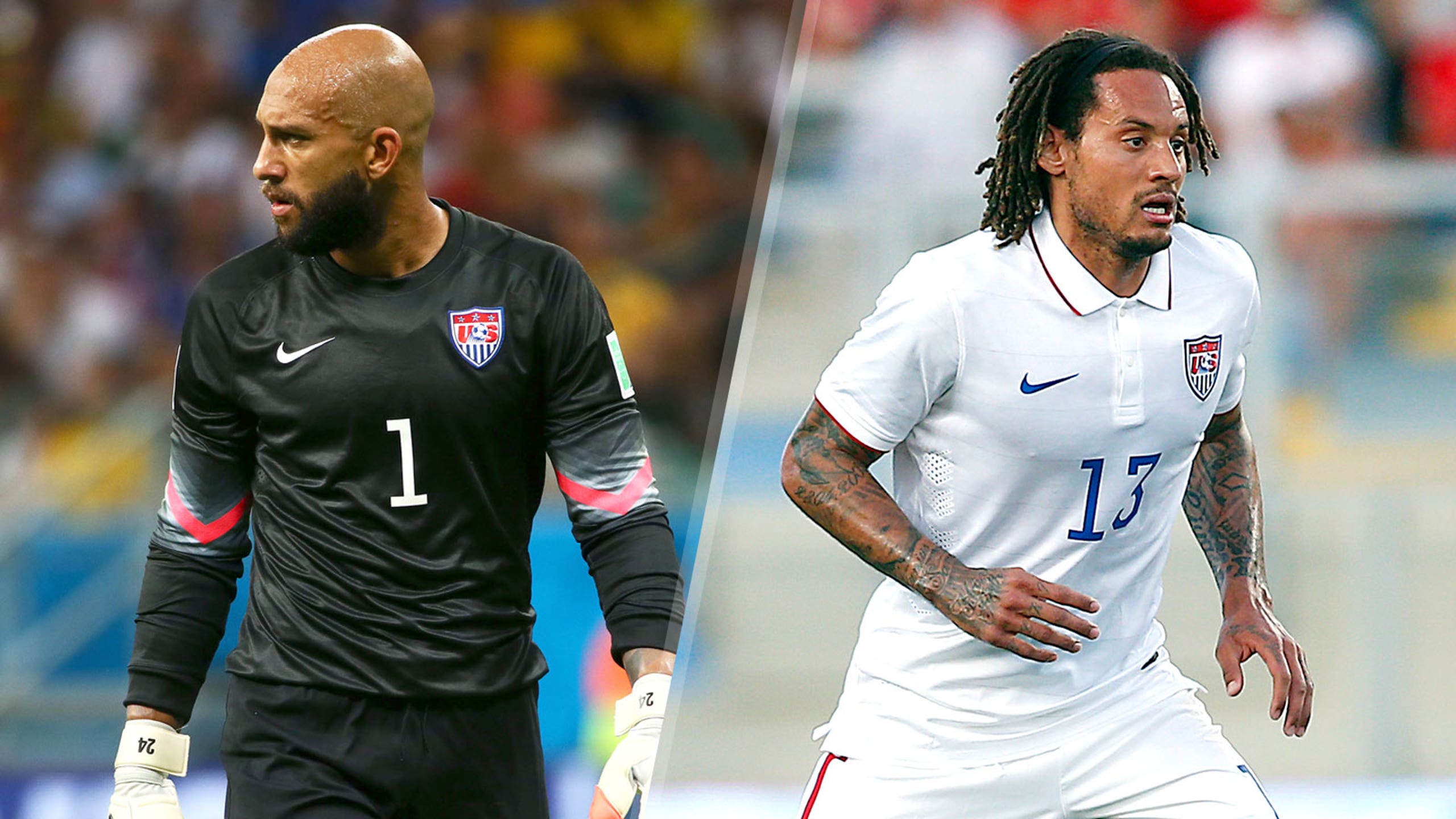 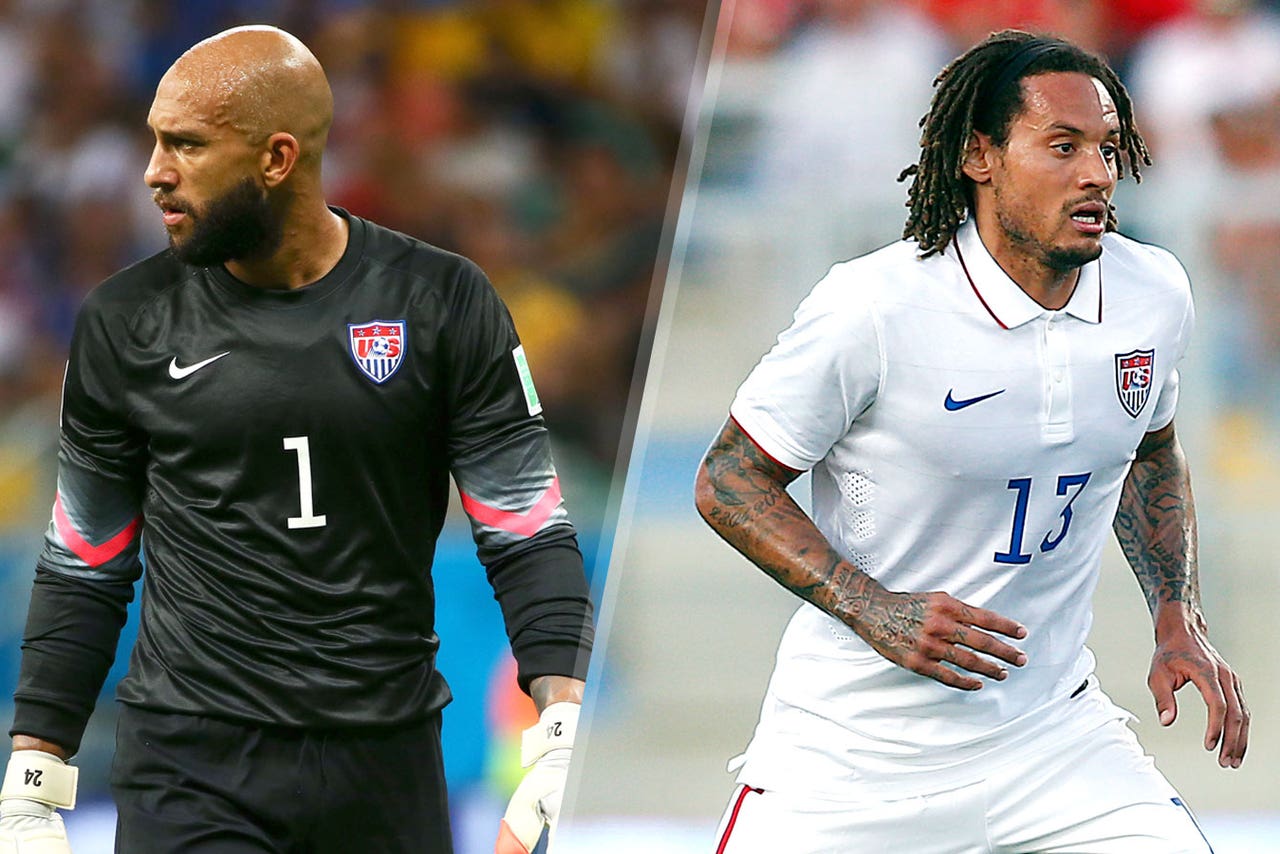 Cameron and Howard are both poised to make their first international appearances in 2015, while Jones is back in the picture after recovering from sports hernia surgery in June.

The trio lends veteran experience to 23-man squad with Michael Bradley and Clint Dempsey allowed to remain with their clubs sides for the friendly against Peru on Friday (live, 7:00p.m. ET, FOX Sports 1, FOX Sports GO).

Bradley and Dempsey are expected to play in the MLS match between Seattle Sounders and Toronto FC on Saturday before joining their international teammates in Boston to prepare for the friendly against Brazil on Sept. 8 in Foxborough, Mass.

Klinsmann also restored TFC forward Jozy Altidore to the squad after dropping him for the CONCACAF Gold Cup knockout stage and summoned several other familiar faces -- including Sporting Kansas City defender Matt Besler and Club Tijuana defender Michael Orozco -- as the preparations intensify for the upcoming Confederations Cup playoff against Mexico on Oct. 10.

“The bigger picture is to get some answers for how we put things together for Mexico game a month from now,” Klinsmann told ussoccer.com on Sunday. “Obviously we want to continue to have a good flow of guys from the Gold Cup, but also to bring back guys who are in position to compete for a spot on the roster for Oct. 10. Our message to these guys is simple: prove a point that you want to be at the Rose Bowl.”

More upheaval arrives in defense with DaMarcus Beasley, Timothy Chandler and Fabian Johnson all ruled out through injury. Beasley (injured in Houston’s 2-0 victory over Vancouver on Saturday) and Chandler (expected to undergo surgery to repair the meniscus in his right knee after sustaining the complaint in Eintracht Frankfurt’s 4-1 win over VfB Stuttgart on Saturday) complicated matters with their injuries this weekend.

The resulting defensive corps is heavy on experience and short on natural fullbacks as a result. Besler, Cameron and Orozco join a crowded group including regular starters Ventura Alvarado and John Brooks, plus Gold Cup reserves Omar Gonzalez and Tim Ream. Atlas left back Greg Garza is the only natural fullback option among the group, though several players -- including Cameron, Ream and DeAndre Yedlin -- can feature in those berths.

“We want to see competition, and then we're going to make some calls,” Klinsmann said. “Obviously the most crucial calls come for the roster that goes to the Rose Bowl.”

Jones steps into a midfield department with a vacancy to fill in front of the back four. Klinsmann left Kyle Beckerman out of the squad to deal with a lingering complaint and opened his usual place in front of the back four. Reading midfielder Danny Williams offers another potential alternative in that department after missing out on the Gold Cup run.

There are also questions to answer up front with in-form SV Sandhausen forward Andrew Wooten included for the first time. Union Berlin forward Bobby Wood is also back in the squad as Klinsmann attempts to assess other options in that department with Altidore and Aron Jóhannsson firmly in the mix.

“This is really crucial for them to understand,” Klinsmann said. “There's a time period to break in and make yourself comfortable and be a part of a group, but there's also a time to understand the moment to step up and build your future in the team. Now after a year that we called a transition year where we developed young forwards like an Aron Johannsson and a Bobby Wood and obviously some others, we are eager to see the next generation of forwards becoming consistent. By that, I mean first of all scoring goals.”

The next two matches provide Klinsmann and this group of players with a chance to prepare earnestly for the date with El Tri at the Rose Bowl. The pressing nature of that encounter increases the urgency within the ranks with a Confederations Cup berth hanging in the balance and with World Cup qualifying around the corner in November.

“With these games, it is not the time to be patient,” Klinsmann said. “This is really now time for the guys to make a really strong impression that they understand the situation we’re in because of what happened in the Gold Cup. These games are not about developing things for the future. This is about proving a point towards the Mexico game.”

Gold Cup
share story
those were the latest stories
Want to see more?
View All Stories
Fox Sports™ and © 2021 Fox Media LLC and Fox Sports Interactive Media, LLC. All rights reserved. Use of this website (including any and all parts and components) constitutes your acceptance of these Terms of Use and Updated Privacy Policy. Advertising Choices. Do Not Sell my Personal Info