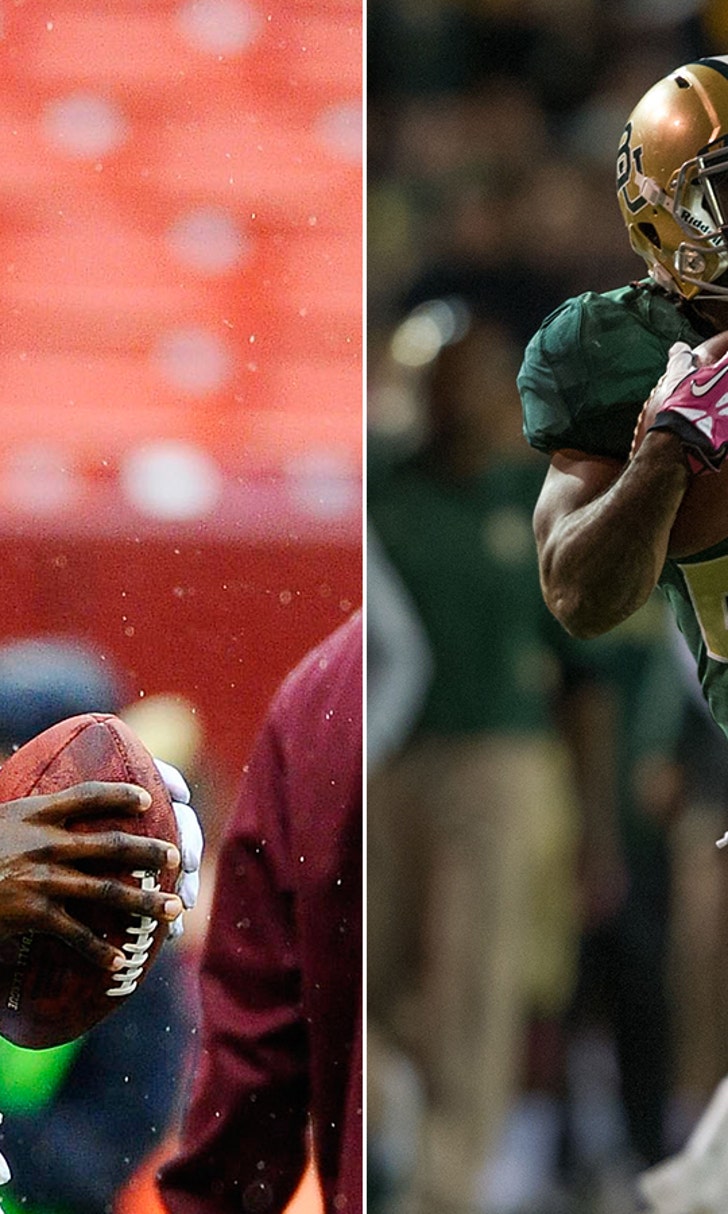 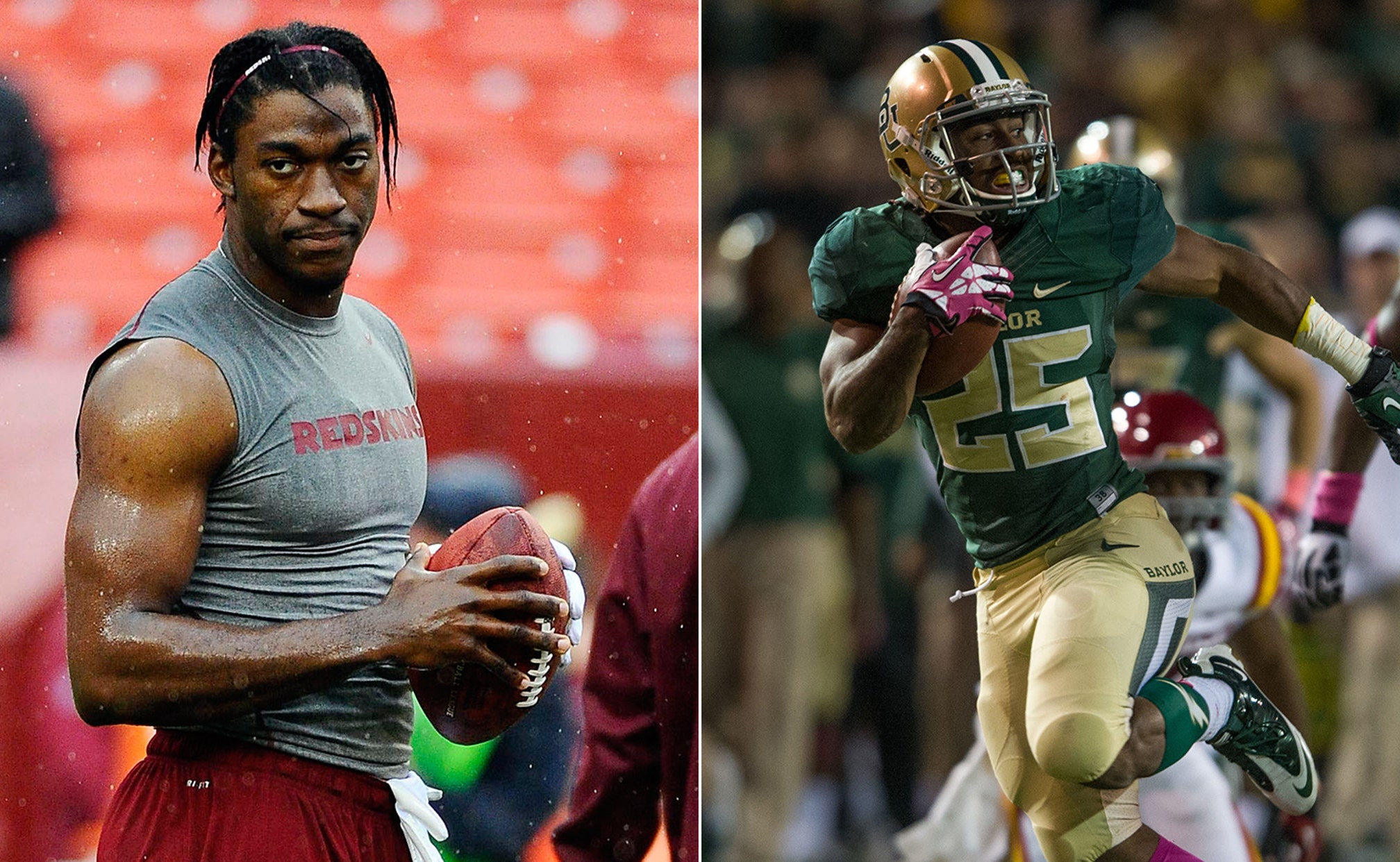 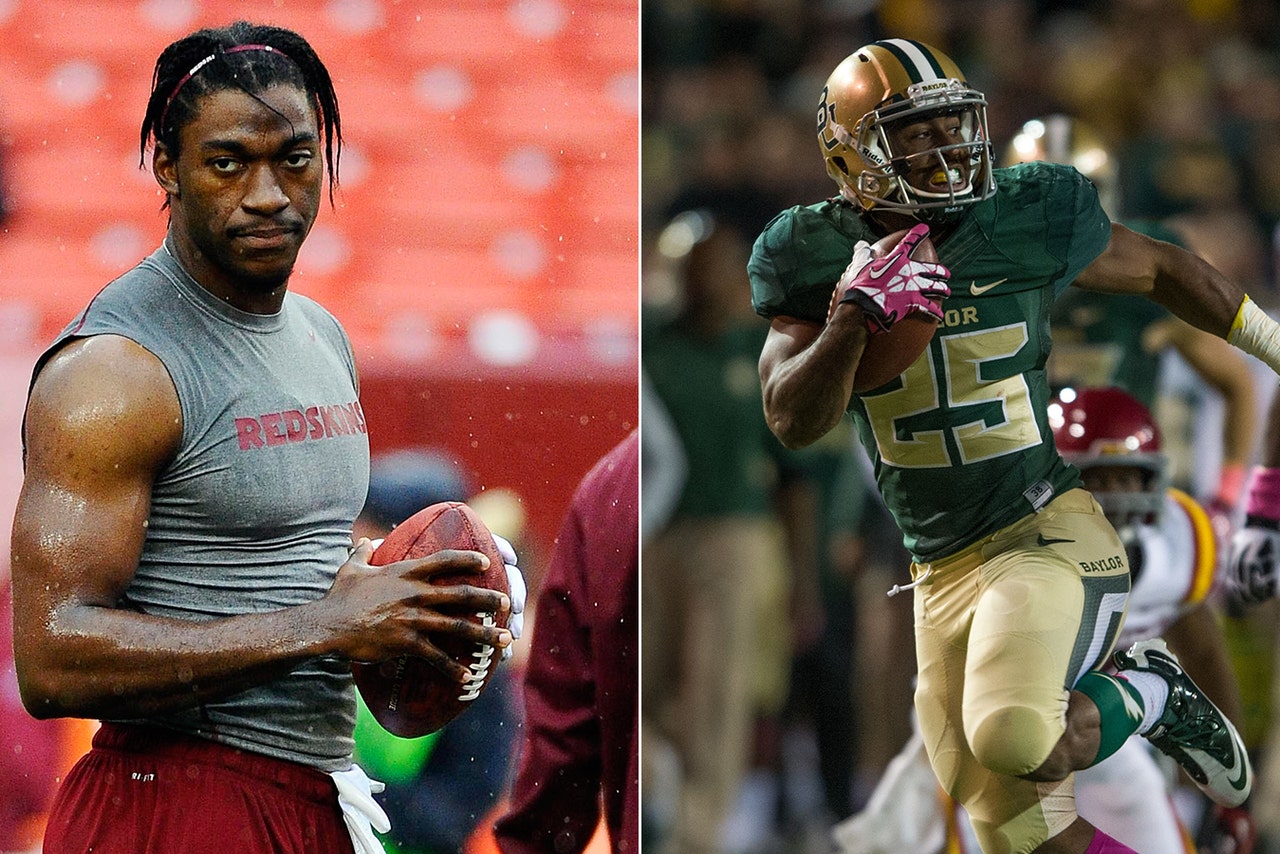 The Washington Redskins are getting more help from one of college football's most explosive offenses.

Baylor running back Lache Seastrunk was a sixth-round pick in the NFL Draft by the Redskins and will join quarterback Robert Griffin III in the backfield.

But this was no coincidence.

Griffin made sure Seastrunk was in his team's decision-making during the draft.

"Yeah, he was texting during the draft," Redskins head coach Jay Gruden told Comcast SportsNet. "I was trying to ignore my phone. He's a big fan of Lache and they're obviously good friends and has a lot of good things to say about him. So, I know Robert's happy and we're happy to have Lache."

@RGIII thanks family and thank you D.C nation I'm ready to get to work.

Griffin and Seastrunk never played alongside each other at Baylor, but both made big impacts in coach Art Briles' high-scoring offense. Griffin entered the NFL after winning the Heisman Trophy in 2011, and Seastrunk transferred to Baylor from Oregon the following season.

Seastrunk rushed for 2,189 yards and 18 touchdowns in his two seasons in Waco, Texas.

Inside The Patriots' Shocking Decline
Something has changed in New England and it has done so with stunning rapidity, Martin Rogers writes.
12 hours ago

Playing Favorites In Week 8
A big-time NFC West clash leads Week 8, and Jason McIntyre's riding with the Seahawks in his parlays and teasers.
16 hours ago

MVP Watch: Brady Enters Fray
Russell Wilson has a firm lead in the MVP race, but a three-time winner with an unrivaled pedigree is creeping up the list.
19 hours ago

Newton's Flaw
After starting the season on a high, Cam Newton has come back down to earth ⁠– hard. Can he and the Pats salvage the season?
21 hours ago
those were the latest stories
Want to see more?
View All Stories
Fox Sports™ and © 2020 Fox Media LLC and Fox Sports Interactive Media, LLC. All rights reserved. Use of this website (including any and all parts and components) constitutes your acceptance of these Terms of Use and Updated Privacy Policy. Advertising Choices. Do Not Sell my Personal Info