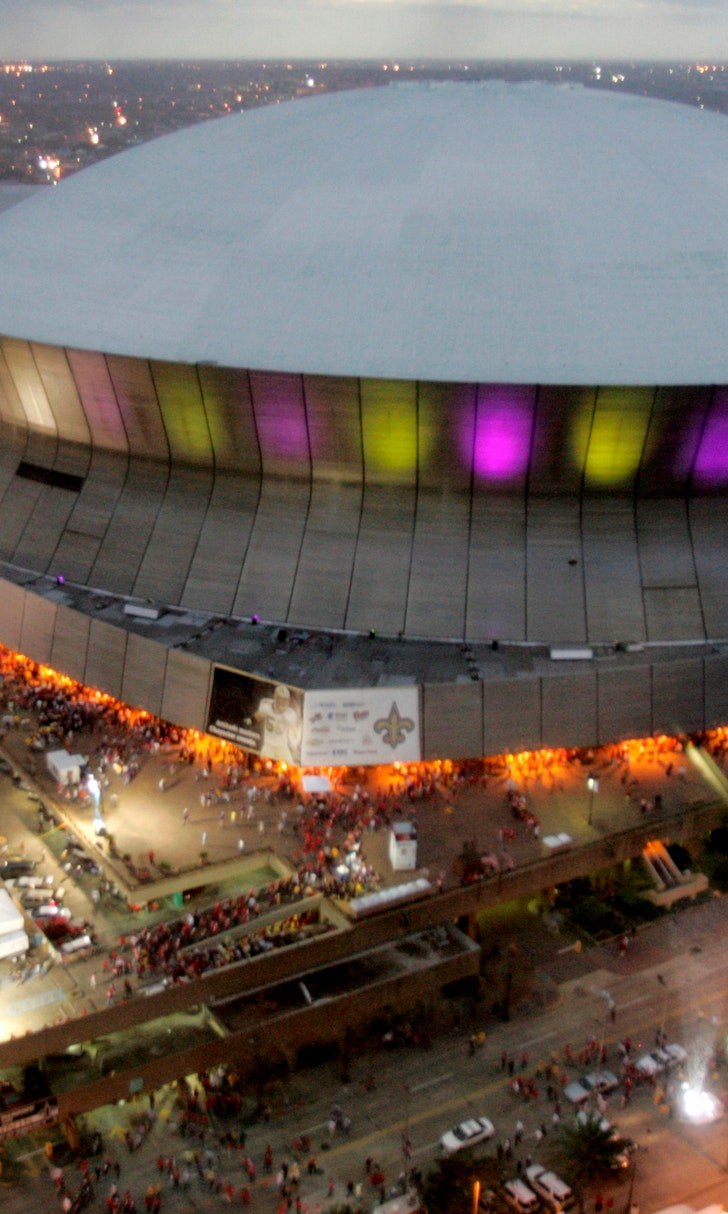 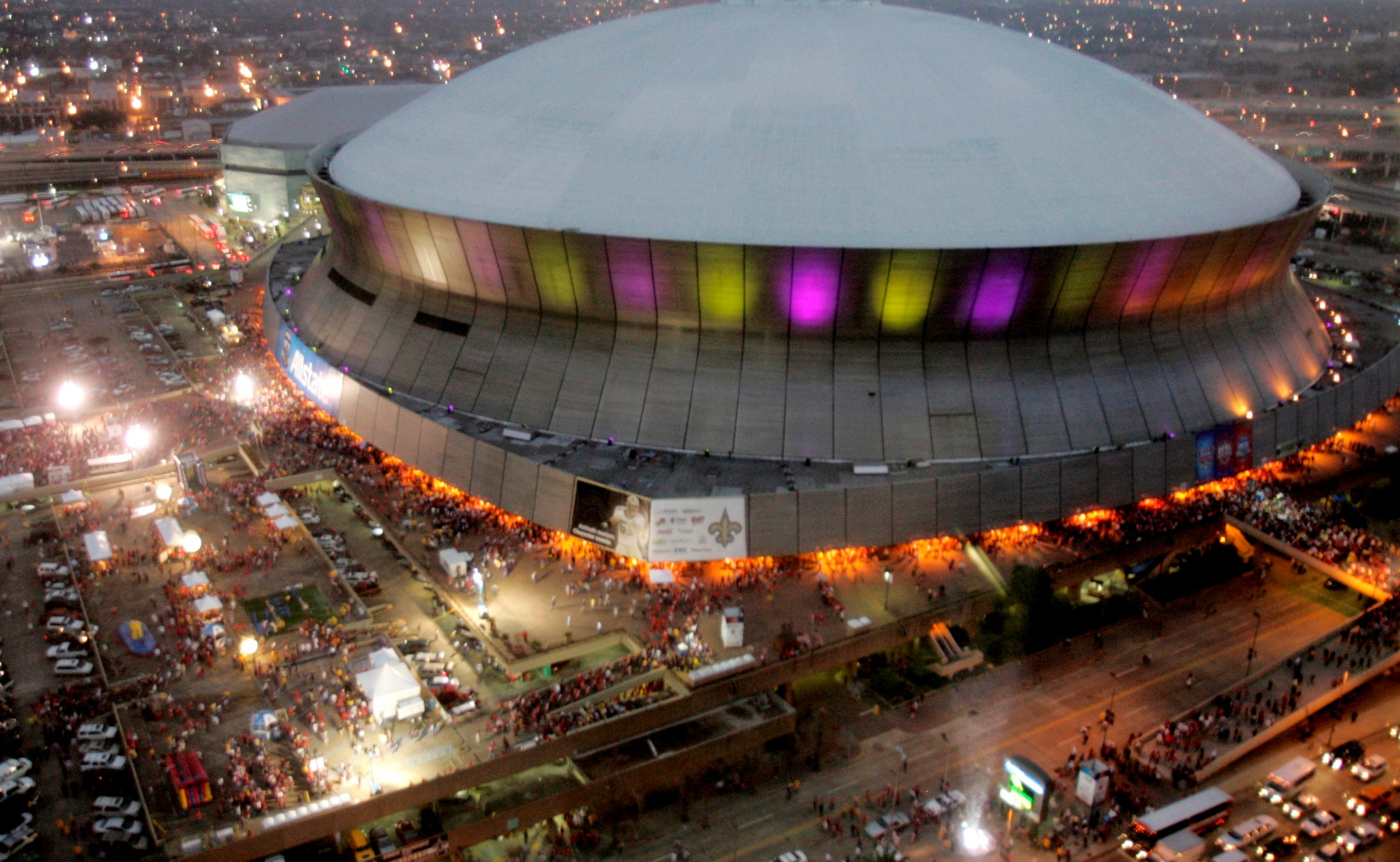 New Orleans Superdome to be renovated before 2024 Super Bowl 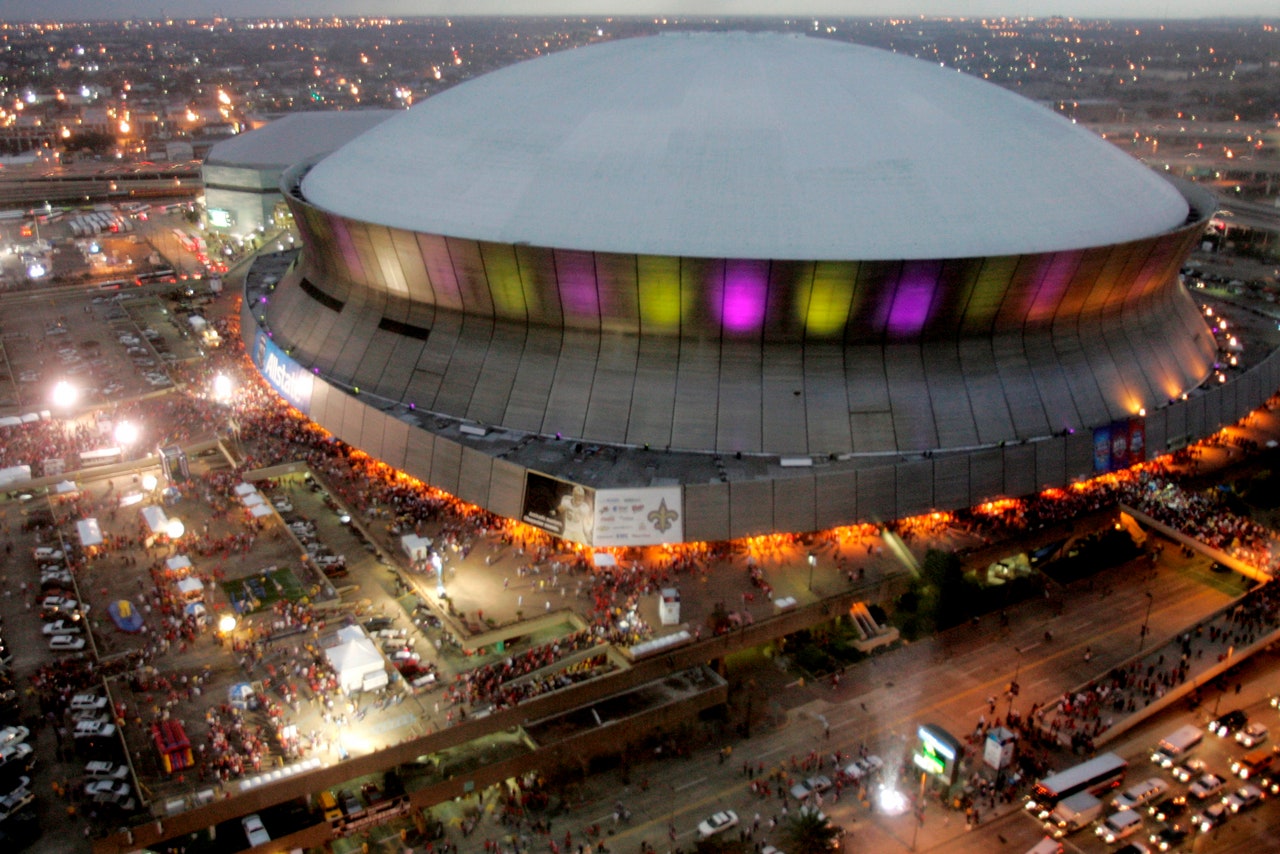 BATON ROUGE, La. (AP) — New Orleans' iconic Superdome, home to the Saints football team and a symbol of the city's revival after Hurricane Katrina, will undergo a $450 million facelift, under a financing plan approved Thursday that is aimed at keeping the NFL team in Louisiana for decades.

Construction is expected to take four years, working around football and other event schedules, but will be completed before the Superdome hosts its next Super Bowl in 2024, said Doug Thornton, a New Orleans-based executive for SMG, which manages the facility.

The Superdome renovations are part of Gov. John Bel Edwards' ongoing negotiations for a new state contract that could extend through 2050 with the Saints, a team whose popularity has soared with record-breaking quarterback Drew Brees and whose relationship with New Orleans has tightened through years of hurricane recovery.

Borrowing plans to pay for the upgrades won unanimous backing Thursday from the State Bond Commission, a panel of statewide elected officials and lawmakers. The state, the Saints and the Superdome management district will share in the borrowing repayment, with the state covering $90 million, the Saints putting up $150 million and the district paying $210 million.

Lawmakers will have to determine how to pay for the state's share. The Superdome management district — the Louisiana Stadium and Exposition District — will cover its portion of construction costs with a local hotel tax dedicated to its operations and revenue it receives from events at its facilities, Thornton said.

Louisiana's current contract with the Saints, negotiated by former Gov. Bobby Jindal's administration in 2009, runs through 2025. Edwards, seeking re-election to a second term this fall, is trying to strike a new 15-year deal with the team, with a 15-year extension option.

"Following today's action, I believe that in short order, we will finalize a long-term lease extension that keeps the New Orleans Saints in the Superdome for many years to come," the Democratic governor said in a statement. "This is good economic news for the city and our state."

The stadium in downtown New Orleans — which also serves as home to college football's Sugar Bowl — opened in 1975. The 73,000-seat facility has gone through several renovations, including a massive rebuild after Hurricane Katrina wrecked the building, ripping away part of its roof, in August 2005.

After the levees failed during the hurricane, thousands of evacuees escaping flooded neighborhoods crowded into the Superdome. The storm-ravaged facility filled with mold, water and muck, threatening to serve only as a reminder of Katrina's misery.

But hundreds of millions in renovations, a reopening in 2006 and the Saints' Super Bowl-winning season a few years later helped the Superdome become a symbol of New Orleans' recovery. Millions of dollars in additional improvements followed.

While other NFL cities have been building new stadiums, Lauscha said that's not needed in New Orleans, as long as investments continue into the Superdome.

"Overwhelmingly, people like the Superdome. So, that's our home. We love it, too. It serves us very well," he said.

It's unclear what other terms the Edwards administration is renegotiating with the Saints.

Louisiana no longer pays direct cash subsidies to the team, as it did under a prior deal reached by former Gov. Mike Foster, but the organization receives many other inducements from the state.

The Saints keep money from concession sales and parking at the Superdome, the NFL organization is exempt from state sales tax and it retains the revenue generated by the sale of naming rights for the Superdome. State agencies also pay more than $8 million a year to rent downtown New Orleans office space from Benson.

How To Win $100,000 In NFL Week 13
Before he makes his Super 6 picks for this week, Jason McIntyre compares the top teams in the NFL to pop culture.
17 hours ago

Mahomes, Hill Torch Tampa Bay
Also, Denver has a nightmarish day at quarterback, and the Niners sweep the Rams for the second straight season.
4 days ago

What You Need To Know To Win $100,000
NFL fans have a chance to win big absolutely for free this week. Jason McIntyre navigates a landscape full of backup QBs.
4 days ago
those were the latest stories
Want to see more?
View All Stories
Fox Sports™ and © 2020 Fox Media LLC and Fox Sports Interactive Media, LLC. All rights reserved. Use of this website (including any and all parts and components) constitutes your acceptance of these Terms of Use and Updated Privacy Policy. Advertising Choices. Do Not Sell my Personal Info