Clippers forward Jordan Hamilton is going to do something he never imagined doing when he was a basketball star at Compton Dominguez High School in Los Angeles.

Hamilton, who was signed by the Clippers in February, wants to share his experience as a student athlete who went undiagnosed with ADHD (Attention-Deficit/Hyperactivity Disorder), until his junior year of high school at Compton Dominguez.

The 24-year-old Hamilton, who played sparingly in 14 games for the Clippers, hopes others can benefit from sharing his story, which he's writing with his mom, Karen, and, dad, Greg.

"I'm in the process of coming out with a book about helping me and showing other kids there's nothing wrong with having ADHD, especially in the inner city," Hamilton said. "A lot of kids don't get tested."

That was the case for Hamilton, who first attended Dorsey High and excelled in basketball but couldn't figure out why he struggled so mightily in the classroom.

His ninth-grade year was the worst as he was failing classes. It got to the point where his parents made him stop playing basketball in an effort to concentrate on his school work.

"My grades were so bad at one point, I didn't think I was going to make it through to college," Hamilton said. "My grades were that bad. I just couldn't figure out why. When I figured out it was ADHD, that cured a lot of my problems."

"That part was pretty difficult. Sometimes, we were just putting him on punishment unjustifiably because you think he's just acting out," Karen Hamilton said. "You don't know what's behind it. What's helpful is we recognized another son with it later on helped and identify it."

"We don't like medication very much, and we tried not to keep him on it very long," Karen Hamilton said. "We tried to do things like change his diet and help him get breaks in between studying so he didn't have to sit still for long periods of time ... With basketball, he was constantly moving. He was good at it, and he found something he loved. He was was excelling in it at same time and remembering things as a result."

Basketball was Hamilton's refuge, a place he felt more comfortable than the classroom. 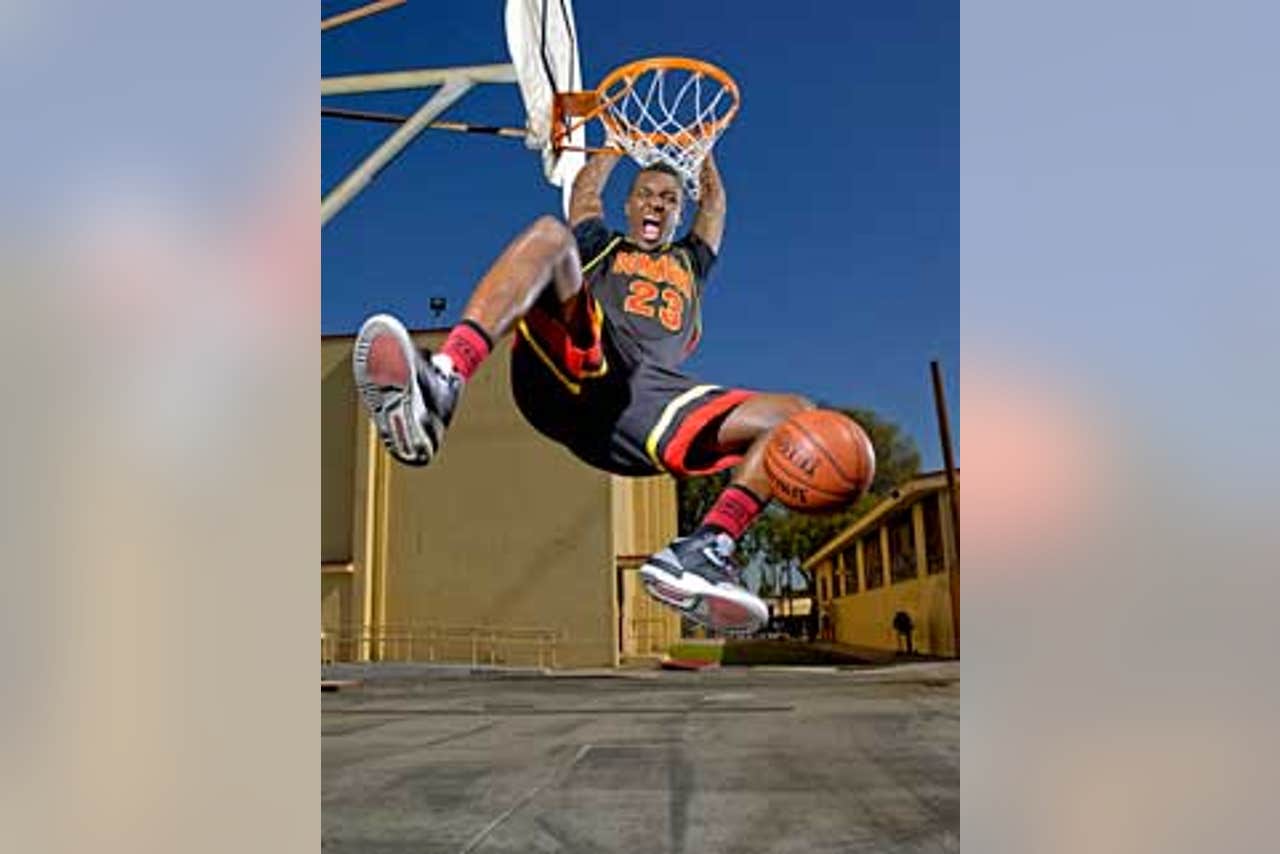 Jordan Hamilton is his most comfortable envirornment -- the basketball court.

"My husband, because of the flexibility with his job at the time, spent more time putting in hours at the school and seeing what resources were available. There was a disconnect once he got to school. At home, we were trying to find out what's going on. That was really grueling and my husband put in a lot of hours with it."

Four of the Hamilton children went on to earn Division I athletic scholarships, and Isaac is currently playing basketball at UCLA.

Hamilton left Texas after two years, but he plans to go back to school to earn his degree.

"I was a little bit behind the 8-ball because of ADHD," Hamilton said. "I think it's a serious thing. Most people don't understand that. People called me stupid and dumb. I was always tough-skinned. I didn't let it bother me. But it was tough at time. Even now, sometimes I might forget something at shootaround. My teammates might look at me crazy. They don't know. I don't take any offense to it."

Hamilton was a first-round selection by the Dallas Mavericks in 2011. Since then, he's been with many organizations in his young career, including Denver, Houston and now Los Angeles. It's unclear whether the Clippers will sign him for the upcoming season.

The 24-year-old is polite, well-spoken and well-liked by those in the Clippers organization. At exit interviews, Doc Rivers said: "And Jordan, I just don't know well enough yet to be honest. I love his character, and that's a big plus, and I know he can be a scorer. What I don't know yet is whether he can be a full player."

While his NBA future for next season is unknown at this time, his immediate future is dedicated to finishing his book.

"ADHD is a big thing," Hamilton said. "Talking about it can help."

The Man, The Myth, The Legend
Chris Broussard can't say enough about the dominance of Wilt Chamberlain in the latest edition of "You Kids Don't Know."
23 mins ago

The Kentucky Effect
The final four NBA teams have one thing in common. And it's a great sign for supporters of Big Blue Nation.
45 mins ago

Lakers Put Denver in Familiar Spot
For the third consecutive series, the Nuggets are in a 3-1 hole. Can they muster the energy to overcome The King & Co.?
12 hours ago

Meet Miami's Unsung Herro
A 20-year-old sharpshooter from Wisconsin took the NBA by storm on Wednesday. Who is he and what's his potential?
22 hours ago

Nuggets Of Wisdom
For almost every team, down 2-1 in the conference finals to LeBron would be a must-win. Not for Denver, Martin Rogers explains.
1 day ago
those were the latest stories
Want to see more?
View All Stories
Fox Sports™ and © 2020 Fox Media LLC and Fox Sports Interactive Media, LLC. All rights reserved. Use of this website (including any and all parts and components) constitutes your acceptance of these Terms of Use and Updated Privacy Policy. Advertising Choices. Do Not Sell my Personal Info