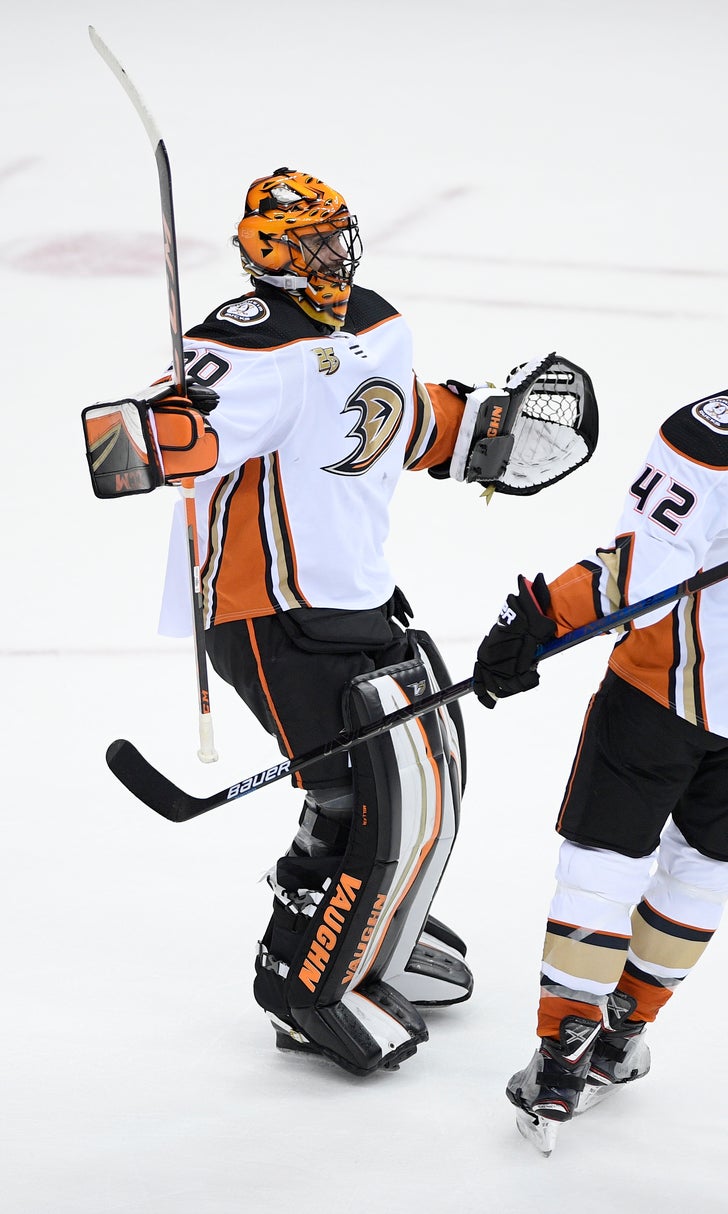 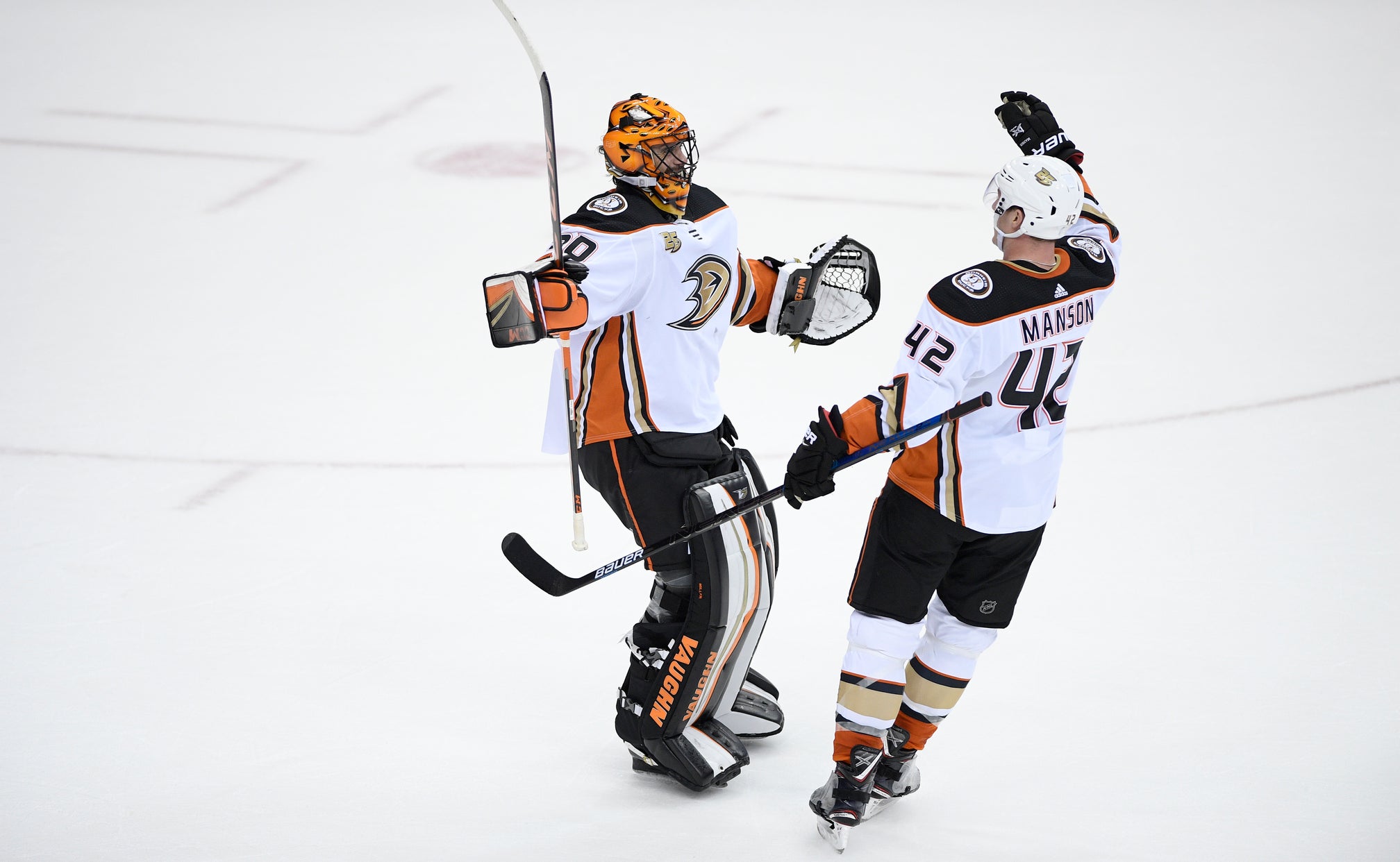 The Ducks trailed 5-1 in the second before rallying for their fourth consecutive victory. Ryan Getzlaf had a goal and two assists and Rickard Rakell had a goal and an assist in the finale of a five-game trip.

Evgeny Kuznetsov and Chandler Stephenson each had a goal and an assist for Washington, which chased John Gibson after scoring three times in the first part of the first period. Nickslas Backstrom, Tom Wilson and Nic Dowd also scored for the Capitals.

Jack Roslovic and Bryan Little also scored in the third as the Jets erased a 3-0 deficit and won their third straight. Jacob Trouba had two assists, and Connor Hellebuyck stopped 16 shots.

Marc Staal had a goal and an assist, and Chris Kreider and Jesper Fast also scored for New York. Henrik Lundvist made 39 saves through overtime as the Rangers lost for the fourth time in five games.

CHICAGO (AP) — Sean Monahan and Elias Lindholm each had a goal and an assist and Calgary beat Chicago to take the Pacific Division lead.

Derek Ryan also scored, and Mike Smith made 22 saves for the Flames. Jonathan Toews and Dylan Strome scored for struggling Chicago, which dropped its fourth straight and lost for the sixth time in seven games. The Blackhawks fell to 3-8-2 since Jeremy Collition replaced fired coach Joel Quenneville.

DETROIT (AP) — Semyon Varlamov made 24 saves for his 24th career shutout and first of the season and Colorado beat Detroit to stretch its points streak to 11 games at 9-0-2.

Nathan MacKinnon had a goal and an assist, and Gabriel Landeskog also scored.

Justin Braun, Brent Burns and Joe Pavelski scored to help San Jose improve to 13-10-5. Jones is 7-1-0 in his career against Montreal. Jeff Petry scored for Montreal, and Carey Price made 26 saves. The Canadiens dropped to 12-10-5 overall and fell to 1-3-0 on their current five-game homestand.

Quick earned his first shutout this season. Mrazek made 33 saves for the Hurricanes, who earned at least one point in five of their previous six games.