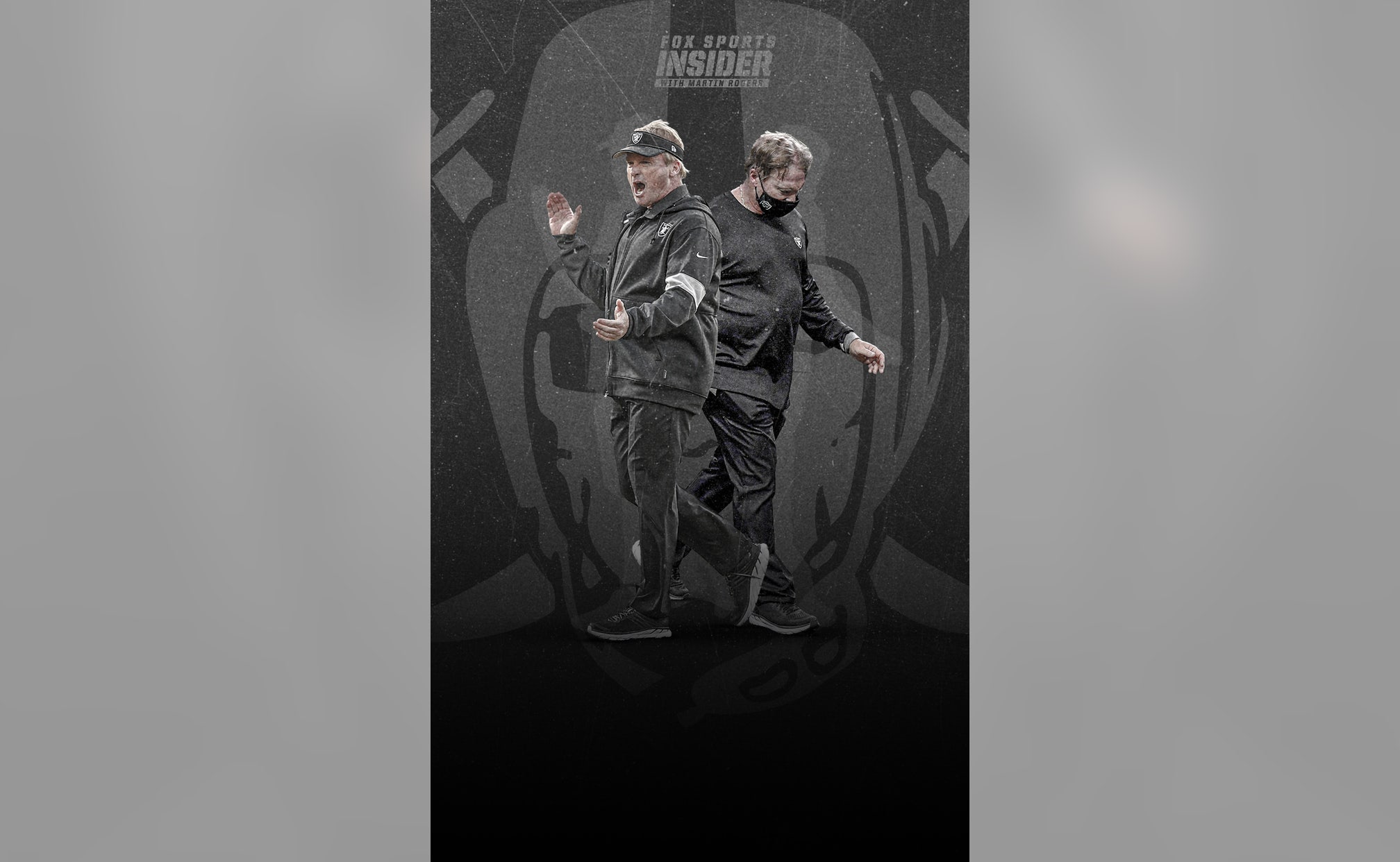 For a while now, the Las Vegas Raiders haven’t been able to decide if they are really darn good or painfully fragile and heading nowhere. Over the past few weeks, they finally seem to be making up their mind.

Spoiler alert: it seems like they are leaning towards the latter.

Going into Thursday night’s clash with the Los Angeles Chargers, head coach Jon Gruden isn’t taking questions. Let’s qualify that, he isn’t taking questions about the postseason, perhaps on the understandable rationale that unless his team can once again form a decent impression of a passably good outfit, there is simply no point.

Playoffs? No, he doesn’t want to talk about the playoffs.

“We can’t worry about the playoffs and who is winning and losing around the league,” Gruden told reporters. “We have got to take care of our business. I don’t want to hear any more playoff questions.”

Yet just a month ago, when his team gave the Kansas City Chiefs all they could handle, a trip to the postseason seemed by far the likeliest outcome. So too did it a month before that, when they stunned the Chiefs on their own field and took the team bus on a much-debated victory lap around Arrowhead afterwards. A further month prior, they knocked off the New Orleans Saints, who have the third best odds to win the Super Bowl, per FOX Bet.

All through the campaign, the Raiders have seemed destined for a highly positive outcome to their first year in Sin City, right up until the really important bit, when it all fell apart. As they prepare for the 4-9 Chargers on Thursday night (8:20 p.m. ET on FOX), Gruden’s men haven’t won a game for more than a month, not unless you count the one that was handed to them by the New York Jets, courtesy of one of the most ludicrous defensive calls we’ve ever seen.

If something is to be salvaged, the time is now. Whether they have the fortitude to do so, well, we’ll see.

“The main thing is the sense of urgency,” quarterback Derek Carr told reporters. “We understand we could have made it easier on ourselves the last couple of weeks going on this stretch run, but we haven’t. But the fact is that we still have a chance and if that doesn’t get you going then I don’t know what will.

“There is a lot of crazy stuff going on with everything and we can look at a whole bunch of excuses or we can look at it as we have a heck of an opportunity.”

The decision this week to fire defensive coordinator Paul Guenther and replace him by elevating Rod Marinelli probably fits the category of necessary more than crazy, with the Raiders ranking 30th in points allowed (391), 25th in yards allowed (4,994) and 29th in yards per play (6.0).

On the other side of the ball, Carr has done a decent job, while Josh Jacobs ranks eighth in the league in rushing and Darren Waller is entrenched as an elite tight end.

And remember, they’ve beaten the defending Super Bowl champions, the high-flying Cleveland Browns and the largely-dominant Saints. As well, of course, as getting mangled by the Atlanta Falcons, embarrassed by the Jets even in victory, and humbled by the Indianapolis Colts last week in arguably their most important game of the season.

“Simply put, the Raiders have been exposed over the last month,” wrote Bleacher Report’s Gary Davenport. “They might not be a bad team, but they aren't an especially good one, either. They certainly aren't good enough to knock off the likes of the Chiefs, Buffalo Bills and Pittsburgh Steelers in the AFC.”

FOX Bet gives the Raiders just as poor a chance of winning the Super Bowl as the Philadelphia Eagles and the New York Giants (+15,000) and FiveThirtyEight.com gives them just a 15 percent shot to find a spot in the seven-deep AFC playoff field.

Yet if the team could somehow revisit its early season form, it wouldn’t take so much of a stretch for the postseason to once again come into view, with remaining games that they should win (vs. Chargers), could win (vs. Miami Dolphins) and must win (at Denver Broncos).

Three victories, plus a little bit of help elsewhere, and they’d be in. If they did somehow get there, things could get interesting. Because for all their lost weekends, the Raiders have shown on at least three occasions that they can occasionally live with – and outplay – the better teams in the league.

Gruden will point to injuries and COVID-19 absences as a reason for their struggles, but the truth about the Raiders is that they are a weird team that doesn’t know the meaning of the word “consistency.”

And for as much as everyone else can try to parse deeper meaning behind what is going on, it was Gruden himself who hit upon the right kind of simplicity.

“We (have) had no answers,” he said. “We had better find some. We are running out of time.”

Get more from Las Vegas Raiders Add to your favorites to get information about games, news and more.
in this topic 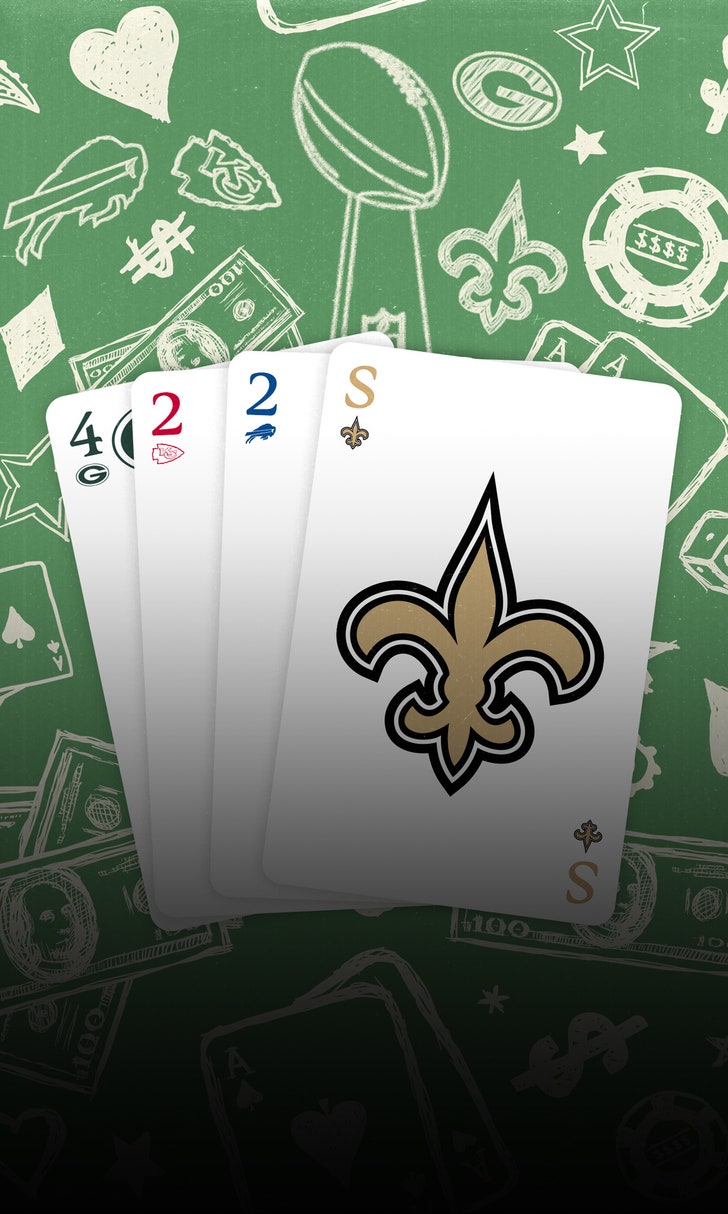 Last Call On NFL Futures
Week 17 is the ideal time to bet on Super Bowl futures. Sam Panayotovich breaks down everything you need to know.
December 30, 2020