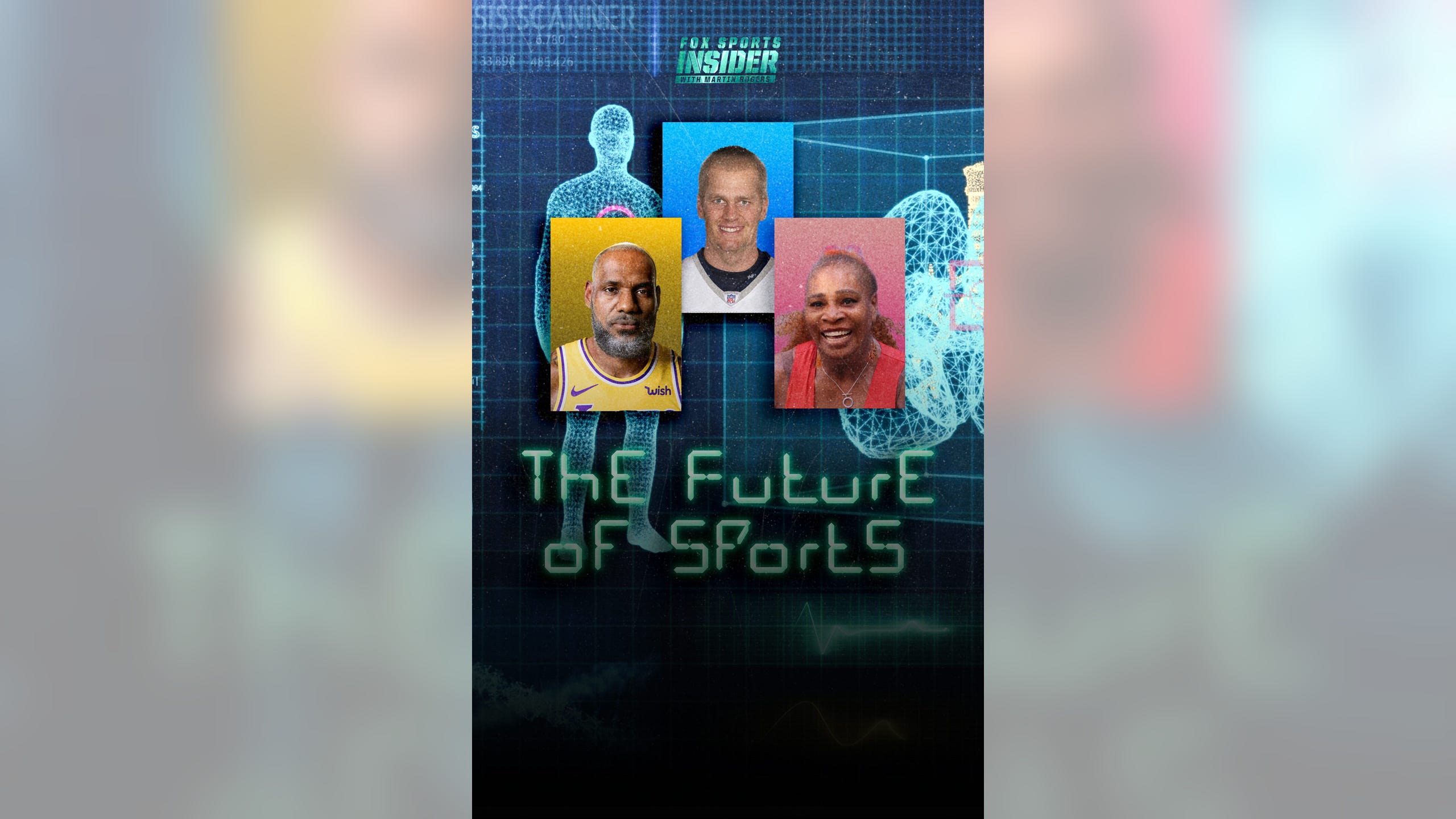 A fascinating look into the future of sports

Maybe Tom Brady, 43 years old and still mixing it up at the highest of level, isn’t such an outlier after all.

For sports are getting old. And they’re about to get even older.

Modern truth, of course, tells us that Brady is indeed an extreme rarity, able to conjure Super Bowl-winning productivity at an age when most quarterbacks have long since put the playbook into cold storage.

Yet he might not always be. As time ticks forward and medical science and sporting perception shift with it, it is entirely possible that the way future generations think about Brady's recent masterpiece in Tampa Bay will be with a slightly lessened sense of wonder.

"Quarterbacks will definitely continue to get older and … the average age is really going to start rising," Josh McHugh, Editor-in-Chief of the Future Of Sports told me. "People are going to be able to turn back the clock on their body tissues. There is this new biotechnology of telomere maintenance …"

Back to that in a bit.

The Future Of Sports was a 2016 report that took a remarkable look at how emerging technologies and progress trends would influence the way athletics are played, judged, consumed and enjoyed over the coming decades.

Five years later, it is still a hugely entertaining read and, in some ways, the coolest kind of science fiction – both futuristic and fantastically imaginative, yet with each prediction based on solid science and countless interviews with academics and futurists.

We won’t get too deep into the scientific weeds here, but to cut a biological story short, the ways science is rapidly progressing to aid human health will have a profound effect on what athletes — and, by extension, all of us — believe is possible.

OK, so about those telomeres. In layman’s terms, they are caps on the ends of your chromosomes that eventually start to fray, at which point the aging process really kicks in. Medical experts now believe it is possible to delay and even reverse the process, offering a potential game-changer for the human race, not to mention the games we love.

Stem cell developments have the scientific community breathless for their multiple applications, with a practical sports use being the treatment of joint issues, the cause of so much discomfort and difficulty in older athletes.

"The reason you stop playing and being excited to get out there is that you’re in pain a lot more," McHugh told me on a Zoom call last week. "Your joints start to become more easily inflamed. The stem cell therapies bring fresh cells and allow you to clear out the old ones faster."

Surgical advancements have and are expected to continue to change the face of ACL and MCL injuries, for so long potential career-enders. Meanwhile, food technology — and the idea that what we eat can heal the body — appeared to help Brady and is a model likely to be copied.

The flip side is how much more information is available to younger athletes, through visual aids and game footage, plus the increasing use of virtual reality training.

"Back then, we thought it might be a race," McHugh added. "That you’d get a rookie with the experience base of a 35-year-old and a 45-year-old with the body of a 25-year-old."

Yet McHugh believes the odds skew toward the old-timers, especially in sports (or positions such as QB) in which the mental aspect in high. He expects to see more high performers "up into the LeBron [James] and Serena [Williams] years."

Tennis provides a telling example. In 1990, half of the world’s top 10 women were teenagers. At the time this report was commissioned, there were just three teenagers in the top 100.

Reproductive technology has also afforded women more options, allowing them to focus on their careers and have children at a later age, creating a larger window of competitive opportunity.

Beyond its direct impact on athletes, the report had some seriously cool ideas. It imagined spring-loaded, carbon fiber basketball floors to reduce injury and add height to a player's vertical leap, augmented reality to allow life-sized, 3D replays and stadiums with extended fan zones hosting up to 250,000 spectators, with lower footprints thanks to the space saved by self-driving, self-parking vehicles.

Even then, the most intriguing aspect of how sports might look could come in how longer careers shape existing records and how we feel about them.

Seven Super Bowl titles is always going to be a mighty number, but would it seem unattainable if a QB career of 25 years starts to become standard?

How would Michael Jordan’s haul of six NBA titles or Wilt Chamberlain’s staggering stats look if an NBA career spanning 20 or more seasons becomes the norm? What about home run and hit records if baseball players are still out there swinging their bats as they near the age of 50?

Furthermore, how much more difficult does it become to break into any major league when there are fewer players retiring after each season?

There are a lot of questions. For the true answers, we will have to wait until the future arrives.

McHugh has never stopped thinking about what’s next for sports, even while working on other projects, such as the Future of Medicine and an upcoming look into youth sports, which he hopes will become more egalitarian over time.

He sees pickleball becoming a big thing and the sport of choice for millions of members of a still mobile, aging population, and he’s proud of the things his predictions got right, such as the explosive growth in esports and the rise in player activism and its ability to influence public opinion.

There was also one prediction McHugh wishes had turned out to be completely wrong. "We predicted a global pandemic," he said, with the report believing an outbreak was inevitable because of the scale of worldwide travel and predicting that pathogen checkpoints would need to be implemented. "Not glad about that one."

That part is kind of mind-blowing, but gazing into the sporting stars is part of what makes the games we enjoy special. We’ll continue wondering about stadiums that look like they came from a movie, technologies that bring sports closer to video games and video games that become more like real sports.

And who knows? Maybe a 52-year-old quarterback with nine rings who feels like he’s 30 and looks like it, too.

Sports never truly get old. But they’re getting older.