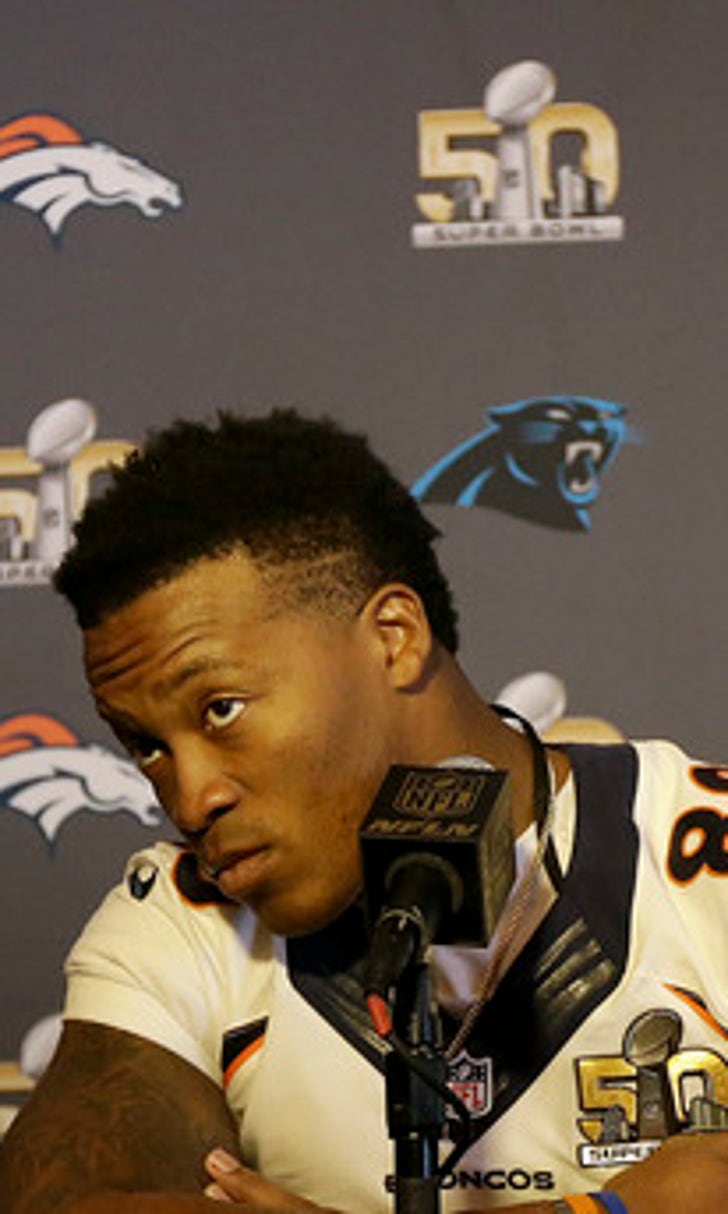 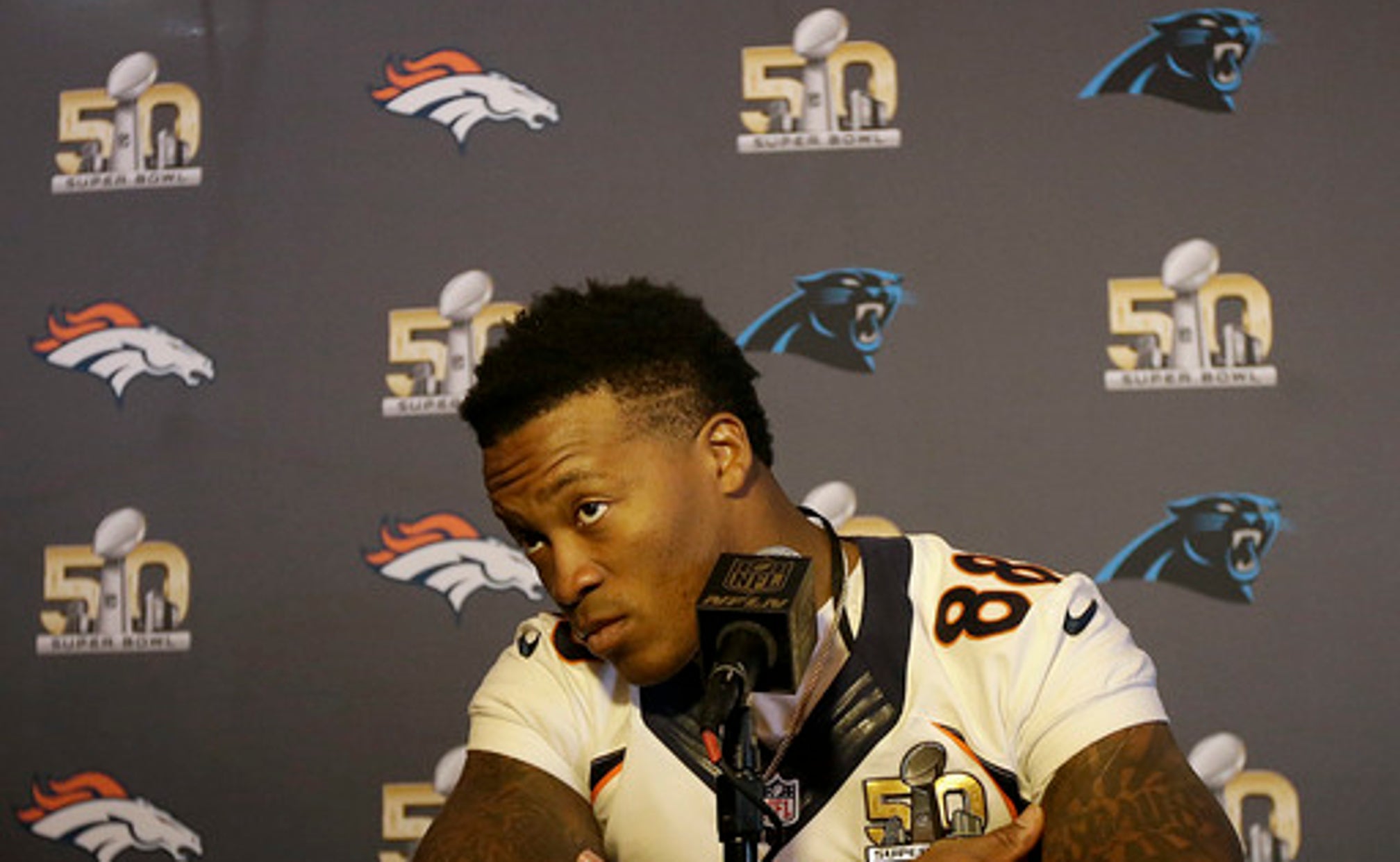 Thomas' mom to watch from the stands, not the cell this time 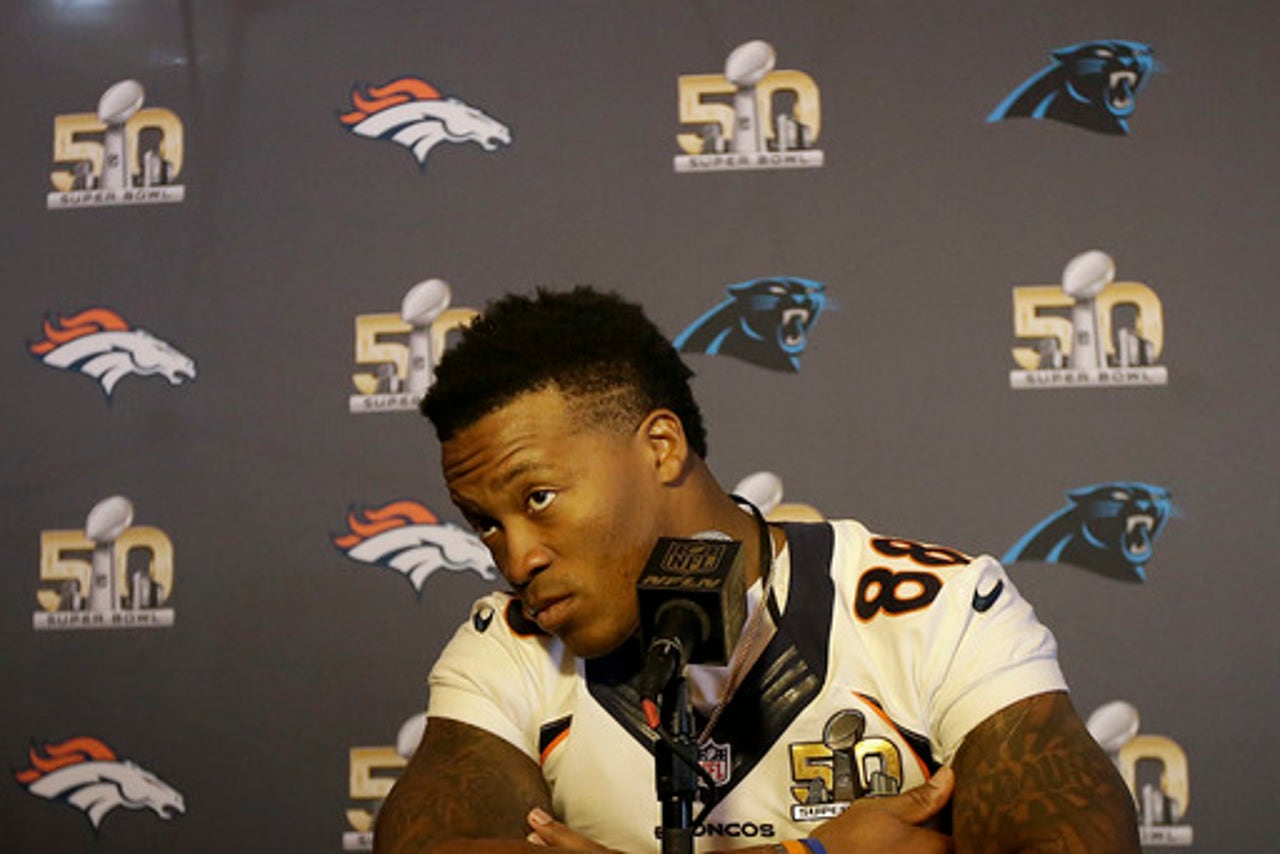 SANTA CLARA, Calif. (AP) Demaryius Thomas's mother will watch the Super Bowl from the stands at Levi's Stadium, decked out in an officially licensed orange No. 88 jersey.

The last time the Denver Broncos played in the Super Bowl, Katina Smith and her mother wore jerseys that they had crafted from strips of tape as they watched the game on their prison TV

Smith was released five years early from that minimum-security prison in Florida last summer as part of President Barack Obama's push to reduce the prison population of non-violent drug offenders.

She'd been serving a 20-year sentence after refusing to testify against her mother, Minnie Pearl Thomas, who is serving life.

The first thing Smith asked Thomas for when she got out was a Sony Walkman.

''I don't even know if you can find a Walkman right now,'' Thomas said.

He got her an iPhone instead and soon she was texting like a teenager and calling all the time.

''She's getting used to things a lot faster than I expected,'' the star receiver said. ''Oh, she knows how to text now. She uses emojis and all that, Facetime and all that. She caught up quick. The funny thing is she still turns off her phone to charge it.''

Thomas still worries about his mother as she navigates modern life outside the lockup.

Smith just learned how to drive again, and satellite radio and GPS guidance systems weren't around to distract drivers back in 2000. Cell phones weren't quite an umbilical cord to the world yet. Binge watching wasn't a thing.

Smith is no longer confined to that 20-by-20-foot concrete cell, but sensory overload sometimes imprisons her now.

''I know it's not easy for her,'' Thomas said. ''She gets panic attacks sometimes. I understand that. She's been gone a long time. I do worry about her. I told her she'd be fine. That's why I'm going to try to keep her in the hotel most of the time up until the game because she was in a long time.''

She will be surrounded by family in the stands. ''My daddy won't let nobody bother her,'' Thomas said.

Thomas's last trip to the Super Bowl was both fantastic and forgettable.

He set a Super Bowl record with 13 receptions (for 118 yards), including Denver's only touchdown. But it was rendered a footnote by Seattle's 43-8 shellacking.

Back in Denver, GM John Elway said, ''If we all played like he did, we'd have won.''

''I'm sure we would have,'' Thomas said this week. ''That game was about turnovers, putting the defense in bad situations. Hopefully that doesn't happen this time.''

Thomas came up big that night despite absorbing a huge hit from safety Kam Chancellor that knocked him backward on his first catch.

''It was a big hit, it set the tone for them, I think,'' Thomas said. ''Because I'm sure that nobody on my side of the ball expected him to come up and hit like that.''

Playing so well on the worst night of his professional life was ''weird, very weird,'' Thomas said, ''because most of the time I have a good game, the offense does good. We had one touchdown that game. So, this time I'd be excited to have four or five catches for 30 yards, if we get the win.''

Thomas said he needs to have a bigger impact than he's had in the playoffs so far.

He caught just two passes for 12 yards in the AFC championship against the Patriots and he had four receptions for 40 yards against Pittsburgh a week earlier - the first time his mother had ever seen him play a football game in person.

After Peyton Manning took a knee in victory formation against the Steelers, he handled the football to Thomas and asked him to give it to his mother.

Two years ago in the Super Bowl, Thomas' mother called him after the game.

''She said keep your head up, you'll get another chance,'' Thomas recounted. ''And we got another chance right now. I never thought she would be coming to see me play in the Super Bowl, though. It's like a dream. It's a blessing. I'm excited. She's excited. We're all excited.

He doesn't want any more condolences from his mother, just a celebration with her.