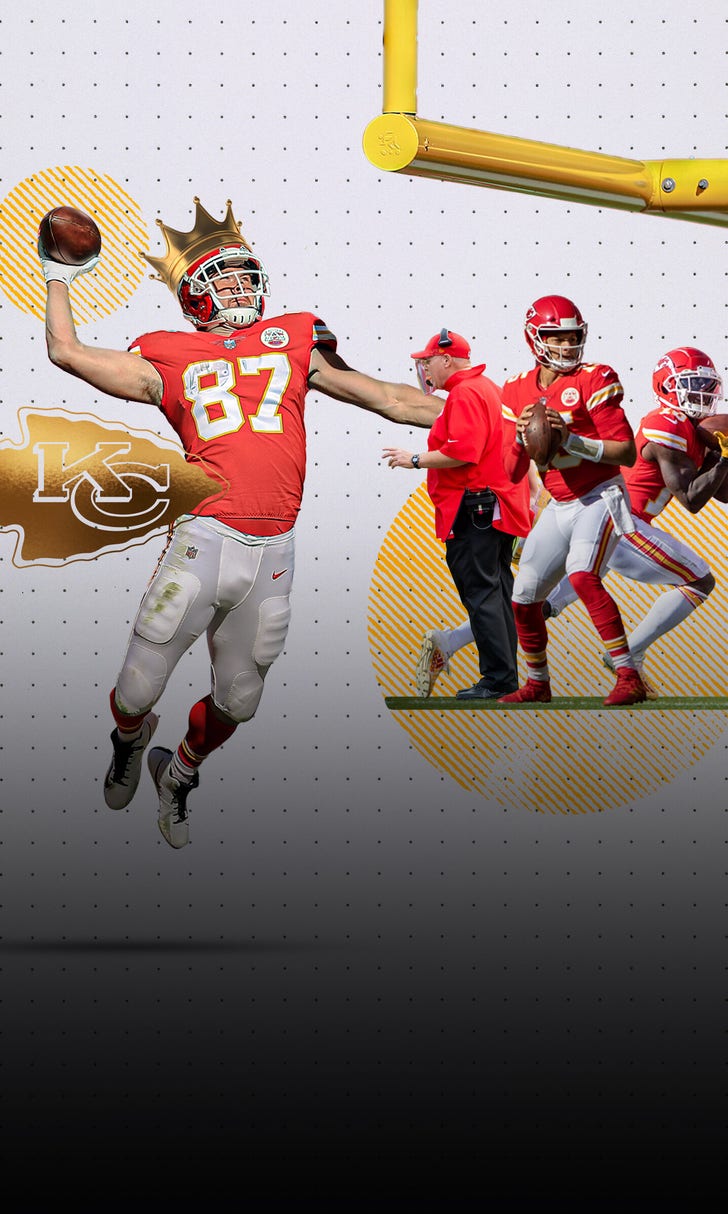 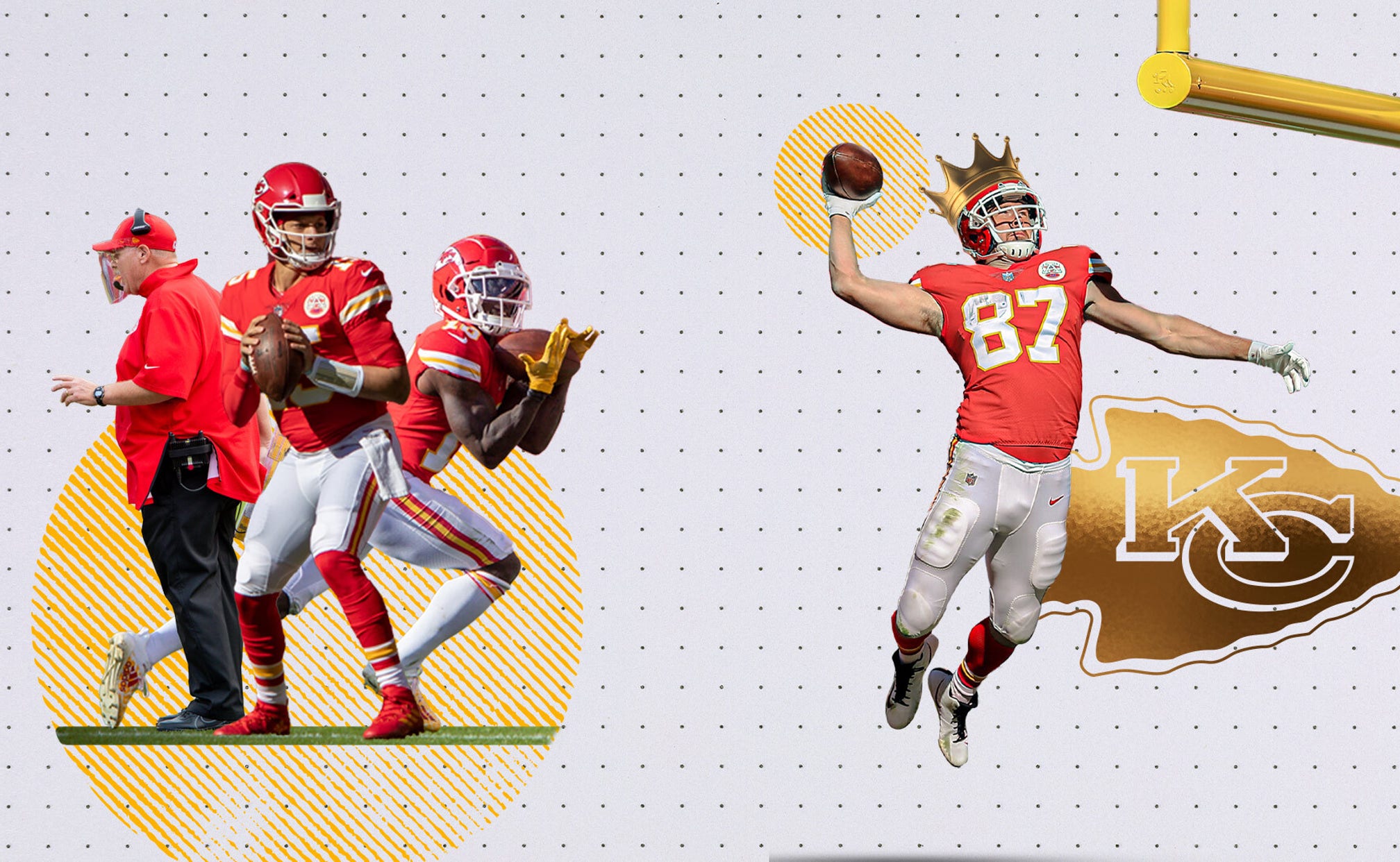 The Only Elite Team In The NFL

Well, Week 9 of the NFL season is almost in the books.

Speaking of books, the sportsbooks cleaned up this weekend, continuing a trend from last weekend. We saw plenty of favorites play poorly, and it’s getting more difficult to find elite teams in the NFL.

Who wins the NFC?

I can’t recall another season where the favorite In any conference could change week to week so late in the season.

Last season, we knew the Chiefs and Ravens were the two big dogs in the AFC. In the NFC, it was the 49ers, Packers and Saints. Right now, the NFC is wide open, with plenty of teams believing they are in the conversation.

The New Orleans Saints have now dominated the Tampa Bay Buccaneers twice in the first nine games of the season. They have a commanding tie breaker in the standings. Everyone, including myself, thought Drew Brees' arm was dead, and while he doesn’t attempt lots of deep passes, he’s still extremely efficient.

Their defense has had their bad moments this season, but easily had their best game of the season against Tampa Bay on Sunday. In fact, the first 30 minutes of that game was the best I’d seen a team play for any stretch of time this season. The Saints playing like that could win the conference, even though they’ve underachieved the last two seasons in the playoffs.

I’ve given up trying to figure out Tampa Bay. Their efficiency numbers are fantastic, but they just don’t meet the eye test. And while they have the talent on offense and defense to win the conference, I don’t see their best for long periods of time.

Maybe Brady and Arians are still trying to get in sync, but they better figure out the offense soon. On defense, the Saints just crushed them, but it happens. I’ll give them a break on that. But again, I don’t trust them every week yet.

The Green Bay Packers are outstanding on offense, but their defense can’t stop a nose bleed against a decent offense. They’ve been punched in the mouth by the Bucs and Vikings this season, and had no answer on defense to stop the onslaught.

They’d say the answer is Aaron Rodgers, but in those games the offense wasn’t as special as we’ve seen in their wins. They don’t play as well from behind. Is their defense going to have a magical run in January? I’m not so sure.

Russell Wilson wasn’t cooking as usual, but I do not expect their offense to slow down. But just like the Packers, I can’t trust the Seahawks to win multiple playoff games with their defense.

So who’d you put your money on right now?

The postseason bye will determine who wins the NFC. The new playoff format features seven teams in each conference, with only one getting that bye now. There hasn’t been a team to reach a Super Bowl without a first round bye since 2012.

There’s only one elite team in the NFL

The Chiefs have won 17 of their last 18 games dating back to last season and including their playoff run, and they’ve covered a majority of those games.

This season they’ve looked bored at times, but they can always turn on that extra gear and score at will. They’ve played their best as a team this season in Baltimore, and they smoked the Ravens. Their efficiency numbers are fantastic – and they are the best team in the NFL.

The team who fans would like to be elite is the 8-0 Pittsburgh Steelers, but I just can’t do it right now. I’ve been high on them this season; I also continue to worry about the passing game. It’s not explosive enough to win in the postseason.

For as good as their defense is, the Chiefs would score 24-28 points on them. Can the Steelers match without forcing turnovers and giving their offense a short field? I don’t think so right now.

The Steelers have the weapons to have a more downhill passing attack, and they need to find the best way to get this done. Their defense is elite enough to win a Super Bowl, but their offense isn’t. That’s what is holding them back.

The House Cleans Up

Those large hotel towers in Las Vegas aren’t built by the casinos losing money. And after the past two NFL weekends, they will have more money from the sportsbooks to build another tower, as all of the top public-backed teams failed to cover.

Quick aside: a public-backed team is a side or total where the majority of the public wagers on that line. Sharp gamblers, the ones who wager for a living, don’t gamble with the public. Public plays are often inflated lines that offer no value with teams that sit atop the standings and/or the most popular teams in the NFL.

The public wants to bet on the best teams in the NFL. Who wants to wager on the 2-6 Cowboys to cover against the 8-0 Steelers, after all? The sharp players look at taking the other side of those wagers, as those lines present more value and those public wagers don’t often win.

Sunday was another excellent display of this. The teams with the most public money all came up short against the spread, and they were the teams you’d expect the public to back – popular teams, great QBs and playing against bad teams.

Seattle was favored by 3 points and trailed in Buffalo the entire game, before eventually losing by more than a touchdown. The Chiefs were a 10-point favorite against the visiting Panthers, and Kansas City had covered 16 of their past 20 games, often as the public favorite. Nonetheless, the Panthers stayed within 10 points the entire game, eventually losing by just two.

The Steelers entered their Week 9 game against the Cowboys as a 14.5-point favorite. That’s over two touchdowns on the road. That line reeked, and it’s something a sharp bettor would never bet. Of course, the public was all over it. The Steelers barely eked out a victory in Dallas, winning 24-19. They didn’t cover.

Two weeks ago, Arizona beat Seattle and then had a bye week to rest before the visiting Dolphins came to town. The last memory we had of the Cardinals was that big overtime win, so the public went in on them. The public was wrong again. The Dolphins covered and beat the Cardinals. More towers being built in Vegas.

Just something to keep in mind as we look ahead to Week 10 and beyond.

Burrow's Road To Return
What did Joe Burrow's surgery entail? What will rehab look like? Dr. Matt Provencher answers those injury questions and more.
1 hour ago

The NFC East's Pain Is Your Gain
As he makes his Week 13 picks, Geoff Schwartz offers up a tasty wager against every single team in the "NFC Least."
22 hours ago