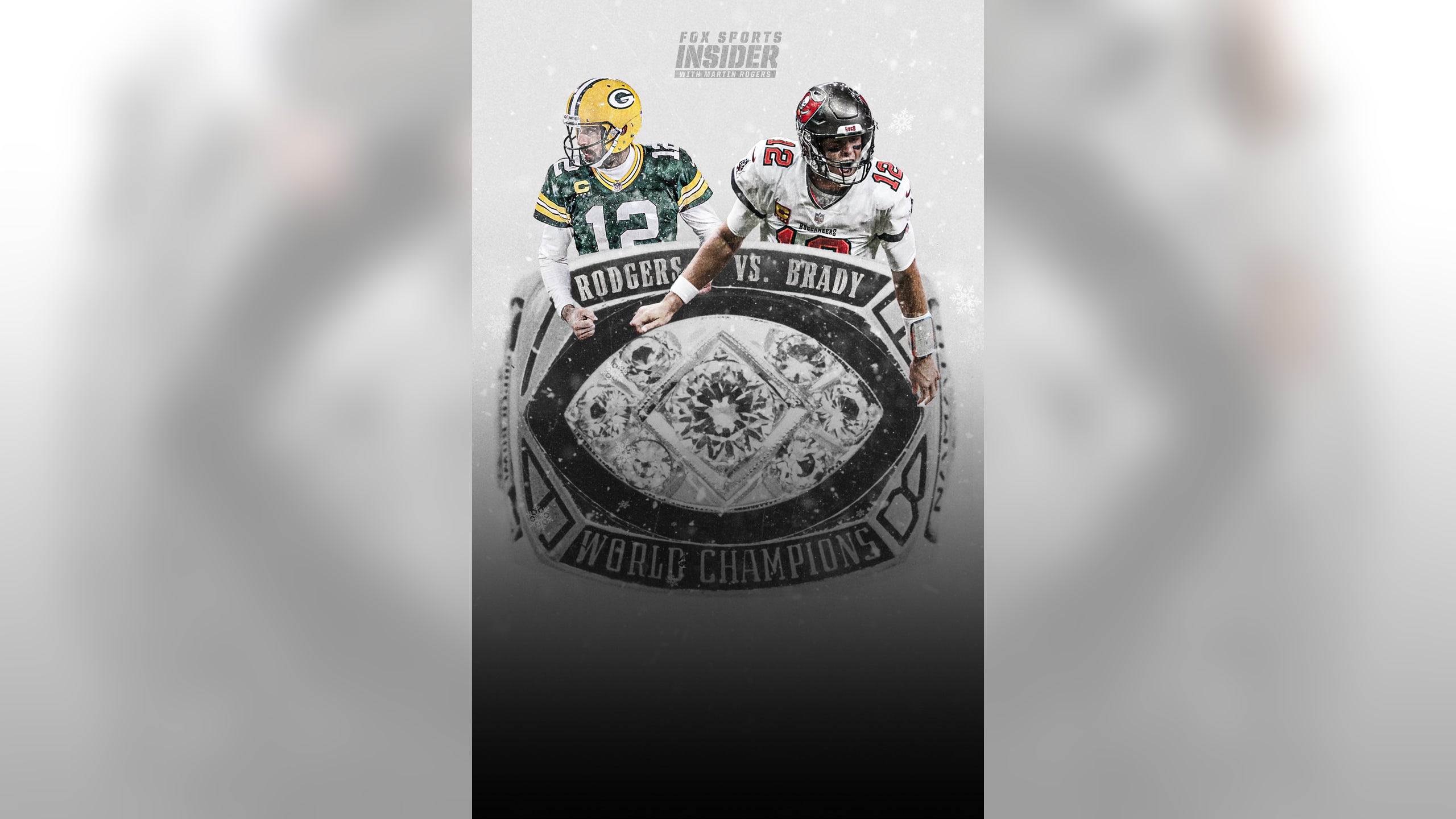 previous story
Can Buffalo Shock The World?
next story
Catching Up With The Coaching Carousel
National Football League

Exactly 14 Sundays before they do it all again in the NFC Championship Game this weekend, the Tampa Bay Buccaneers beat the Green Bay Packers 38-10.

Tom Brady enjoyed himself so much that he celebrated with a giant-sized dose of his favorite recovery smoothie, filled with hemp milk, chia seeds and all that good stuff that helps you live to 140, all while chugging from a huge, aluminum TB12-branded canister as he addressed the media.

Aaron Rodgers was able to keep his team’s "stinker" of a performance in perspective, but he admitted he’d be reaching for his preferred bottle of scotch that evening and would "add an extra finger" for good measure.

Now here they are again, and while it seemed the extensively hyped clash in Week 6 held a ton of significance, it pales in comparison to this one, with a spot in the Super Bowl and so many tangents of ramification at stake.

Brady and Rodgers have their legacies assured, but that doesn’t mean they’re exactly where they’d want to be. You don’t get to be still playing at 43 or the MVP-elect at 37 without hunger for success at a level us normal folk can’t begin to understand.

That is why it will burn Brady’s soul if his career tally of Super Bowls remains at "reached nine, won six" and why Rodgers won’t be congratulating himself for racking up a fifth championship game appearance if Sunday ends with disappointment at a frosty Lambeau Field.

There are so many ways to look at a game such as this because everything about it is intriguing, just like heavyweight matchups for the ages between GOAT candidates are supposed to be. We’ll be glued to it, of course, and given the hold football has over this country, it might be the most popular topic of debate between now and kickoff (3:05 p.m. ET Sunday on FOX), even in these times of uncertainty.

It is the kind of game you feel like you don’t just have to watch but also actually need to get ready for, just like the players. But how to do so?

Well, you can look back on what happened Oct. 18 at Raymond James Stadium for insight and agree or disagree with the conclusion Rodgers came to this week, with the perfect retort during The Pat McAfee Show.

"I'll give [the 38-10 loss] as much credence as [Tampa Bay] gave that 38-3 game," he said. "Which obviously meant nothing to them when they went and beat the Saints on Sunday."

Rodgers, of course, was referencing how Brady & Co. were not fazed by having been outplayed by New Orleans in the regular season before knocking the Saints out in the divisional round last week.

How else to gear up for game day? You can talk about who will carry the most heat and burden into gameday, as FOX Sports’ Skip Bayless did, arguing that Rodgers is under heavier scrutiny and Brady, given his multitude of rings, is effectively on a mind-liberating free roll.

"Aaron Rodgers has 10 times the pressure on him that Brady does," Bayless said on Undisputed. "This is all Aaron has ever wanted. No one has ever played more games before getting to a home championship game than he has. It’s all he has ever talked about. ‘I want the cold. I want Lambeau.’"

To that point, you can chat about the cold and the impact it might have, with temperatures expected to top out at 30 degrees and the fun nuance of each team being led by a California boy who spent virtually all of his career in a chilly climate.

"I never saw [the cold] impact Aaron’s performance," former Packers wide receiver Greg Jennings said on The Herd. "I never saw or heard him mentally even give in to it. Later in Brett Favre’s career, you started hearing him complain about the cold, and you’ve even heard Tom Brady allude to never living in the Northeast any longer in the cold climates."

You can obsess about the plots and subplots, and you can even put your money behind your intuition. The savvy folks at FOX Bet think they know who is going to come out on top, with Green Bay listed as a 3.5-point favorite heading into Sunday’s clash. Plenty of others think they know, too, and social media is predictably teeming with assertions and prognostications surrounding the game.

I don’t know. I really don’t. This time, I’m taking the cowardly, fence-sitting option. Logic suggests the Packers, given their outstanding season and home field and all that. Yet I long ago learned that doubting Brady is a fool’s errand. Heck, doubting either of these quarterbacks hasn’t turned out particularly well for those inclined to do so.

There are powerful weapons on both sides. Tampa Bay’s defense was decisively phenomenal against the Saints, and Rodgers’ top target, Davante Adams, is in imperious form. All I’ve got is this: Somehow, you just know there’s going to be drama — and a lot of it.

You can predict the game, parse it, anticipate it, all or some or none of the above. But there’s really only a few vital things to do between now and arguably the most significant and historic quarterback duel ever seen, and they are your most important jobs.

Clear your schedule, get the household chores out of the way, banish all distractions. Then grab a scotch, a protein smoothie or whatever you like – and watch it all unfold.

Trade Deshaun Now
Colin Cowherd is always thinking. On Monday, he thought up five reasons the Houston Texans should move off their superstar quarterback.
19 mins ago