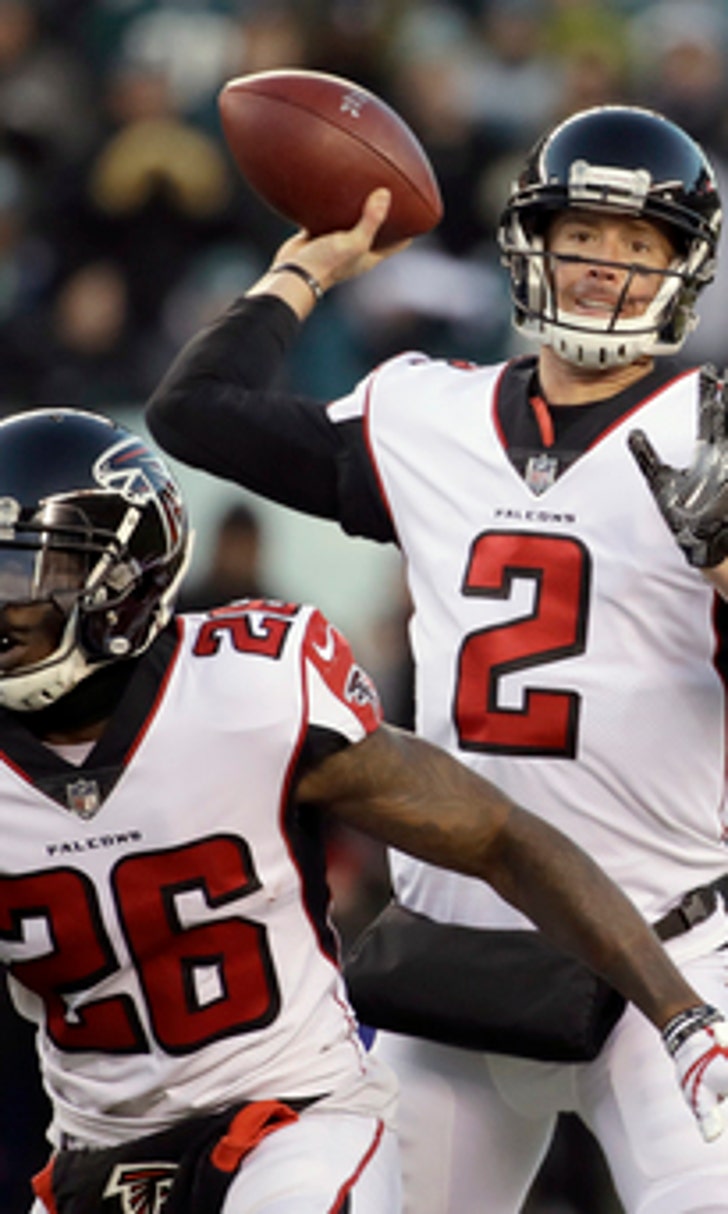 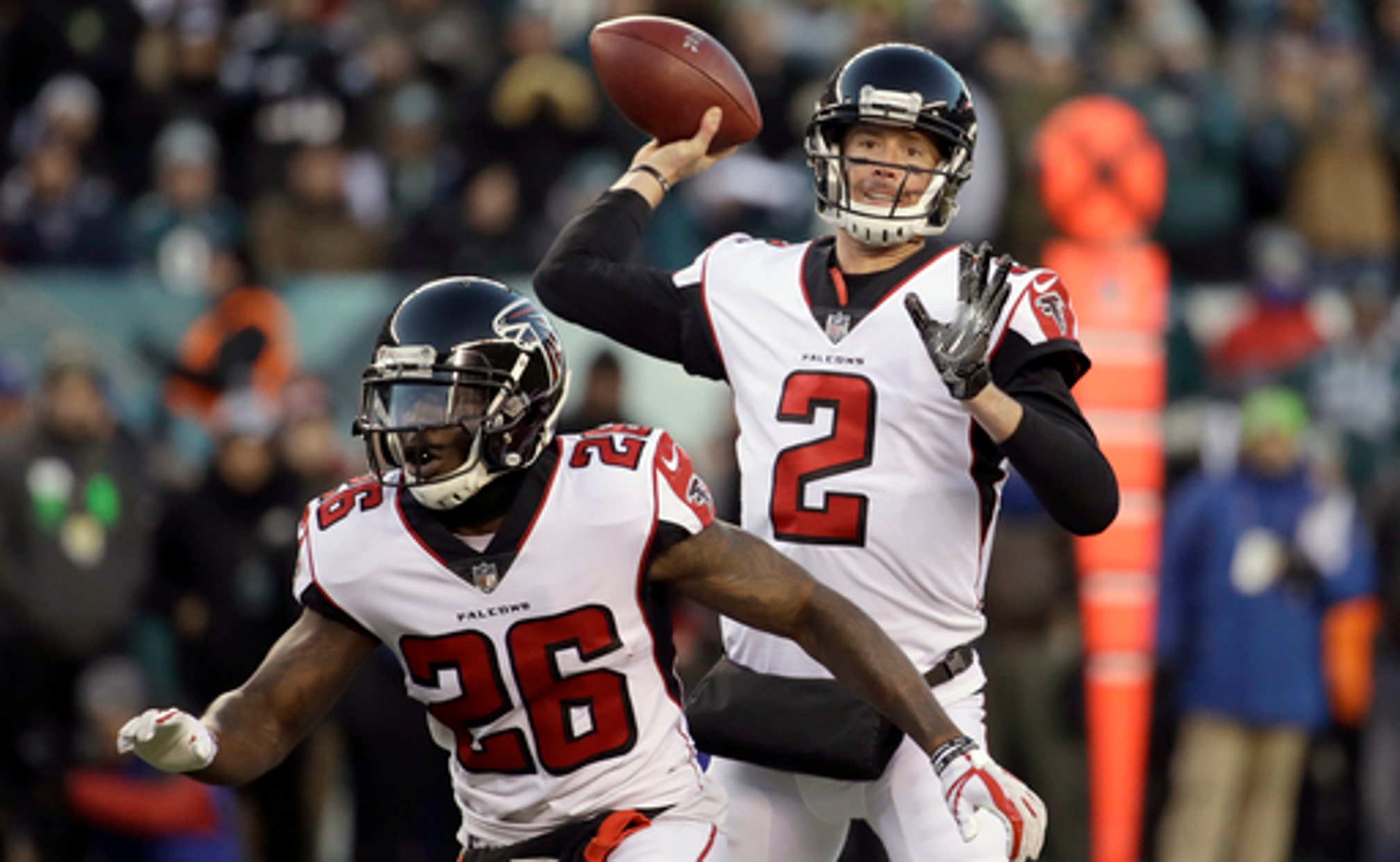 The Latest on the NFL playoffs on divisional weekend (all times EST):

Tom Brady has his second touchdown pass of the game, connecting with Chris Hogan from 4 yards to give the Patriots a 21-7 lead with under two minutes left in the first half.

After punting on its first two possessions and falling behind 7-0, New England scored on three straight drives to pull away.

It's the 21st time in his career that Brady has thrown for two or more TDs in a postseason game. That extends his own NFL record.

James White has made it 14-7 for the Patriots with his second touchdown of the game.

White ran it in from 6 yards midway through the second quarter, carrying a tackler over the goal line just inside the pylon to give New England its first lead of the game.

White also scored early in the quarter on a 5-yard pass that was essentially a handoff.

White had three TDs in the Patriots' previous playoff game - the victory over the Atlanta Falcons in the Super Bowl. White had one TD receiving in that game and two running, including the game-winner in overtime.

The Patriots have quickly tied their AFC divisional playoff game against the Tennessee Titans.

Tom Brady threw a short shuttle pass to James White, who ran it in from the 5-yard line to make it 7-7 early in the second quarter.

The Patriots appeared to have a touchdown three plays earlier, when Dion Lewis caught a pass from Brady and was tackled by Wesley Woodyard at the 19.

Lewis landed on top of the defender, then got up and continued to the end zone.

The officials initially ruled that he had never been down and called it a touchdown. But replays showed Lewis' butt hit the ground at the 19.

The Tennessee Titans have opened the scoring in their AFC divisional playoff game against the New England Patriots.

Corey Davis made a one-handed catch on a 15-yard pass from Marcus Mariota in the corner of the end zone to give the Titans a 7-0 lead with 1:14 left in the first quarter.

The Patriots were 13-point favorites at home. They punted on their first two offensive possessions.

Titans tackle Jack Conklin was slow to get up after a second down running play in the first quarter. Patriots lineman Malcom Brown appeared to roll on his leg. Conklin walked off to the locker room.

Conklin was a first-round pick the Titans acquired after trading away the No. 1 overall pick to the Rams in 2016. He was an All-Pro as a rookie in 2016.

Philadelphia's defense staged a last-minute goal-line stand and Jake Elliott atoned for a missed extra point with three field goals as the Eagles beat the Atlanta Falcons 15-10 to move into the NFC championship game.

Despite being underdogs as the No. 1 seed, the Eagles (14-3) showed plenty of moxie in the tightest spots of the fourth quarter.

They stopped sixth-seeded Atlanta (11-7) after it got to the 9 with a first down, and then on fourth down from the 2 when Matt Ryan's pass sailed over Julio Jones' head in the end zone.

It was the first playoff win for Philadelphia since the 2008 season, and they will host either Minnesota or New Orleans for the conference title next Sunday.

The Falcons, who so memorably blew a 28-3 second-half lead in last year's Super Bowl, won't get a chance to atone for that defeat.

Jake Elliott kicked a 21-yard field goal to extend Philadelphia's lead to 15-10 over the Falcons with 6:02 left in the fourth quarter.

Nick Foles completed a pair of third down passes to extend the drive and coach Doug Pederson called a timeout on fourth-and-1 from the 3 before electing to let Elliott kick the field goal.

Jake Elliott kicked a 37-yard field goal to give the Eagles a 12-10 lead over the Falcons late in the third quarter.

Nick Foles completed three passes to Alshon Jeffery for 46 yards on the drive, including a 21-yard gain on third-and-8 to extend it.

Philadelphia's Jake Elliott kicked a 53-yard field goal at the end of the first half to cut Atlanta's lead to 10-9.

Nick Foles completed a 15-yard pass to Alshon Jeffery with 1 second remaining to set up the field goal.

Elliott missed an extra point earlier in the quarter. The Falcons will receive the kickoff to start the third quarter.

Matt Ryan tossed a 6-yard touchdown pass to Devonta Freeman to give the Atlanta Falcons a 10-6 lead over the Eagles with 5:41 left in the second quarter.

The Falcons took over at the Eagles 18 after a short punt hit a Philadelphia player in a crowd and was recovered by LaRoy Reynolds.

The Eagles then committed a pair of penalties to move the ball to the 8. On third down from the 6, Ryan escaped a sack, stepped up and tossed a pass to Freeman in the end zone.

LeGarrette Blount ran in from the 1 on fourth down to give the Eagles a 6-3 lead early in the second quarter.

Wide receiver Nelson Agholor ran 21 yards on an inside counter on third-and-3 to the Falcons 3.

Nick Foles recovered a fumble two plays later and initially had a touchdown, but then a review showed he was down at the 1.

Blount took a pitch and scored on the next play. Jake Elliott hit the left upright on the extra point.

Matt Bryant kicked a 33-yard field goal to give the Falcons a 3-0 lead after Eagles running back Jay Ajayi fumbled on the opening possession.

Nick Foles underthrew Torrey Smith on the first play from scrimmage but Brian Poole was called for a 42-yard pass interference penalty to put the Eagles at the Atlanta 33.

Ricardo Allen forced Ajayi to fumble on the next play and Matt Ryan drove the Falcons 59 yards into field-goal range. It was Ajayi's second fumble in two games.

The NFL divisional playoffs kick off Saturday with a doubleheader starting in Philadelphia where the Eagles (13-3) are the first No. 1 seed to enter their first postseason game as an underdog against the Atlanta Falcons.

The nightcap features the AFC's top seed, the New England Patriots (13-3), and the No. 5 seed Tennessee Titans (10-7) at Foxborough, Massachusetts.

If Philadelphia wins, it will host the New Orleans-Minnesota winner next Sunday. If Atlanta wins, it will play the NFC championship game on the road at the Saints or Vikings.

The Titans-Patriots winner will play the Jaguars-Steelers winner next Sunday in the AFC title game.

Henry Runs Wild, Mayfield Collapses
The early window on Sunday erupted into chaos late, while the Steelers dominated the Browns and Matt Stafford made history.
October 18
those were the latest stories
Want to see more?
View All Stories
Fox Sports™ and © 2020 Fox Media LLC and Fox Sports Interactive Media, LLC. All rights reserved. Use of this website (including any and all parts and components) constitutes your acceptance of these Terms of Use and Updated Privacy Policy. Advertising Choices. Do Not Sell my Personal Info