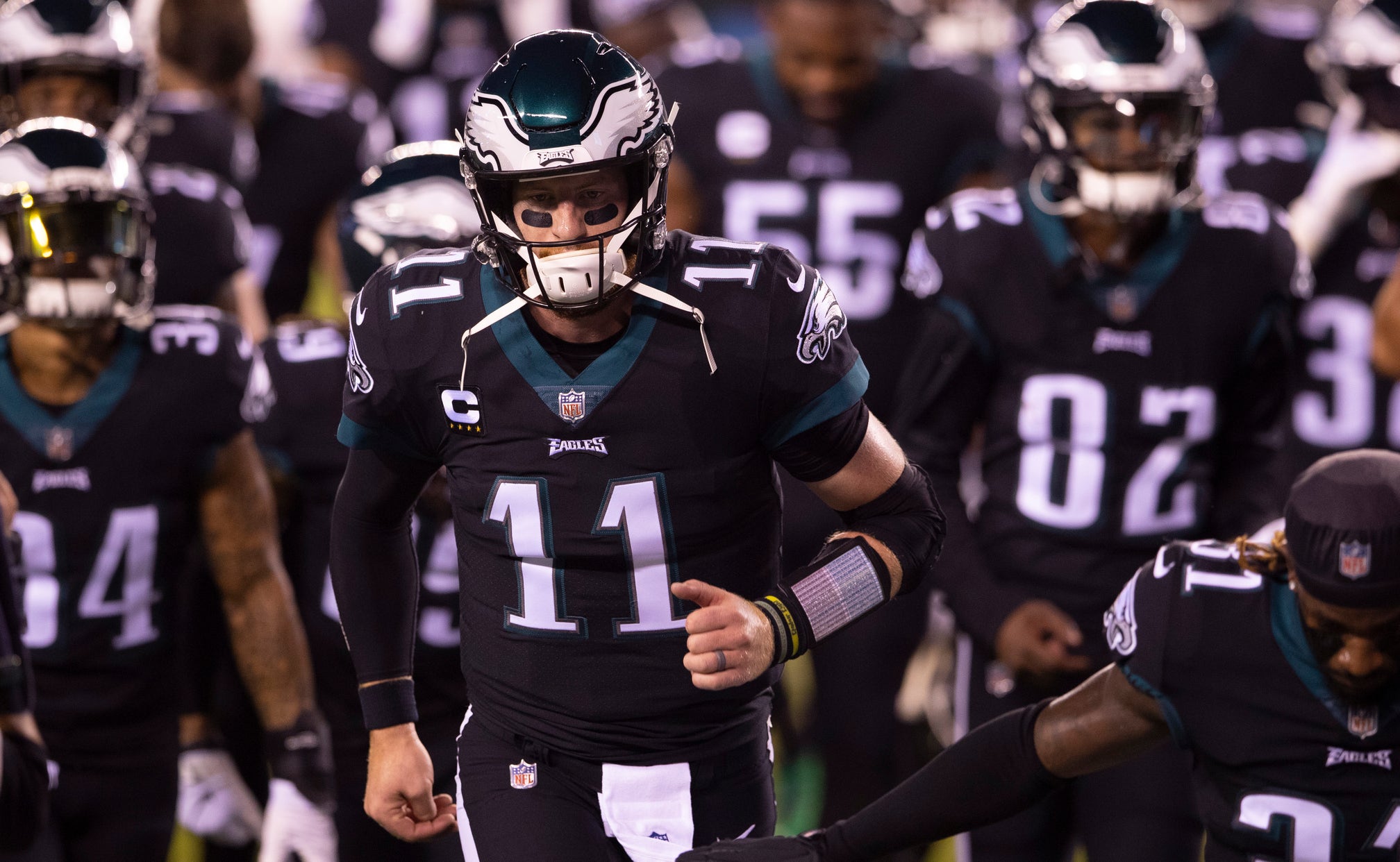 The Philadelphia Eagles, in many ways, are so far the most confounding team of the 2020 season, primarily because of their franchise quarterback, Carson Wentz.

The Eagles sit at 2-4-1 through seven weeks – clearly struggling, but still in first place in the NFC East as the halfway point of the season approaches.

Thursday night turned out to be a heroic performance from Wentz, as he led a comeback win over the New York Giants by converting back-to-back touchdown drives late in the fourth, giving Philly a 22-21 victory.

However, the stats were still kinda wonky.

Wentz threw for 359 yards – his first 300-yard passing game of the season – and added one passing TD and one rushing score. But in the process, he only completed 58.1 percent passes and threw an interception, the tenth time he's turned the ball over through the air in 2020, tying him with Minnesota's Kirk Cousins for the league-lead.

"You can see it on that last play on that touchdown pass to Boston Scott ... He continues to do a lot more with less. This could be the team that wins this thing [the division] late."

But was a fourth quarter comeback only necessary because Wentz couldn't keep up with the Giants the rest of the game?

Nick Wright thinks that Wentz is more a part of the problem than the solution in Philly, based on his inconsistent performances.

Speaking of problems, the Eagles have quite a few, including injuries, which certainly haven't helped Wentz be at his best.

The offensive line featured its sixth starting combination in seven games, and New York had three sacks and registered 10 more hits on Wentz.

Wentz was consistently under pressure all night, and as of Friday, he is the most sacked quarterback in the NFL (28).

Because Wentz was still able to win last night, in spite of the Eagles' injuries and in spite of the pressure he faced, Colin Cowherd went as far as to call Wentz "amazing."

We'll see if Wentz can amaze once again in Week 8, when the Eagles host Dallas in a crucial NFC East tilt in Week 8.