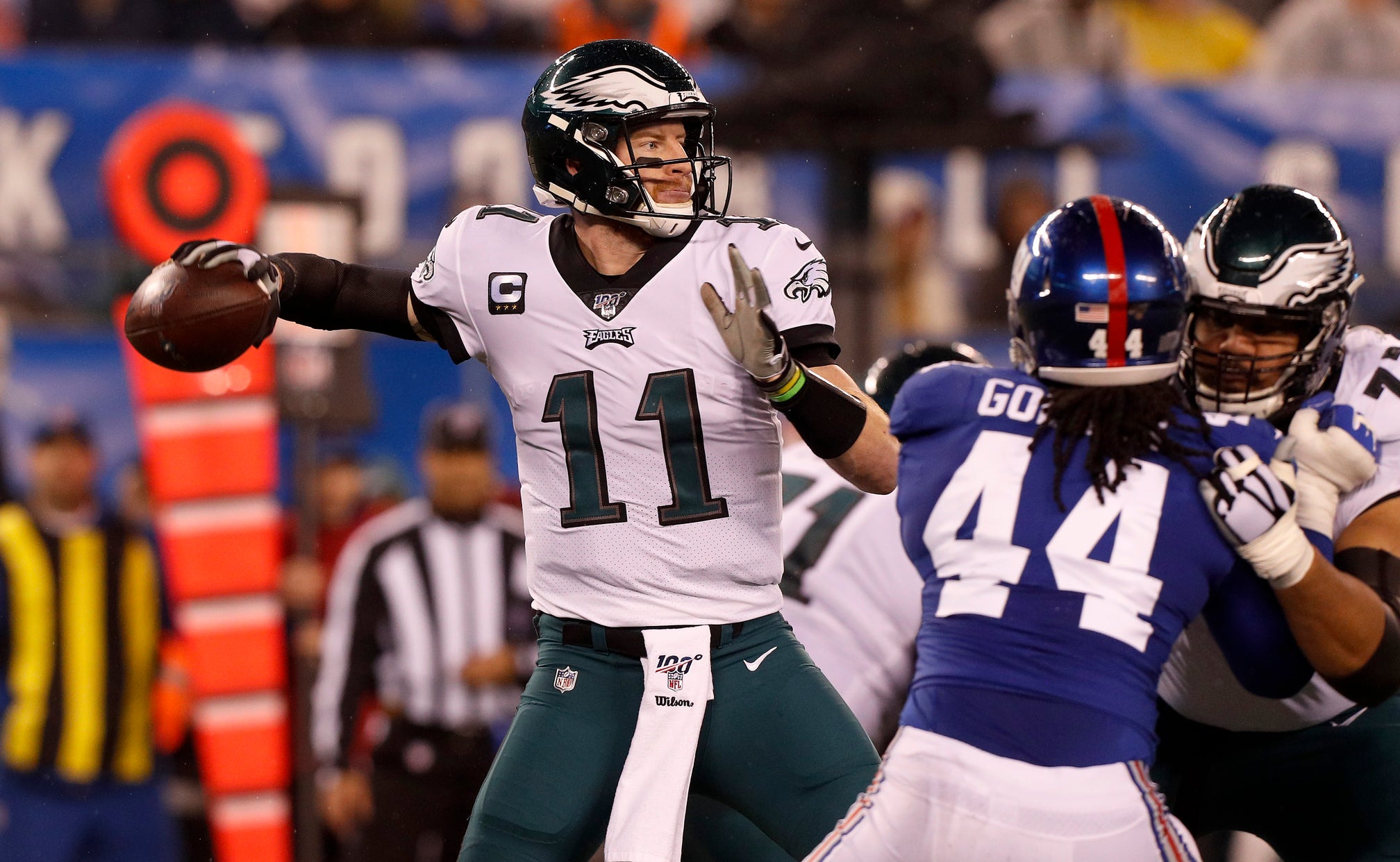 NFL rules mandate there will be a champion in the NFC East this season – even if no team really deserves it.

As Week 7 gets underway, the teams that make up one of the league’s most storied divisions – a group that boasts 13 Super Bowl trophies among its four teams – currently stand with a combined record of 5-18-1. Three of those wins have come in games when one NFC East team played against another divisional foe.

And yet, that means a share of the division lead could be on the line when the New York Giants (1-5) square off against the Philadelphia Eagles (1-4-1) on Thursday night (8 p.m., FOX) at Lincoln Financial Field.

On the FOX Bet Sportsbook, there are more than 50 wagers you could make on Eagles-Giants. So there a lot of options to keep you interested beyond the divisional ramifications.

Here’s some of the betting information to keep an eye out for:

The game opened with the Eagles roughly a six-point favorite over a Giants team they have beaten seven consecutive times dating back to 2016. However, a series of key injuries will likely leave Philadelphia without starting tight end Zach Ertz and running back Miles Sanders, and their potential absences have lowered that line to a four-point advantage for Philly.

The over/under number is 43, which is extremely low in this high-scoring age in the NFL.

Another fact to remember: Five of the Eagles' seven straight victories in the series have been by seven points or less.

There’s a BetBoost item to double your money if you think the Eagles will score a touchdown in both the first and second half. While the line would appear to forecast a very low scoring game between these two, that would still be a good bet to target.

Another one to keep an eye on would be Philly's Boston Scott rushing for 75 yards and scoring a rushing touchdown, which currently has odds at FOXBet.com at +200. In two games against the Giants last season, Scott became a Philadelphia folk hero with four touchdowns scored. He figures to get a lot of carries this week with Sanders on the shelf.

Finally, there’s a three-player bet that could be interesting and takes advantage of the new faces in the Philadelphia lineup. The bet has Carson Wentz passing for 275 or more yards, Richard Rodgers having 75 or more receiving yards and Scott rushing for 75 yards plus. That bet currently stands at +1400 – not a bad one to throw a few dollars down upon.

There are three Giants players who figure to get a lot of attention this week on the offensive side: QB Daniel Jones, WR Darius Slayton and RB Devonta Freeman.

The Jones/Slayton duo is one that is the highlighted prop in this spot. If Jones throws for 275 or more passing yards and 75 or more of those end up as Slayton receptions, you could win +200 on your bet.

Finally, an overtime bet is not out of play here. These two teams were more clearly separated last season when they met in December in Philadelphia and yet, the Giants forced Philadelphia to overtime before the Eagles won. An overtime yes bet is +1200 on FOX Bet.

It is one of the biggest games of the year in the NFC East and FOXBet.com is the place you should go to get all the latest odds and prop bets to help you make your selection. Sign up today.