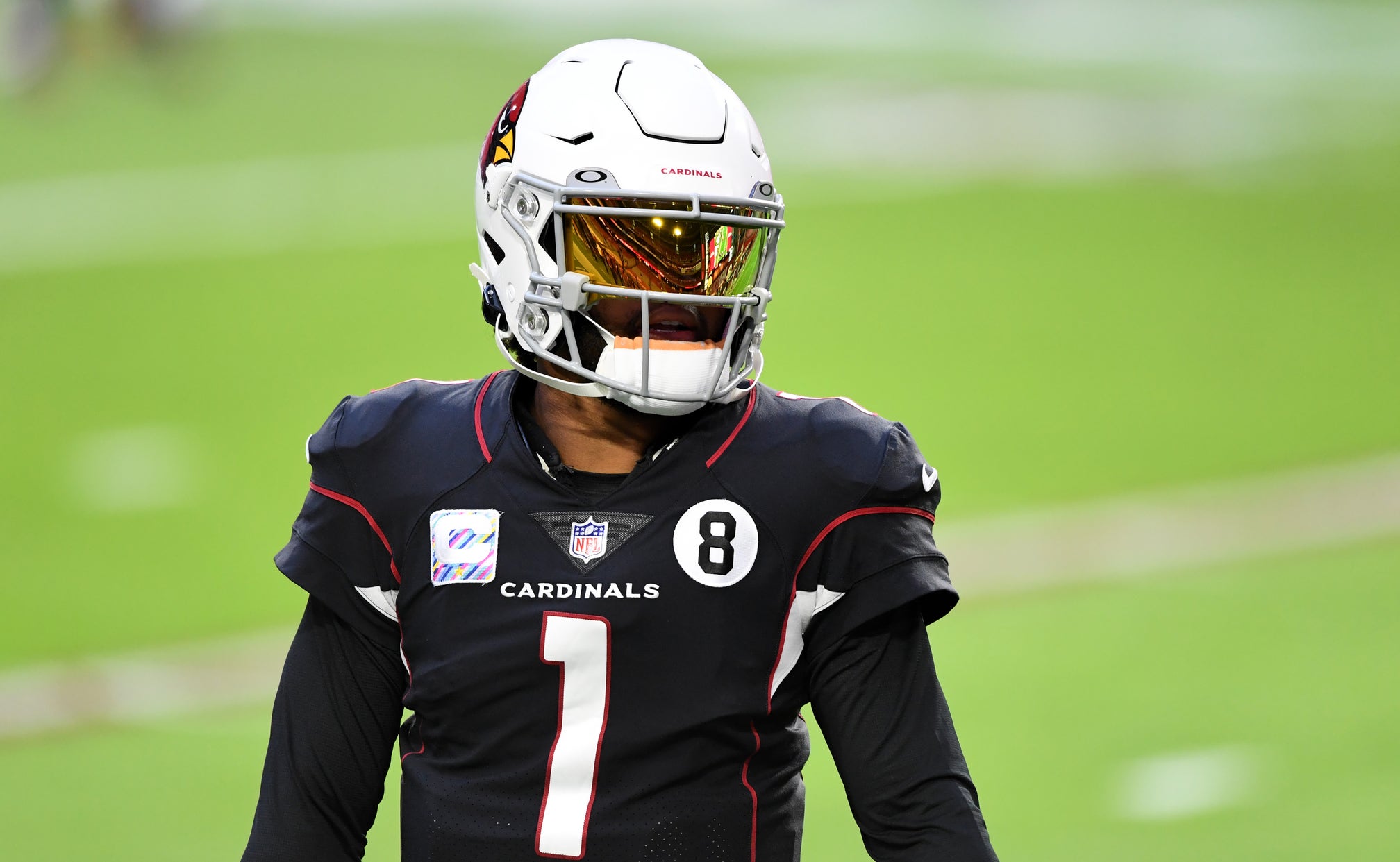 Before Sunday, Seattle Seahawks quarterback Russell Wilson was, in the eyes of many, a no-brainer for NFL MVP frontrunner, especially if he continued his scorching-hot play to begin the season throughout the rest of the year.

And after his third touchdown pass against the Arizona Cardinals on Sunday night, that narrative is surely set to continue, considering he made history in the process.

However, it was another story that stole the headlines after the Cardinals and Seahawks did battle in an overtime thriller.

And while it also involved Wilson, it was equal parts his counterpart.

Kyler Murray is the shortest quarterback in the NFL, listed at a mere 5'10", and in second is Wilson, who lands at 5'11".

They are the only quarterbacks in the league that are shorter than 6'0" tall, and if social media history is any indication, before he made his NFL dreams come true, Murray looked up to Wilson because of it.

Prior to Sunday, Wilson and Murray were 1-1 in head-to-head matchups, and coming into their first NFC West tilt of 2020, Seattle held a 5-0 record and represented one of two undefeated teams in the NFL, after Pittsburgh defeated Tennessee earlier in the day.

As the fourth quarter neared its close, it appeared that the Seahawks would join the Steelers in the 6-0 club, after Wilson found Tyler Lockett for a score with 6:34 left in the game, putting Seattle up 10.

But Murray was not to be outdone. On Arizona's next drive, he took the Cardinals 75 yards in 14 plays, finishing the possession with a TD strike to Christian Kirk, cutting Seattle's lead to three with 2:28 to go.

The Seahawks then punted after five plays on their next possession, giving the ball back to Murray, who quickly moved Arizona into field goal range to tie the game with no time left on the clock, forcing overtime.

In OT, an interception of Wilson by rookie linebacker Isaiah Simmons would prove to be the deciding factor, as Murray and the Cardinals once again moved into field goal range and Zane Gonzalez closed the door on Seattle's 6-0 campaign.

Wilson finished the night 33 of 50 passing for 388 yards, three touchdowns and three interceptions, only the fourth time in his nine-year career that he's thrown three or more picks. He also rushed for 84 yards on six carries.

Murray went 34-for-48 passing, tallying 360 yards through the air, including three touchdowns and just one interception. He also carried the ball 14 times for 67 yards and a TD.

And naturally, with the win over his undersized predecessor, all of the talk on Monday morning was about Murray's success.

"It was a great shootout between two gifted quarterbacks, one who's becoming the other one. My biggest takeaway was, in just his second season in the National Football League, Kyler Murray has already launched himself at least into the MVP discussion."

Murray, in his sophomore campaign, has carried the Cardinals to a 5-2 record through seven weeks, including a 3-1 record on the road.

And while Murray might not be firing on all cylinders through the air – he has seven picks in seven games – he is dominating via the rushing attack, registering 437 rushing yards this season, good for 11th in the league, and seven rushing TDs, tied for most in the league.

But as Bayless acknowledged, Murray might not be in the position he's in if it weren't for Wilson, who blazed a trail for the smaller quarterback when he took over as starter for the Seattle franchise back in 2012.

Since then, Wilson is a 7-time Pro Bowler and won a Super Bowl with the Seahawks back in 2014.

Nick Wright addressed Murray's success – on Sunday against Seattle and so far in his professional career – via the trail blazed by Wilson.

Whether Kyler Murray is the next Russell Wilson in terms of winning and accolades is yet to be seen. But when it comes to ability, the similarities between the two are glaring.

And Wilson, despite his height limitations, is by no stretch of the imagination a bad QB to resemble in 2020.