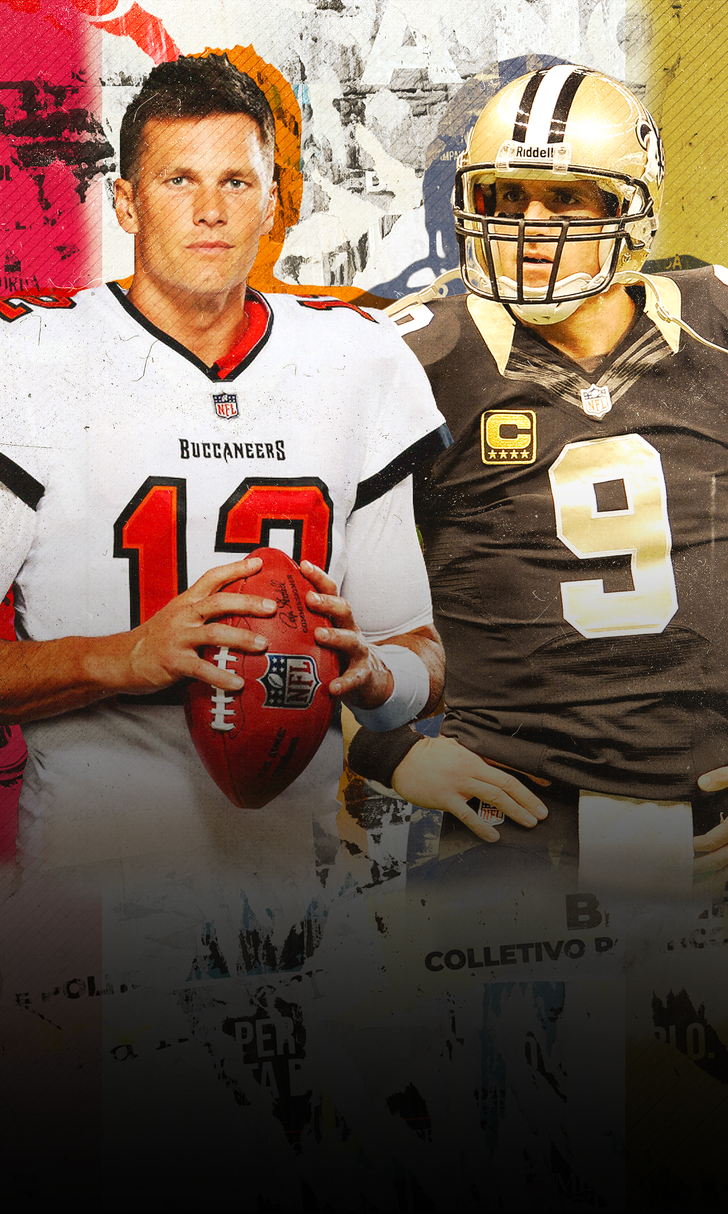 The NFC South has belonged to Drew Brees and New Orleans since 2017, with the Saints claiming the division crown each of the last three seasons.

But if Brees wants to keep his team atop the division moving forward, he will have to fend off arguably the greatest quarterback of all-time in Tom Brady, who joined the Tampa Bay Buccaneers this offseason.

The Buccaneers finished last season 7-9 overall and 2-4 in the division, but with Brady in the fold, along with one of the most explosive wide receiver duos in the league in Mike Evans and Chris Godwin, Colin Cowherd believes that Brady now has the most talented roster of his career.

"They are going to kick the crap out of most of the teams they play. This is only the second time in Tom's career where he's had unbelievable talent ... They are stacked at tight end, they are stacked at wide receiver, they have upgraded at running back."

However, there will be more on the line this season between Brady and Brees than just the NFC South title.

First, the record books will be up for grabs.

While Brady has a ways to go before passing Brees in yards and completions, career touchdowns are well within his grasp.

However, while Brady might be chasing Brees' still-evolving NFL records, Brees – along with everyone else – is chasing Brady in the GOAT debate.

But, as Brady presumably nears the end of his career – he just turned 43 – Brees and others have arguably the best opportunity they've had in decades to firmly supplant Brady as the best quarterback in today's game.

Reigning Super Bowl MVP Patrick Mahomes, reigning NFL MVP Lamar Jackson, and former Super Bowl champion Russell Wilson are believed by many to be the top QBs in the game, but Brady and Brees are still in the mix.

This past week, Brees was voted the 12th best player in football by his peers.

That might be one of the reasons why Brees' teammate, Pro Bowl defensive end Cam Jordan, said this past week that Brees is the greatest QB to ever play the game.

Brees will have a chance to back up Jordan's claim in Week 1 of the 2020 season, when the Buccaneers travel to New Orleans to open the season in the Superdome. The Saints will then travel to Tampa Bay in Week 9.

Although the two superstar QBs have played a combined 39 professional seasons, and have both been in the league together for the last 19 years, their rivalry is just beginning, considering they've only played in the same conference for five of the last 19 seasons.

Bills Hold off Rams' Charge
Per usual, the early window of NFL Sunday was a wild one. Check out the major takeaways from the first half of the day.
56 mins ago