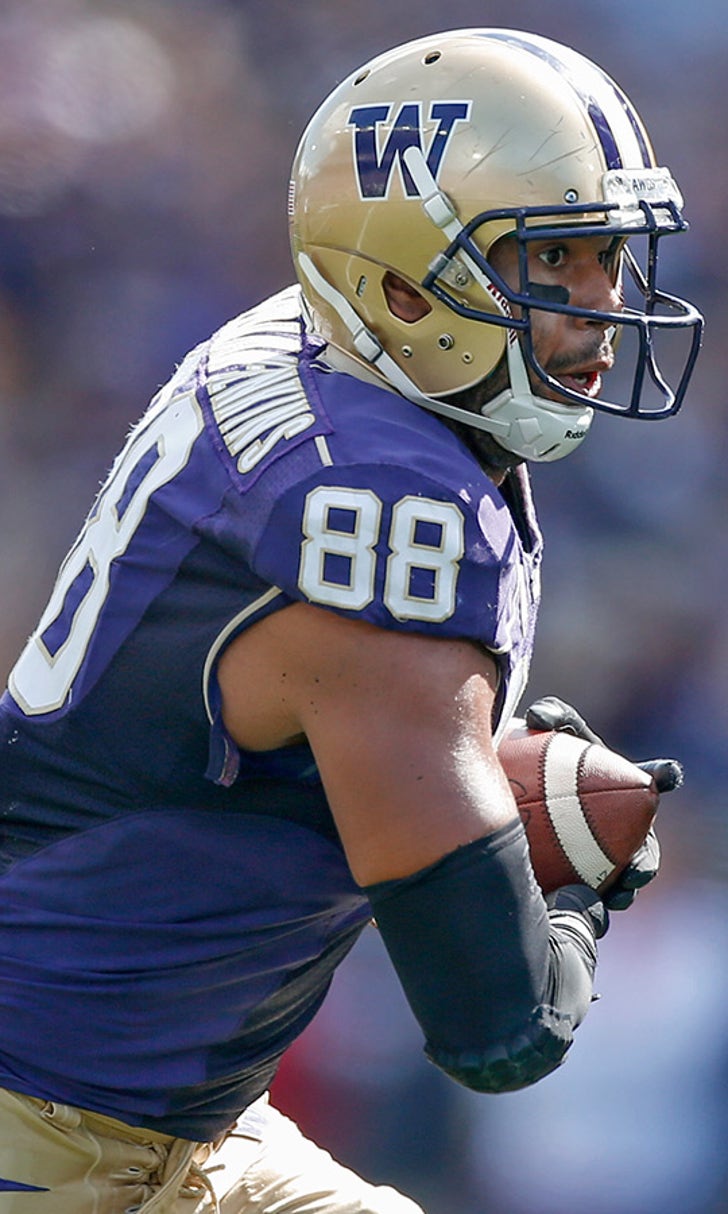 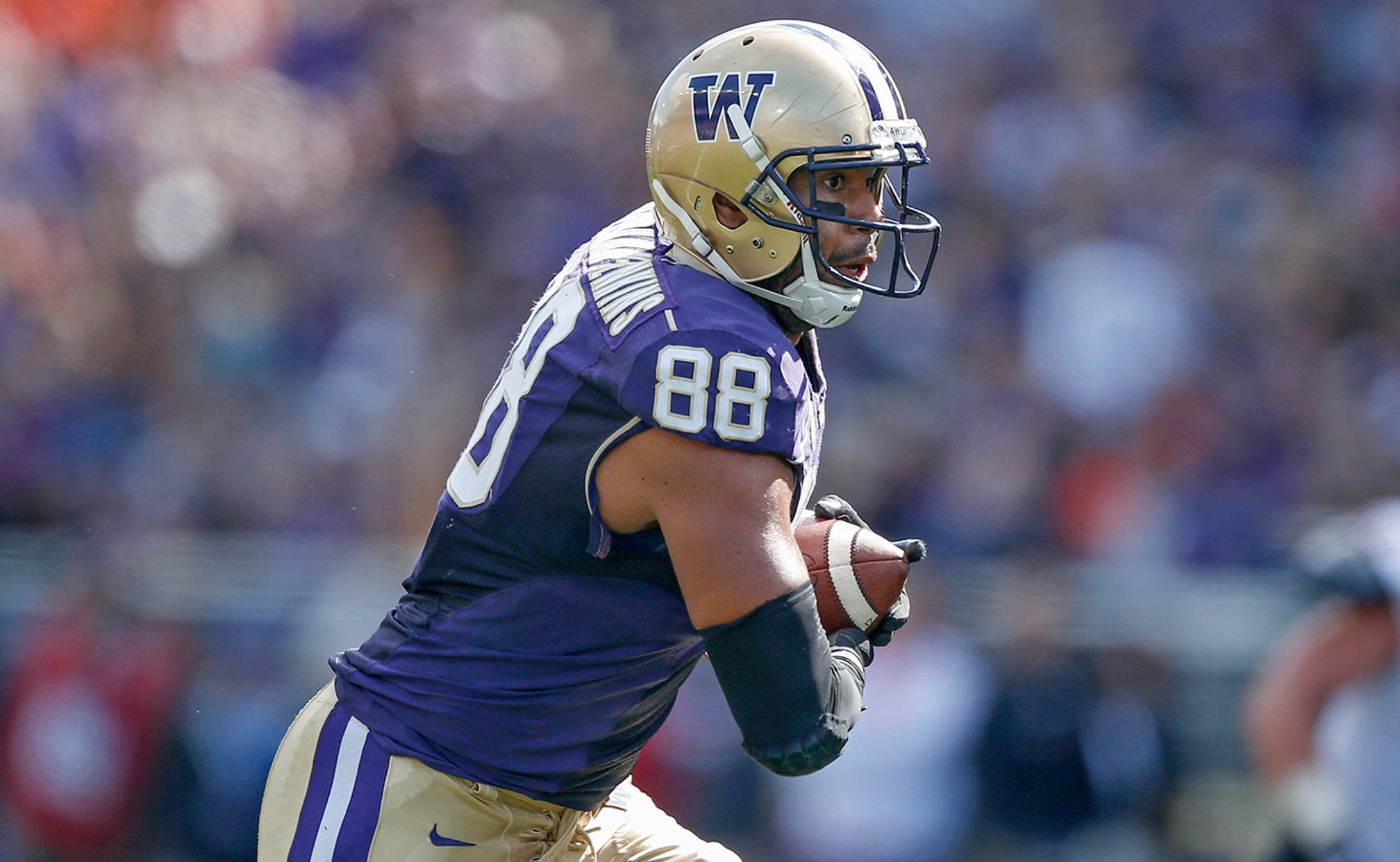 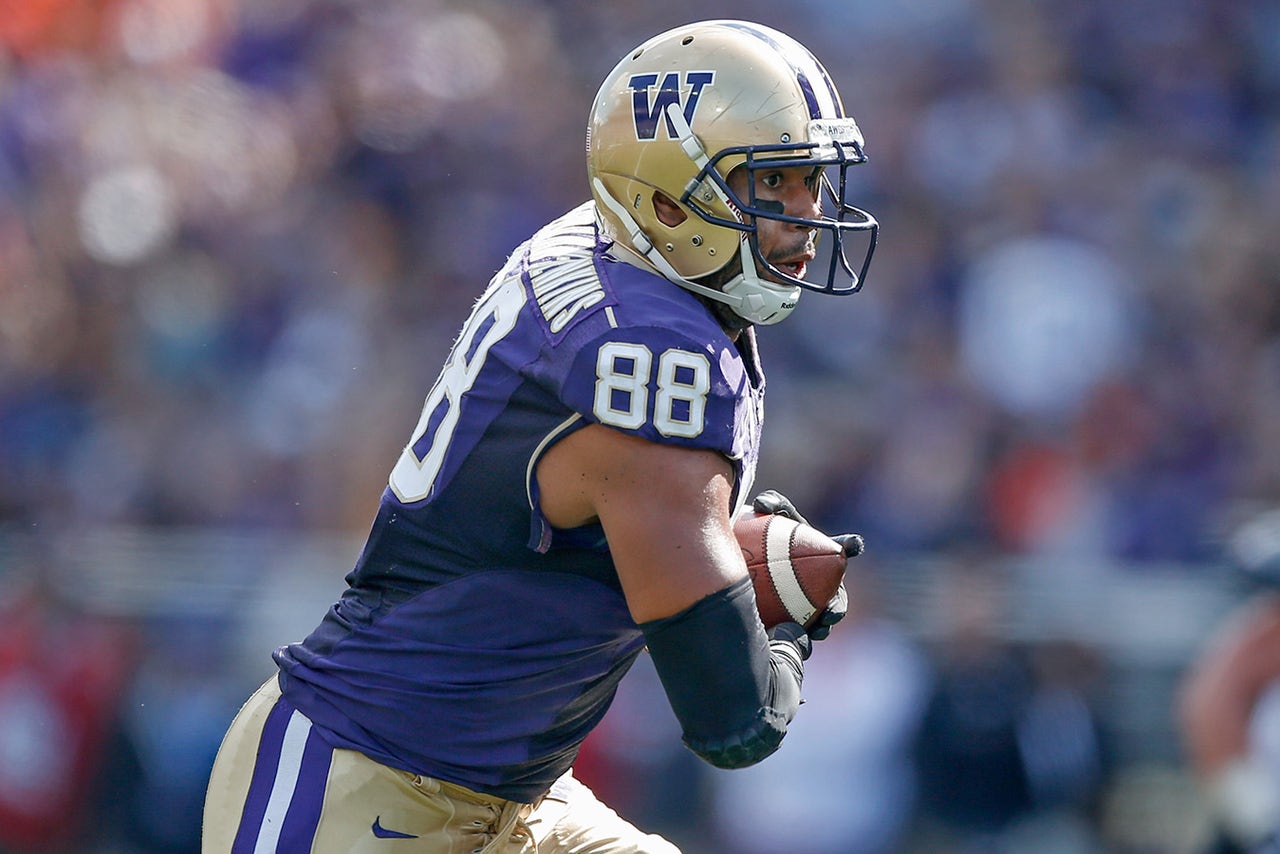 Washington tight end Austin Seferian-Jenkins has a tough decision to make after his team plays BYU in the Fight Hunger Bowl Dec. 27: Stay in school for another season or make the leap to the NFL.

Seferian-Jenkins, a junior who won the 2013 John Mackey Award given to the nation's most impressive tight end, received a second-round grade from the NFL Advisory Committee, a source informed on the situation told FOXSports.com.

The committee, which is made up of pro scouts, typically reviews the player's tape and tabulates a grade for each player that applies. The player will fall into five categories: first, second, third, fourth-seventh or unlikely to be drafted. While the grade isn't foolproof, it gives the player and his family an idea of where he's pegged to go in the draft.

The 6-foot-6, 276-pound tight end posted career lows in receptions (33) and yards (413), but proved to be a consistent threat in the red zone hauling in 7 touchdowns.

Seferian-Jenkins was named a third team/honorable mention All-American by The Associated Press earlier this week.

While he has dazzled on the field during his three years in Seattle, NFL teams will question his judgment after a July DUI arrest, which made national headlines. If Seferian-Jenkins can prove he was humbled by his mistake, he'll likely be one of the first players selected from his position.

North Carolina's Eric Ebron and Texas Tech's Jace Amaro, who still has to make a decision, will also be highly regarded tight ends.

Feeling the Heat
The heat is on Carson Wentz in Philly. Can he hold off Jalen Hurts and maintain his starting job for the remainder of 2020?
42 mins ago

The Ultimate QB Scramble
Geoff Schwartz details how the Broncos actually tried to install their offense and how NFL teams prepare each week.
3 hours ago

Time Is Not On The Bucs' Side
The clock is ticking for Tom Brady and Bruce Arians to get on the same page, Geoff Schwartz writes.
4 hours ago

Crown the King
Derrick Henry is the best RB in the NFL. But that's not enough for Charlotte Wilder. She thinks he deserves the highest title.
4 hours ago

Green Bay Pummels Chicago on SNF
The Packers routed the rival Bears in Week 12's finale, putting on a clinic on both sides of the ball.
16 hours ago
those were the latest stories
Want to see more?
View All Stories
Fox Sports™ and © 2020 Fox Media LLC and Fox Sports Interactive Media, LLC. All rights reserved. Use of this website (including any and all parts and components) constitutes your acceptance of these Terms of Use and Updated Privacy Policy. Advertising Choices. Do Not Sell my Personal Info