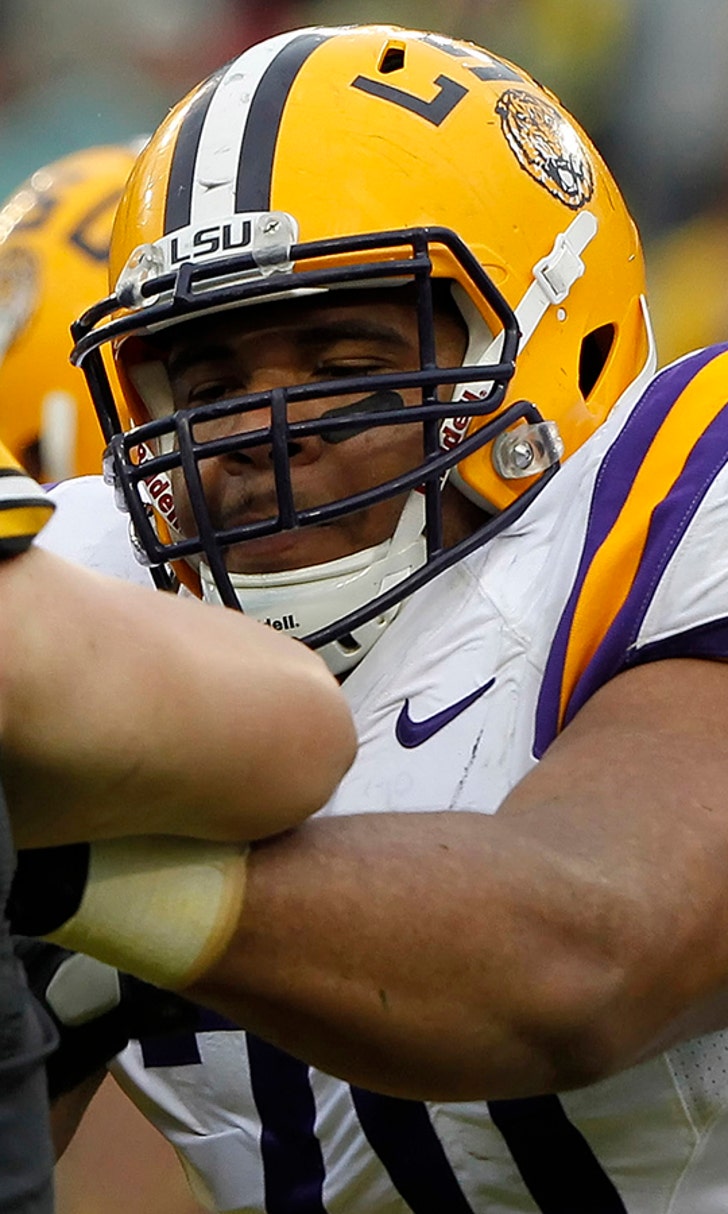 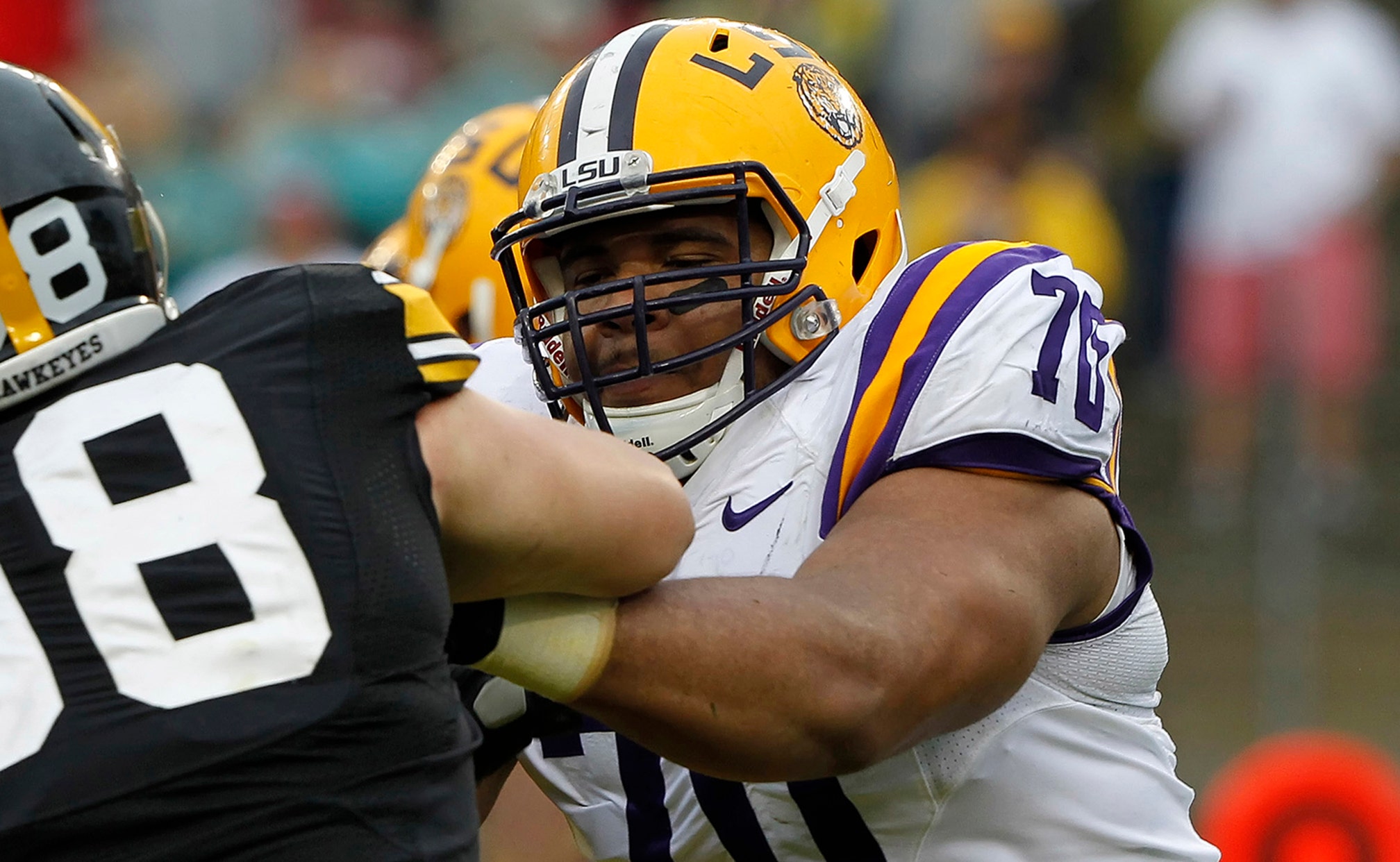 Source: Giants 'in the mix' for La'el Collins 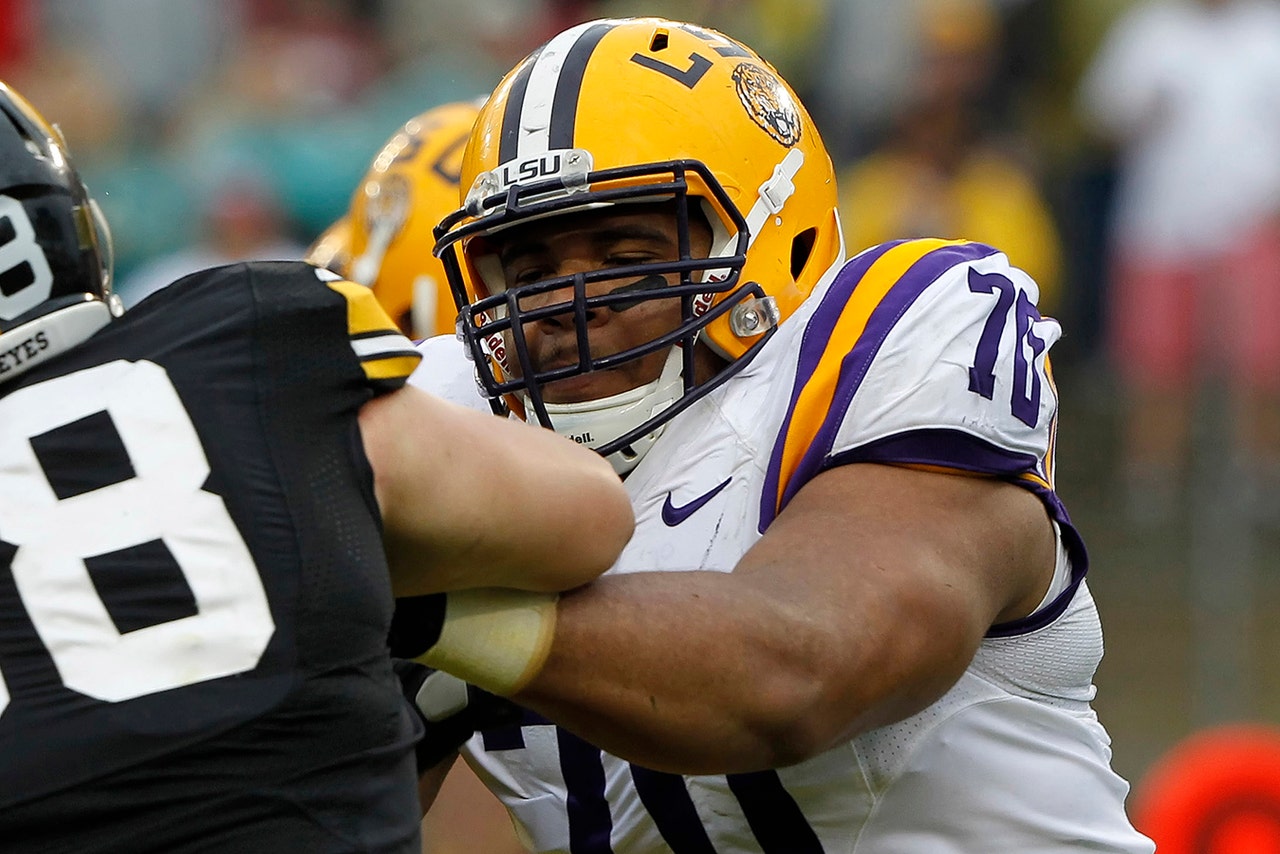 By now you might know the La'el Collins draft story, but if not, let's recap. Just hours before the draft was set to begin, Collins found himself in a precarious position. The police wanted to question him following the death of a pregnant woman, who was believed to be an ex-girlfriend, even though he was not a suspect. His hurdle was that the interview was set to take place Monday, two days after the draft had already concluded.

Without the necessary information, all teams passed on Collins and he went undrafted. Collins went from initially being a shoe-in first-round draft pick to not hearing his name called out at all.

However, his situation could clear up quickly if he is absorbed of any potential wrongdoing after speaking with police. At that point, he would become a free agent and he could sign with any team. This week, reports have surfaced that the Buffalo Bills and Miami Dolphins have already began courting Collins.

A source tells True Jersey's Jordan Raanan that the Giants are "in the mix" to sign Collins. As Raanan points out, Odell Beckham Jr. and Collins were a part of the same recruiting class and the same team at LSU.

Collins graded out as the NCAA's single best run blocker and pass protector in 2014, according to Pro Football Focus, a website dedicated to charting and grading every single snap for every player. His addition would bolster the Giants' depth, but Collins would also likely be given an opportunity to compete for a starting job.

The Giants currently seem set at left tackle with Will Beatty, left guard with Geoff Schwartz and center with Weston Richburg. However, the right side of the line is more fluid. Justin Pugh and Ereck Flowers project as the best options to fill out the right guard and tackle spots, but Collins would definitely compete to win either spot in year one. Also, although Beatty had a bounce back season in 2014, he was a major liability in 2013. If he were to revert back to his poor play, the Giants would have an extra insurance plan to slide in at left tackle.

Colin Cowherd's Blazin' 5: Week 12
Check out Colin Cowherd's favorite five picks against the spread ahead of Week 12 action in the NFL.
16 hours ago
those were the latest stories
Want to see more?
View All Stories
Fox Sports™ and © 2020 Fox Media LLC and Fox Sports Interactive Media, LLC. All rights reserved. Use of this website (including any and all parts and components) constitutes your acceptance of these Terms of Use and Updated Privacy Policy. Advertising Choices. Do Not Sell my Personal Info