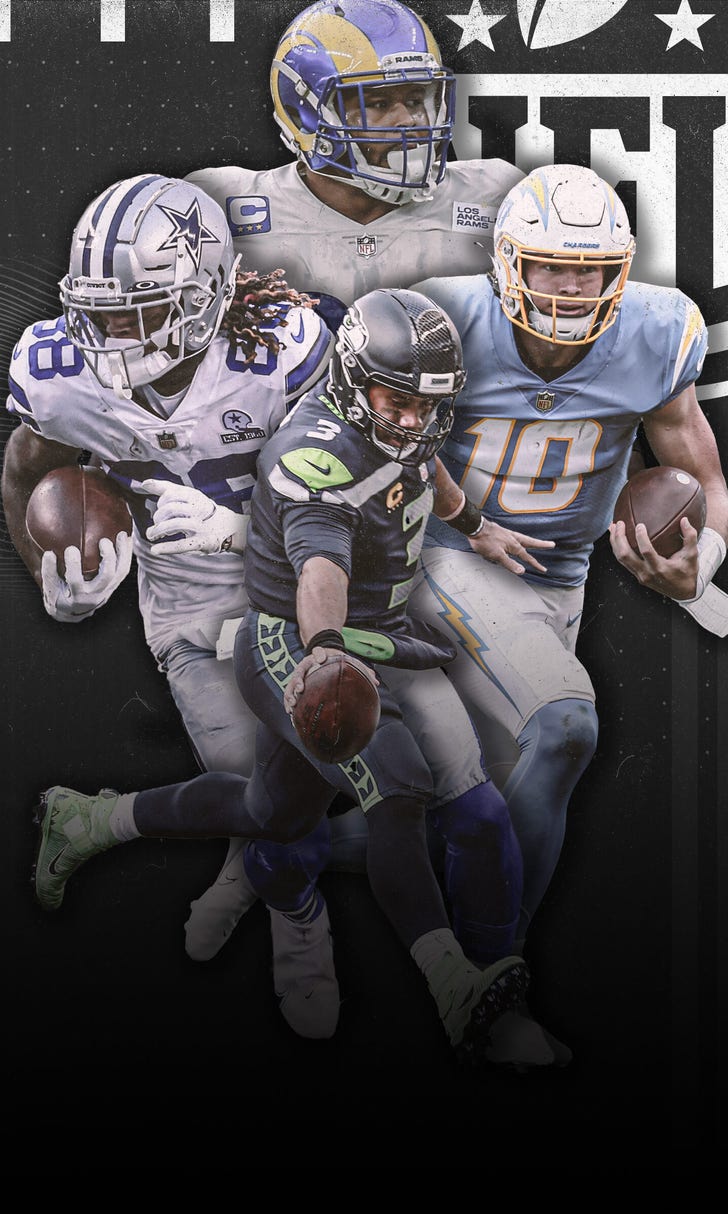 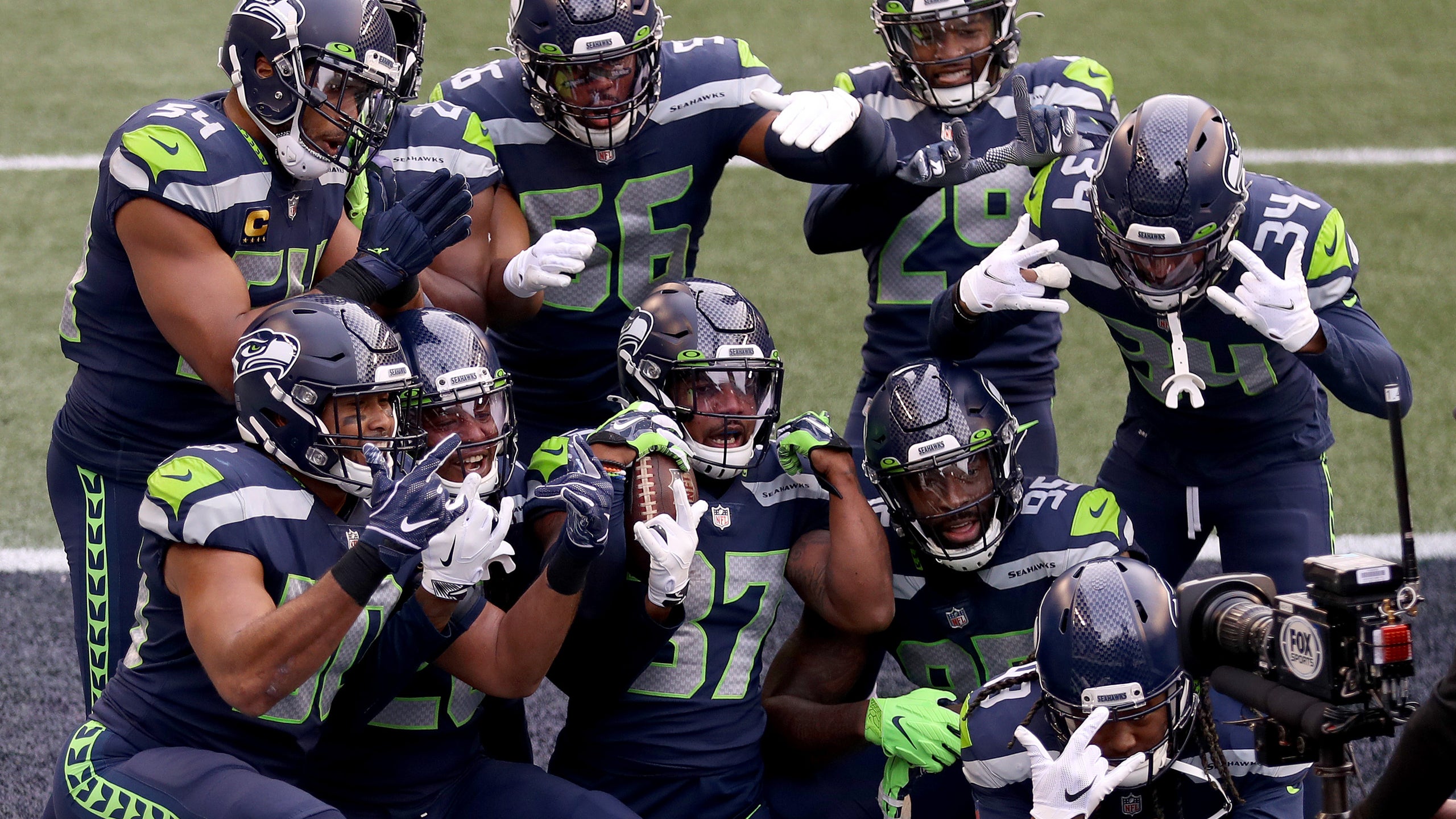 On Sunday afternoon, the NFC West was won, while the NFC East is still up for grabs.

Check out what else happened in the second window of Week 16.

Seattle locks up the NFC West

It wasn't pretty, but Seattle defended its home turf in knocking off the LA Rams, 20-9, earning the division crown in the process.

It was a slow start for Seattle's offense, as quarterback Russell Wilson failed to find the end zone in the first half.

Wilson did find some of his rhythm after the break, and finished the day with 225 yards and one touchdown, while adding another score on the ground.

After coming out blazing to begin the season, Wilson has tossed just one touchdown in four of the last five games – but on Sunday, he got it done when it counted.

Meanwhile, the opposing quarterback – Jared Goff – was less that spectacular, completing 24 of 43 passes for 234 yards and one interception, finishing the day with a 61.6 passer rating.

It marked Goff's third game of the season without a touchdown pass, and second time against the Seahawks this year..

On the strength of Andy Dalton's arm, Dallas took down division-rival Philadelphia on Sunday, 37-17, eliminating the Eagles from playoff contention.

Dallas is now tied with the Washington Football Team atop the NFC East (6-9) with just one game remaining for the division's automatic playoff bid.

Dalton finished with 377 yards through the air, three touchdowns and just one interception, earning a 134.7 passer rating on the day.

Ezekiel Elliot hit the 100-yard mark on the ground for just the second time this season, putting up 105 yards on 19 carries.

The Cowboys defense did its part as well, picking off Jalen Hurts twice and bottling him up after he gave Philly a 14-3 lead with an 81-yard TD pass to DeSean Jackson.

The rookie Hurts capped off another impressive performance with 342 passing yards and a TD, but he added a lost fumble to his two interceptions.

With the NFC East title on the line, Washington failed to earn its first division crown since 2015, losing to Carolina at home, 20-13.

It's been a carousel of a season for the NFC East, with each team holding both first place and last place at one point in the year.

WFT quarterback Dwayne Haskins passed for 36 yards in the first half, but added in three turnovers – two interceptions and a fumble – before he was eventually replaced by Taylor Heinicke.

Heinicke, a former Panthers backup, went 12-of-19 for 137 yards and one touchdown.

The one bright spot for Washington was rookie standout Chase Young, who kept the Football Team in the game in the third quarter.

The division will be decided in Week 17. If WFT wins at Philly, its in.

If Washington loses, the winner of Cowboys at Giants is in.

The Chargers came out on top in another close call, defeating the Broncos, 19-16.

It was just your average day for Herbert, setting more rookie records while tossing for 253 yards and one touchdown.

The other is Patrick Mahomes.

Herbert spread the love, passing it to seven different receivers, but his favorite target was Mike Williams, who also made plays on defense Sunday.

What To Do When Football Season Ends?
This NFL season has served as a genuine relief for so many fans. So what's on the agenda next? Martin Rogers has the answer.
4 hours ago

Flipping The Switch
The Chiefs struggled against the spread to close the season. But the playoffs are an entirely different ballgame, Sammy P writes.
12 hours ago

The Long Run
Lamar Jackson is poised for a hefty contract extension with the Ravens. But can they go the distance with his style of play?
13 hours ago

NFL Mock Draft 6.0
With the Super Bowl fast approaching and the combine next on the NFL calendar, check out Jason McIntyre's latest Mock Draft.
15 hours ago
those were the latest stories
Want to see more?
View All Stories
Fox Sports™ and © 2021 Fox Media LLC and Fox Sports Interactive Media, LLC. All rights reserved. Use of this website (including any and all parts and components) constitutes your acceptance of these Terms of Use and Updated Privacy Policy. Advertising Choices. Do Not Sell my Personal Info